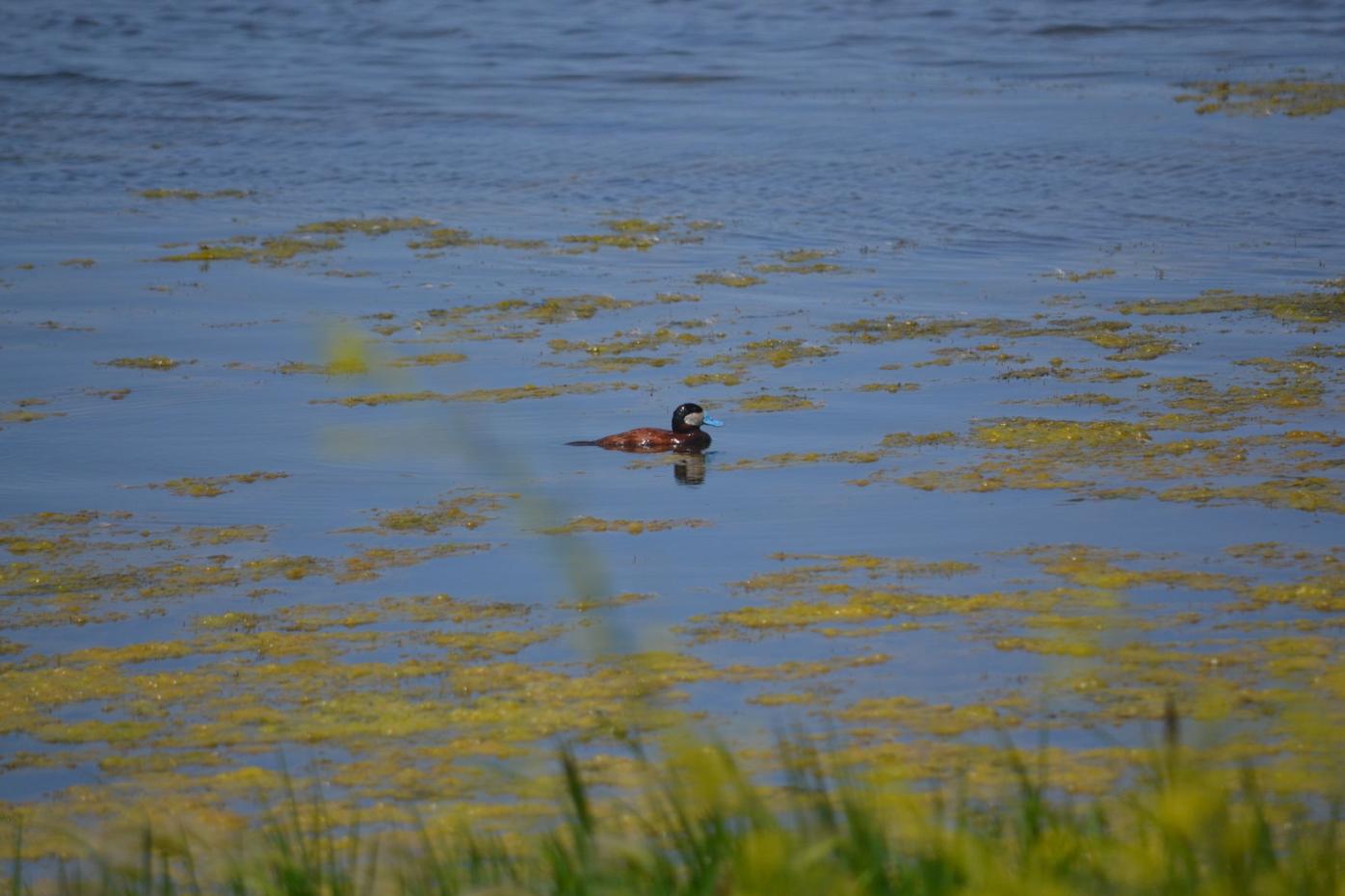 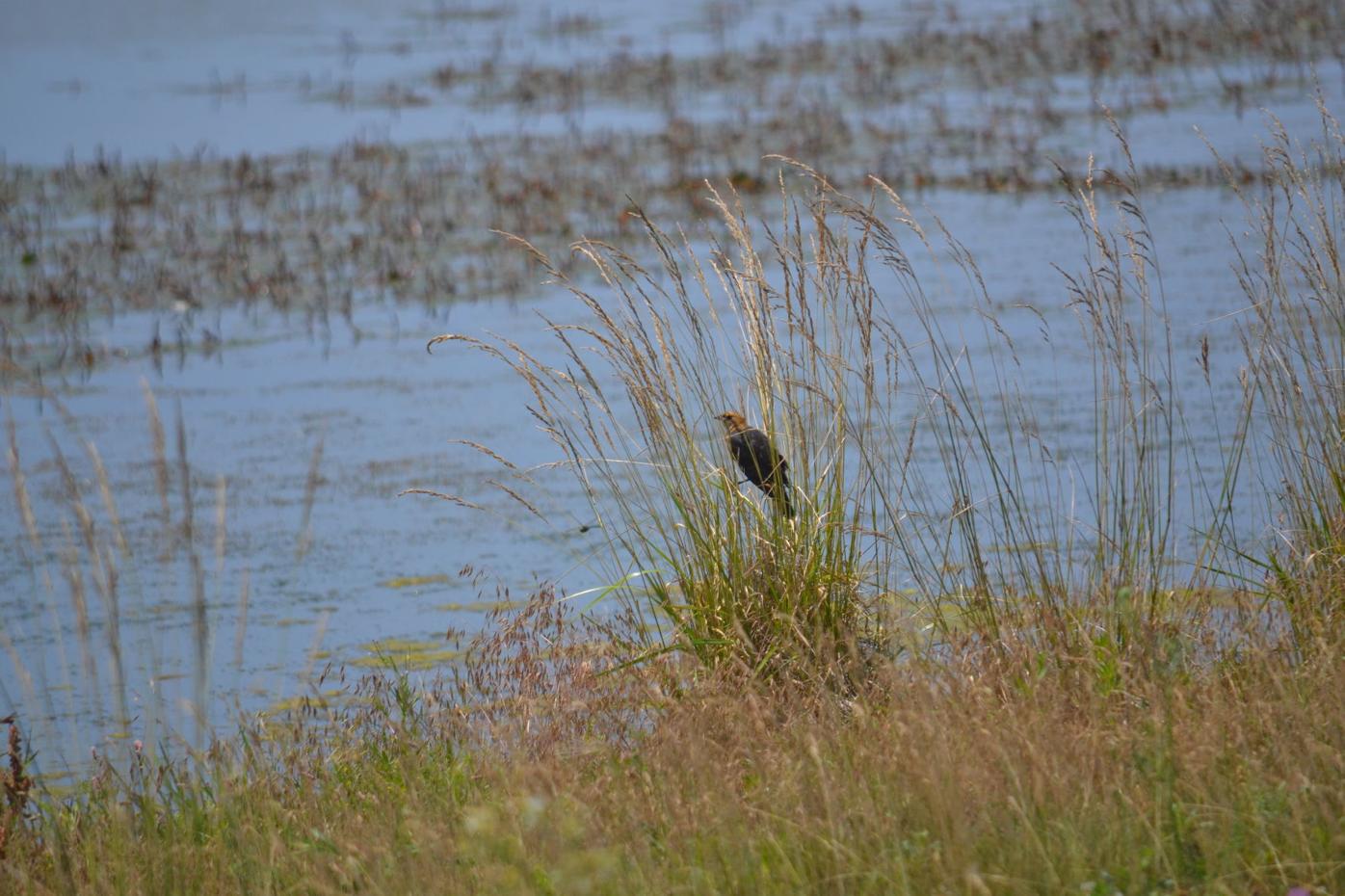 An immature Yellow-Headed Blackbird was found at Howard Marsh, meaning that even though this bird is rare in Ohio, this one was from a successful nest at Howard Marsh.

An immature Yellow-Headed Blackbird was found at Howard Marsh, meaning that even though this bird is rare in Ohio, this one was from a successful nest at Howard Marsh.

CURTICE — Howard Marsh Metropark, the newest of the Toledo Metroparks, is becoming a nesting ground for some rare birds, as well as some rare finds. Some people visit it several times per week, because they never know what may turn up.

The park officially opened April 28, 2018. Howard Marsh’s official address is 611 South Howard Road, Curtice, Ohio. It is located just off State Route 2, right next to Metzger Marsh. The park is open to the public daily, from 7 a.m. to dusk.

Soon after Howard Marsh opened, the osprey and black-necked stilt (mentioned in last week’s outdoors story) began nesting there. The osprey, while quite common in the southern coastal states, is very uncommon in Ohio.

“A nesting platform was put up in hopes to attract the osprey and almost immediately a pair began nesting there,” said Scott Carpenter, director of public relations for the Metroparks. “The osprey nesting is not a big deal in Florida, but it certainly is a big deal in Ohio. I’ve also been told that authorities expect the Sandhill Crane will be nesting at Howard Marsh in the next few years. The crane was a very rare nester in Ohio just a few years ago and it is now nesting at (nearby) Ottawa Wildlife Refuge.”

Mark Shieldcastle, research director for the Black Swamp Bird Observatory, and several volunteers have been checking out nesting birds at Howard Marsh. According to Shieldcastle, among those nesting at Howard are the pied-billed grebe, American coot, blue-winged teal, mallard duck, ruddy duck and king rail. Also, the black-necked stilt has two pairs nesting, one of which has successfully had four chicks hatch.

“If you go to Howard Marsh right now, you can view chicks of the American coot and pied-billed grebe,” Shieldcastle said. “We have also had the king rail, an endangered species in Ohio, successfully hatch and some king rail chicks have been seen.”

Long on the wish list for a metropark site, Howard Marsh was purchased from Howard Farms in 2008. Howard Marsh now contains 1,000 acres and consists of five miles of hiking trails.

And Lake Erie lies just to the north of Howard Marsh. According to metroparkstoledo.com, Howard Marsh is now a very significant piece of land along the Lake Erie shoreline, both for birds and fish: “Howard Marsh is the last remaining large tract of land in the western Lake Erie Marsh region. (In addition), marshes are an important breeding ground for fish. (In particular), Walleye fishing along Lake Erie is a $600 million a year industry.”

With Howard Marsh located next to Metzger Marsh and just 6.7 miles from Ottawa Wildlife Refuge, which is adjacent to Magee Marsh, Howard Marsh has quickly become a popular spot for birders. That was especially true during ‘The Biggest Week in American Birding.”

“During The Biggest Week, Howard Marsh became the go to spot for finding shorebirds, most of which were not seen at Magee,” Carpenter said.

Twenty different shorebirds have been seen at Howard. That includes the American avocet and the Wilson’s phalarope. Both were seen at least once, within the past month. Also, the American white pelican has stopped over a few times. This bird’s closest nesting site to Ohio is in North Dakota.

In addition, the horned lark is a year-round resident at Howard and is seldom seen at either Magee or Ottawa.

There have also been 10 different duck species that have become summer residents at Howard Marsh. Among those rarely found in summer in Ohio are the redhead, ruddy duck, lesser scaup and green-winged teal.

According to Carpenter, here are some quick impressive numbers to throw at you.

“Howard Marsh is really an amazing conservation story,” Carpenter said. “Already, over 250 species of birds have been seen at Howard. When you consider that a total of about 400 different species have been seen in Ohio, for the short time that Howard has been in existence, 250 is a pretty significant number. And the number of Red-Winged Blackbirds at Howard have more than doubled over last year, from 1,327 last year, to 4,579 this year. There have also been some sightings of yellow-headed blackbirds all summer long and they are rare in Ohio.”

According to Shieldcastle, four or five pairs of yellow-headed blackbirds have nested at Howard and nearby Metzger Marsh this summer. Some of the yellow-headed young have recently been seen.

“Yellow-headed blackbirds are cattail dwellers and this is the perfect year for them here,” Shieldcastle said. “In regards to all the unusual birds nesting here, some of it is because there are a lot of people who come to Howard, so the birds are rather easily seen, as opposed to places that are more secluded and are not seen, (so you don’t know the nests are there). Plus, the condition of the marsh this year is really good for these birds. It’s a great time to get out here and check out Howard Marsh.”

Trap Shoot In Antwerp: There will be a trap shoot at the Antwerp Conservation club on Saturday, July 27. The Community Memorial Hospital Foundation is hosting the event. The trap shoot is open to ages 10 and up.

Registration and a safety course will begin at 9 a.m. Food and drinks will be provided to those who pre-register. Cost for registration received by July 19 is $35. The cost after July 19 is $40.

For more information, contact Kevin Wannemacher at 419-542-5696 or by email at foundation@cmhosp.com.