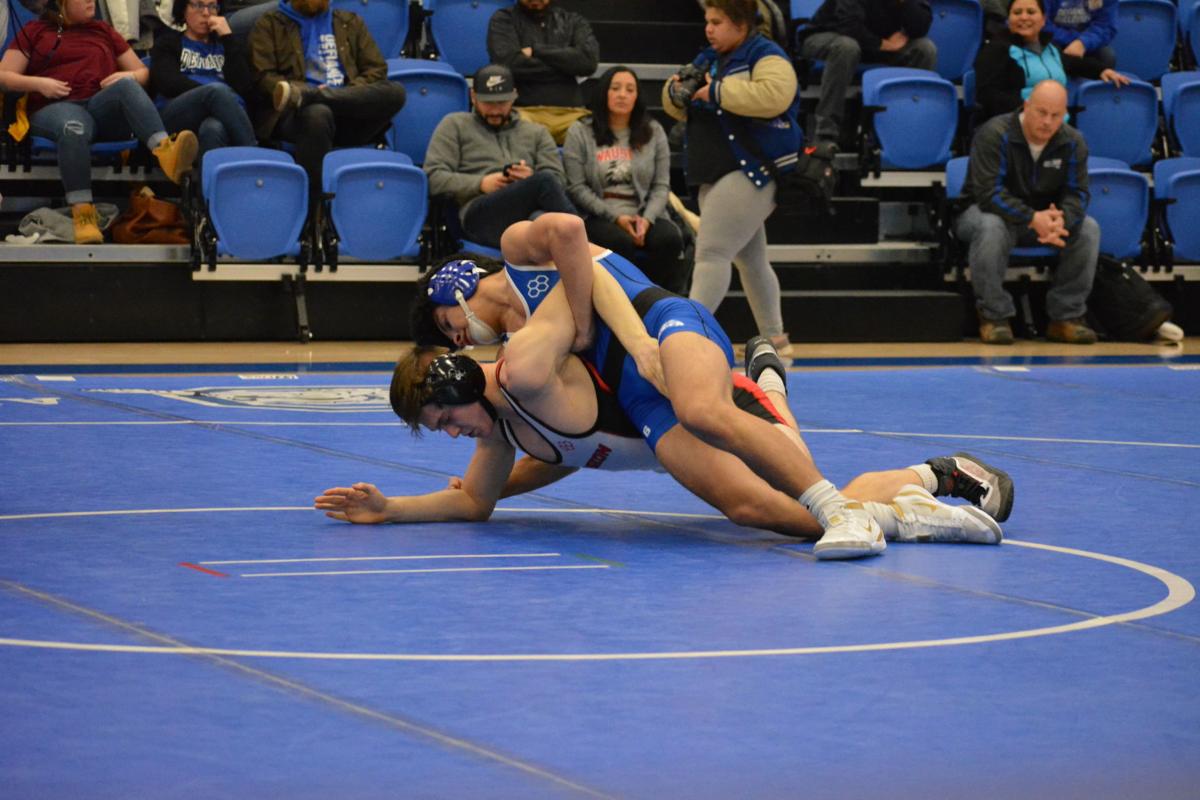 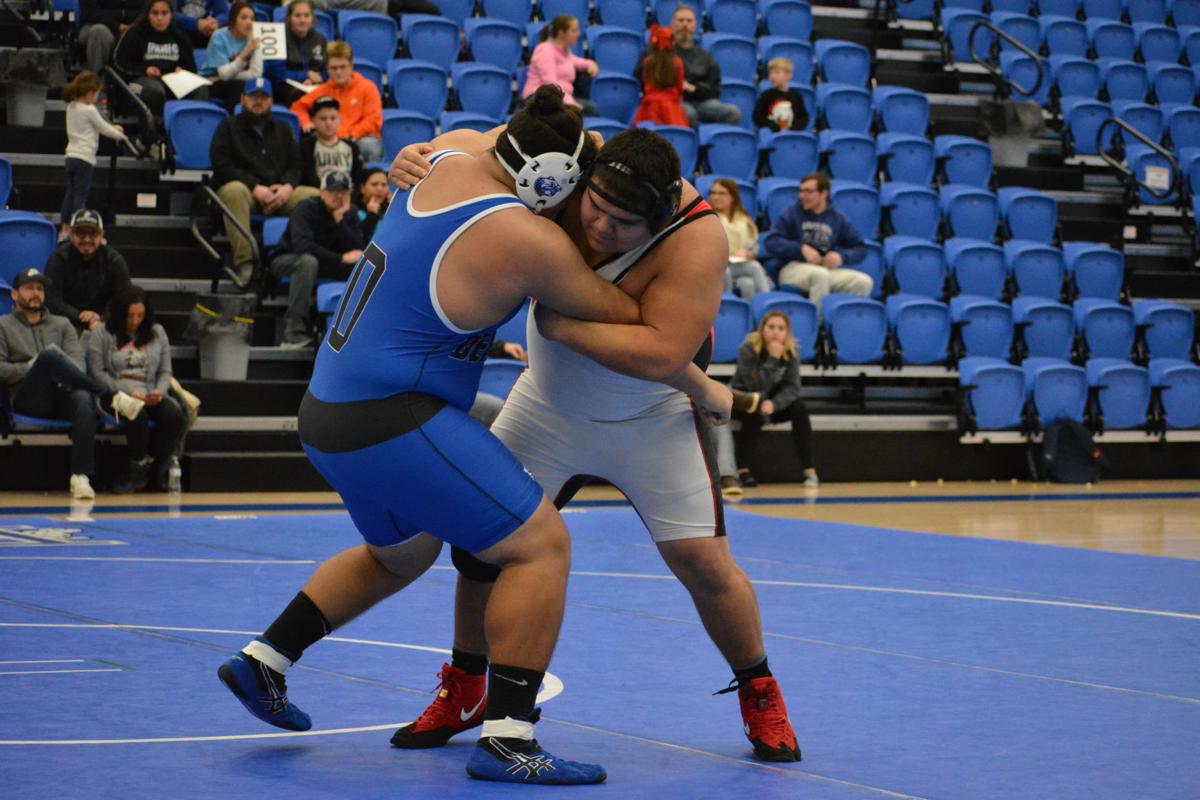 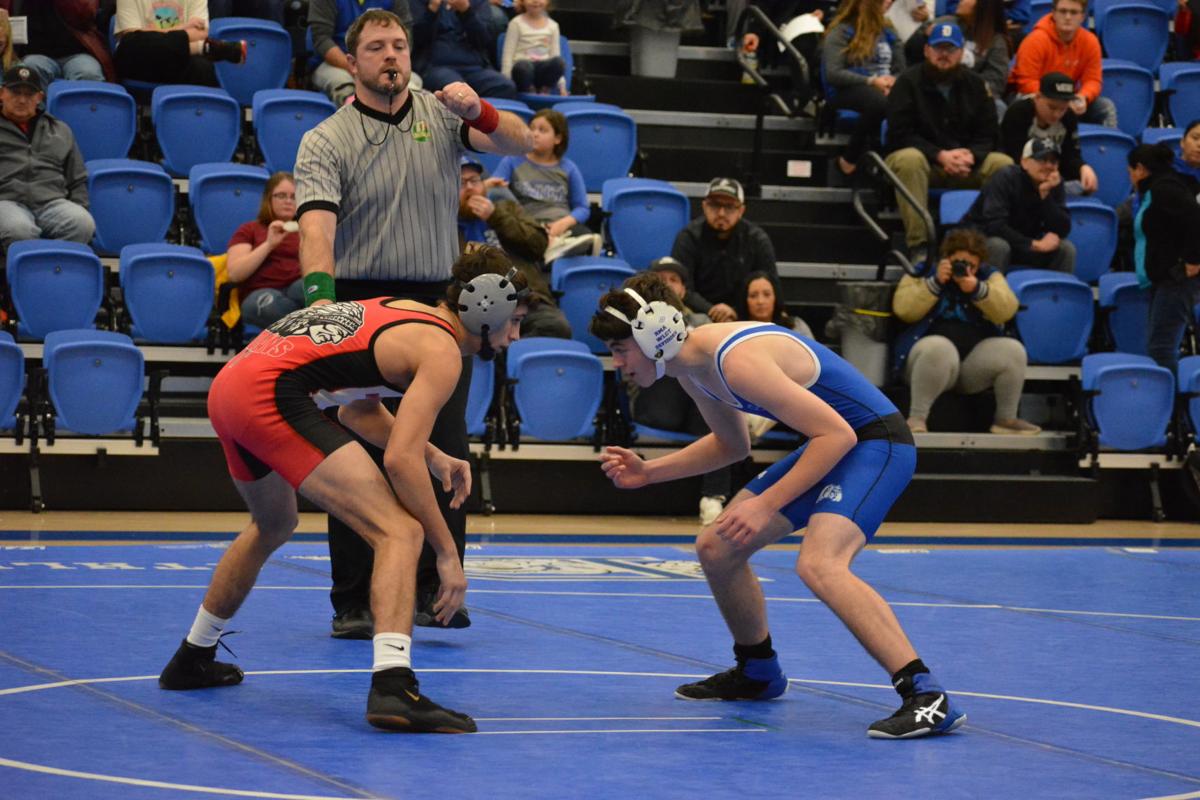 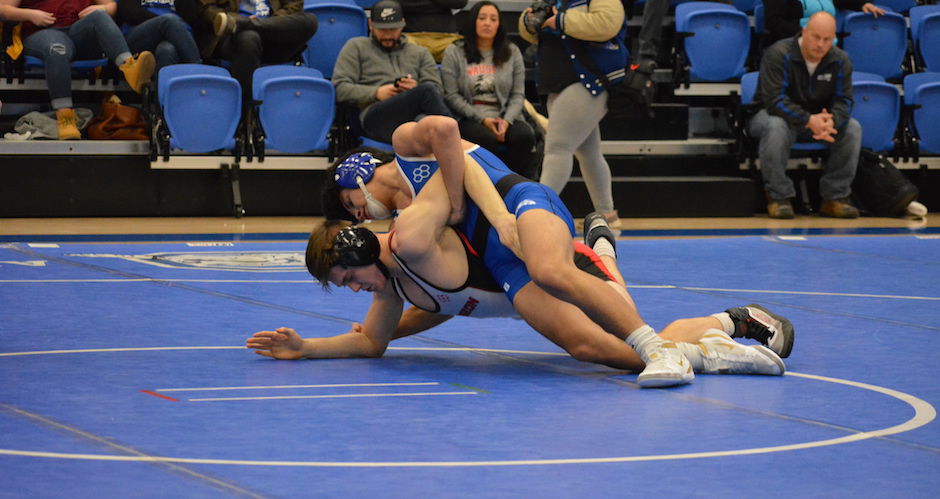 The Wauseon wrestling team won 11 of the 14 matches played against Defiance, seven of them by pin, to top the Bulldogs on Friday night, 60-12.

“We’ve got a lot of young guys and some are wrestling up a weight or two, so we’re still trying to fill guys in the right weight class,” said Wauseon coach Mike Ritter. “But the guys wrestled well and wrestled hard tonight.”

With the weight classes starting at 220, Wauseon jumped out to a quick 18-0 lead. Senior Wes Spadafore (220) won by forfeit, senior Sammy Sosa won with a first period pin and freshman Collin Twigg won via a first period pin, too (53 seconds).

At 113, Defiance sophomore Gavino Martinez was locked in a close match against Wauseon sophomore Mason Ritter. Martinez gained a second period reversal to go up, 6-3, when Ritter became injured and was unable to wrestle further. The Defiance win by injury default brought the score to 18-6.

Defiance senior Tristan Villarreal (138) picked up his 100th career win with a hard fought 8-2 win over Wauseon sophomore Connor Nagel. Villarreal picked up two takedowns and then collected a near fall three points to pull away. Villarreal improved to 7-1 on the season.

“As the second period began, I was up, 2-1 and he had chosen down, so I knew I needed to do something big, to gain control of the match,” Villarreal said. “I just made sure I stayed in good position the whole match and attacked. I thank my coaches for getting me this far, in collecting my 100th career win.”

In a battle of two sophomores at 160, Wauseon’s Connor Twigg won by a 14-5 major decision which included three back points, to top a much improved Dominic Tracy. Twigg improved to 6-1 with the win.

“He was strong, but I just had to out-maneuver him to get my points,” Twigg said. “I think I’m wrestling well right now. Last year left a bitter taste in my mouth when I just missed qualifying for state, so I’m coming back with a vengeance.”

Defiance sophomore Alex Hoeffel (170) provided Defiance with its last win, a 12-8 decision over Indians freshman Justin Duncan. Hoeffel had jumped out to a 7-2 lead, but then gave up a takedown and back points and the match was tied, 7-7. But Hoeffel then picked up an escape and two takedowns to gain the win.

“I thought all our guys fought hard, but some were just over matched,” said Defiance coach Pat Murphy. “Alex was the only one I was a bit disappointed with. He got in bad position because he tried to out muscle the guy, instead of using technique. But he was able to come back and gain the win.

“The big thing here is right now, we’re chasing Wauseon’s program. But the question is, can we, and how soon can we, begin to close that gap?”

Defiance looks to improve to 2-1 in the WBL with an away match at Lima Shawnee on Thursday and then will compete in the Fricker’s Duals on Friday and Saturday at Defiance College’s Smart Center.