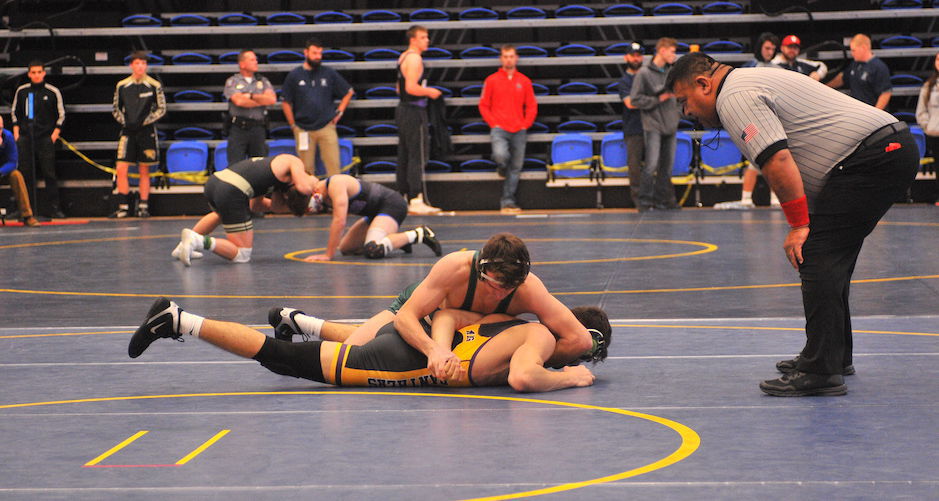 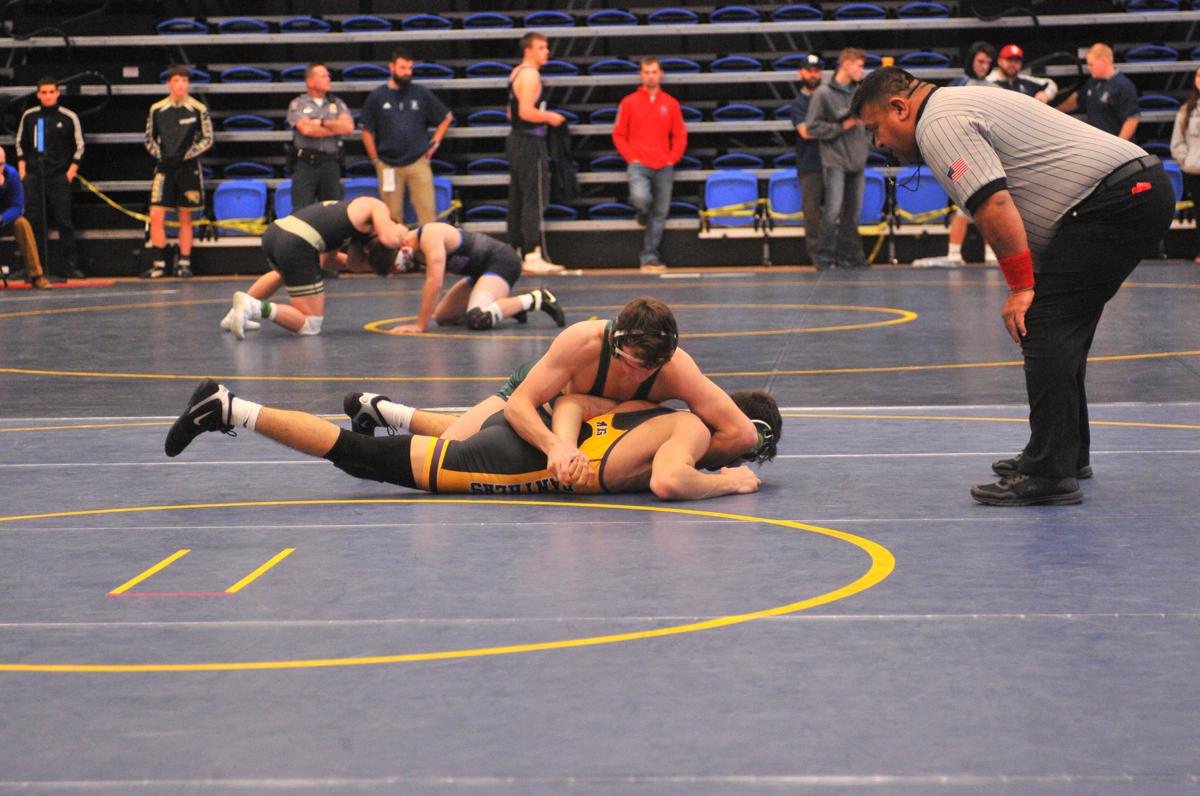 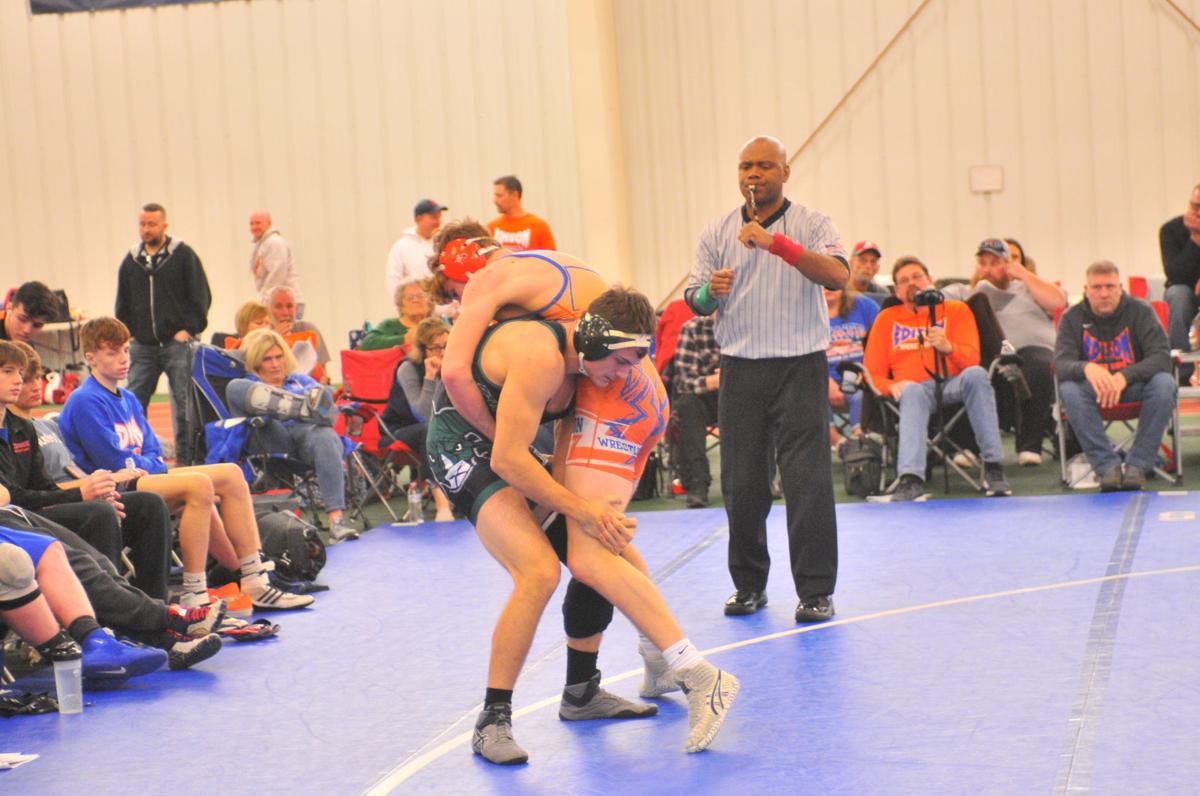 When it comes to qualifying individually for state in Division III, the Tinora wrestling team is currently experiencing a two-year drought. But this year’s four seniors, Aaron Short (145), Lucas Schlegel (152), Tim Meyer (170) and Lucas Flory (182), are hoping to change that.

“The last one we had go to state was Derek Smith (285) in 2017 (he placed second) and that is unacceptable,” said Tinora coach Nick Siewert. “So, these guys are pushing hard to try to change that. All four of them have been working really hard and went to team camp in Iowa. Two of them, Aaron and Lucas, took a big step by making the all-star team out there. I think Tim (Meyer) can get to state, too.

“He is coming off a left ACL tear that kept him out last year and is working towards a full recovery. I think he will peak at the right time and has a good chance of making it to state. One of the biggest things Tim has going for him is he has great cardio (great stamina). On top of that, all four are good role models and good leaders.”

He placed fifth at the Defiance Border Wars. Along the way, he won by pin over Archbold’s Breven Short, a state qualifier last year. Ultimately, that pin propelled him into the rankings. Breven Short is ranked 14th in the state. Tinora’s Short missed last weekend’s Perrysburg Invitational because of an illness but is expected to be ready to go, this week.

“Aaron’s biggest strength is his ability to get takedowns and his weakest area may be wrestling from the bottom,” Siewert said. “But he is so quick that is usually able to get out of there quickly. Aaron is really determined to get to state and I think the hard work, especially in the off season, has paid off. Being able to pin a guy as good as Breven, shows that.”

Schlegel (25-11) may also be ready to take that next step. He has placed in two big invitationals, taking fifth at the Border Wars and eighth at Perrysburg, against mainly Division ! and II competition. One area he has lacked, though, is gaining a GMC title.

He is the favorite in the GMC this year, after beating all his conference opponents at least once this season. Schlegel has been wrestling since seventh grade.

“I decided to try it and found that I liked it right away,” Schlegel said. “You have to be tough to wrestle and I like that. I think my strongest area is in getting takedowns. My weakness may be in wrestling from underneath, because sometimes I’ve waited too long.”

Meyer (25-10), despite missing last year because of injury, will be going for his third GMC title. He has been wrestling the longest, since six years old and his dad Jim has been a longtime assistant coach at Tinora.

“I want to win my third GMC title and hopefully, I can make it to state this year,” Meyer said.

Flory took a year off from wrestling last year, to concentrate on football. Despite missing a good share of the season because of injury, Flory still made first team GMC at defensive end. The least experienced of the four Tinora seniors, Flory is a first year starter in wrestling and is off to a 14-12 start.

“His biggest weakness is his inexperience,” Siewert said. “Of his strengths, though, he has great athleticism and is one of our most athletic kids. But he’s coming around and I think he has a good chance of getting to the GMC championship against probably (Ayersville’s) Caden Brown. He also has a good chance of (at least) being a district qualifier.”

The Green Meadows Conference championship will take place on Feb. 1, followed by sectionals on Feb. 28, districts on March 6 and state on March 13.