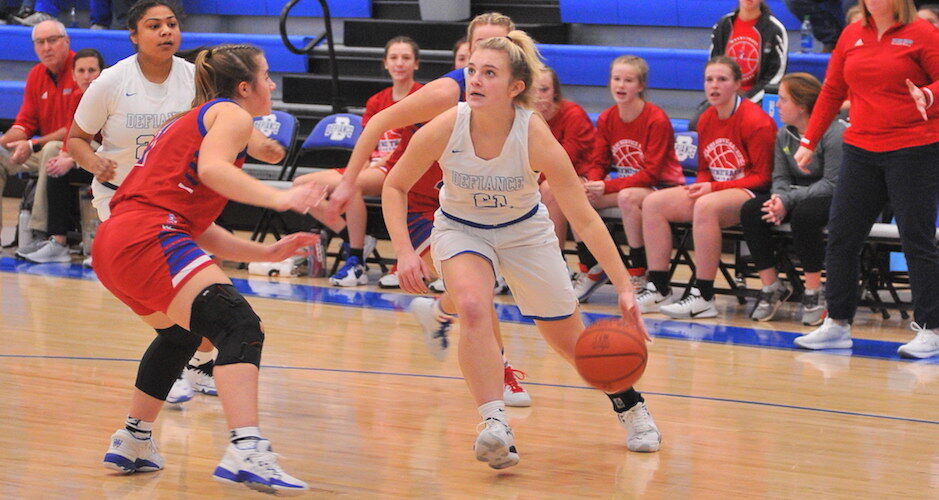 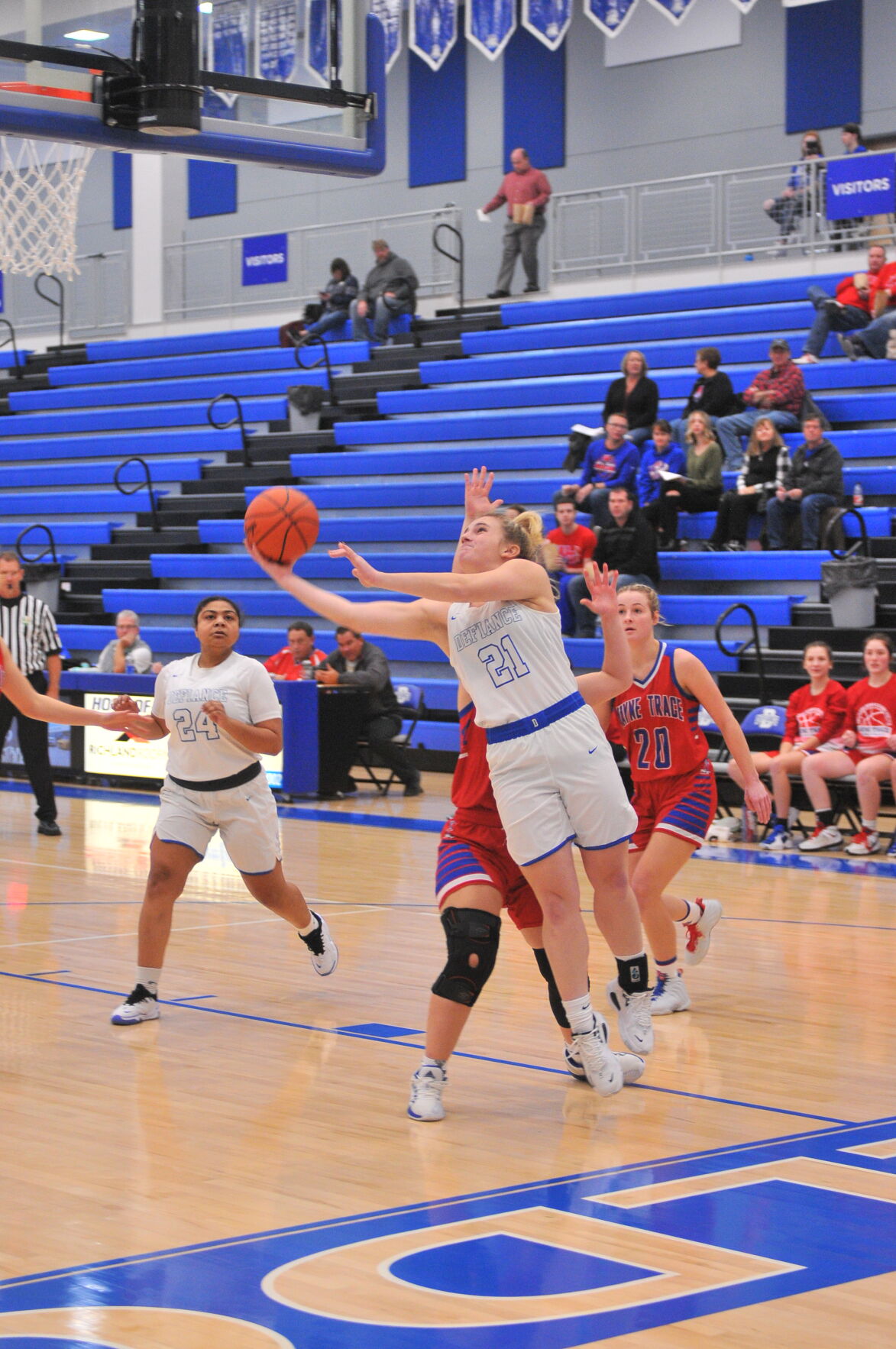 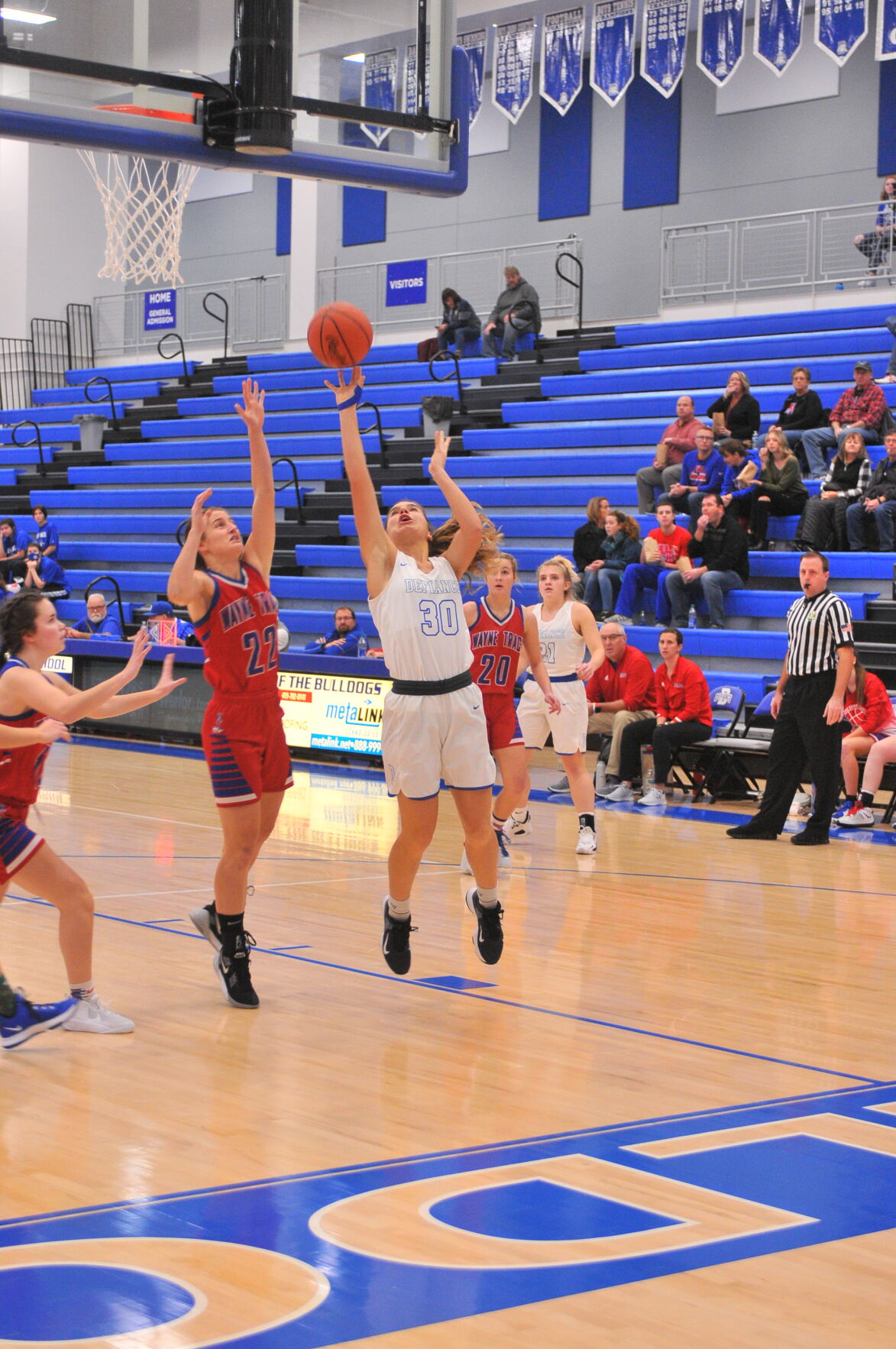 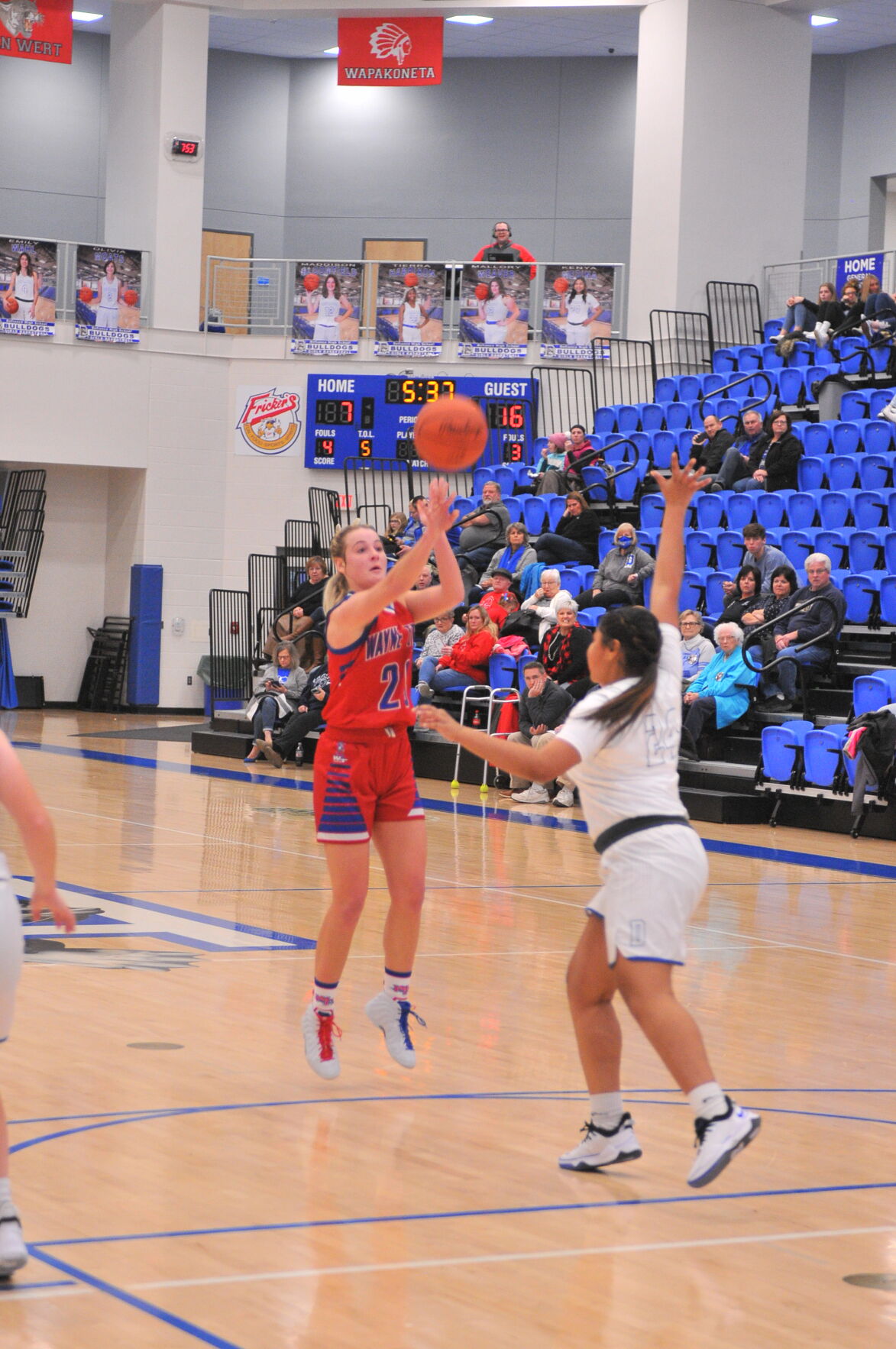 A 12-0 fourth quarter run by Defiance wasn’t enough to complete a comeback on Tuesday night as the Bulldogs fell just short at home to Wayne Trace 38-32.

The Bulldogs (0-2) came out with a sense of urgency in the third quarter that hadn’t been there all game in large part because of a slow, half court offense by Wayne Trace.

They started to make shots as well, with threes from Olivia Moats, Maddison Bloomfield and Tierra Harrison all sparking the frenzied comeback. And with about two minutes left in the fourth quarter, the Raider lead had been cut to three.

“I think we just let them have some open threes more than we did in the first half,” Wayne Trace head coach Bethany DeJarnett said. “They took out all their posts because our posts were in foul trouble and we weren’t doing a very good job of getting on the shooters.”

The Raiders (2-0) were able to get some key baskets late though to stem off the run by the Bulldogs, Rachel Stoller found her way to the basket a few times late and ended with a game-high 16 points. They saw steady free throw shooting late as well from Stoller and others that helped the Raiders as well.

“I think she stepped up and hit free throws at the free throw line when we needed them early. And then she can continue as we went down the line and those ended up being important as we went on,” DeJarnett said of Stoller’s play. “She’s in a different role where she is having to shoot the ball a lot. “It is something different that she’s not used to so it’s good to see that she’s stepping up and taking charge.”

For Defiance coach Nate Headley, he felt that his team was taken out of rhythm early by Wayne Trace’s half court offense and it wasn’t until down 24-11 in the third quarter that they were able to find that rhythm.

“Our attitude changed in the fourth quarter,” Headley said. “We finally decided to step up and make a few plays. Our upperclassmen just took a little too long to get going and it was obviously a disappointing night shooting wise in those first three quarters.”

It was a disappointing shooting night for both teams and no stretch of play proves that more than the second quarter, where both teams had just one made field goal.

The first quarter was dominated by the play of senior Christina Graham, who was able to put a string of buckets to give herself eight points, which is what she ended with on the night.

Defiance didn’t have much of an answer for her, and they couldn’t score enough to keep up, resulting in a 16-7 first quarter lead for the Raiders.

Then that second quarter came, and a driving bucket by Wayne Trace senior Rylee Toth, and a steal and nice assist by Defiance senior Emily Wahl to junior Kinley Maynard were the only two buckets of that quarter.

That was in large part due to the slowed pace of the game that Wayne Trace forced upon the Bulldogs, who wanted to get out and get transition looks. At half, Mira Horvath led the Bulldogs with just five points. She ended with ten to lead Defiance.

Again in the third quarter there wasn’t much offense for either team as Defiance had just one field goal and both teams combined for eight total points.

“They don’t have a lot of girls so they don’t want to wear themselves out and that’s kind of what we saw on film,” Headley said. “They play a zone and they don’t allow you those transition buckets.”

DeJarnett was pleased with how her team reacted to the fourth quarter adversity.

“I think Christina Graham stepped up and said some stuff and made him make the rest of the team slow themselves down and get themselves under control. Riley (Toth) did a good job of that as well. So I think being as young as we are and being able to control ourselves like that, that says a lot about my girls,” DeJarnett said.

The Raiders are back in action on Saturday at home against Delphos St. John. Defiance will keep searching for their first win on Thursday, Dec. 2 at home against Wapakoneta.