Log In Register
You are the owner of this article.
Edit Article Add New Article
You have permission to edit this article.
Edit
Home
e-Edition
News
Sports
Obituaries
Crimewatch
Business
Classifieds
Multimedia
On the Wire
Reader Services
Submission Forms
Contests
Find A Job
1 of 4 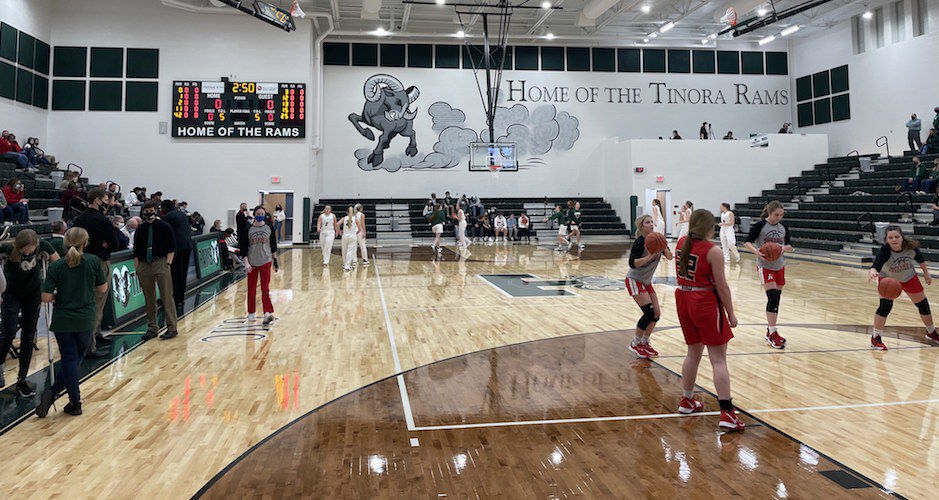 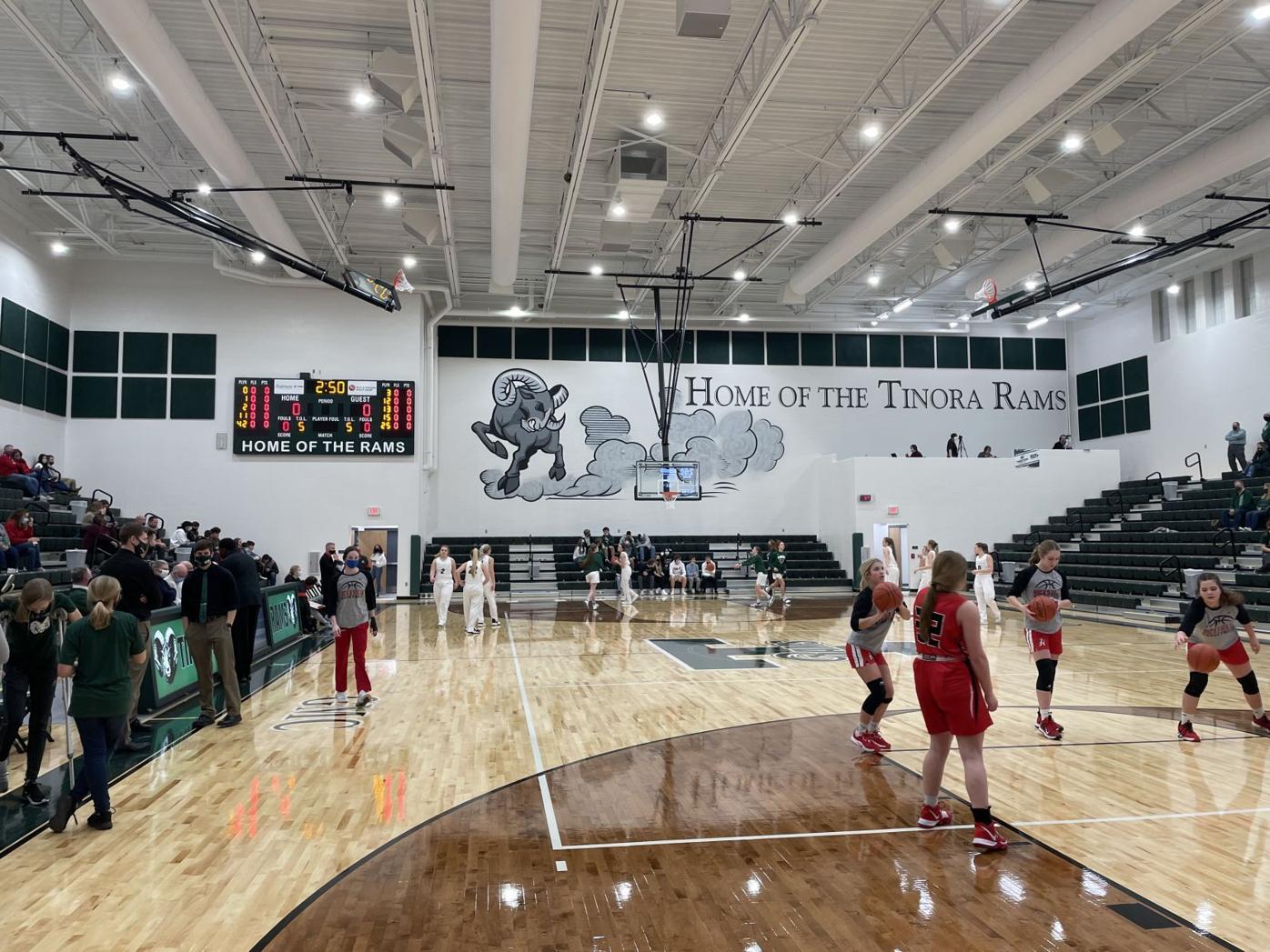 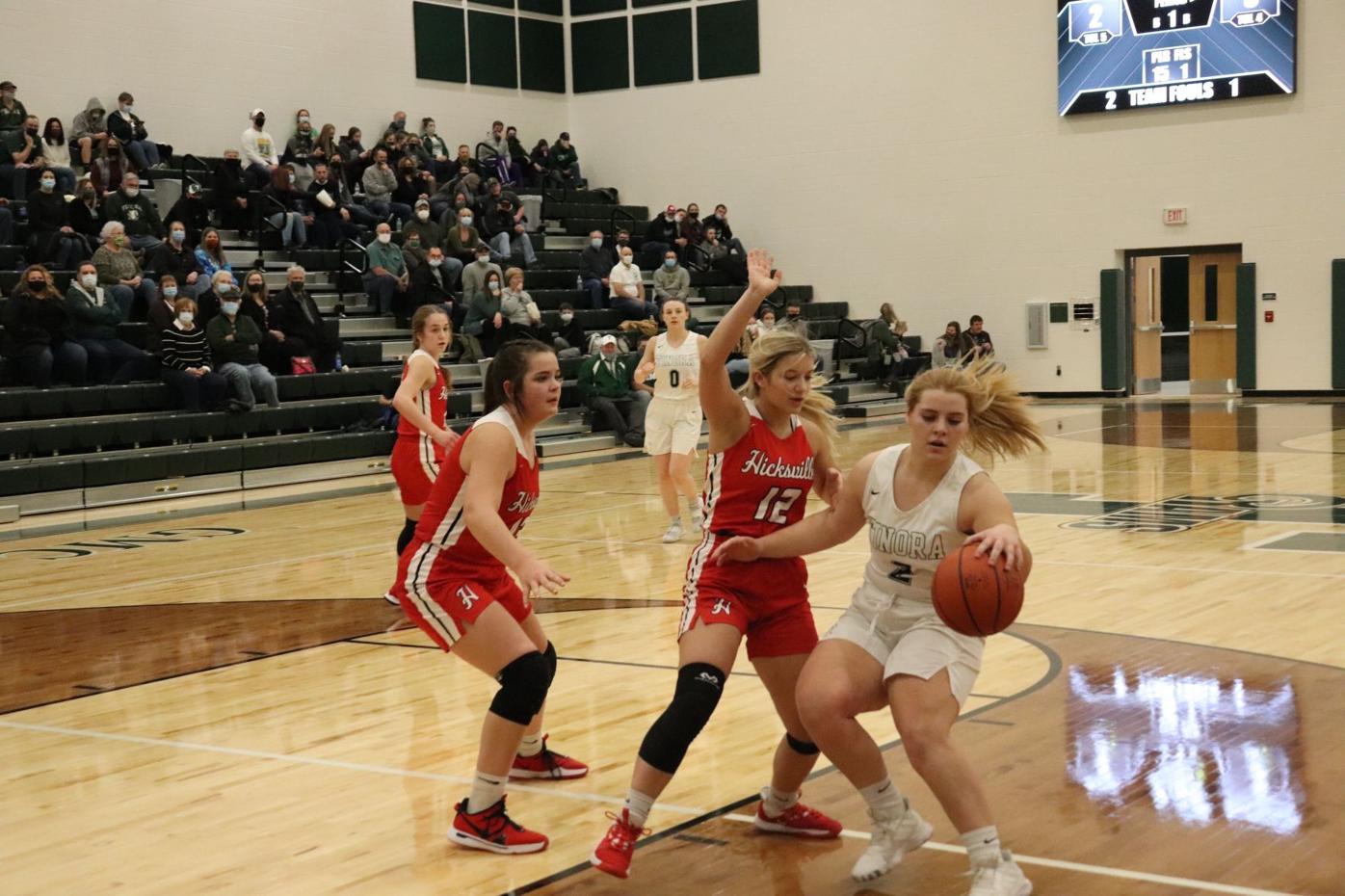 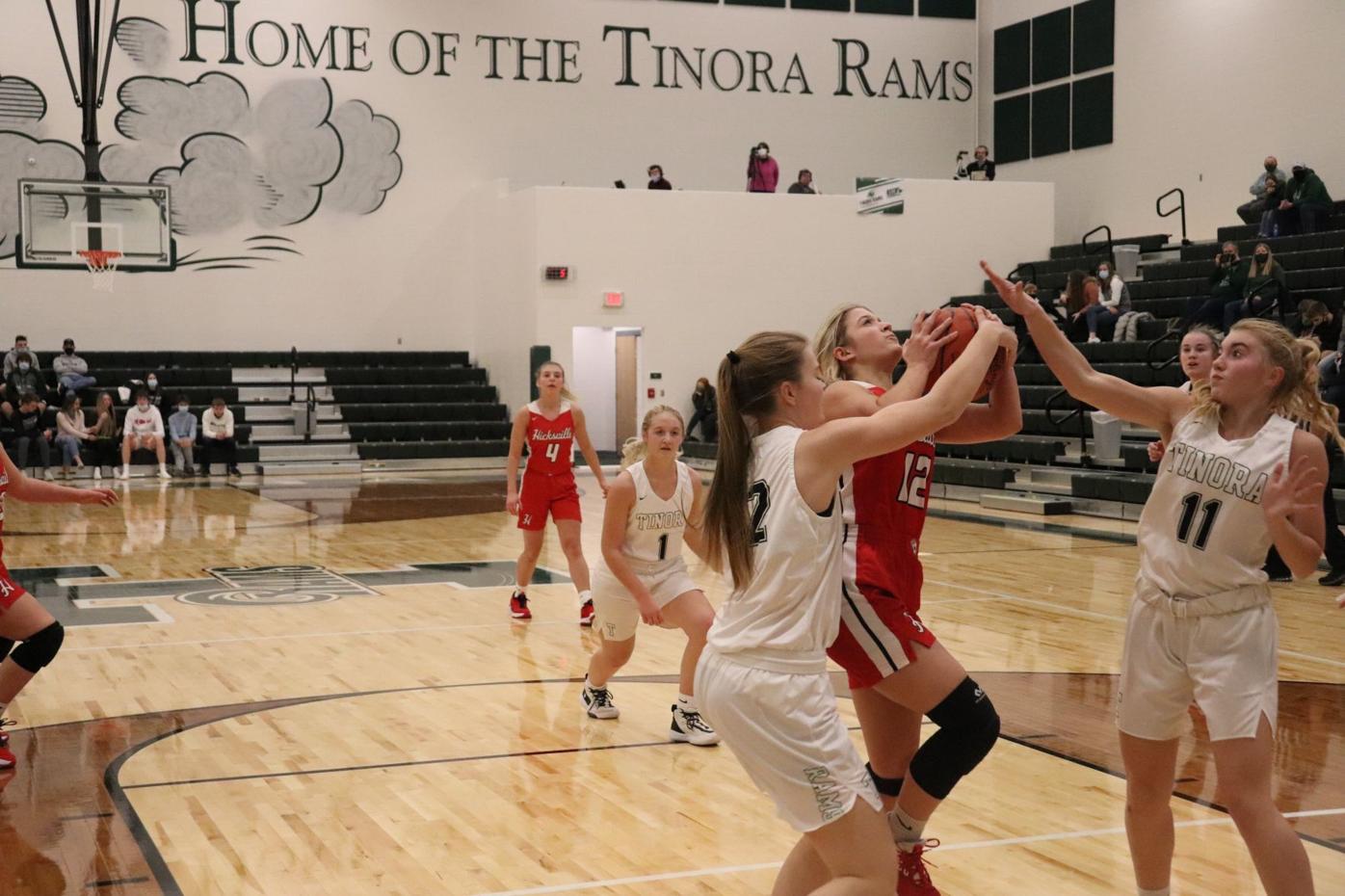 Tinora’s varsity debut in the new high school gymnasium got off to an inauspicious start Thursday evening against Green Meadows Conference and county rival Hicksville but a third-quarter surge and big plays down the stretch lifted the hosts to a 42-38 victory to christen their new digs.

Avery Slattery of Hicksville scored the first points on the varsity level in the new gym with a pair of first-quarter free throws while senior Madeline Zachrich was the first Ram to score.

“I don’t think anybody really said anything but I think everybody deep down was like, we’ve got to win this first game,” said Tinora coach Kyle Tietje. “It didn’t look good early and our kids, they’re tough. They’ve been through a lot and they made the plays down the stretch for us.”

A scoring drought then plagued the hosts over the first six minutes of the second quarter as a breakaway layup from Lexi Wachtman snapped a 7-0 Aces run in the period. Hicksville outscored Tinora 12-3 in the second quarter alone, spurred by seven points from senior guard Kennedy Phillips, taking a 19-11 lead into the break.

Out of the halftime interlude, Tinora ratcheted up the defensive intensity and utilized pressure to shake up the Aces.

“We didn’t think we could press on like we normally do, run-and-gun and pace them for 32 minutes,” said Tietje, who was without sophomore Liv Mueller (eight ppg, team-high 21 3-pointers). “We wanted to come out and just play solid man defense in the half court, just keep it close in the first half and then come out in the second half and apply the pressure and run the floor more like we do. I’d have liked to be a little closer at halftime, but credit to (Hicksville), I thought they had a really nice second-quarter stretch.”

Less than two minutes in, the hosts had turned an eight-point hole into a tie ballgame as a free throw from Anna Frazer, two buckets by Amanda Meyer and a key 3-pointer and steal from senior Tristen Norden sparked an 8-0 run to knot things at 19.

A drive to the bucket by Frazer gave the Rams their first advantage since the first period but Hicksville finally ended the run at 10-0 when sophomore Lindsay Bergman drained a baseline jumper.

Freshman Karli Okuley got in on the action as well with a steal and layup to make it a 26-21 lead, part of a career night for the young Ram guard. Okuley, filling in for Mueller in the lineup tallied a season-best 11 points, along with four assists and three rebounds.

“I don’t think they sped us up as much as we sped ourselves up,” said Hicksville coach Josh Freese. “We knew they were going to run the 1-2 (press), we didn’t attack it the way we wanted to … we did such a great job that first half defensively, on the ball, on the shooters. We relaxed a little bit.

“As disappointing as it is, it’s something that we can look back on and learn from.”

Tinora kept up the hot streak into the final stanza, as the Rams ripped off three of the first five buckets made overall to stretch the lead to 35-25 with five minutes left on a Norden layup.

Sophomore Molly Crall had an immediate answer on the other end with a 3-pointer and followed up about a minute later with a bucket in the paint while being fouled, trimming Tinora’s lead to 35-30 with 3:51 in regulation.

Senior Kelsey Monroe made Tinora pay for a turnover on its ensuing possession, snaring an offensive rebound and putback to get the Aces back to a one-possession deficit at 35-32, but that was ultimately as close as Hicksville got.

Okuley was sent to the line five occasions down the stretch, converting 4-of-8 at the line, but it was enough to even the Rams’ conference mark.

“We challenged them at halftime,” said Tietje of his squad, which will face 11-1 Montpelier at home on Tuesday. “They came out and they answered it.”

Noted Freese: “That’s why the game, it’s four quarters of play. We played a great first half, but they played a great third quarter and that was the difference in the game.”

Norden finished the game with 14 points to lead all scorers while Meyer battled for six points and 12 rebounds.

Crall’s 12 points were tops for Hicksville, with Slattery netting eight.