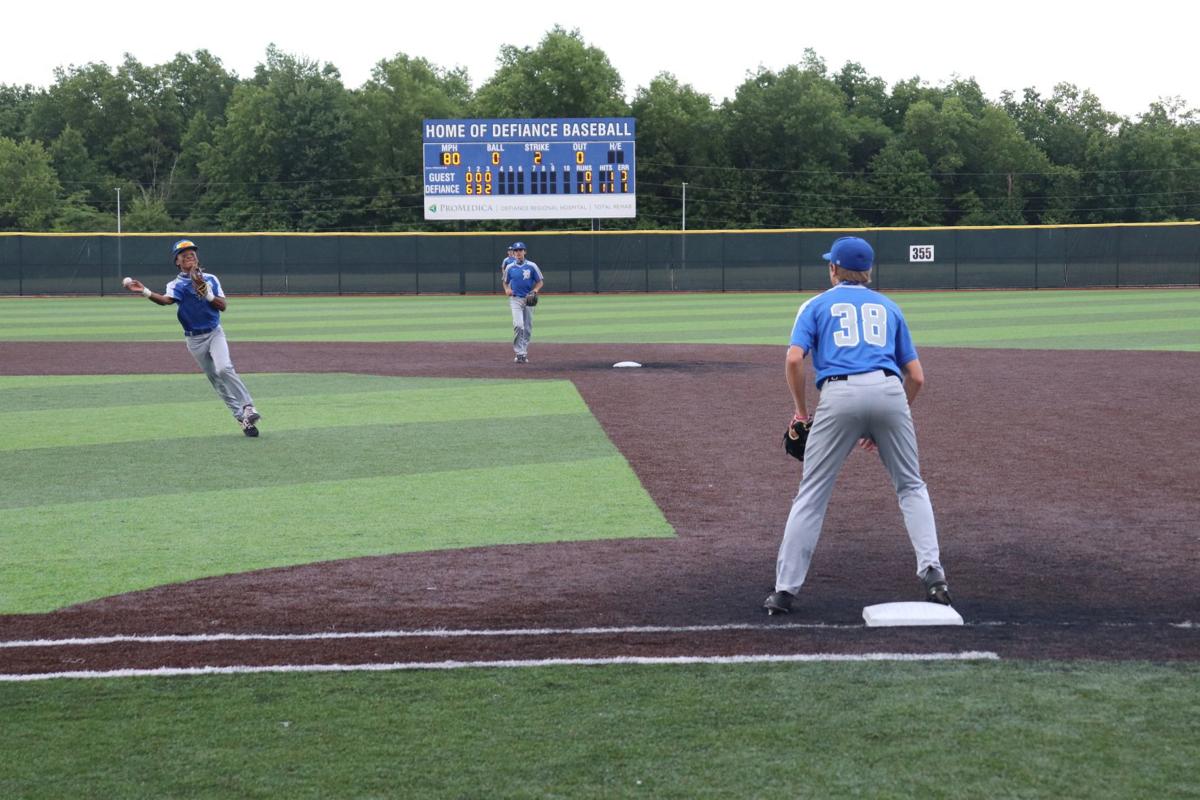 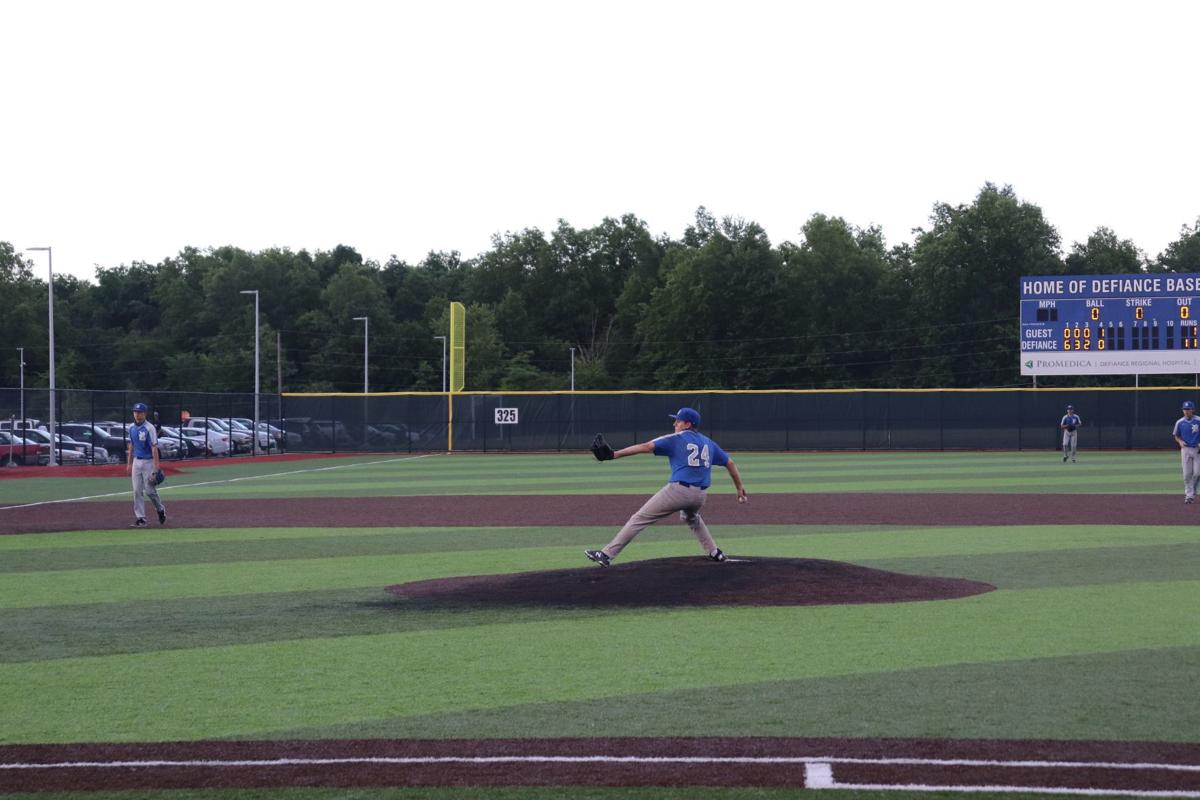 Defiance found itself in the run column early and often, thanks to solid situational hitting and some Napoleon miscues in a summer doubleheader with the visiting Wildcats on Wednesday.

A six-run third inning propelled the Bulldogs to a 14-2 win in five frames in the opener before toppling the ‘Cats 12-4 in the late contest to move to 10-4 on the summer circuit.

“I thought offensively, both games we swung really well,” said Defiance coach Rick Weaver. “I thought our pitchers were good, I thought we had good stuff, good (velocity). It’s just one of those days where I thought offensively our approach was good. We were able to steal some bases, our bunting game was pretty good and then we got some big hits when we needed them.”

Defiance, now winners of eight of nine following a 2-3 start this summer, caused a lot of damage with outs already on the board, taking a 4-0 lead through two innings in the opener on scoring plays with one out.

Things really got going in the third frame of the opener as the Bulldogs broke through with a six-run explosion, all of which came after reliever Tanner Rubinstein retired the first two batters of the frame on eight total pitches.

However, a Bailey DeTray single preceded a wild pitch and throwing error that allowed DeTray to score from second to make it 5-0 Bulldogs. After a walk loaded the bases, David Jimenez blasted a line drive to right that ended as an inside-the-park grand slam to rip things open at 9-0.

The lead hit double digits as another error allowed Jack Mortier to reach and then eventually score on a Camden Roth RBI triple.

“It’s difficult when you know they’re playing very well and you’re trying to get guys work on the mound and playing time and it just seemed like (Defiance) capitalized on everything today,” said Napoleon skipper Jason Holubik. “They were running the bases really well ... They’re doing the little things right and we’ve done the little things right this year but tonight, they took advantage of every mistake. They just made us pay.”

A two-out RBI knock from Wade Liffick in the fourth and a three-run home run by Dade Robinson in the fifth sealed the deal to back up solid work from Liffick on the mound. The junior-to-be southpaw struck out seven over five frames, scattering just four singles.

In the nightcap, Defiance got off to an even quicker start by racking up six runs in the bottom of the first. A leadoff single on the frame’s first pitch by Jimenez, a sacrifice bunt and a walk put runners at the corners to allow Jimenez to score on a throwing error.

A double-steal scored a second run before Jayden Jerger ripped a hard grounder to center to score Mark Butler and Bradyn Shaw and make it 4-0. A misplayed throw to first allowed Jerger to score from first before an infield bunt single from Simeon Sweeney plated another run.

The Bulldogs added scoring plays in the second on singles from Mortier and Butler before Butler stole home to up the lead to 9-0.

Again, Napoleon spoiled the Bulldogs’ shutout hopes in the fourth with Burken at the plate with Zack Rosebrook scoring in the fourth and an RBI groundout in the fifth. Angelo Gonzalez did show out in the sixth with a two-run double before being picked off at third extending the hit.

Jimenez was solid over four frames, allowing just one hit with four strikeouts. Relievers Dade Robinson and Evan Brown helped preserve the victory, with Robinson hitting 86 miles per hour on the radar gun at the field.

“We talked about the guys being competitive and we hadn’t hit anyone hit 82 this summer and then we hit it and the kids are all of a sudden, oh I’m gonna get it,” said Weaver. “That’s what I like about this group, they’re very competitive. They’re really good friends but they don’t want their friend to be better than (them).”

“With a lot of these younger guys, we’ve got to mature a little bit and find a way,” noted Holubik. “We’ve got the big slogan on our shirts, find a way. We’re learning it now and now having to go through these things next spring.

Defiance will return to action with an 11 a.m. doubleheader at home against Bellefontaine while Napoleon will take on Allen East at Booster Field on Wednesday at 6 p.m.