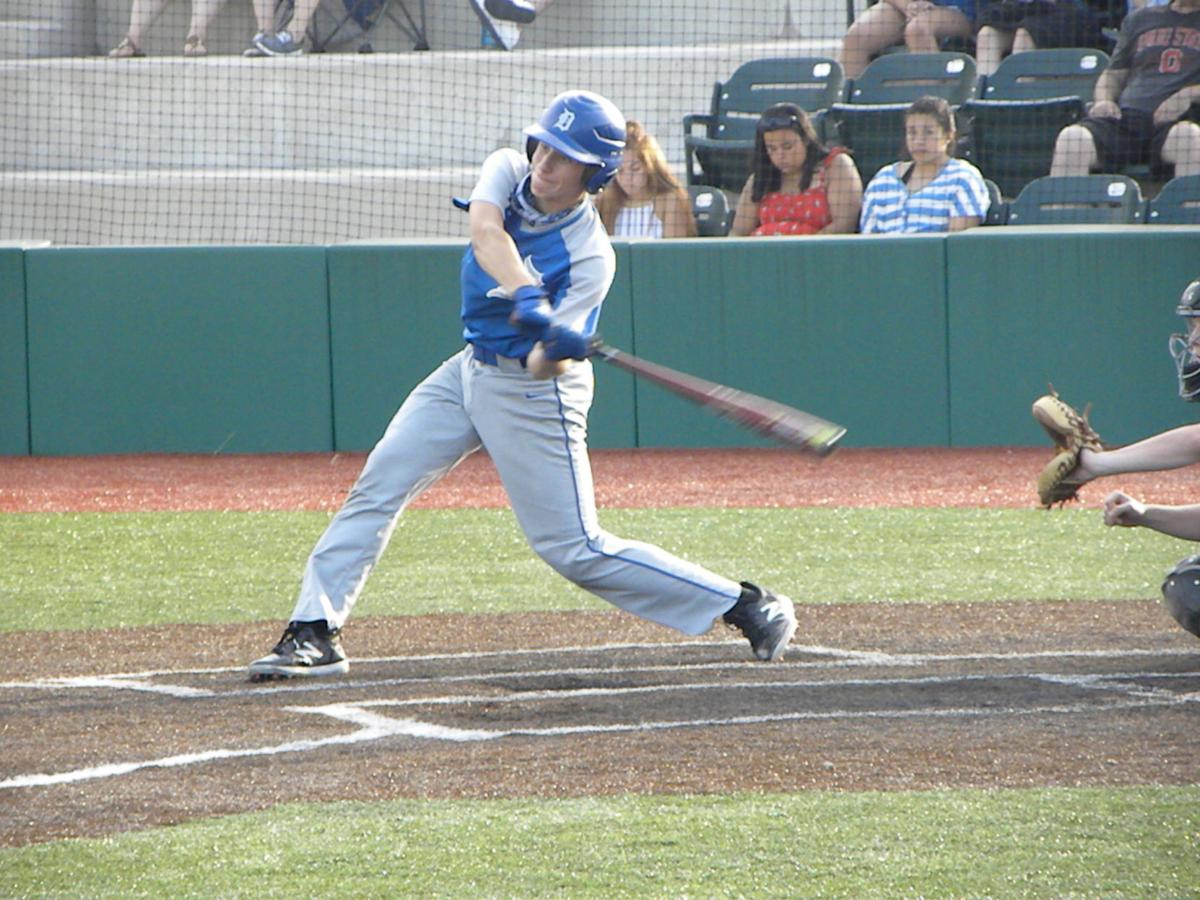 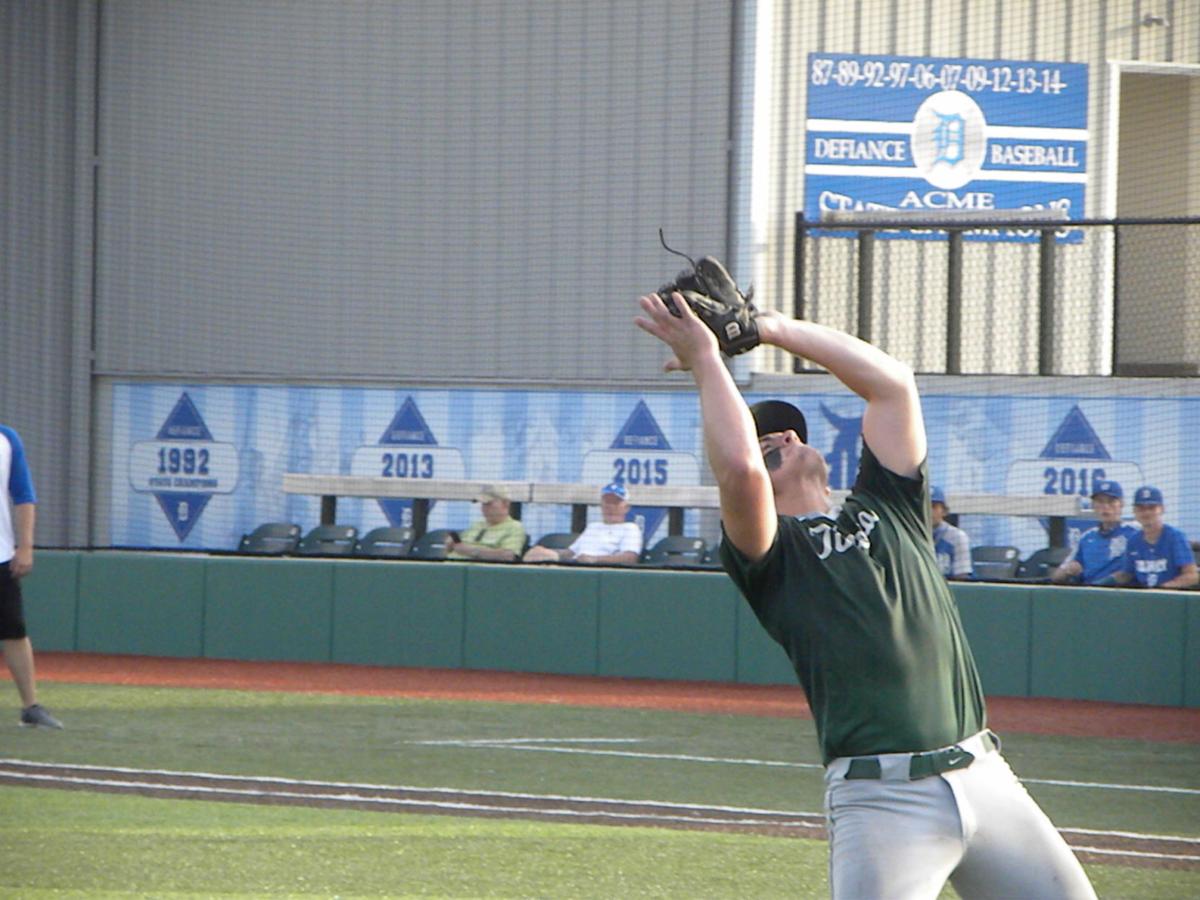 Tinora pitcher Casen Wolfrum makes a catch on a pop-up in action Monday against Defiance. 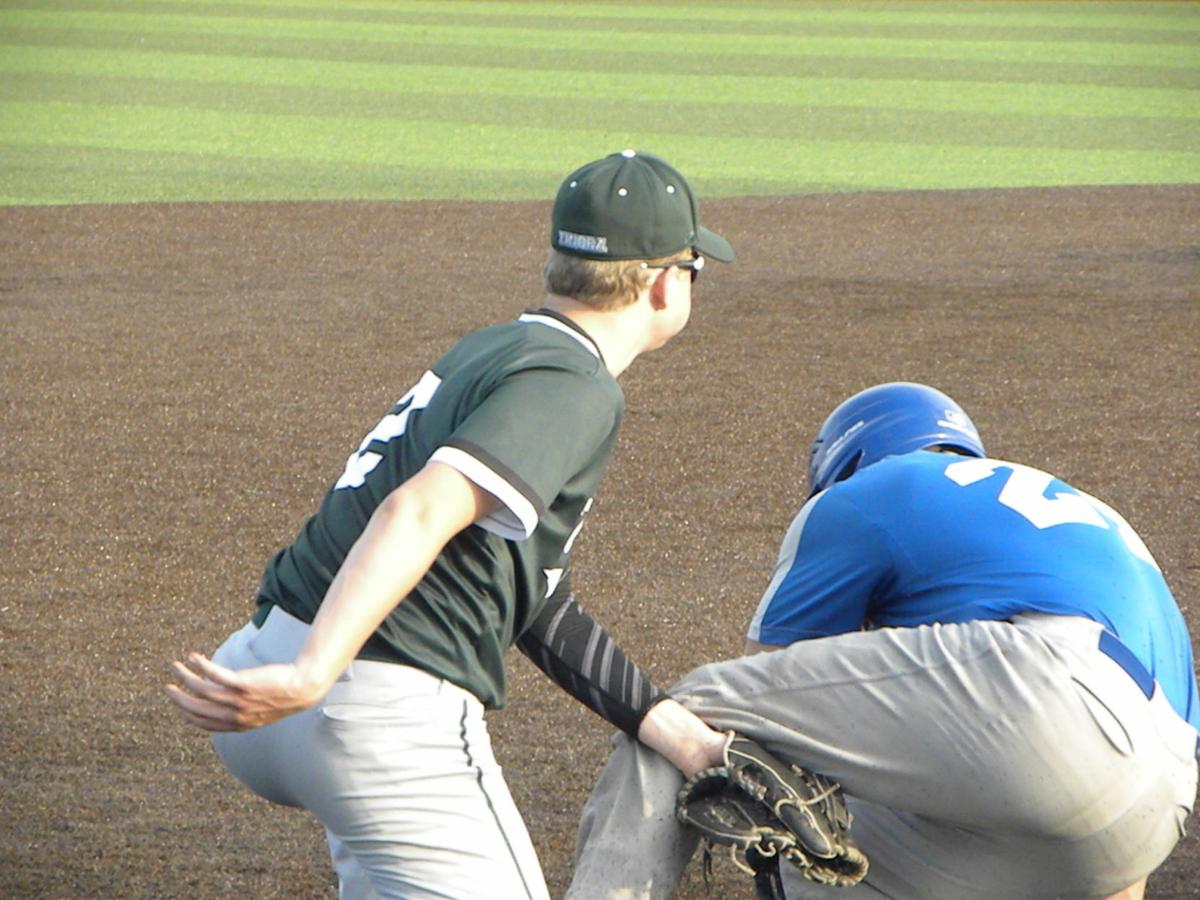 Tinora third baseman Eli Plassman (2) makes a tag on Defiance's Dade Robinson on a steal at third base.

Tinora pitcher Casen Wolfrum makes a catch on a pop-up in action Monday against Defiance.

Tinora third baseman Eli Plassman (2) makes a tag on Defiance's Dade Robinson on a steal at third base.

Defiance picked up its seventh straight win in the summer season, earning a sweep of Tinora in summer baseball action on Monday at Defiance High School with 9-3 and 6-4 victories over the Rams.

In the opener, the Bulldog bats tallied nine base hits to back up five shutout innings from starter Wade Liffick.

A sacrifice bunt that allowed Jacob Howard to score from third got the Bulldogs on the board in the first before blowing things open with a four-run third frame. A two-out double from Howard set up an RBI knock from Bradyn Shaw before a throwing error allowed Shaw to score and make it 3-0. Dade Robinson followed with a double to left field to plate both Camden Roth and Jack Mortier and put Defiance up 5-0.

The lead swelled to eight runs as again the Bulldogs struck with two away. Wade Liffick led off the inning with a single and was advanced to third on a fielder’s choice and fly out before scoring on an Drew Kellermyer sacrifice bunt. David Jimenez upped the lead to 7-0 with an RBI knock to center and Howard followed with a run-scoring single as well.

Bailey DeTray’s two-out RBI single scored Kam’Ron Rivera in the fifth to put Defiance up 9-0 before the Rams finally got on board in the sixth, scoring on a wild pitch and later on an error that allowed Jayden Bergman to score.

In the late game, Tinora got off to a much better start, plating three runs in the top of the first off DHS starter Simeon Sweeney. The first three Ram batters reached, the third coming on an RBI single from Cole Commisso before an RBI groundout by Casen Wolfrum and an RBI sacrifice bunt from Bryce Bailey.

Defiance countered quickly, however, as Howard led off the Bulldog half of the frame with a single to center. Jack Mortier followed with a base knock to set the table for an RBI double by Shaw before a wild pitch scored Mortier. A throwing error allowed Shaw to score before the inning ended with a 3-3 deadlock.

Howard again sparked the Bulldogs in the third, leading off with a triple to left two pitches into the frame. Mortier followed with an RBI single on the very next pitch before advancing on a Shaw single.

A wild pitch then put Defiance up 5-3 in the third before tacking on an insurance run in the fourth to help seal the victory.

Defiance has won seven straight since a June 22 loss to Archbold. The Bulldogs will return to action at home against Fairview on Wednesday for a doubleheader at 5 and 7 p.m. ahead of the Fourth of July holiday weekend. Doubleheaders with Bryan (July 7), Wauseon (July 8) and Perrysburg (July 11) await next week.