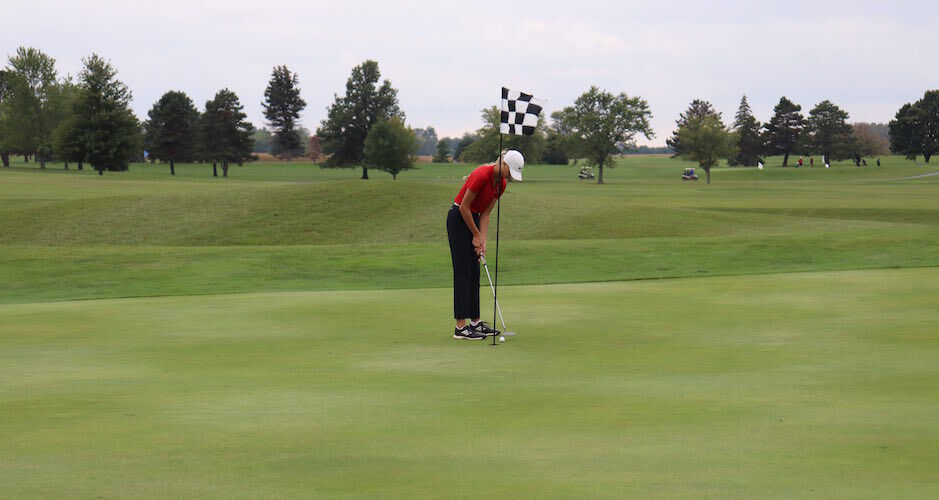 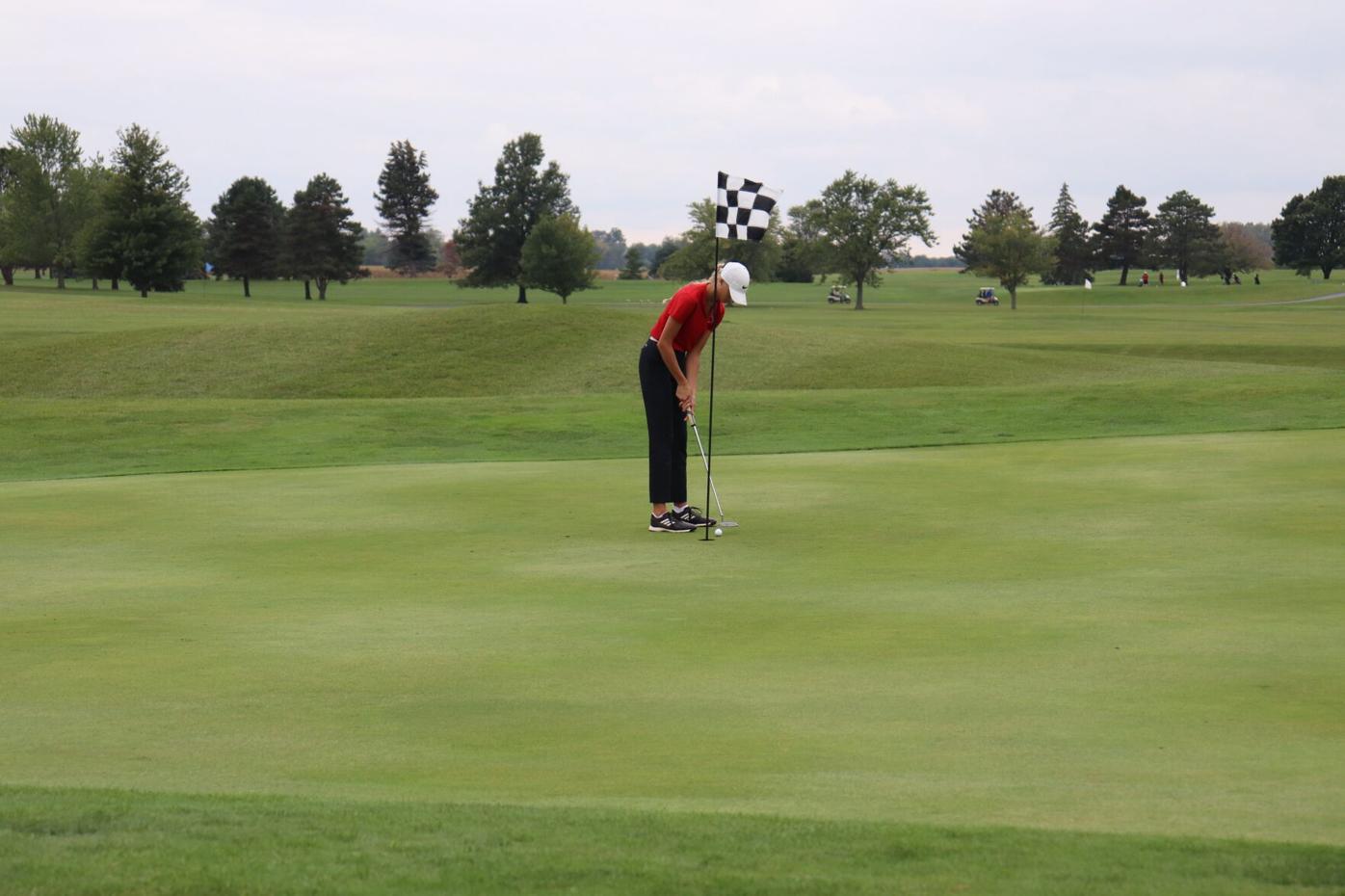 A contingent of area golfers will descend on the Columbus area this weekend with hopes of success at the highest level of high school golf as the Division II and III state tournaments tee off in Columbus and Sunbury on Friday and Saturday.

On the girls side, a pair of Green Meadows Conference golfers are making history for their respective schools as Hicksville junior Kenzie Schroeder and Ayersville sophomore Autumn Osborne will compete in the D-II girls state tournament at the Ohio State University Gray Course. The Defiance County duo are the first county golfers to compete at state since Defiance qualified as a team in 2013 and join an exclusive list of area qualifiers.

The Division II boys tournament will see a stellar season from Bryan continue as the Bears earned a team berth at the D-II meet at NorthStar Golf Club in Sunbury with hopes on adding to an already impressive array of trophies this season.

Finally, Kalida earned its 20th trip to state with a fourth-place team finish in districts while Archbold junior Luke Rosebrook earned the fourth and final state berth from an outstanding district field for the Bluestreaks, which finished just one shot behind Kalida at districts. The D-III festivities will tee off Friday morning at the Ohio State University Scarlet Course.

The girls meet will see area standout Kenzie Schroeder get her first shot at the state field after winning medalist honors at both the GMC and sectional meets and a runner-up finish in districts after shooting 76.

For Ayersville, Osborne’s qualification as a sophomore puts the program ahead of schedule, according to head coach Don Gorrell.

“We’re a year ahead, if not two, from where we thought,” said the Pilot coach. “We wanted to make it to districts and see what happened. We’re beyond excited. From where the program was last year and the beginning of this year, it’s leaps and bounds.”

Osborne tied for fifth overall in the GMC tournament with a 98 but turned it up a notch in the postseason. The Pilot youngster shot an 85 at the Ironwood sectional, the best individual score of any qualifier and nine shots better than the second-best district qualifier. Osborne then topped that effort at districts at Sycamore Springs with an 81 for the third of four qualifying spots.

For either to have success at state, a pair of aspects may turn out to be key.

“From what I can tell, the keys on this course are keeping it in the fairway and putting,” noted Gorrell. “(Osborne) will go as far as her chipping and putting will take her. They’re talking about rain for the weekend so it could be wet out there and that’ll have an impact.”

The boys tournament in Division II will see a solid Bryan team try to add to an already-stellar program legacy in the Bears’ first team state trip since 2012. Bryan shot 324 to win the sectional title after a five-shot team win in the Northwest Ohio Athletic League tournament at Auglaize.

In a new course for districts, Todd Grosjean’s squad tamed Catawba Island Country Club in Port Clinton with a 335 as district champs, led by a 76 from sophomore Noah Huard.

“The kids are excited, they’re relishing the opportunity to play,” said Grosjean. “We’re sharing two kids with other fall sports with Nate Hess playing soccer and Carter Brown as a two-way starter on the football team so it makes it even more special. They’re playing on their own when they’re not at their practices, they’re trying to squeeze nine holes in here and there when they can. I’m proud of the commitment they’ve given us.”

Hess and Brown, both seniors, are joined by classmate Colin Shirkey as the top five on the Bryan scorecard.

“Our kids have played so many different courses, we’ve played Moose Landing with some wind and soft conditions, Catawba Island wasn’t as fierce as it could’ve been with the wind off the lake,” noted Grosjean. “They’re probably going to stretch out NorthStar for the state tournament. The forecast is showing possible rain so that could make things more challenging than normal. The guys have set their sights on the top six with the 12-team field but there’s some really tough programs out there. We’re excited for the challenge.

In Division III, an uber-low district scoring slate squeezed out some talented teams at Stone Ridge with Archbold junior Luke Rosebrook’s 73 earning him the fourth best individual qualifying score. A 68, 69 and 70 were the scores out-tallying Rosebrook’s round.

After earning medalist honors at the NWOAL tournament, Rosebrook was second to teammate Cahle Roth’s 73 with a 78 at districts. Rosebrook was very nearly joined by his teammates in the state field as Archbold’s 332 team score was tied with Allen East behind Kalida’s 331 that earned the fourth team spot and three shots behind third-place Ottawa Hills.

Finally, Kalida nabbed its fourth state team berth in the last five years and 20th overall by escaping the Stone Ridge District. Competing at the OSU Scarlet Course is nothing new for the program as senior Ryan Klausing, the team’s leader through the season, has experience on both the 2018 and 2019 state qualifying teams. Klausing shot 78 to pace the Wildcats in districts while topping that tally with a 72 in sectionals.

Fellow senior Justin Siebeneck was also on the 2019 Wildcat team that finished eighth in the D-III tournament while juniors Kayla Nartker and Ethan Warnecke and freshman Connor Nartker round out a deep roster.