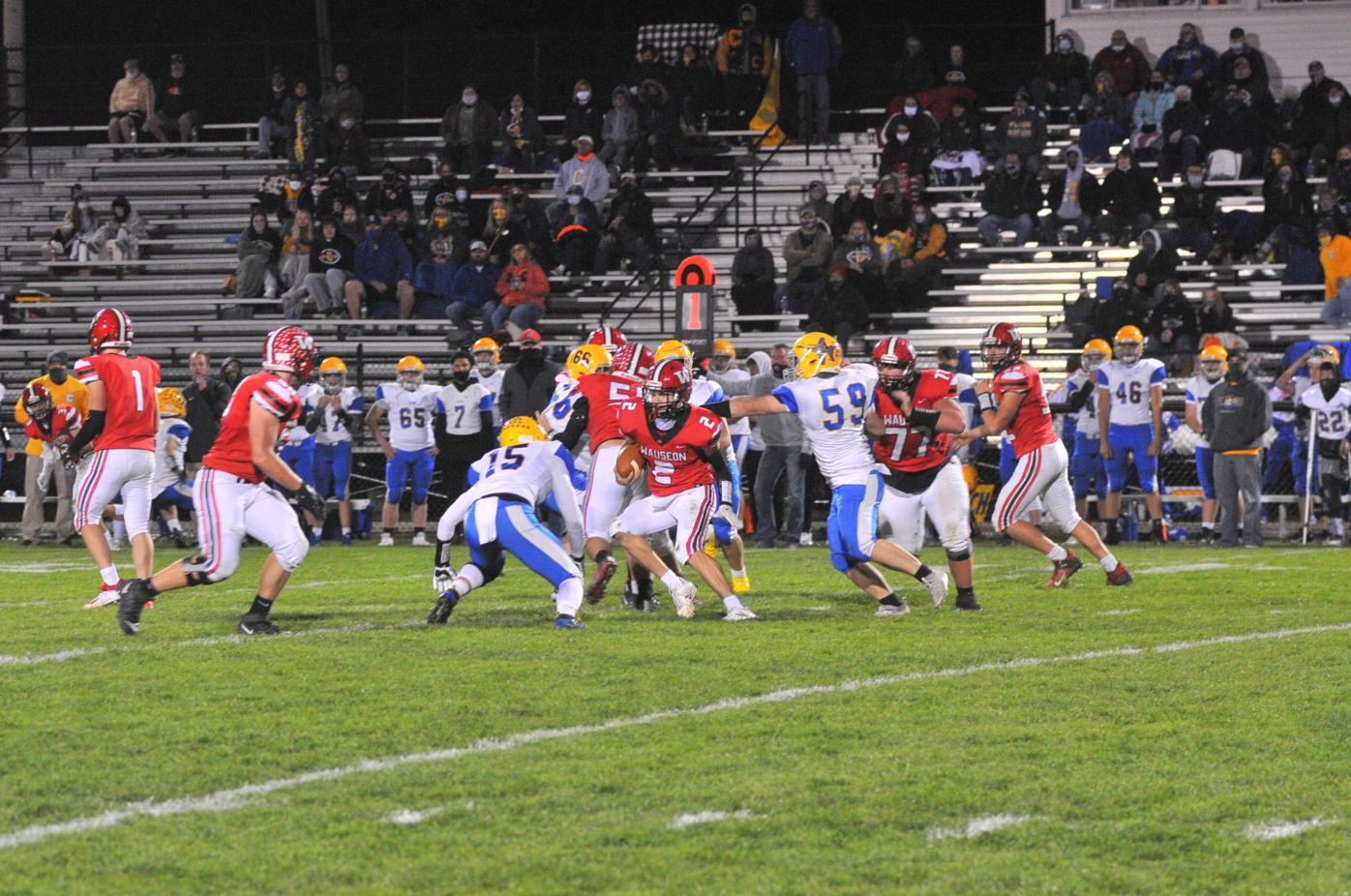 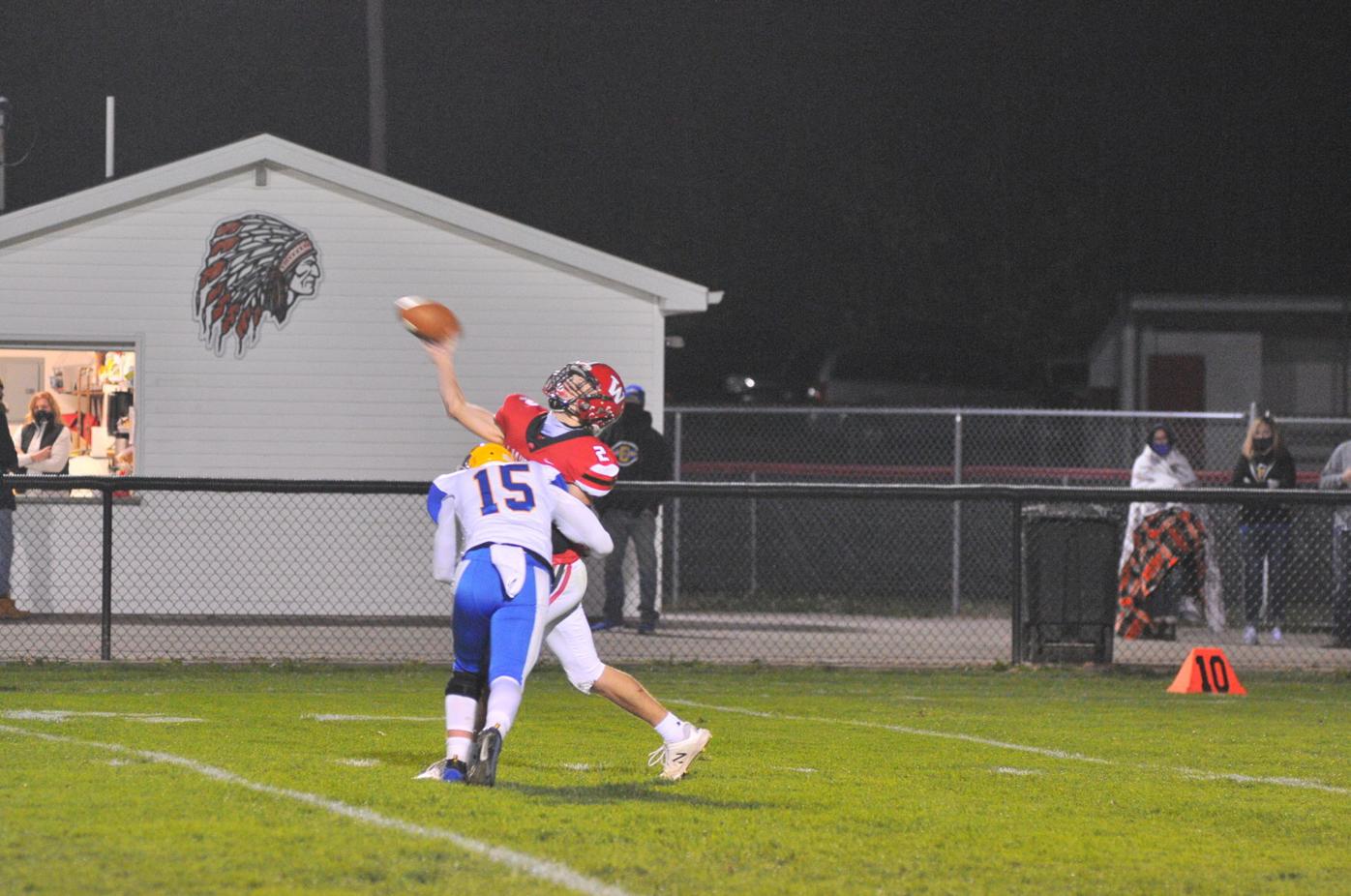 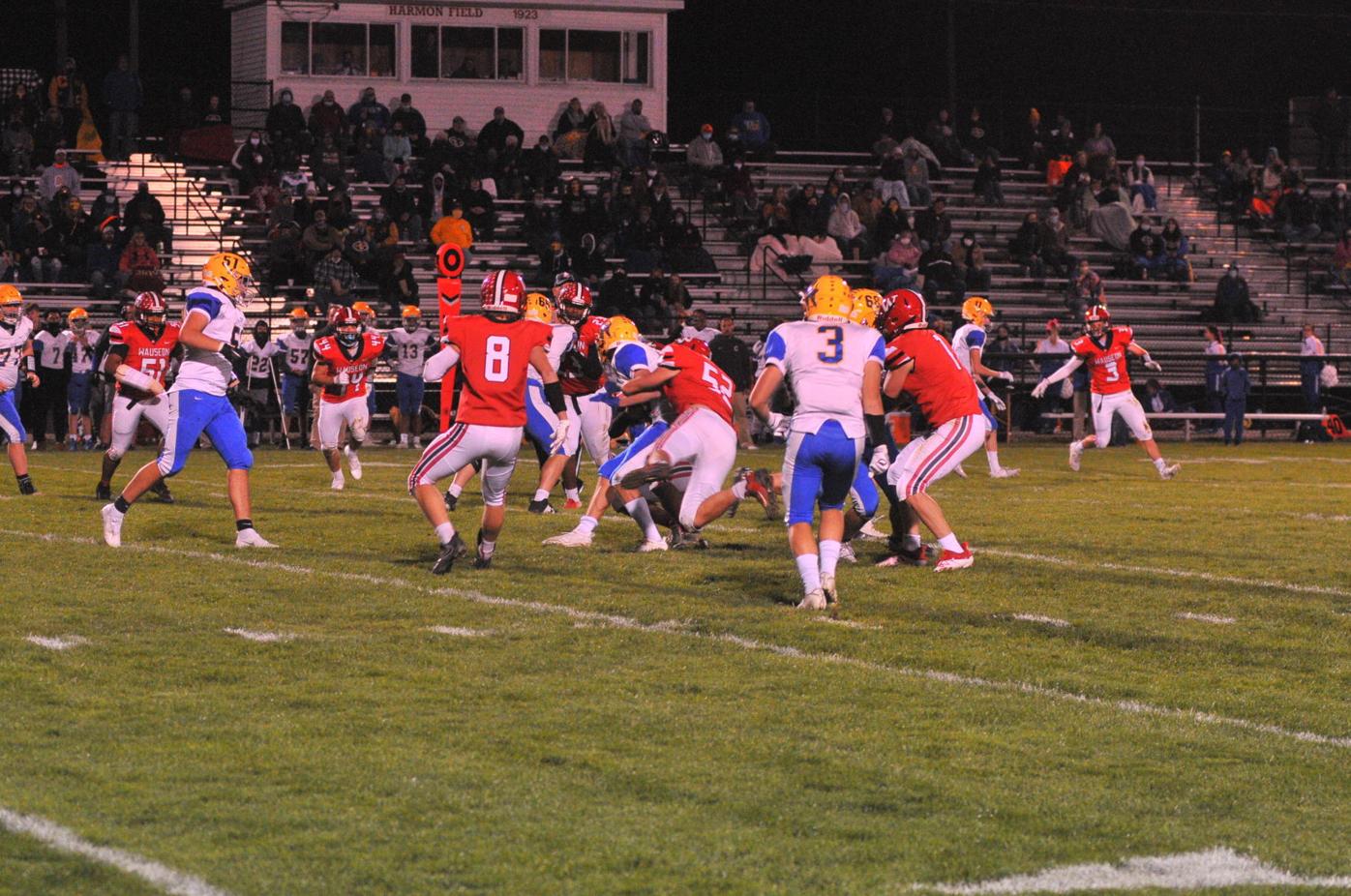 ARCHBOLD – Archbold put the game away with a 28-point second quarter as the Blue Streaks handled Gibsonburg 42-0 in the second round of the Division VI playoffs on Saturday.

DJ Newman had a hand in three of the four TDs scored in the second quarter. He tossed TD passes of 19 and 31 yards to Antonio Cruz, plus a 66-yard run.

Newman finished the game with 151 yards rushing and 148 passing.

Noah Gomez had three rushing touchdowns to go with his 77 yards.

The Archbold defense held the Golden Bears to 75 yards of offense, all on the ground.

Max Phillips rumbled for 203 yards and a touchdown for the Tigers (6-2), winners of six straight. QB Cam Krugh threw for 186 yards and four TDs, including four completions to Phillips for 101 yards and three scores.

COLUMBUS GROVE – Columbus Grove raced out to a 24-0 lead after one quarter in a 59-0 rout of Ottawa Hills in a second round matchup in the Division VI playoffs.

Gabe Clement scored twice late in the opening quarter to help Grove pull away. Already ahead 10-0, Clement scored on a five-yard pass from Blake Reynolds to up the score to 17-0. Just 48 seconds later, Clement took an interception 35 yards for a score.

WAUSEON – Clyde running back Michael Daniels ran for 308 yards on 48 carries, including TD runs of 13 and 9 yards in the final quarter, to send the visiting Fliers past Wauseon 28-15 in a second round playoff matchup.

HURON — Huron’s 17-0 lead after one quarter was too much for Bryan to overcome as the Golden Bears bowed out of the Division IV Region 14 postseason in a 44-22 loss to the Tigers.

Caleb Kepler caught six passes for 67 yards and rushed for two of the three touchdowns for Bryan (5-3). The Golden Bears will travel to Wauseon in an NWOAL contest on Friday.

OTTAWA – Brennan Blevins returned the opening kickoff back 88 yards for a score and Ottawa-Glandorf rolled past Orrville 62-0 in a second-round playoff game.

Along with the special teams score, Trevor Cantrell and Cy Rump returned interceptions for Titan touchdowns.

On defense, the Titans held Orrville to 38 yards on 39 plays, including 11 rushing yards.

Ottawa-Glandorf (6-1) will host West Salem Northwestern in a regional semifinal.

HOLLAND — Toledo Christian scored all 54 of its points in the first half in a 54-28 Northern 8 Football Conference win over Stryker.

LEIPSIC — In a one-point game, Leipsic pulled away with a pair of scores before halftime to and eventually scored a 41-13 win over Antwerp in a D-VII playoff game.

Antwerp (1-7) closed the game to 14-13 when Carson Altimus completed a 67-yard TD pass to Parker Moore. Leipsic pushed the lead back to 28-13 by halftime when Dillan Niese hooked up with Trent Siefker on a 24-yard TD pass, then Siefker closed the scoring with a two-yard run.

DOLA — Paulding stormed back from a 21-6 halftime hole by outscoring host Hardin Northern 24-0 in the second half to claim a 31-21 road victory in regular season action.

Peyton Beckman threw all three of his TD passes in the second half, completing two scores to Caleb Manz in a 339-yard showing. Manz also rushed for two touchdowns and caught three passes for 177 yards. Deyton Price caught a 60-yard TD pass as Paulding moved to 2-6.

The Panthers will play another regular-season contest at rival Wayne Trace on Friday.

HOLGATE — Gavyn Kupfersmith racked up over 300 yards of total offense himself and was responsible for all six Holgate touchdowns in the Tigers’ 39-20 win over Sandusky St. Mary’s Central Catholic.

Kupfersmith passed for 205 yards and three scores while rushing for 111 yards and three TD’s for the Tigers (4-2). Hunter Gerschutz, Xavier McCord and Abe Kelly all caught touchdown passes.

PANDORA — Pandora-Gilboa took a 14-6 lead into halftime but was shut out in the second half as the Rockets fell to 6-2 Sycamore Mohawk 26-14 in a D-VII Region 26 second-round playoff game.