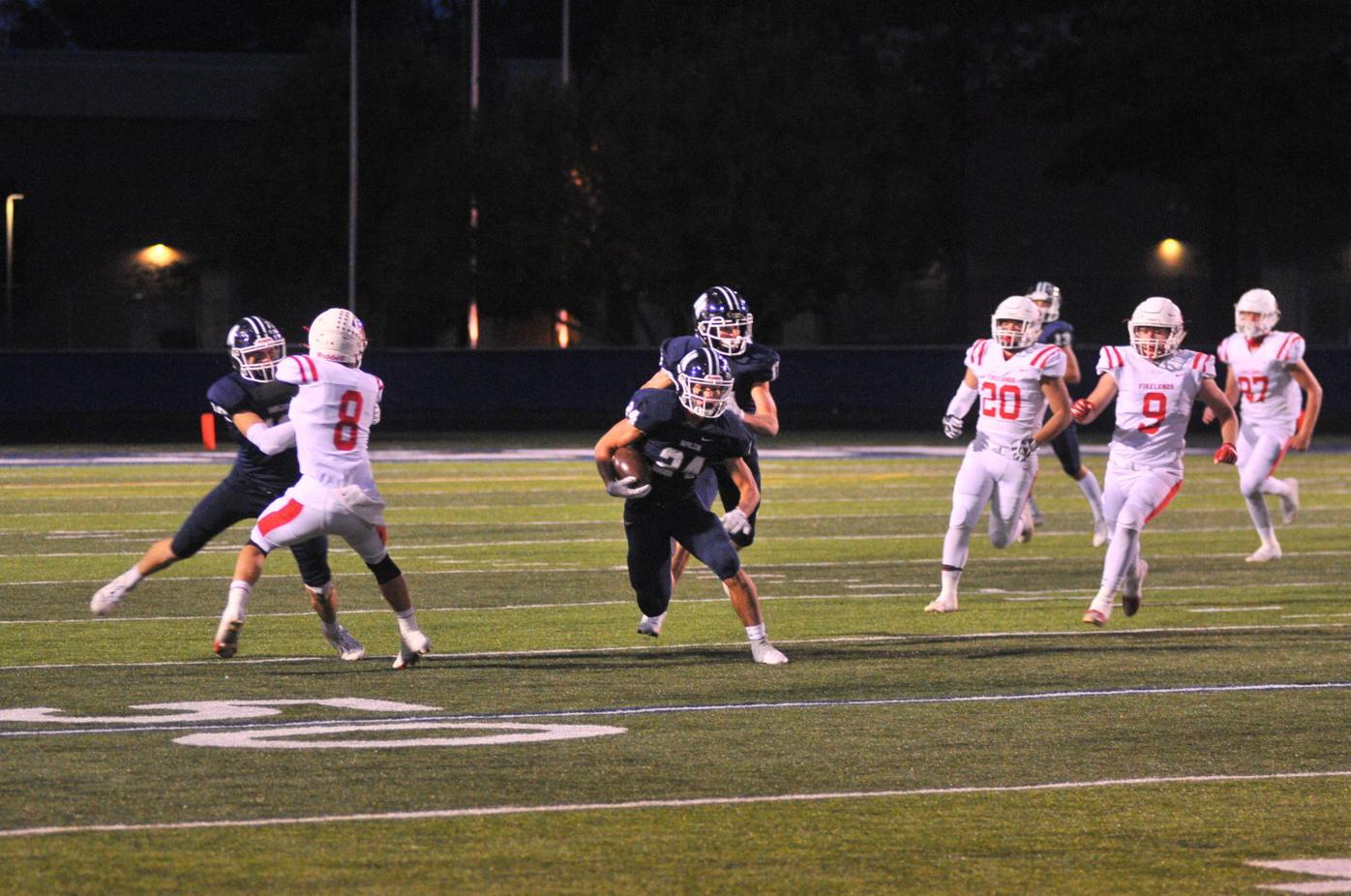 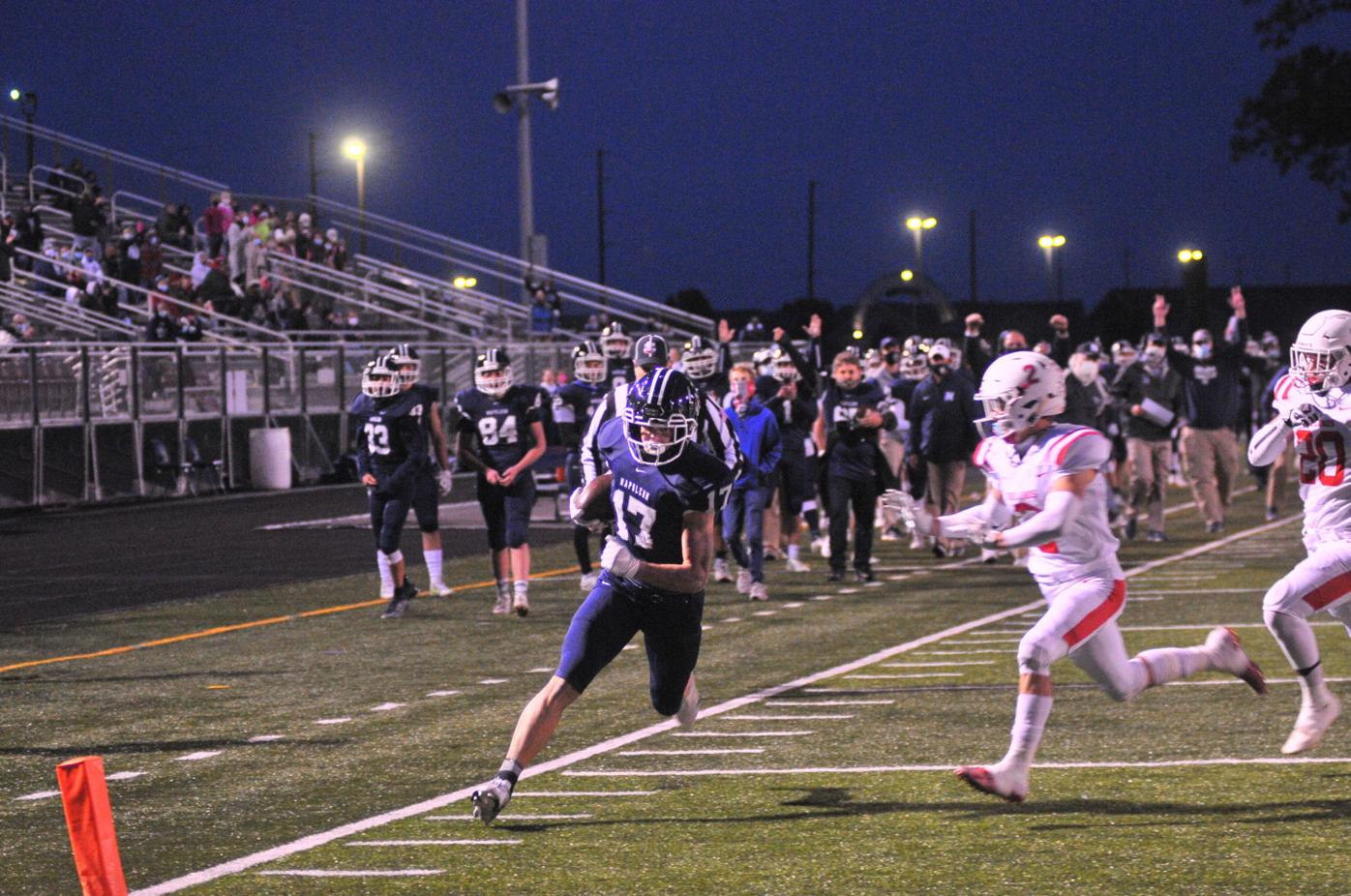 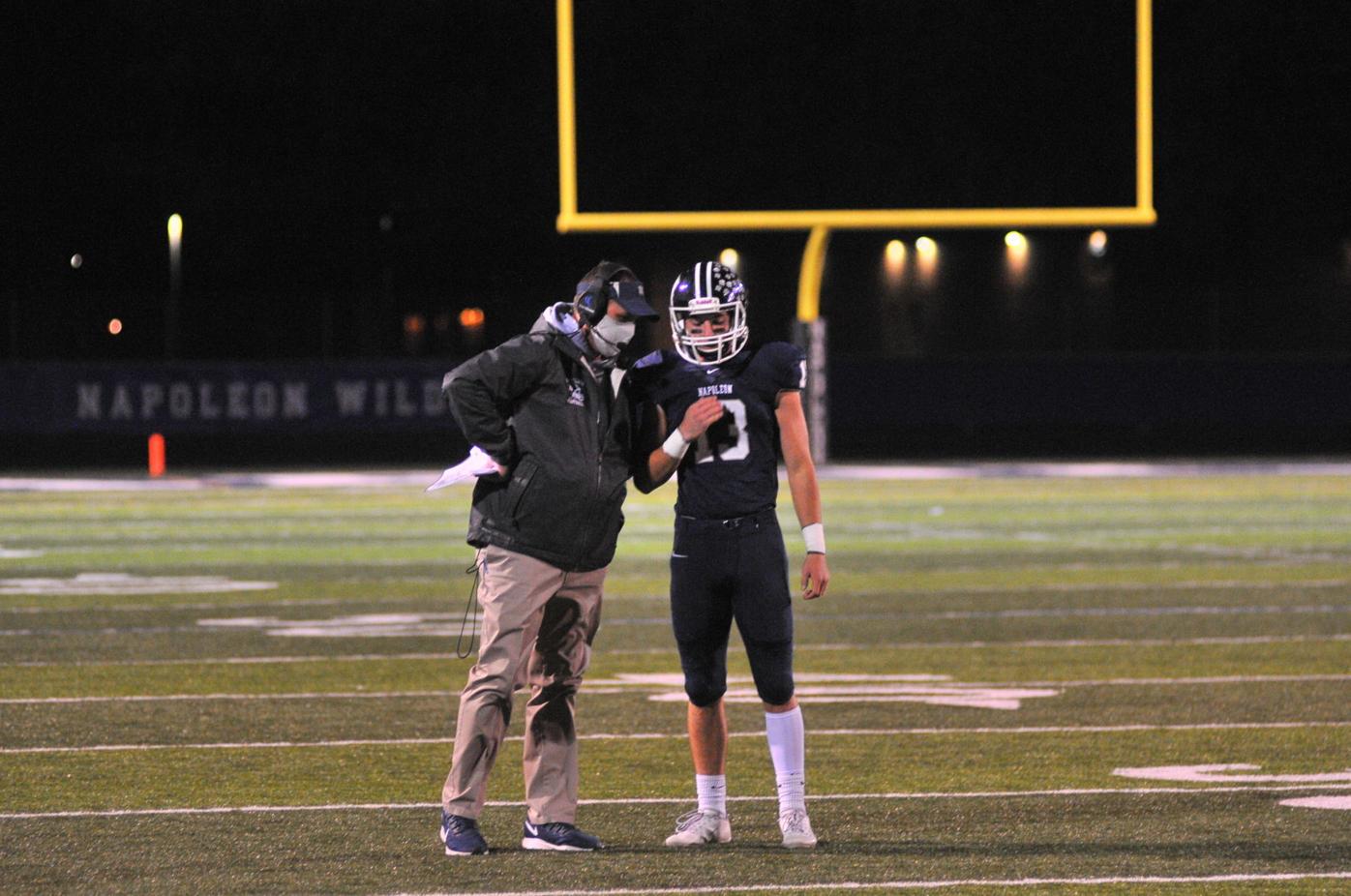 NAPOLEON — In close games, the outcome can be decided by a play here or a play there. Saturday’s Division IV second round playoff game was no exception, as Oberlin Firelands was able to step up and get a pair of key fourth down stops.

The host Napoleon Wildcats also had a miscue on special teams, missing its first extra point of the year. Those all combined to be the difference in a 21-20 win by Firelands.

Napoleon led 14-7 at the half, but Firelands quickly tied the game to begin the second half. Taking the second half kick, the Falcons moved 60 yards in five plays. After solid doses of Donald Crawford, quarterback Kyle Ransom kept the ball on the option, where he went 43 yards after bouncing to the outside. The extra point tied the game with 9:42 left in the third quarter.

As they had done all night long after a kickoff, Napoleon started from its own 20 on a touchback. Stuck with a fourth-and-1 from the 29, the Wildcats elected to keep the offense on the field. The pitch play resulted in a loss, which gave the ball back over to the Falcons at the Napoleon 26.

“We figured with the 30 mile-an-hour winds at the time, we weren’t going to gain more than 10-15 yards of field position,” said Strock. “We didn’t think it was worth it. We rolled the dice on that.”

Firelands made use of the field position, taking five plays to get into the endzone. On a third-and-11, Ransom rolled out and found Caden Bomback, who was able to dance around the pylon on the near side and into the endzone for a 14-yard TD pass. The extra point finalized the first Firelands lead of the game at 21-14 with 4:58 left in the third quarter.

Another thing Napoleon was able to do was chew up come clock with long drives. Their final score was no exception, taking 16 plays. Runs from Tanner Rubinstein and Justin Aldrich did the damage, with Aldrich jumping the pile and scoring from two yards out with 10:16 left to play.

However, problems on the extra point lead to a missed try on a pass, which kept the Falcons in front a point.

“Everything was good,” Strock said about what he saw on the missed extra point. “I’ll be honest, the snap was good. We weren’t able to get it down.”

Going for the lead with 10 minutes to play also came up.

“Going for two crossed my mind,” admitted the Napoleon coach. “At that time, there was 10 minutes left, so I didn’t want to be chasing that point.”

The Wildcats did get one more chance with the football. Forcing a punt, Napoleon took over the their own 27 and once again marched down the field. After one first down, Napoleon was in a fourth-and-2 from the Firelands 44, where Rubinstein picked up a tough six yards to move the sticks.

Four plays later, the Wildcats were once again stuck in another fourth-and-2, this time from the Firelands 30. Again the Wildcats went to Rubinstein, but this time the Falcon defense was ready and pushed him back for a loss.

The Wildcats opened the game on an 11-play drive, which was finished on an 18-yard scoring run from Rubinstein. Firelands answered in two plays, with the speedy Crawford going the final 56 to tie the game.

“My biggest concern was Crawford getting loose on us, breaking it to the outside,” said Strock. “We saw on film he was very fast. My fear came true. He was able to get loose on us.”

Napoleon answered with another long drive before the period ended. Going 14 plays, all runs, the Wildcats took 6:28 to get a two-yard score from Mikey Chipps with seven seconds left in the opening quarter.

Chipps battled injuries all game long, finishing with 96 yards on 20 carries. Rubinsten, a converted receiver, ran for 122 yards on 30 attempts.

“He gave us what he could,” the Napoleon coach said of Chipps. “He battled. Early on, he gave us a shot. Mikey has that extra gear.”

With the 14-7 lead, Napoleon had a chance for more points before the half ended. Putting together another long drive, the Wildcats were set up with a first-and-goal from just inside the 10. Three runs by Chipps put Napoleon at the 4, where they elected to go for the score. A pass fell incomplete and Napoleon came away with no points.

“That was huge,” Strock admitted of coming away with no points. “Had we gone up 21-7 in the first half, it’s huge. That changes everything.”

Sending the field goal until did come up.

“We talked about it,” added Strock. “Under the conditions, we decided against it. That was definitely discussed.”

Another attempt came late in the half after a Joshua Mack interception gave the ball to the Wildcats inside Firelands territory, Napoleon picked up a first down on a halfback pass but after that the drive bogged down at the 27. To end the half, Napoleon went with a hook-and-ladder play to try to score, which came up just short.

Napoleon (4-3) is scheduled to host Anthony Wayne on Friday.