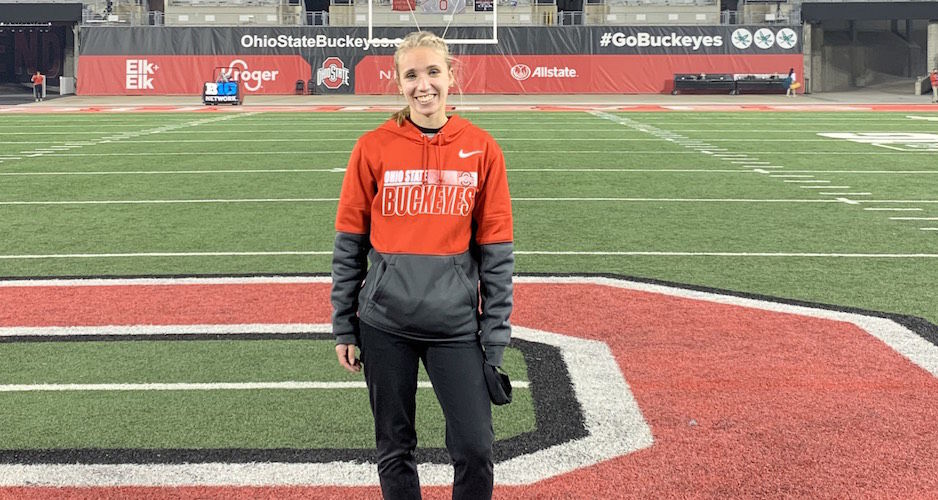 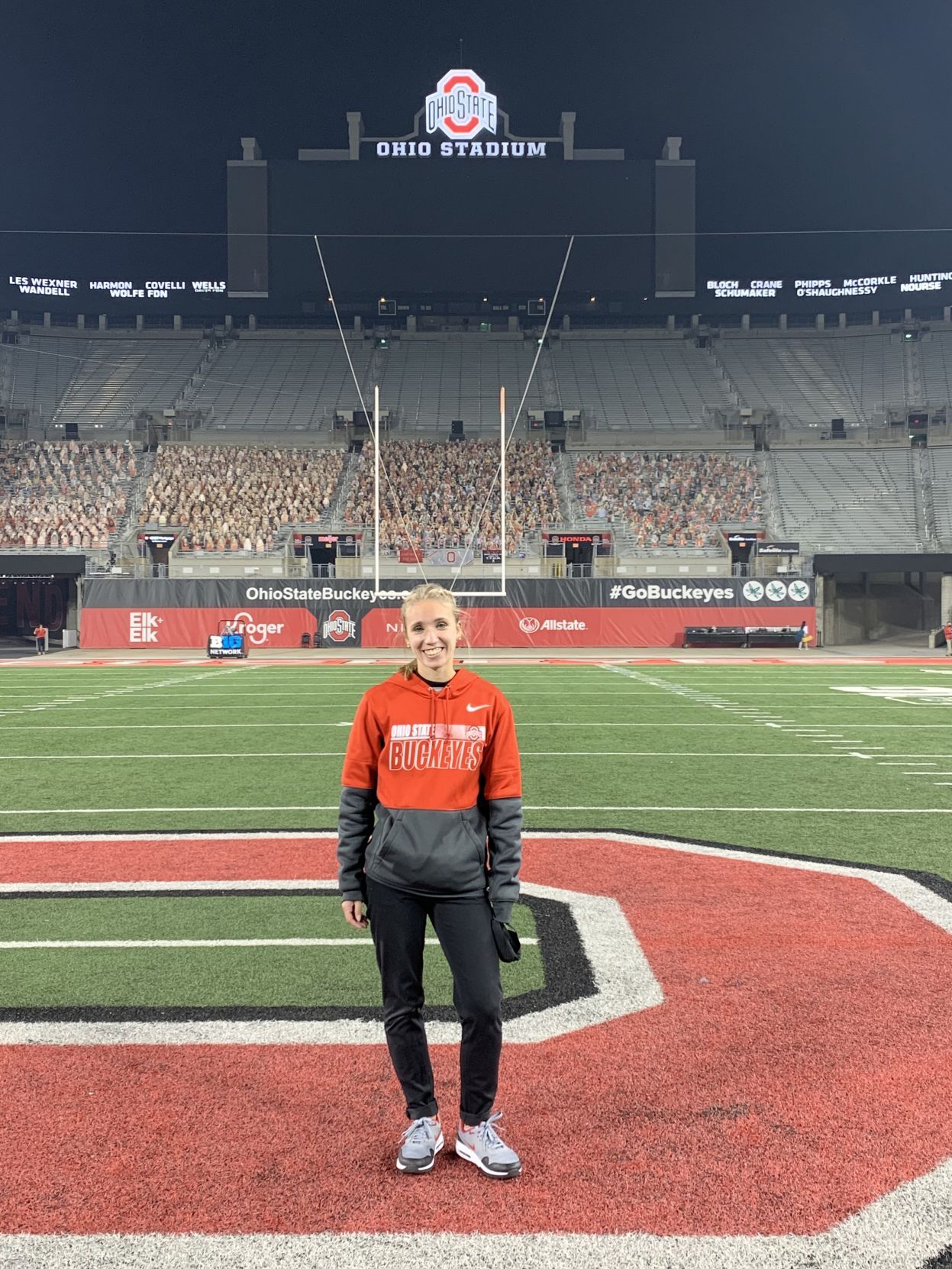 Ohio State senior and Napoleon graduate Cailyn Prigge has been part of the 2020 Buckeye football journey as an equpment manager.

Ohio State senior and Napoleon graduate Cailyn Prigge has been part of the 2020 Buckeye football journey as an equpment manager.

COLUMBUS — For Napoleon graduate and Ohio State University senior Cailyn Prigge, the 2020 season has been one unlike any other.

Prigge, a 2017 Napoleon High School graduate, has been a part of the Ohio State football equipment management team throughout her time in Columbus.

In a program with the scope and magnitude of the Buckeyes’, the opportunities provided are like few others with trips to bowl games and marquee events on a yearly basis.

But for Prigge, it’s been a dream come true from a young age.

“I’ve always dreamed of being a Buckeye,” said Prigge. “It is one of the top schools around, plus my family have always been Buckeyes at heart. I grew up watching Ohio State football on Saturdays and then as a student, being able to watch the games in The Shoe (Ohio Stadium) was amazing.

“As a freshman, I came in knowing that I wanted to do something that involved sports for my future, I just wasn’t quite sure what that would be. Then, I found this opportunity through some family friends. I went through the interview and tryout processes and now, here I am, a student manager for the Ohio State Buckeyes.”

Prigge’s senior year projected to be one that could have plenty of memorable moments. After the Buckeyes’ 13-1 season and berth in the College Football Playoff in 2019, Ohio State seemed primed to do more of the same in 2020.

The season was first shortened to conference-only games in July, but a month later, the Big Ten voted to postpone fall athletics. Finally on Sept. 16, the Big Ten approved an eight-game season that began in October.

Unfortunately, of those three games missed, one was the annual tilt against rival Michigan, the first time since 1917 that the two teams haven’t met.

“It all has just been a crazy year for all of us,” admitted Prigge. “We have had some lows with not being able to play but some amazing highs. We may not have gotten to play That Team Up North but we are Big Ten champs and Sugar Bowl champions as well. Everyone has made so many sacrifices this year to get to this point and these games have made it worth it.”

With the coronavirus always in mind, the work changes slightly with the postseason going on, according to Prigge.

“I think the biggest change this year is all the cleaning and safety measures that have been increased due to COVID,” explained Prigge. “Also, I now get tested with the team, so I have to follow very strict guidelines just like the athletes to keep us all safe.

“(Other than that), there’s not a whole lot of changes in our day-to-day. We have things like patches for the jerseys that get put on and the Nike Diamond swoosh for the pants, as well as media day travel suites and other small things like that.”

With the end of her college days approaching in a few months. Prigge hasn’t fully decided on the direction of her future. The former Wildcat track and cross country runner will graduate in May with a degree in sports industry and a minor in education.

“I have thought about a few different routes, such as a high school athletic director or working in the recruiting and operations side of college sports,” noted Prigge. “I’m also interested in looking into a master’s in education and becoming a teacher.”