Skip to main content
You are the owner of this article.
Edit Article Add New Article
You have permission to edit this article.
Edit
Home
e-Edition
News
Sports
Obituaries
Local Events
Opinion
Announcements
Classifieds
Special Sections
Reader Services
Submission Forms
About Us
1 of 4 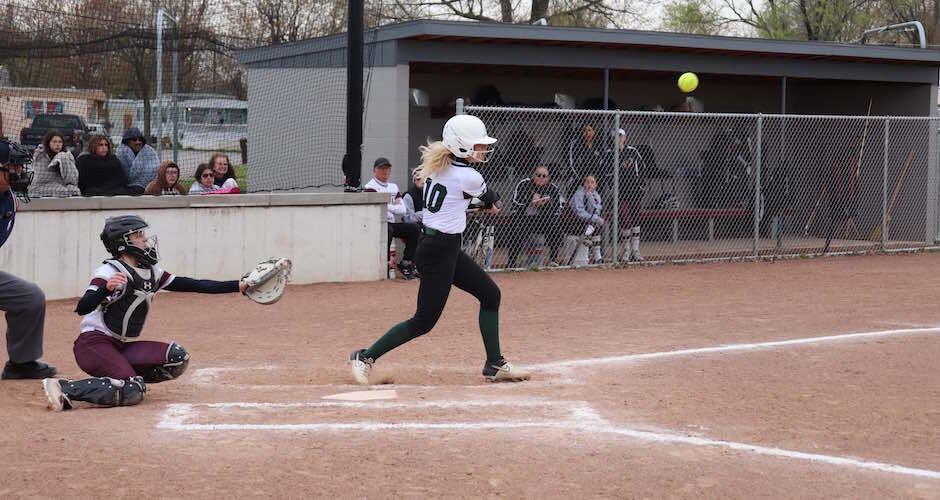 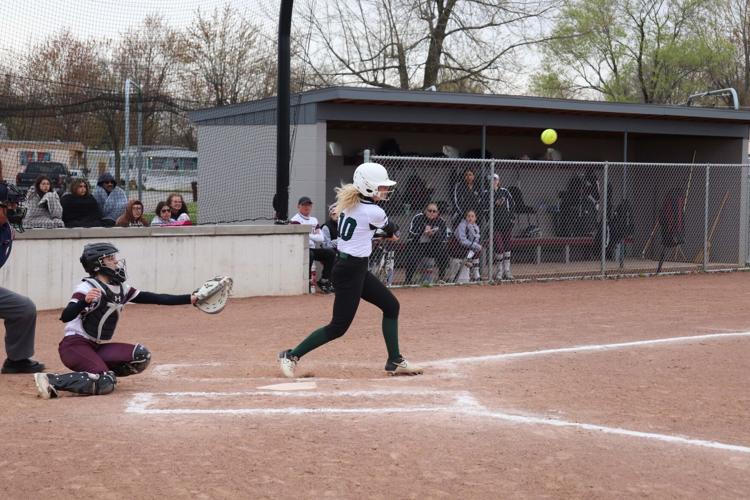 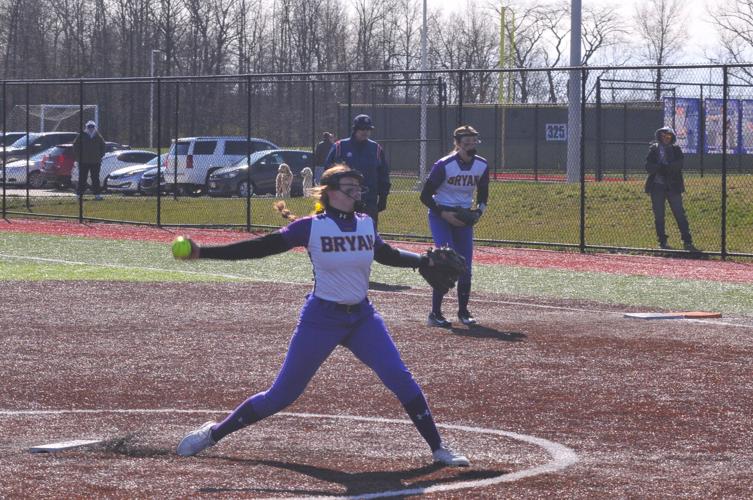 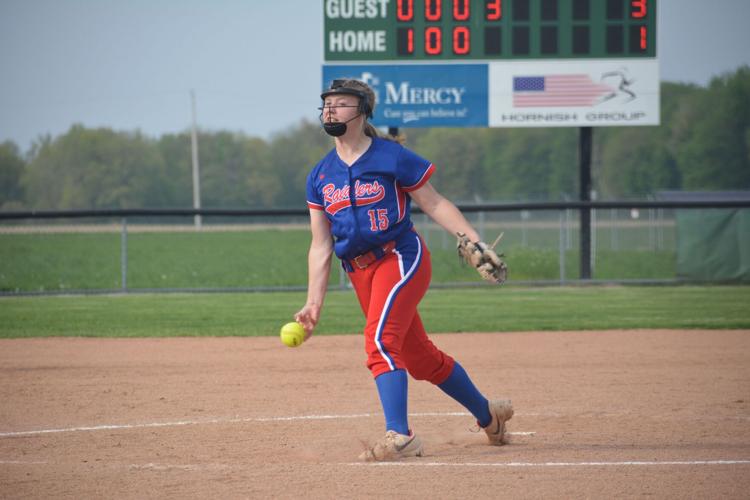 Regional softball is upon us as one area team is making their first trip in program to history while others are finding themselves in familiar spots.

There is at least one team left in Divisions II, III and IV so there is plenty to break down as teams battle for a spot to be one of the last 16 teams in Ohio still playing next week.

Bryan softball (16-6) is making their first-ever trip to regionals after an 8-7 district win over Lima Bath on Saturday.

For Samantha Fowls, it’s just another sign of a growth in the girls side of Bryan athletics over the last couple of years.

“Our girls sports programs over the last couple of years have been able to develop a sense of competitiveness and urgency and that has obviously been evident in our season,” Fowls said. “We really came around this last half of the season and have been stepping up in lots of ways. We just have the mentality that we are not done yet.”

The Golden Bears will match up with Lexington (21-4) in regional finals on Tuesday at 2 p.m. at New Riegel High School.

It is the first regional appearance for Lexington since 2011 who are led by their seven-person senior class. Jillian Bammann leads them on offense with a .532 batting average. Bammann will also get the ball in the circle. She’s 11-4 with a 2.37 ERA and 119 strikeouts this season.

Bryan has been led at many points this season by their senior pitcher Addison Arnold. Arnold won NWOAL player of the year last year and continued to mow down hitters in 2022 with a 12-6 record, 2.17 ERA and 249 strikeouts in 135.1 innings pitched this season.

But in their district finals win on Saturday it was the offense that came through which is a big boost for the Golden Bears heading into regionals.

“At the beginning of the year our hitting just wasn’t fully there yet, we had a lot of games canceled. We crammed a lot of games in at the end and you can start to see the time and practice our girls have been putting in is paying off,” Fowls said. “It’s important that we keep hitting the ball well so that Addie doesn’t feel like the weight is all on her shoulders.”

Arnold has also been a force at the plate this season with a .429 batting average, 23 RBIs, 20 runs and six doubles. Marlee Yoder leads them in average at .467 and has scored a team-leading 26 runs. Kailee Thiel is hitting .406 on the season with 23 RBIs, 18 runs and five doubles on the season.

The winner of Bryan and Lexington will play the winner of Oak Harbor and Norton in regional finals on Friday at 5 p.m.

Tinora softball (19-3) finds itself back in the sweet 16 in Division III for the first time since their state run in 2018. The Rams defeated Northern Buckeye Conference opponents Eastwood (21-5) and third-state ranked Otsego (26-3) to get to this point.

It is a great run for first-year head coach of the Rams Tony Fairchild, who is excited about not only the potential this current team has but for the experience that being at this stage will give his team that only has one senior on the roster.

“Coming in and having this much talent on the team makes it a little easier as a head coach coming in, but getting to this point in the tournament is just huge for us as a program as we try to build to go forward,” Fairchild said.

But as lone senior Quinn Horn said after their district championship win, the Rams just want to keep playing until they can’t play anymore and to do that, they’ll have to get by another state-ranked team in Cardington-Lincoln (22-4)

The Pirates come in ranked third in DIII and a big part of that ranking is sophomore pitcher Genevieve Longsdorf who during the regular season sported a 15-1 record with a 0.76 ERA and 138 strikeouts in 91 innings.

Longdorf pitched in regional finals last season in their loss against the eventual state champions Fairview.

The Rams have a sophomore ace to match in Scylea Zolman, whose arm and bat are the most important reason Tinora finds themselves back at regionals.

Zolman has given up just two runs in 23-innings of work this postseason while simultaneously driving in six of their eight runs in the three games, all on separate two-run home runs in sectional finals and district semifinals.

Her latest heroics came via her arm in Tinora’s 10-inning district final win over Otsego in which the sophomore threw 158 pitches, gave up only five hits, a run (not earned) and struck out 19.

The only thing lacking from the resume of Zolman is the experience of being on the regional stage. But Fairchild doesn’t think the stage will be an issue for the star pitcher.

“She’s played a ton of travel ball and faced a lot of great hitters so I’m not too worried about the stage for her,” Fairchild said. “She just has to stay within herself and not overpitch… sometimes she gets caught up in trying to do too much and that is when we have to reel her back in.”

This Pirate lineup will not be easy to navigate for Zolman despite her experience as they have two batters hitting over .500 on the season in Mac Linkous (.592) and Dana Bertke (.579) and the ability to drive runners in to go with it as Hailee Edgell led the Knox Morrow Athletic Conference in doubles (11) and RBIs (43) while players like Bertke (5 triples, 33 RBIs) and Ari Simpson (3 home runs, 24 RBIs) have shown a penchant to drive runners in as well.

As for the Rams, they pack a little bit more of a punch with the longball with four players Zolman (8), Horn (6), De’Vona Holmes (6) and Tegan Norden (6) hitting at least six home runs on the season for them.

Anna Frazer will be a huge part of the top of the lineup as she was against Otsego, sporting three singles, a run scored and an RBI in the win.

Van Buren and Margaretta are scheduled to play the first regional semifinal at Elida High School on Tuesday at 4 p.m. Tinora and Cardington-Lincoln will start after that game’s conclusion. The regional finals are set to be played at 5 p.m. on Friday.

This year though they’ll face off against each other, both with pitchers that have not yet pitched at regionals.

Sophomore Logen Bland will get the ball for the Raiders after going 16-5 with a 2.34 ERA and 85 strikeouts through 131 innings this season. It will be a tall task going up against a Hilltop lineup that has scored 321 runs this season, but for Wayne Trace head coach Amber Showalter, Bland worrying about herself is the number one priority.

“She (Bland) just needs to stay true to herself, finish the ball, hit her spots. We don’t have control over everything so we just need to control what we can control,” Showalter said.

The Hilltop lineup will be led by senior Lana Baker who leads the area in home runs (14) and RBIs (69), has clubbed 14 doubles and scored 48 runs. She also leads the Cadets in batting average at .505.

The 14 home runs are what has Showalter most worried as Baker has the increased capability to change the game with one swing.

“We want to keep the ball in the park and just give our defense a chance to make a play,” Showalter said. “Things will change as the game goes on but we just need to be diligent with where we are pitching and if she hits it then we have to know that we have to hit the ball to. There is only so much you can do with someone who hits the ball that well.”

As a junior last year, Hilltop’s Lana Baker was a part of a one-two punch in the circle that included Kodi Brenner, who pitched both regional games last season. This year Baker has shined as the top arm for the Cadets with a 15-3 record, 1.62 ERA and 177 strikeouts in 108 innings pitched.

Hilltop and Wayne Trace are scheduled to play their regional semifinal at Clyde High School on Wednesday at 2 p.m. The winner will play the winner of the second semifinal between Lincolnview and Mohawk in the regional final at 5 p.m. on Friday.

Check your email for details.

Submitting this form below will send a message to your email with a link to change your password.

An email message containing instructions on how to reset your password has been sent to the e-mail address listed on your account.

Your purchase was successful, and you are now logged in.

A receipt was sent to your email.