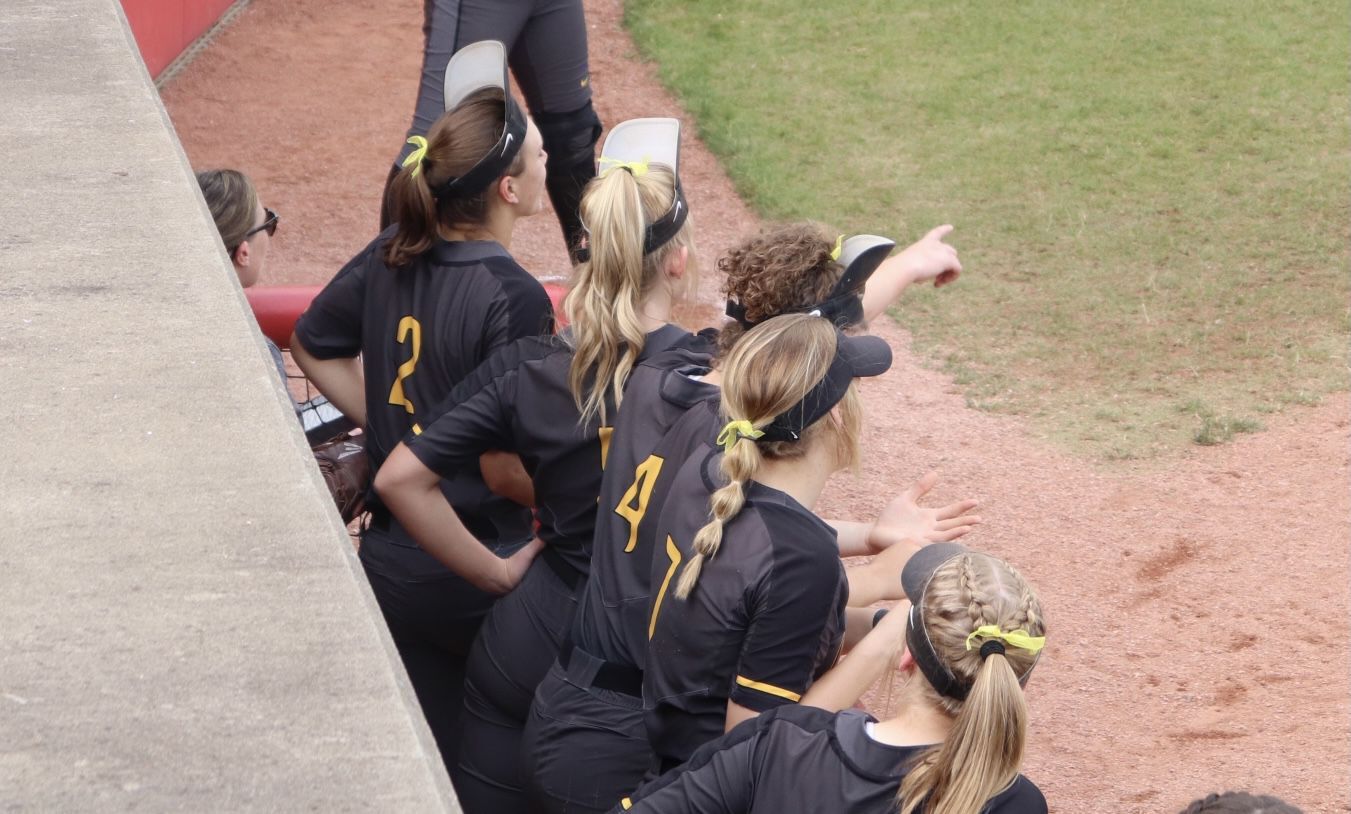 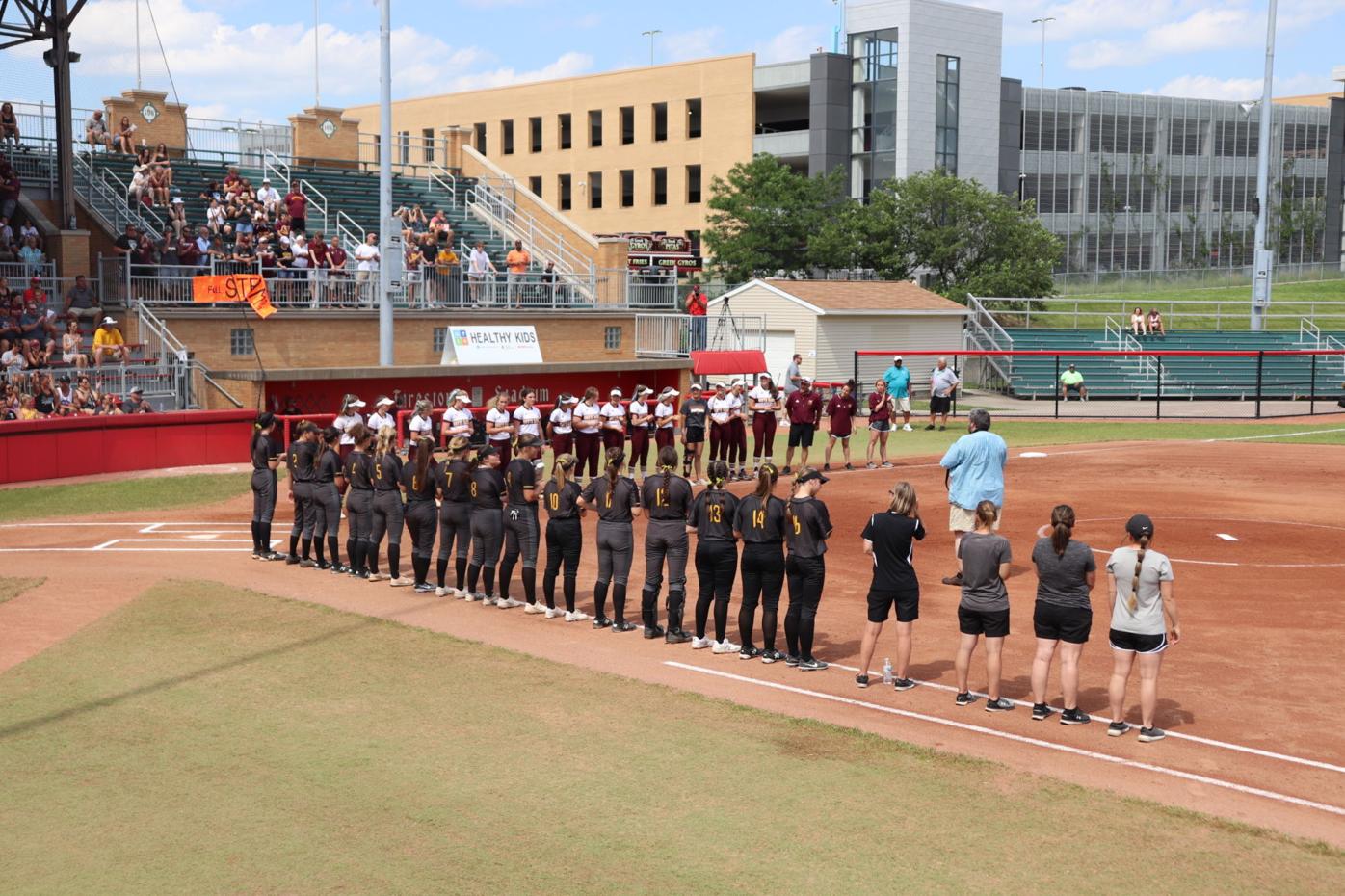 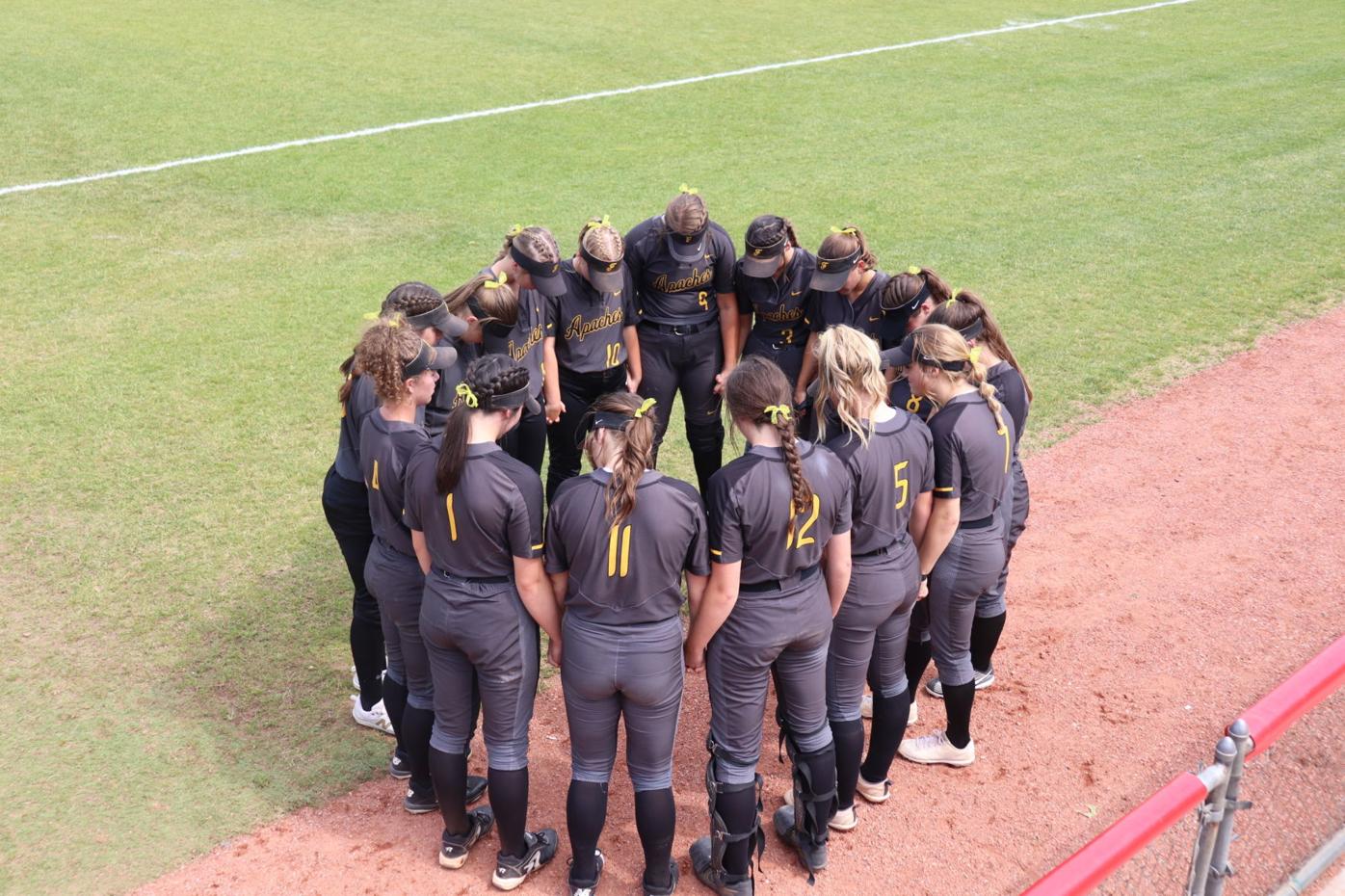 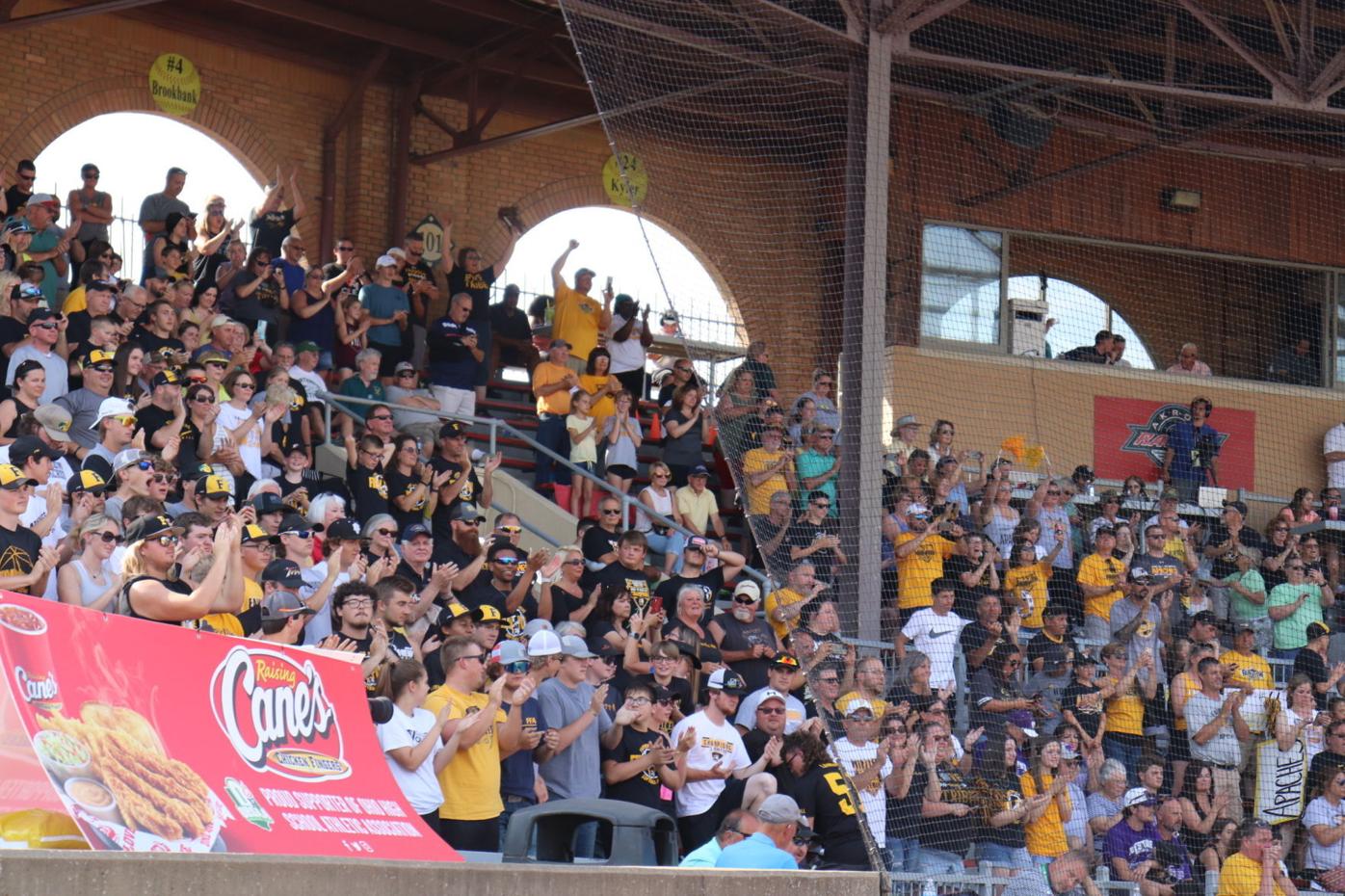 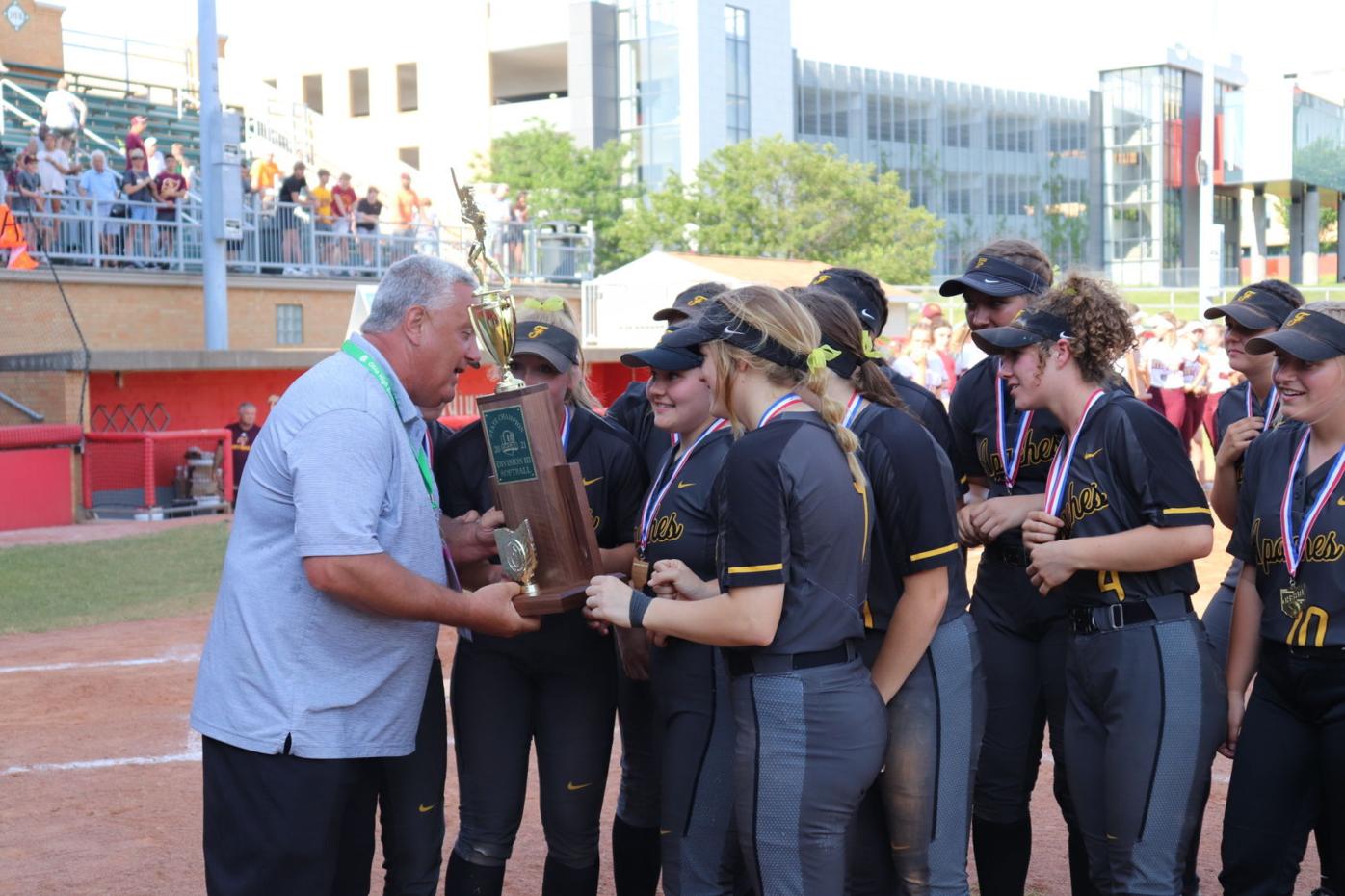 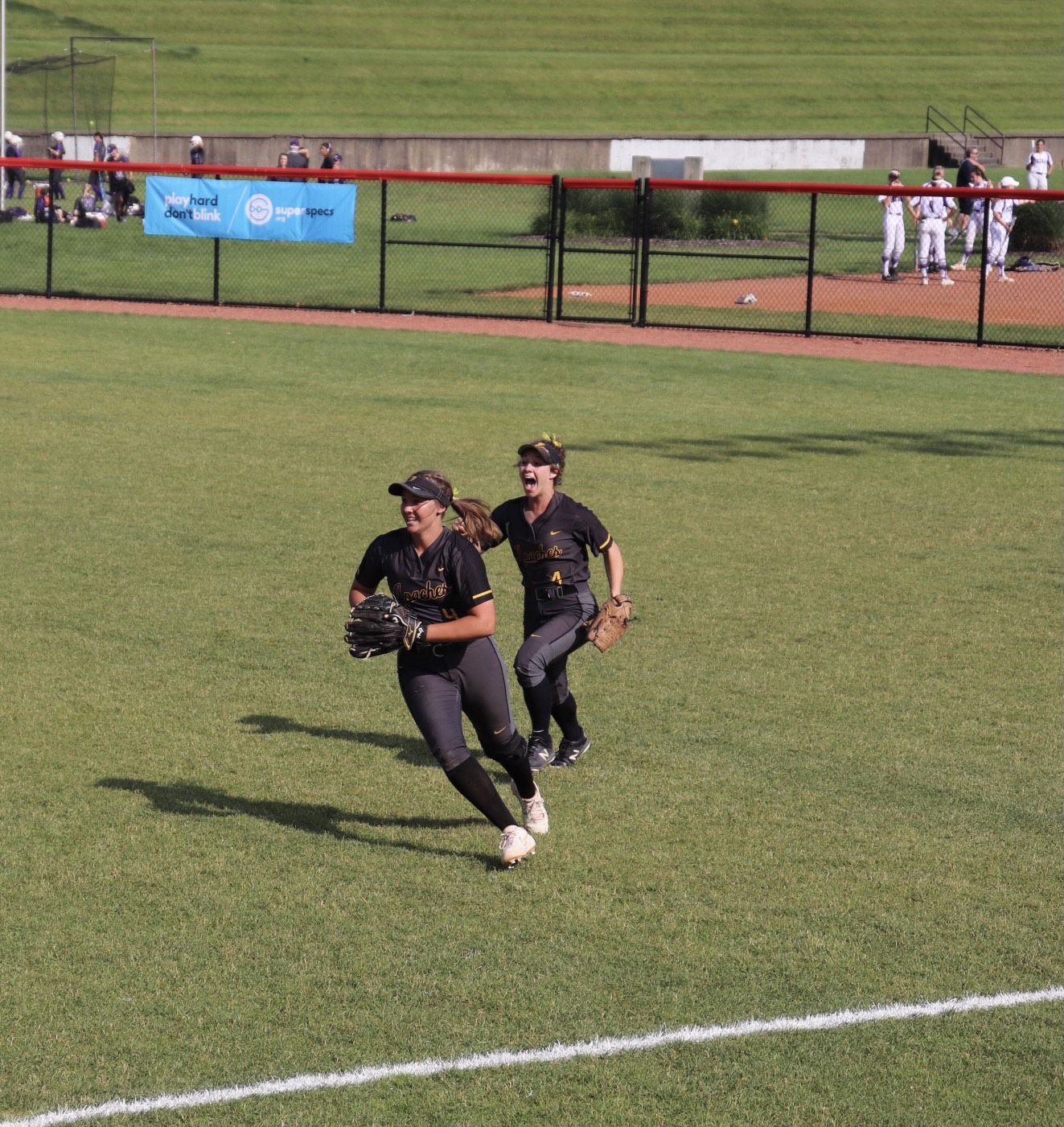 AKRON — Through the last 18 months — and truly, longer than that — adversity has been the buzzword in locker rooms and news conferences across the world of sports.

Losing the 2020 spring sports season dashed the hopes and dreams for plenty of programs to reach the ultimate goal of hoisting a state championship trophy and slamming a window shut that doesn’t open all that often.

For Fairview, the window has felt open even longer with the softball program’s runs to regionals over the past decade all ending in heartbreak and the goal of Akron seeming out of reach year after year.

That window just got shattered and the dream is complete.

“This is literally the best group I could possibly ever have,” said Fairview coach Staci Renollet, having been there for all the highs of the last two-plus decades in Apache softball. “The group of girls, the assistant coaches, the parents that I have, it truly is a family.

“All of our players from the past, our alumni that got us those five district championships, that set the tone and then this group decided they were going to be that team. They put in the work and really never looked back.”

But whether it was a star turn from sophomore pitcher Paige Ricica, yet another postseason home run from senior stalwart Anna Ankney, outstanding defensive efforts on catches by sophomore second baseman Allison Rhodes and senior catcher Olivia Ricica or two more hits from junior Alyssa Merritt, Fairview had a complete game.

And when the Apaches have a complete game, no one’s standing in their way.

“I feel like nobody on the team really wants to be the star of the show,” said Rhodes. “We’re always happy for each other, we’re always hyping each other up … It’s an unbelievable feeling, I can’t even explain.”

28 straight victories to end the 2021 campaign and a staggering 351-44 margin of victory this year means you can put the Apaches right up there with the state’s best.

The other thing that caught my attention as I took in five of the Apaches’ seven postseason wins this year is the joy their dugout brings to the game.

Sure they’re focused and mean business when they take the field. Having a season taken away by a pandemic and two more seasons ended by regional heartbreak will do that.

But the smiles are unshakeable. The cheers are unending. The belief is unflappable.

Seniors Ankney, Ricica, Mavis, Cline, Clair Shininger and Emerald Rittenhouse-Starbuck have led a program to the mountaintop and never had a doubt along the way.

Trying to rain on the Apaches’ parade was going to be impossible in 2021, even though a washed-out Thursday state schedule pushed the Apaches’ scheduled Friday state semifinal to Saturday and the state finals to Sunday.

That joy and those cheers could certainly be heard from Akron on Sunday afternoon all the way back in Sherwood or Ney or Farmer or Mark Center as a sea of Black and Gold accompanied the Apaches to the Rubber City.

“It was completely unreal when we walked out on the sideline to get our name announced and the crowd just roared,” said Mavis. “Those seats filled with Black and Gold, it’s completely amazing.”

Soak it in Fairview.