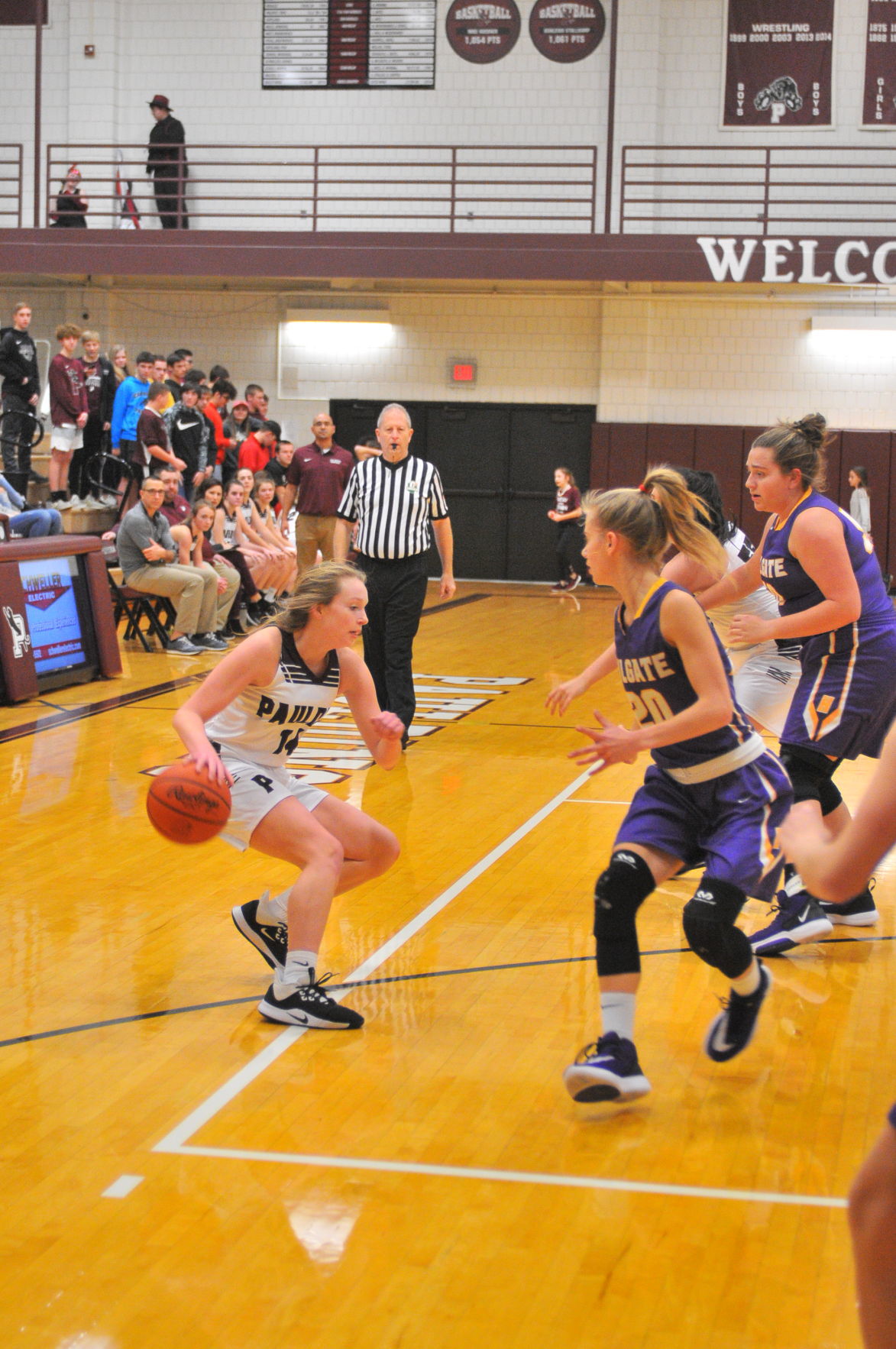 Counting this season, the last four campaigns have been under the tutelage of four different coaches.

But thanks to a new infusion of talent, attitude and positivity, the Panthers are reaching new heights.

Senior guard Chelsi Giesige is leading the charge for the Maroon and White in 2019-2020 under first-year head coach Matt Arellano as the Panthers have hit a new stratosphere with a blistering 12-3 start to the year.

That stellar start has made the campaign historic already for the Panthers, which are assured of a finish above .500 this season for the first time since the 2003-04 Paulding squad finished 16-6.

That kind of history making is not lost on Giesige, Arellano or any of the players.

“We made it a point to let them know after (Tuesday) night’s win that it was the first time in 15 years that they’re going to have a winning record after the season’s over,” said Arellano, who had spent many years in assistant coaching capacities in Paulding’s athletics programs before taking over the lead role in May. “That’s something for them to be proud of. You should be proud of that.”

For Giesige, the transition has been even more of a change.

Chelsi, one of just three seniors on the Panther roster, and sophomore sister Audrey transferred to Paulding from Columbus, Ind. in October of 2018. The 5-8 guard, though learning on the fly, described the deep dive into the program as an accelerated version of getting acquainted.

“Well, we moved literally like a week before the season started so that really did help make friends because I was just being put into a team,” explained Giesige, who leads a balanced attack for Paulding with 15.8 poings, 6.3 rebounds, 3.4 assists and 2.6 steals per contest through 13 games entering the week. “I have a lot of family in this area so having my cousins and grandparents and aunts and uncles being there to support me, it was kind of special because I’ve never had that before.”

That has led to success on the scoreboard as well, with the Panthers’ three losses coming by three points against Spencerville () and Fairview () and to NWC powerhouse Columbus Grove by a 52-31 margin.

A county championship with wins over Wayne Trace and Antwerp, a win over previous NWC unbeaten Bluffton on Jan. 9 and the win tally already are just highlights so far for the Panthers and Giesige, who are looking for more.

“The biggest (win) was probably against Wayne Trace, because when I moved here we never beat them and I was like, ‘this is crazy. We’ve got to win.” That was the building for us to think we can beat good teams. We have a different kind of mentality going into those games, knowing that we can prove to them Paulding can be a basketball school. All these schools, like Columbus Grove and others, they’re known for basketball. Why can’t we?”

The varsity roster is made up of three seniors, three juniors and five sophomores and contributions have come from across the spectrum.

“I think of a girl like Sydney McCullough, four years as a varsity player and went through the real rough times,” said Arellano. “To see her get to enjoy this is awesome. It’s things like that.”

Though serving as a scoring leader, Giesige also has tried to hone other aspects of her game.

“I’ve been focusing mostly on getting offensive and defensive boards, especially because teams might focus on me scoring,” said the senior standout, who will hoop it up at Division III Trine in Angola, Ind. while studying finance. “If I can go out there and get boards and play good defense and get steals, I can help my team instead of just scoring. I like to make the cool pass, I guess. Distributing the ball is fun for me.”

Added Arellano: “We don’t need to mention she’s a fantastic scorer, we all know that. It’s those other little things that she does throughout a game, knowing when is a good shot and a bad shot, communicating with teammates, getting them in the right spots. Her best leadership is that she comes into practice every day, works her tail off and she doesn’t really have to say anything. She puts the onus on her teammates, you’ve got to keep to my level. It’s just been a great transformation.”

With an already-noteworthy season in the books so far, the Panthers have plenty to be proud of.

But they’re looking for more.

“We’re the first team in 15 years to go above .500 but I think we could be a team that wins out the rest of our regular season if we work for it,” said Giesige. “I think we could be really special to our community. During one of our games, coach Arellano put a bunch of numbers on the board about the best records and our team. We were so close to every single number and I think if we keep working, we can set those records.”