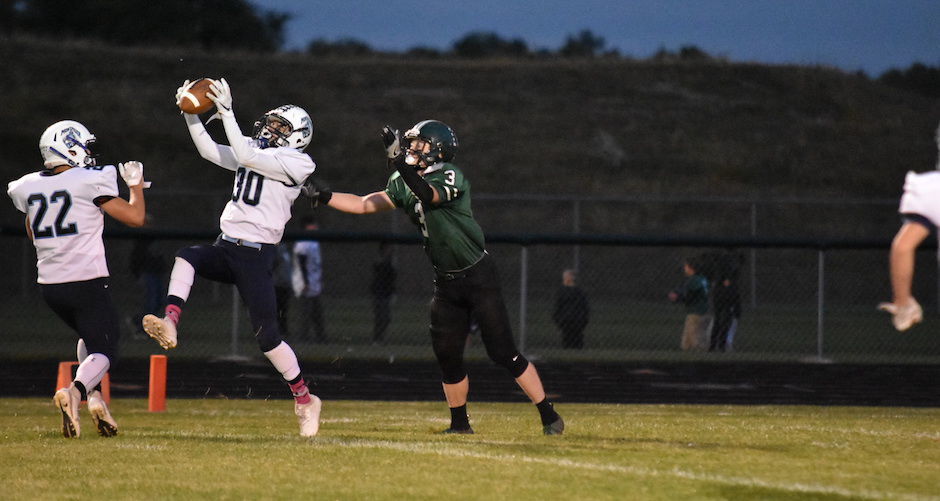 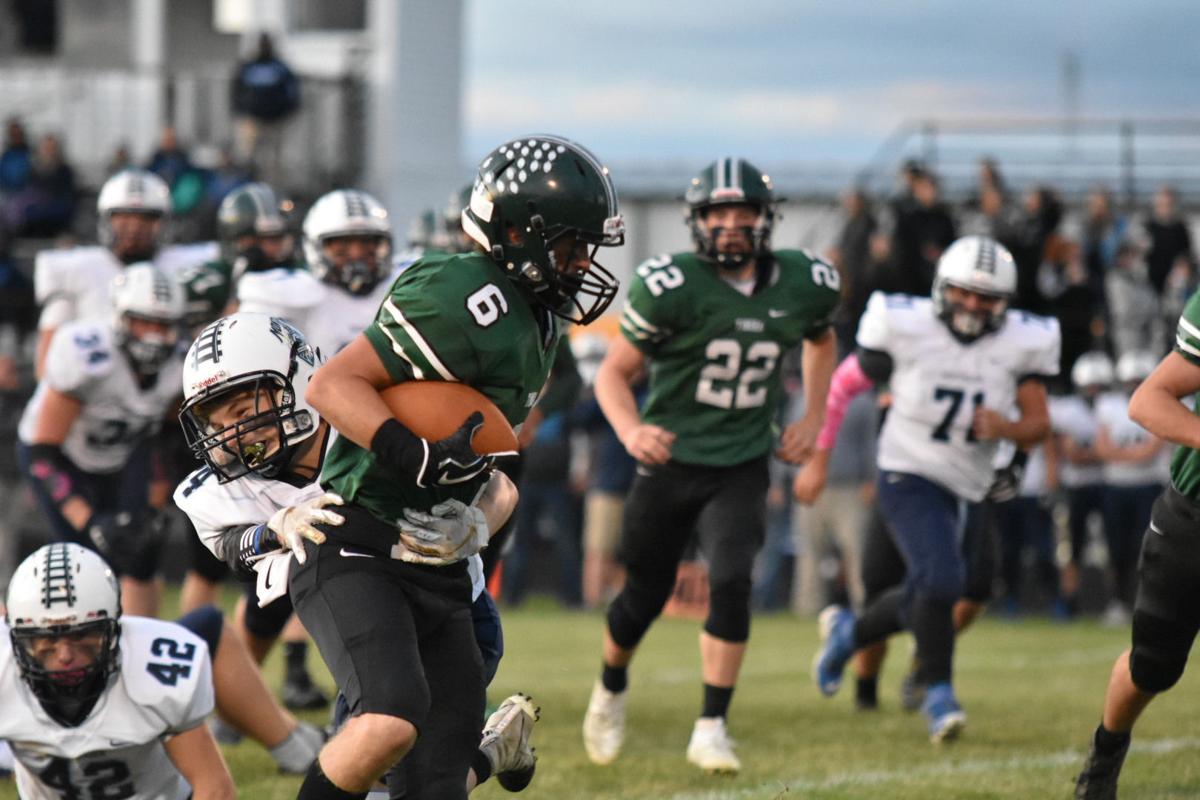 Tinora’s Cole Commisso (6) is dragged down by Montpelier’s Jacob Lamontague at Tinora on Friday night. 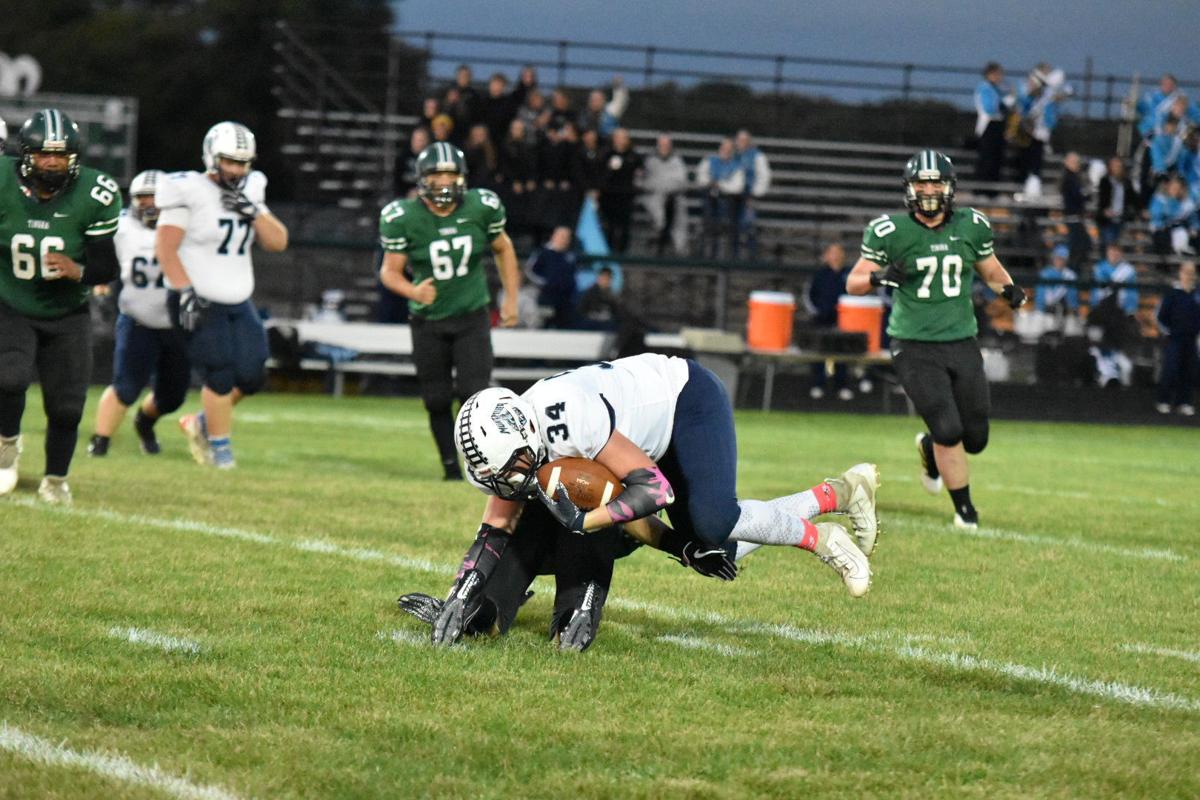 Montpelier’s Matthew Mason (34) is upended by a Tinora defender at Justin F. Coressel Stadium on Friday. The Rams stifled the Locos in a 39-0 home win. 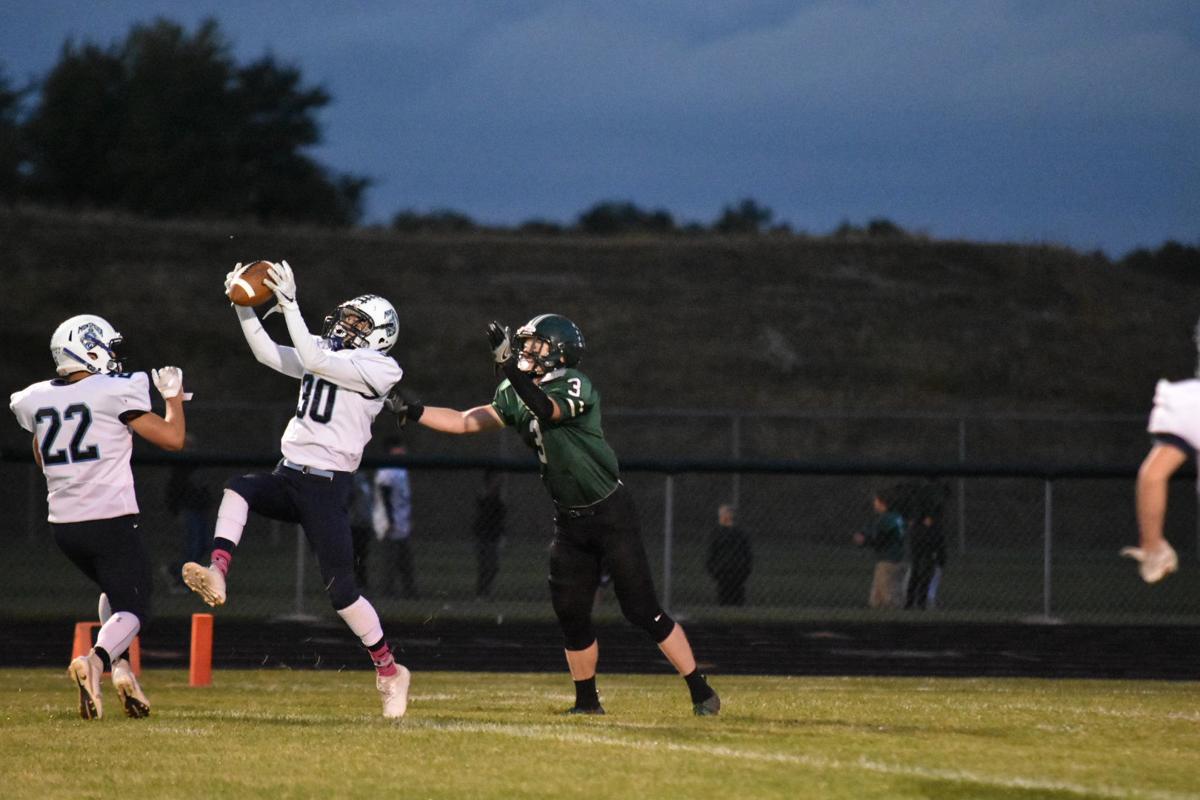 Tinora’s Cole Commisso (6) is dragged down by Montpelier’s Jacob Lamontague at Tinora on Friday night.

Montpelier’s Matthew Mason (34) is upended by a Tinora defender at Justin F. Coressel Stadium on Friday. The Rams stifled the Locos in a 39-0 home win.

Tinora put together a strong game both offensively and defensively to pull away to a 39-0 win over Montpelier on Friday.

“Nolan has given us another dimension with the passing game,” said Tinora coach Kenny Krouse. “He gives us a balance that we haven’t had that since 2015. I’m very proud of the way he runs our offense.”

The contest marked the first time that the two schools have played a regular-season football game. And the matchup brought special meaning for Tinora coach Kenny Krouse. Krouse played football at Montpelier, where his father Hobie Krouse was a long time successful coach.

“It was a long time coming to have this opportunity to play Montpelier,” Krouse said. “I have tremendous pride for the Montpelier community, for all the things my father was able to accomplish there and I grew up there. Their kids played hard and I’m proud of the way our kids played. And our defense is getting better.”

After forcing a Montpelier punt, Tinora scored on its initial drive of the game. The Rams drove 60 yards in six plays, capped off by a Cole Commisso two-yard TD, for a 7-0 lead after one quarter.

Montpelier then put together its best drive of the night. Starting from its own 31, the Locos drove to a first down on the Tinora 27. But Evan Willitzer then intercepted a Clayton Turner pass, to stop that drive.

After missing a field goal on its next drive and then getting stopped on an interception at the Montpelier three-yard line, Tinora went on its second scoring drive to take a 13-0 lead. Getting a short field after a 24-yard Montpelier punt to its own 32, Tinora scored six plays later on Schafer’s two-yard run.

Late in the half, with less than two minutes remaining, Tinora did its damage through the air, going 59 yards in three plays. Schafer threw an 11-yard pass to Max Grube with just 38 seconds left in the half, as Tinora took a 19-0 haftime lead. The big play of the drive was a 39-yard Schafer pass to Cole Commisso, to move the ball to the Montpelier 11.

Commisso finished with 108 total yards. He had one reception for 39 yards and rushed for 68 yards on nine carries.

“On the pass play, I was going on what we call the arrow play and I was well covered,” Commisso said. “But I drifted back and Nolan put the ball right where I needed it, to set up the touchdown. On my rushes, we have a lot of playmakers, so I just try to do my job whenever I get the ball and run hard.”

Tinora then broke the game open by scoring touchdowns on two of its first three drives of the second half. Tinora took the second half kickoff and marched 53 yards in six plays. The big play of the drive came on an eight yard pass to Grube, on third down and six, from the Montpelier 14. Two plays later, Schafer scored from the one-yard line to put Tinora in front, 26-0.

Grube finished with 65 receiving yards on four catches. After a Montpelier punt to the Tinora 39, K.P. Delarber traveled the distance, to give Tinora the 33-0 lead with 10:22 left, prompting a running clock. Delarber finished with 94 yards rushing.

Cole Sweinhagen then capped off the scoring with a 36-yard touchdown. With the win, Tinora improved to 4-2 overall and 2-0 in the GMC. Montpelier dropped to 1-5 overall.