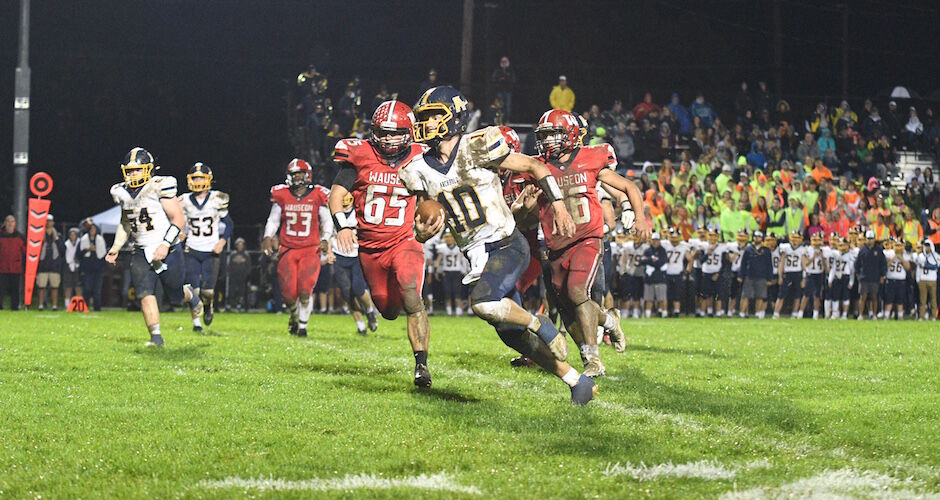 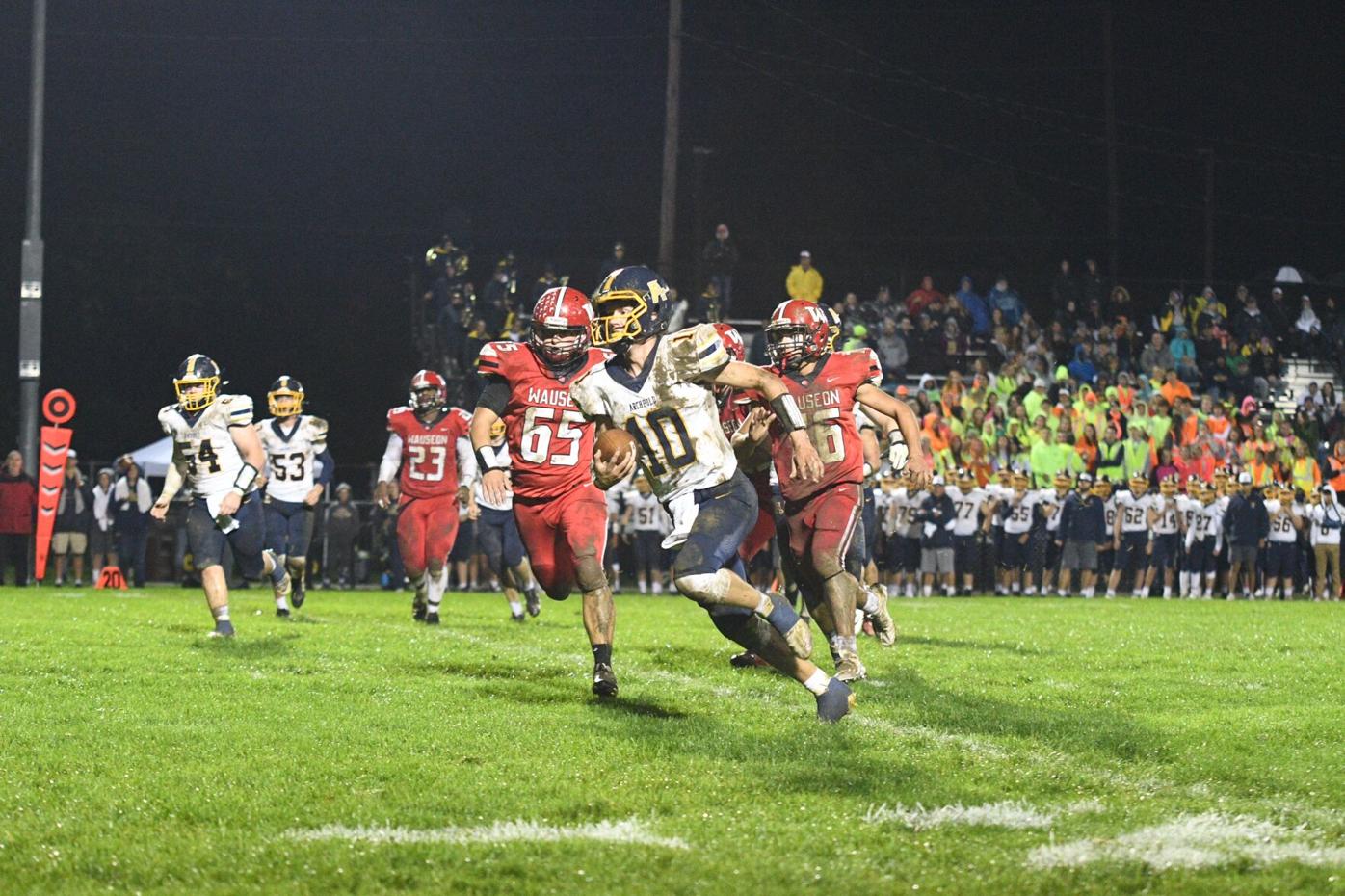 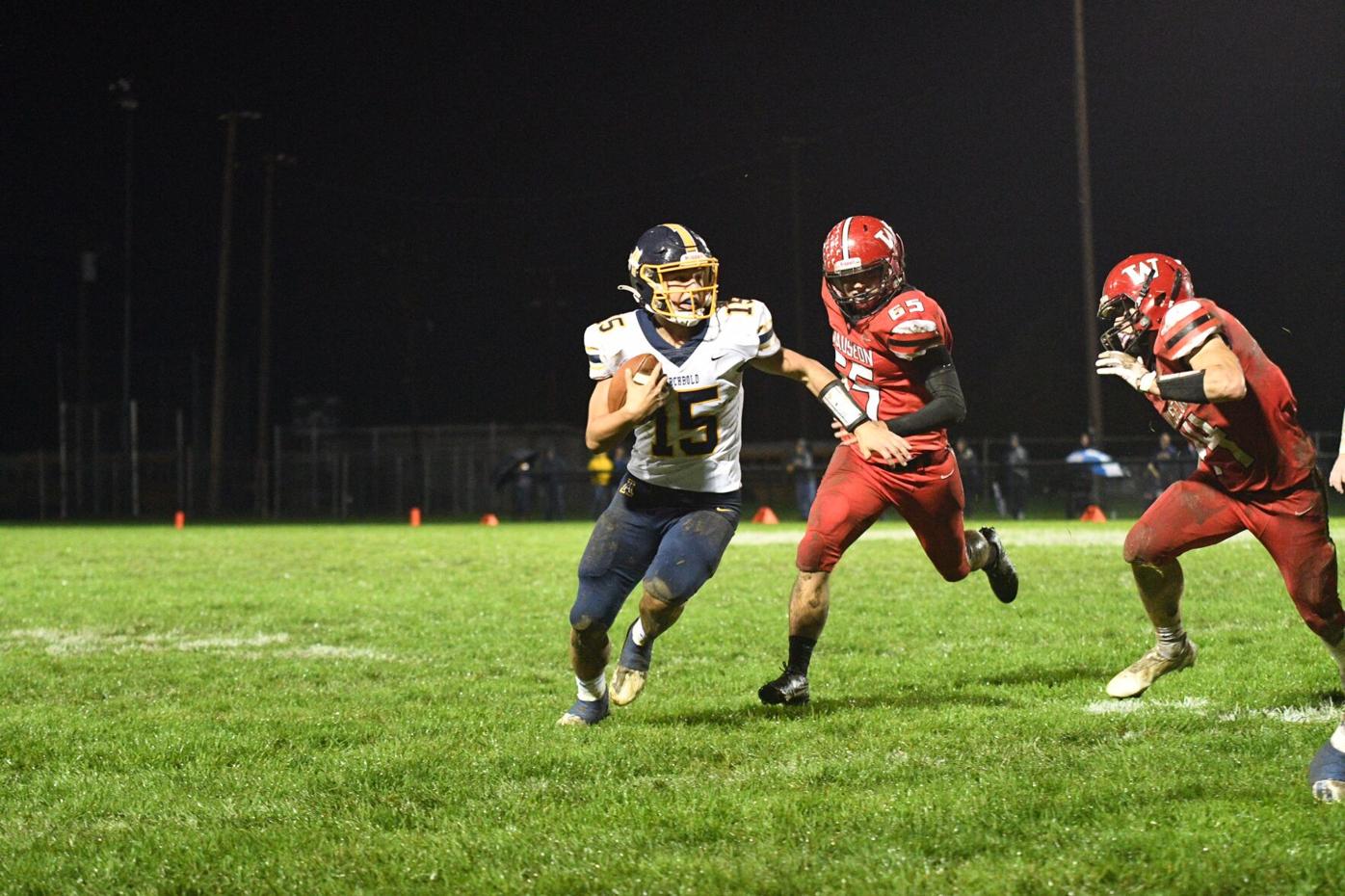 WAUSEON — On a day where Wauseon renamed their field after longtime head coach Larry Fruth, Division VI No.1 state-ranked Archbold ran their way to a share of a third straight NWOAL title with a 41-7 victory over the Indians.

The win marks Archbold’s fifth-straight victory over the Indians, and gives the Bluestreak seniors a sweep over their rivals for their career.

“They are always the same,” Archbold head coach David Dominique said of the victory over Wauseon. “Our number one goal is to beat Wauseon and we have to wait until week nine but our guys really take pride in it. It is just something that is really great for our community, we have a lot of community pride and our guys just brought it this week.”

It was a ground game clinic by the Bluestreaks as heading into the game, Dominique said that he was going to take what Wauseon gave them on offense. The weather conditions changed things as well.

“We knew coming in that it is tough to throw in conditions like this. You can see it, the field was deteriorating as the game went on. But out gameplan was we were going to try to throw but our run game was working so well we just never went away from it.”

One of the things that Dominique thinks so highly of his team this year is their ability to gameplan on the fly in the middle of the game. And what an Archbold team that normally likes to throw the ball did tonight is a testament to Dominique’s belief.

The Bluestreaks ran for 301 total yards on the day behind four rushing touchdowns and 120 yards from D.J. Newman and another 168 yards and one touchdown from running back Carson Dominique to go with it.

The game started out with an Archbold punt, but Wauseon wasn’t able to do anything with it going three-and-out on the ensuing drive and punting the ball back to Archbold.

Then set up by a 23-yard rush from Dominique, Newman capped off a 61-yard drive with a three-yard touchdown run, his first of the game.

An incredible interception off of a tipped pass on the sideline by Jack Hurst gave Archbold a short field to work with, starting at the Wauseon 38.

The Indians were hampered by penalties all game, as they had nine penalties for 80 yards in the game and a facemask on D.J. Newman proved to be one of the biggest as it set the Bluestreaks up inside the five and Newman punched in his second rush of the game from three-yards out.

From here however, The Bluestreaks were able to respond with a touchdown on third and nine off 23-yard strike from Elijah McLeod to Sam Smith. It was a much needed touchdown to temper the bleeding, but the Indians were gashed back open on the very next play.

Karter Behnfeldt returned the ensuing kickoff 91-yards, and the Bluestreaks lead was back to 14 in a matter of seconds.

“We told our guys all week long that special teams will win you games like this and our special teams unit played very well tonight and I thought that was a key, if we could make some plays with our return game, we knew they had a good return game, but we answered the call,” Dominique said.

“The kickoff right up the middle was the wind out of our sails,” Moore said. “We weren’t able to recover after that.”

That return did prove to be the wind out of the sails of Wauseon as after a stalled drive next time out, Archbold drove the ball the length of the field in under two minutes to score on Newman’s third touchdown run with two seconds left in the half and make it a 27-7 game heading into halftime.

The second half didn’t warrant many different outcomes as Wauseon continued to try to pass the ball but to no avail with bad field conditions.

“We’re not built to play in the mud,” Moore said. “That is part of coaching, we have to adapt and do something but our guys are meant to play on turf, maybe we can get that here sometime.”

McLeod finished 17-of-30 through the air for 141 yards, one touchdown and one interception in the loss. His leading receiver was Jonas Tester with eight catches for 71 yards. The Indians ran the ball just 11 times in the game.

“It’s very important,” Dominique said of winning the league outright. “Mainly for momentum going into the playoffs because we have been playing well but I always tell these guys, don’t get complacent with where your at because there are a lot of good teams on the horizon.”