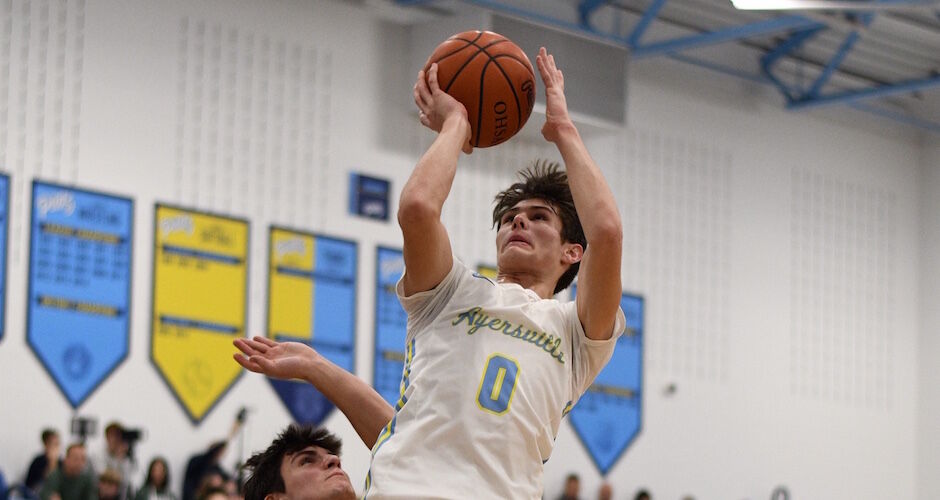 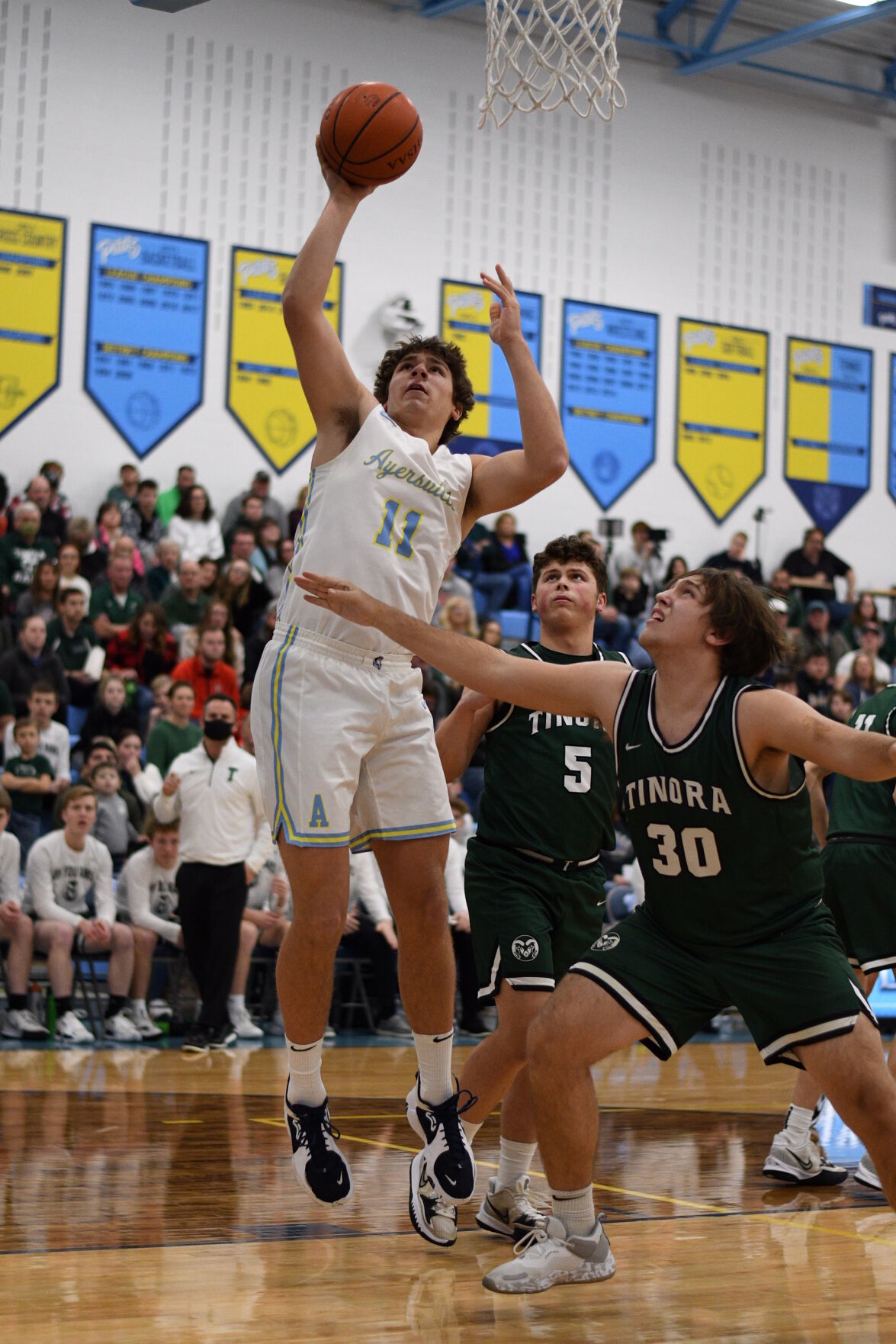 Trevino put up 16 points and three assists for Ayersville (10-2, 3-0 GMC), which moved into a tie with Wayne Trace atop the Green Meadows Conference standings with the victory. Rebounding propelled the Pilots to a 19-3 second-quarter advantage to take a 28-12 lead into half as the hosts finished with a commanding 31-10 margin on the glass, including a 19-4 edge on the offensive glass.

However, Tinora (3-10, 0-3 GMC) used the longball to get back into things, canning eight 3-pointers on the night and three in a 23-point third quarter to climb back into things.

Luke Harris hit three of those treys, finishing with a game-high 20 points for the Rams while Gavin Eckert added two trifectas and 11 points.

“It was a battle down the stretch and give credit to Tinora, they battled,” said Ayersville co-head coach Logan Wolfrum. “The ball came off the rim and Jakob crashed hard and got the putback with great effort.

“We really ran our sets well and pushed the ball up the floor to get some easy buckets (in the first half). Tinora shot the ball really well in the second half … I believe they went 7-of-8 from three.”

After a bucket by Tyson Schlachter gave Ayersville a 49-47 lead, Tinora made the Pilots pay for a turnover as Harris drained a 20-footer to put Tinora up 50-49.

With a play drawn up for Schlachter, a potential game-winner went off the rim for the Pilot post-man, but Trevino crashed the glass and got a putback to secure the win.