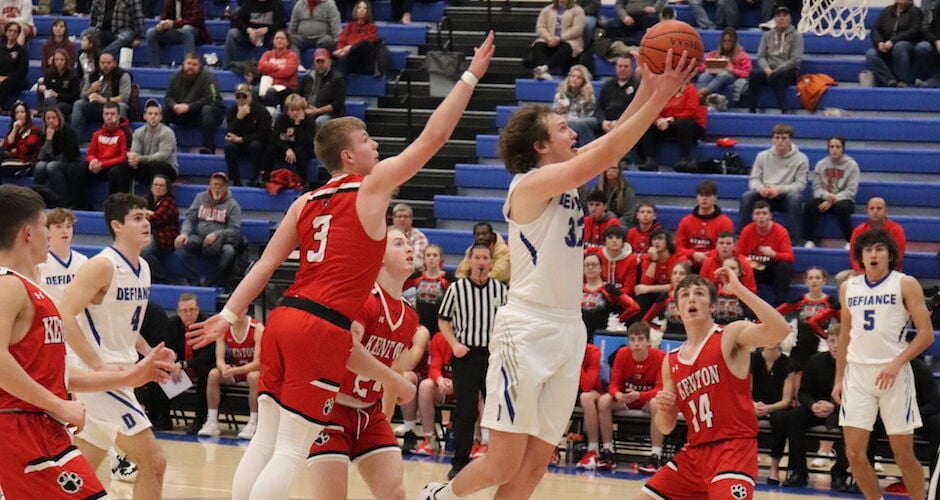 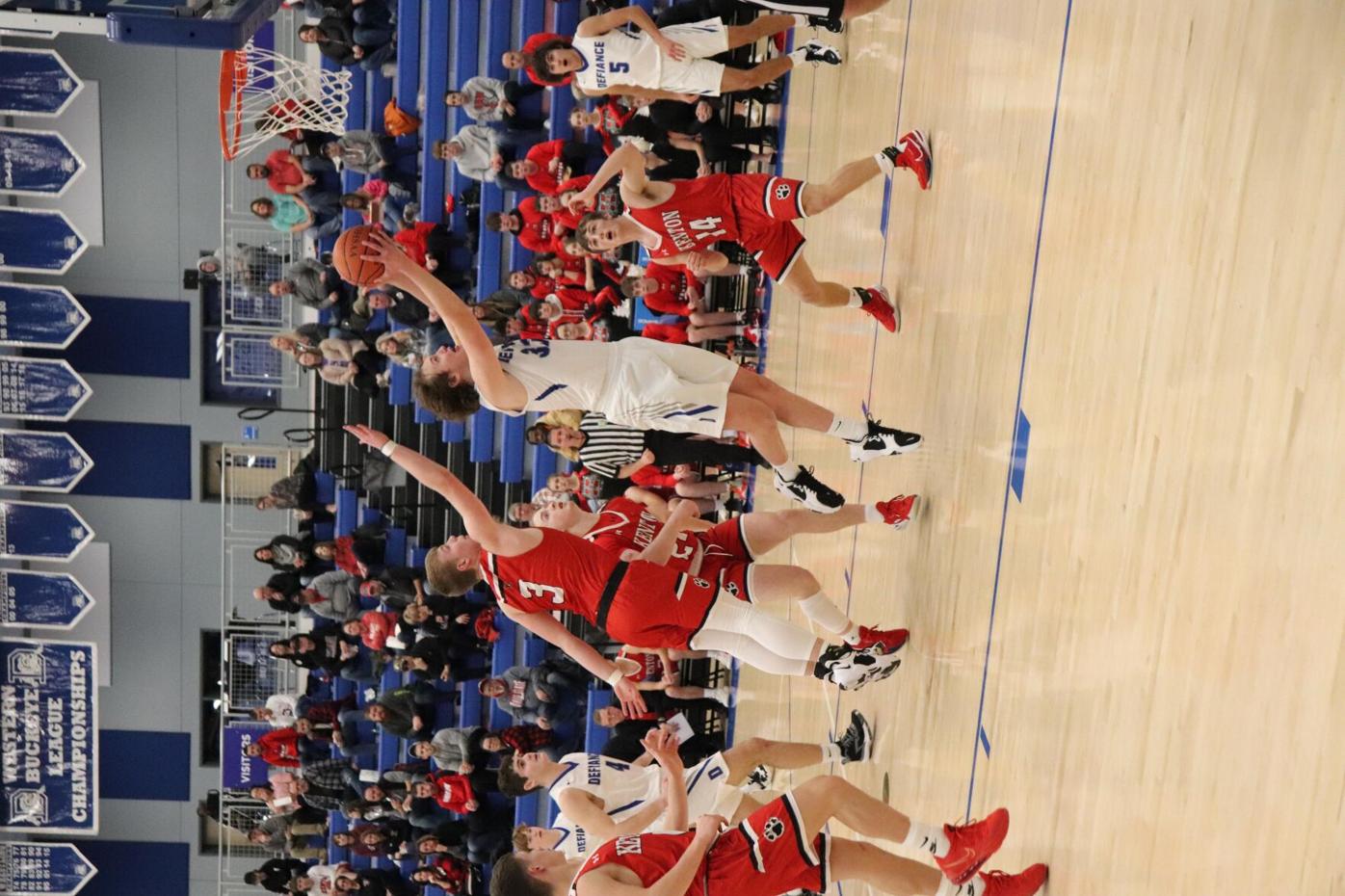 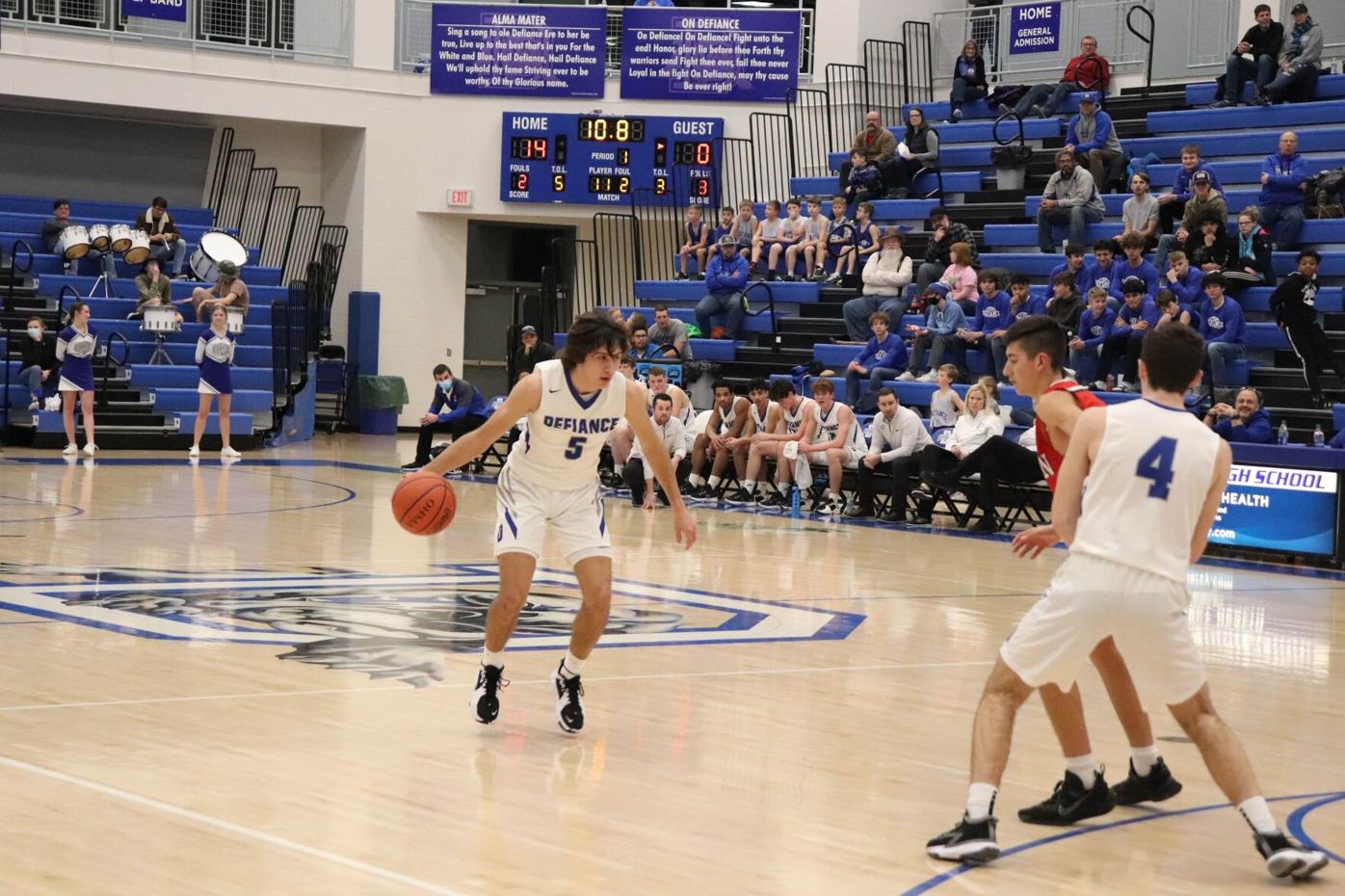 Defiance was able to separate itself in the Western Buckeye League standings Friday, as the Bulldogs took down visiting Kenton 63-38 in a battle of 2-1 league teams.

“This one is a big one for our guys, all of our preseason goals are still alive,” Defiance head coach Bryn Lehman said. “What might be bigger is I believe this was our fifth win against a district team. So it’s nice for seeding purposes. It’s nice to kind of slot yourself in certain spots.”

Defiance got out to a quick start, going on a 14-0 run to start the game and keeping the Wildcats scoreless in large part due to some transition buckets and four first quarter turnovers by Kenton.

In the second quarter, Kenton punched back a little bit, finding some success from beyond the arc as they closed the lead all the way down to as little as 21-13. They knocked down four 3-pointers in that span, all coming from different players.

“We did a good job of setting the tone in that first quarter but we lost a little focus in the second,” Defiance head coach Bryn Lehman said. “We just weren’t extending out and getting hand on their shooters there in that second quarter.

When the first half buzzer went, Defiance still held a 26-15 lead but it wasn’t without a little bit of a gut punch from a desperate Wildcats team that was enduring a five-game skid coming in.

A big key to the success of Kenton in that second quarter was their defense which confused the Bulldogs and forced a plethora of turnovers. At the half Defiance had eight to Kenton’s six.

“The big thing was just to not be shell shocked by their zone. They threw a lot of different defenses at us and we just needed to not panic,” Lehman said of what he told his team at halftime. “The middle was wide open and when we got it to the middle and we got cutters, we were able to find some open shooters.”

That’s exactly what the Bulldogs were able to do in the second half and while they only knocked down four threes in the game, Cayden Zachrich and Bradyn Shaw were both able to find baseline cutters from the middle of the zone often.

Zachrich was also his usual self in the middle, creating his own turnaround shots and going for 18 points to lead all scorers. Shaw was second on the team with 13.

Joe Lammers also came in off the bench for a stretch in the third quarter, going on a 5-0 run all by himself and forcing the Wildcats to call timeout.

The third quarter proved to be exactly what Defiance needed to blow this one open and they did just that, outscoring Kenton 20-8 and taking a commanding 46-24 lead into the fourth quarter.

Finding the middle of the zone was key for the Bulldogs, but finding the middle does nothing if the rest of the offense is stagnant. Where Defiance found success all game was in their ball movement, and their ability to find the open guy.

“We’re an unselfish team,” Lehman said. “When we got on a roll there in the third it was because of our ball movement.”

Defiance is back in action on the road against county foe Fairview tomorrow night.