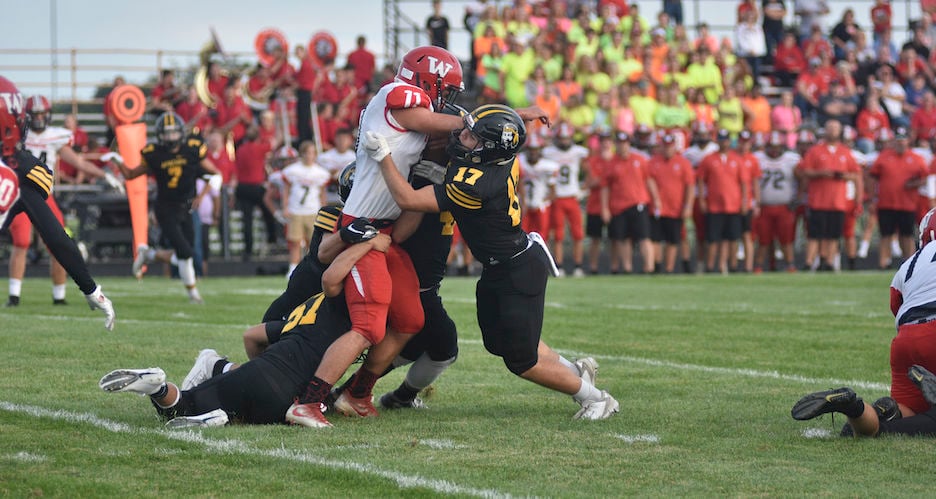 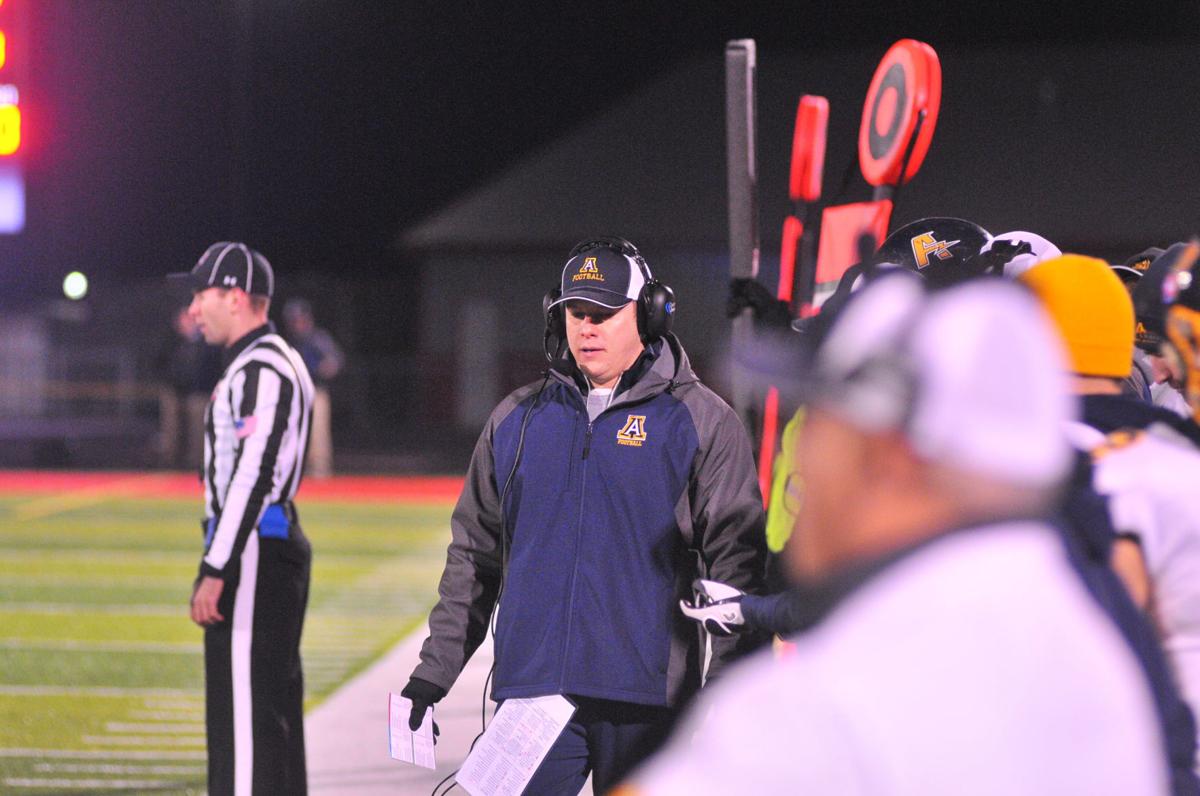 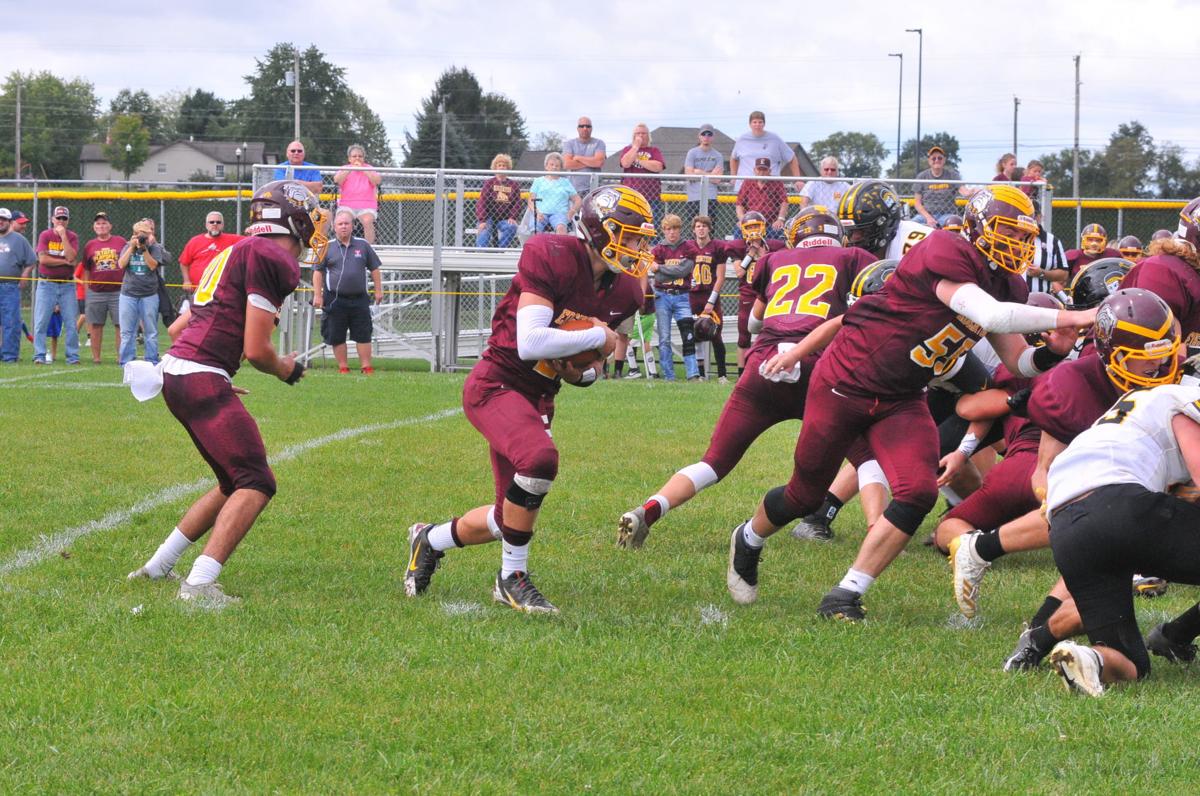 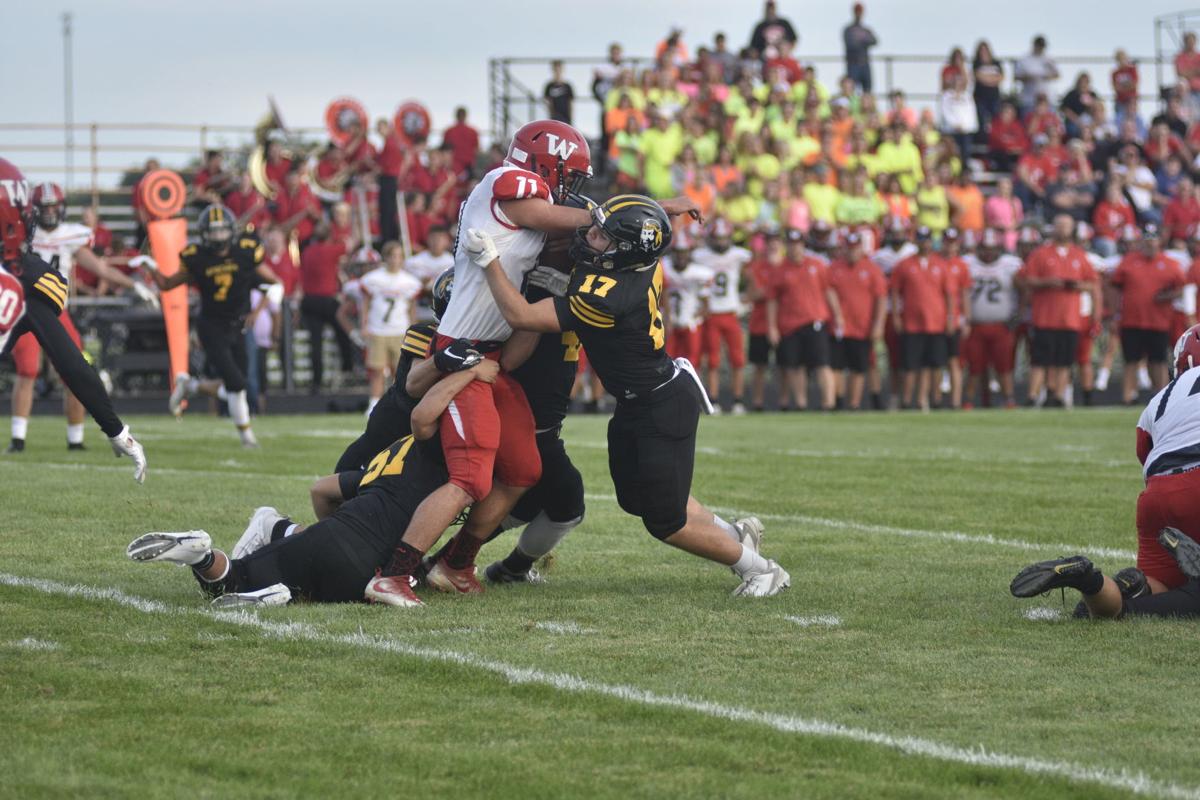 Hunter Prince carried the Edgerton offense for the second year in a row and he was awarded not only with an All-Ohio award, but was also named the Crescent-News 2019 football Offensive Player of the Year in a vote by area coaches.

Prince tallied 1,887 yards and 29 TDs on the ground this season. It followed a junior season where he racked up 2,221 yards and 35 scores.

Adding in kickoff returns and two-point conversions, Prince accounted for 234 points this season.

“I think that is a real nice accolade for Hunter,” said Edgerton coach Ben Wilhelm. “He is a gifted runner and has played a lot of football for us the last four years.”

Prince has led the area in rushing for the past three seasons. His totals include 5,826 yards on the ground and a whopping 90 TDs. He’s led the Bulldogs to a record of 29-7 over that span.

“We have been blessed with some talented running backs in our program at Edgerton,” added Wilhelm. “Hunter has continued to raise that standard.”

The Green Meadows Conference also claimed our defensive player of the year as Fairview linebacker Chayse Singer claimed the award. Singer was on one of two teams to keep Prince and the Bulldogs in check this season.

With Singer leading the way, the Apaches were able to break through and win the GMC title for the first time in 10 seasons.

Singer, who had 164 tackles and five sacks, also earned All-Ohio honors for his work on defense.

“We’ve known for long time Chayse was going to be good but I think everybody learned it this year,” said Fairview mentor Doug Rakes. “We’re extremely proud of him. The defense played really well for us this season, I think we only gave up 5.7 points per game during the season.”

Singer has steadily increased his tackles over his four years at Fairview. He had 90 with 2.5 sacks his freshman year, 142 with 7 sacks his sophomore year, 151 with 7.5 last year and 164 with 5 sacks this season.

The numbers his senior season also earned him another award: the GMC defensive player of the year.

The win totals for the Apaches have improved as well. After struggling through a 5-5 and 6-4 campaign his first two seasons, Singer was a part of a rebuild the Apaches went through. They broke through his junior year, going 9-4. This season, Fairview won the GMC title and finished 10-2.

Speaking of breaking through, Archbold’s David Dominique broke through, taking the Bluestreaks to the regional final in Division VI, and for that was named the coach of the year.

“It is an honor to be voted by my fellow area coaches as the Crescent-News coach of the year,” said Dominique, who is 36-19 at Archbold. “When you look around Northwest Ohio, there are countless quality football coaches who teach these young men the right way to do things both on and off the field. Pair that with the level of football being played and I would have to say that we are very lucky to coach (and play) in a place that has such high expectations for a sport that teaches so much.”

The Archbold coach led his team to a share of the Northwest Ohio Athletic League title and a trip to the regional final. The Bluestreaks finished the season with an 11-2 record.

“I am very fortunate to coach some outstanding young men and alongside some very good assistant coaches,” added Dominique. “All of these guys deserve the credit as well due to their dedication to our program and upholding the high standards that we have set forth. It is truly an honor to coach at Archbold and against the quality of coaches and athletes found in Northwest Ohio.”

The season for Archbold ended with a loss to Anna, who is playing this week for a Division VI state title.

“Although this season did not end how we would have liked, the players can be proud of the many accomplishments they achieved this year,” closed Dominique. “We were able to win a league title for the second time in three years and also beat a team in the playoffs that gave us our only regular season loss. The biggest thing that stands out to me about this season was the preparation of our guys each week. Football is a long season, but our guys continually came to practice with a positive mentality and in adverse times they banded together to make it work.”