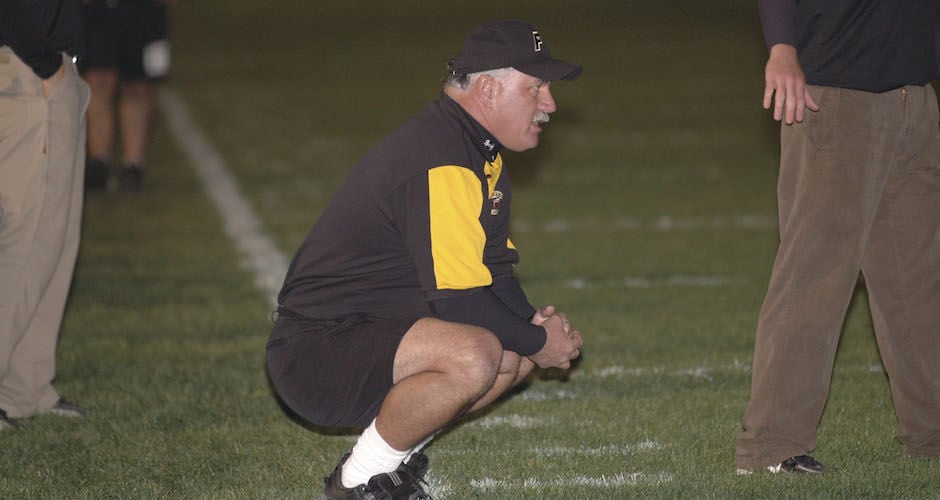 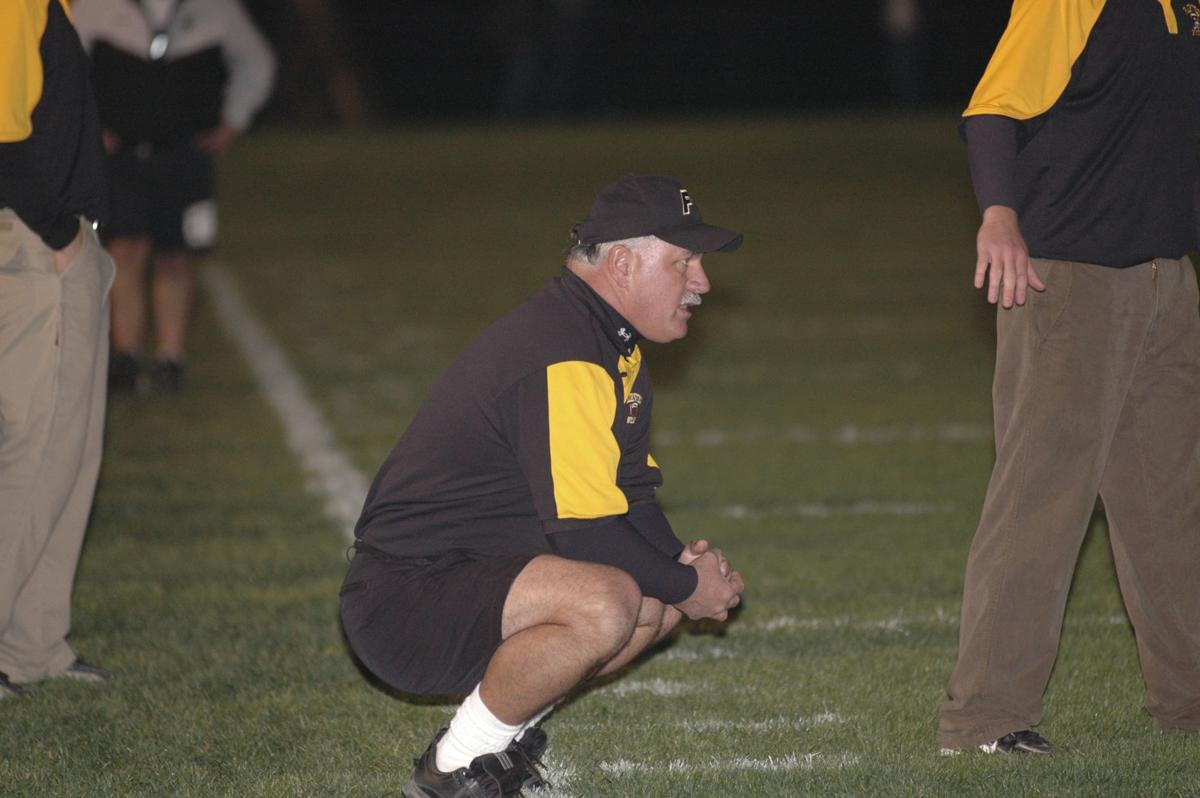 Former Fairview coach Bob Olwin, shown on the sideline during a 2008 game against Tinora, has been named the newest head football coach at Edon on Monday. The new hire marks the 10th stop in Olwin’s coaching career, which spans five different decades and 212 victories.

Former Fairview coach Bob Olwin, shown on the sideline during a 2008 game against Tinora, has been named the newest head football coach at Edon on Monday. The new hire marks the 10th stop in Olwin’s coaching career, which spans five different decades and 212 victories.

EDON — Bob Olwin has made many stops in a football coaching career that stretches all the way back to 1979.

The urge to coach hasn’t dissipated, however, as Olwin will be the next head football coach at Edon after two seasons in retirement.

Olwin’s hire was approved by the Edon Northwest Local Schools Board of Education on Monday as head varsity coach of a Bomber program that went to the playoffs three times over the last decade of Scott Staten’s tenure before Staten resigned in December.

Olwin, whose most notable coaching time was spent at Fairview from 1995-2007, served as an assistant on Doug Rakes’ staff at Fairview the last two seasons after retiring from Ada in 2017. Olwin retired from teaching in 2018 and said the larger scope of head coach had him looking for more.

“You do it for 36 years, it gets in your blood,” said Olwin of the interest to returning to the coaching ranks. “When you don’t for two years, that itch gets scratchier I guess.

“Enthusiasm and teamwork are going to be a foundation for the program.”

Olwin is a well-traveled coach across the area, starting with four seasons at Antwerp from 1979-82, then stops at Mechanicsburg, Tiffin Calvert, Tiffin University, Morral Ridgedale, Arlington, Fairview, Versailles, Lake and Ada.

“For me, I’ve put so much time and energy in it over the years and then being retired from teaching and not being around the school that often started to get to me a little,” noted Olwin. “I’d done the dishes and taken care of the dog enough and I was lacking some of that sense of purposes. Through coaching and so forth, I have that sense of purpose again.”

Fairview’s preseason encounters with Edon on the scrimmage slate provided some familiarity for Olwin with the program.

Olwin’s career, though long (212-69 all-time), is far from undecorated, with 11 total playoff trips in stops at Fairview (five appearances), Ada (four), Versailles and Calvert (one apiece). In addition to the postseason, Olwin has been named league Coach of the Year at Fairview, Mechanicsburg and Calvert along with a Division V Ohio co-Coach of the Year award in 2009 at Versailles.

That experience will help the former Apache mentor hit the ground running at Edon.

“I do have a lot of experience in that regard,” said Olwin of building up his new program. “I have a four or five-page checklist that I developed a long time ago and I start checking off the boxes as I start to communicate with the administration and community at Edon. Coach Staten did a really great job here and we want to keep that going and add some of our knowledge and our personality.”

Staten, a 1999 Edon grad, coached for 10 years and is the school’s all-time winningest coach with a 54-49 career mark, including three TAAC Coach of the Year awards. The Bombers reached the Division VII postseason this year with a 7-3 mark following a 1-3 start before falling to Norwalk St. Paul 35-21 in the first round.

“To be successful, you have to have discipline but I want the kids to know we’re going to have fun,” said Olwin. “The first way to have fun is by winning and you’ve got to make the effort to win, to do the necessary things to be successful. We want to improve the numbers, they had 36 last year but they lose 12 to graduation so we’d like to get that into the 40s.

“I got the Hudl account last night and watched the last season on film today so I’ve got an idea of the kinds of things we’re going to face. Now it’s going forward to getting a staff together and meeting with thekids and reaching out to build up this program.”