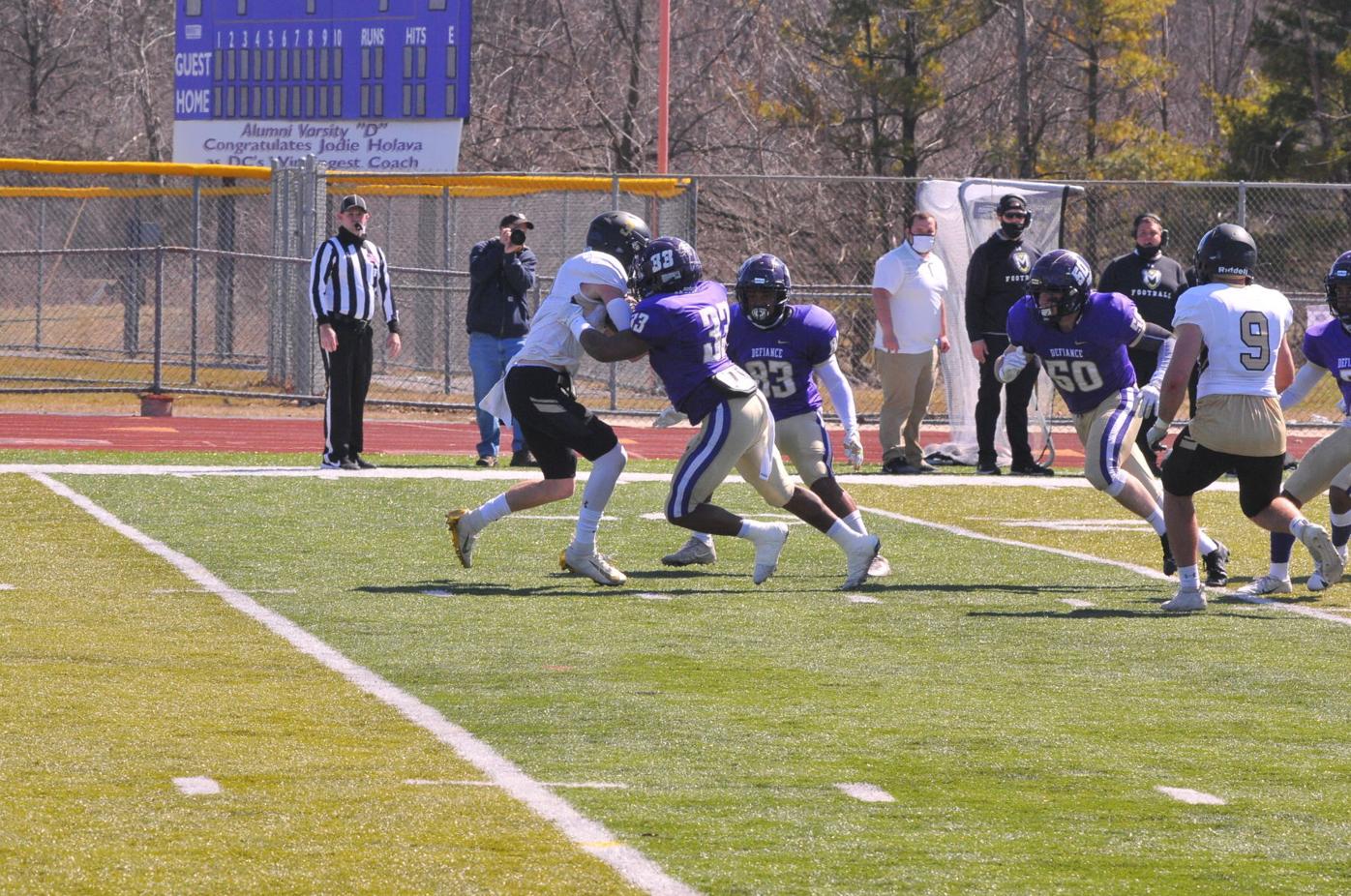 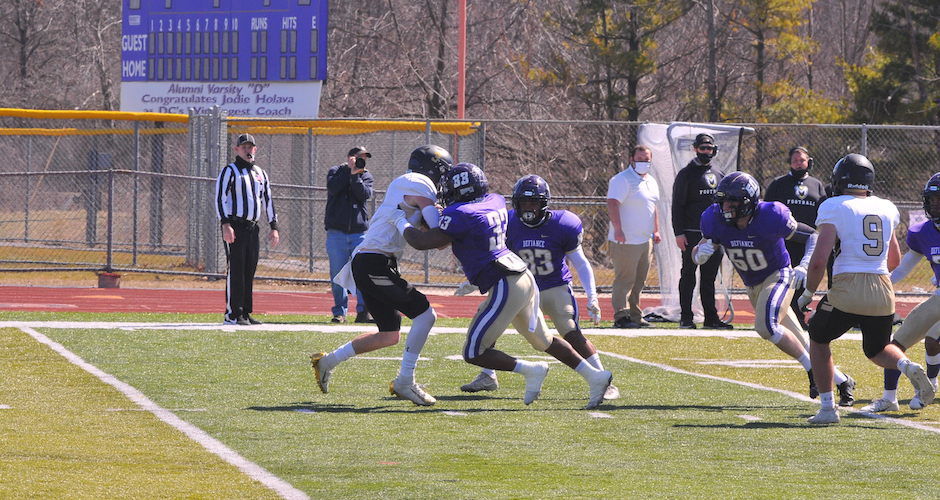 The Defiance College football team will close the home portion of the 2021 spring season on Saturday as the Yellow Jackets (1-3) will host Anderson (1-2). The Ravens, with an offense that averages 559 yards a game, is coming off a 55-27 win at home last Saturday against Manchester.

“Our defense is going to have to do a great job of dealing with what they (Anderson) do,” stated Matsakis. “They run a lot of mesh concepts and try to get you confused and cross guys and all that. It’s not like what they do is complex, but you have to stop what they do. That is one of the things they hang their hat on.”

Running the offense is sophomore quarterback Tyson Harley. Harley is 121-of-172 passing on the season for 1,230 yards through three games with 11 touchdowns and 8 interceptions.

“He’s a top-three quarterback in our league,” Matsakis said of Harley. “He’s good. He puts the ball accurately in there and he understands their offense.”

Sophomore running back has 306 yards on the ground, as is second in receiving with 238 yards.

The Ravens will face a DC defense that is allowing 304 yards passing and 106 yards rushing a game through four games.

“This is going to be a challenge for our defense, but also a massive challenge for our offense,” said Matsakis. “You are not going to beat Anderson scoring 22 points. Nobody has. That’s not how you beat them. Manchester scored 27 and it wasn’t enough. They (Anderson) are scoring boatloads of points.”

The Yellow Jackets are coming off a season-high tying offensive output of 22 points in a 41-22 loss at Mt. St. Joseph last Saturday. Defiance trailed 17-14 at the half before MSJ tallied 17 points in the third quarter to pull away.

“There were some positives,” Matsakis said of the loss last week to the Lions. “We started off the first half great. The thing that cost us was one-play scores by them.”

One part of the offense for DC that continues to shine is the running game and freshmen running back Tyshaun Freeman. Freeman, who has 336 yards on the season, had 112 last Saturday.

As a team, the Yellow Jackets ran for 197 against MSJ.

“They weren’t expecting us to run the ball as well as we did,” stated the DC coach.

Matsakis gave credit to an improving part of the team, the offensive line, for the ability to move the football.

“We played a good, physical game up front with the offensive line,” said Matsakis. “They were playing against a good defensive front. It was a good opportunity to mature for the guys up front.”

One seniors leading the team is Terry Geiger. Geiger currently leads the team with 221 receiving yards, plus he is averaging 19 yards per return on punts.

DC also had an advantage this week in the punting game. Freshman punter Mathew Bolanos is averaging 38.9 yards a kick, while Anderson is averaging just 30 yards per punt in eight kicks this season.

Kickoff at Coressel Stadium is set for 1:30 p.m.