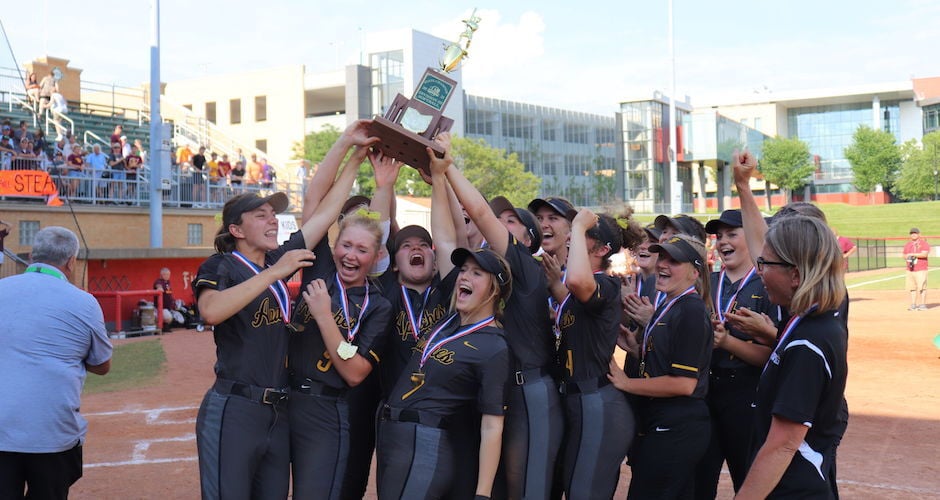 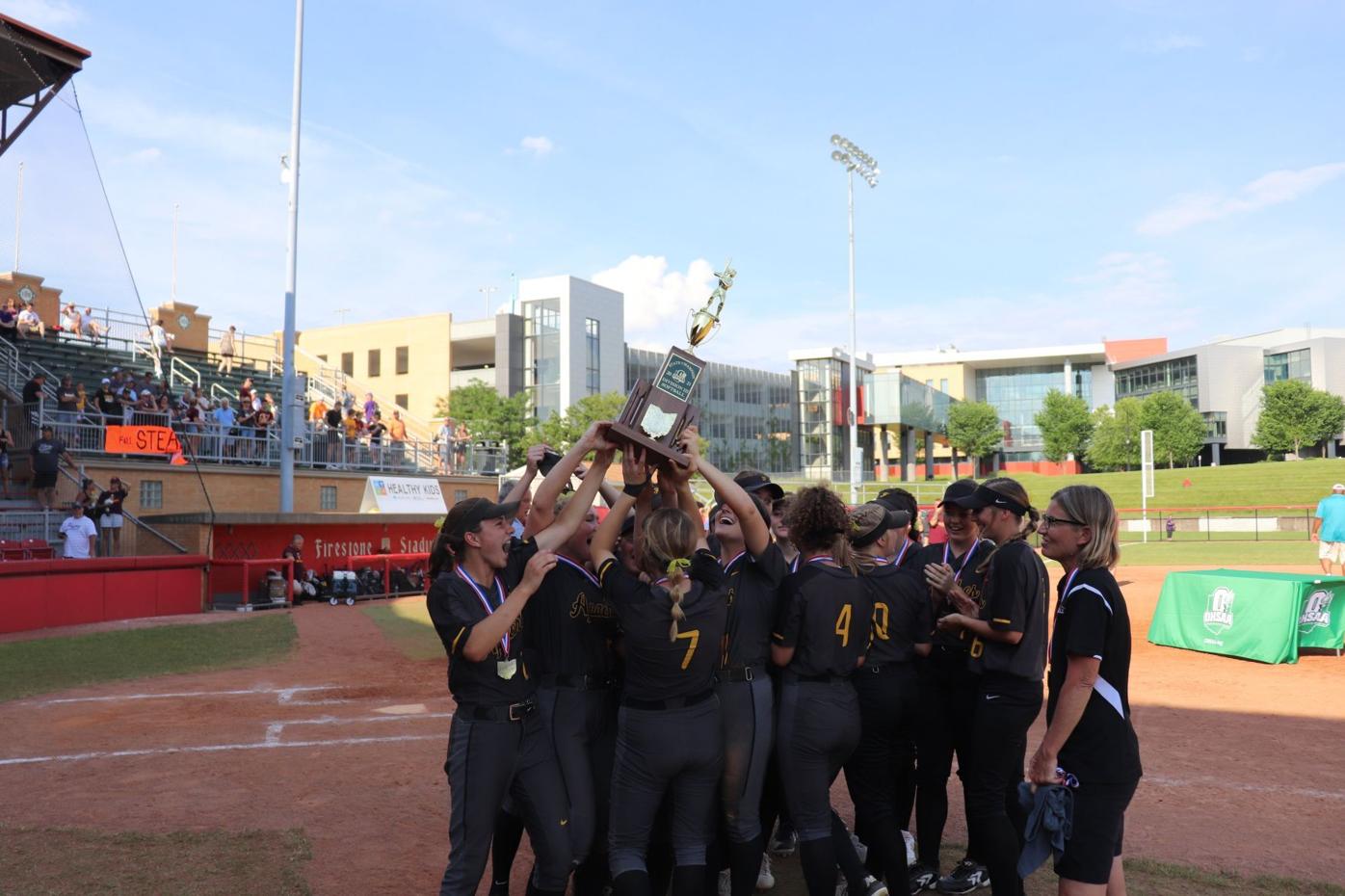 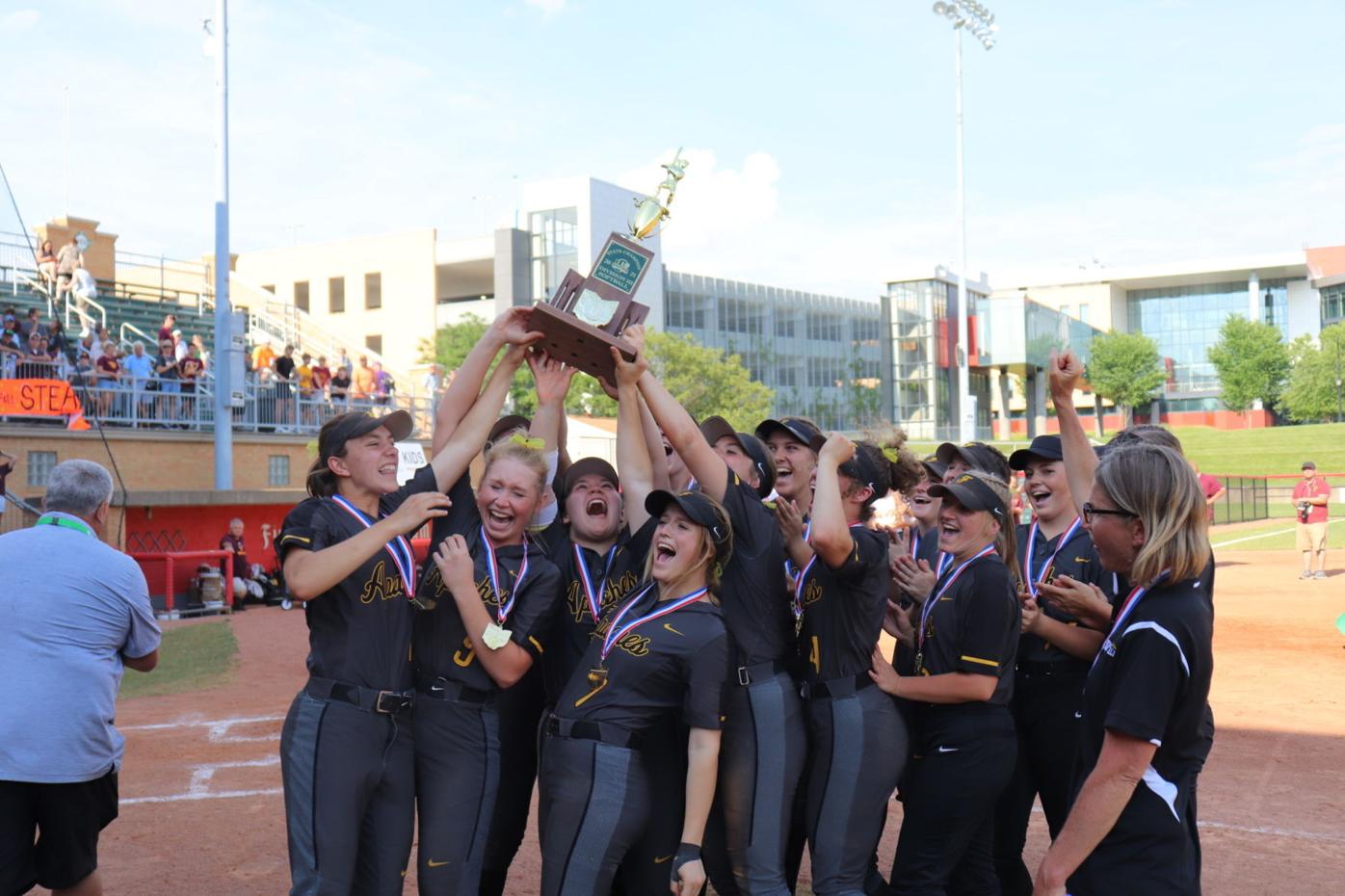 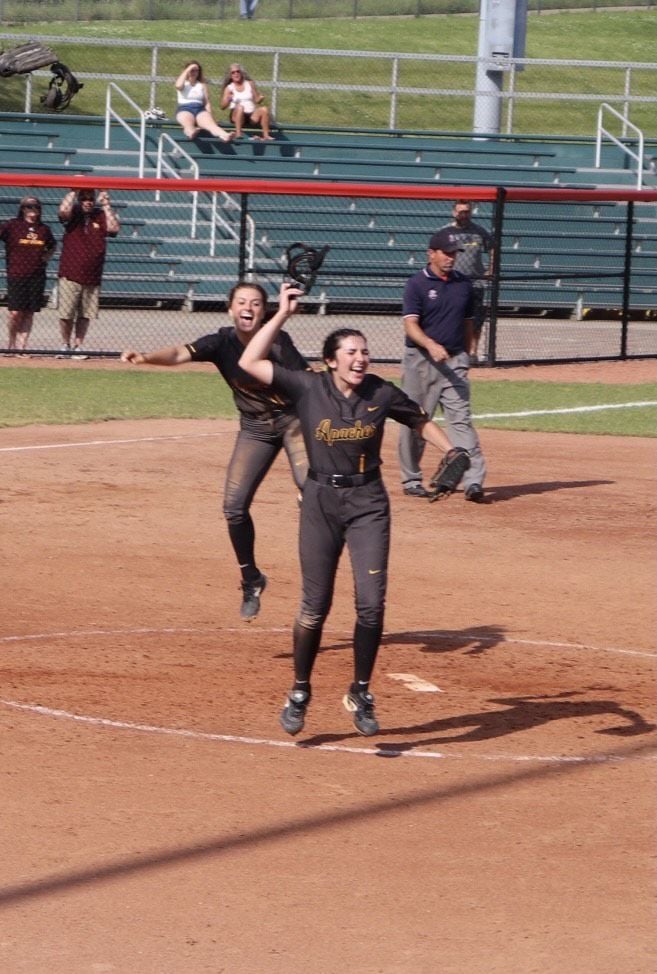 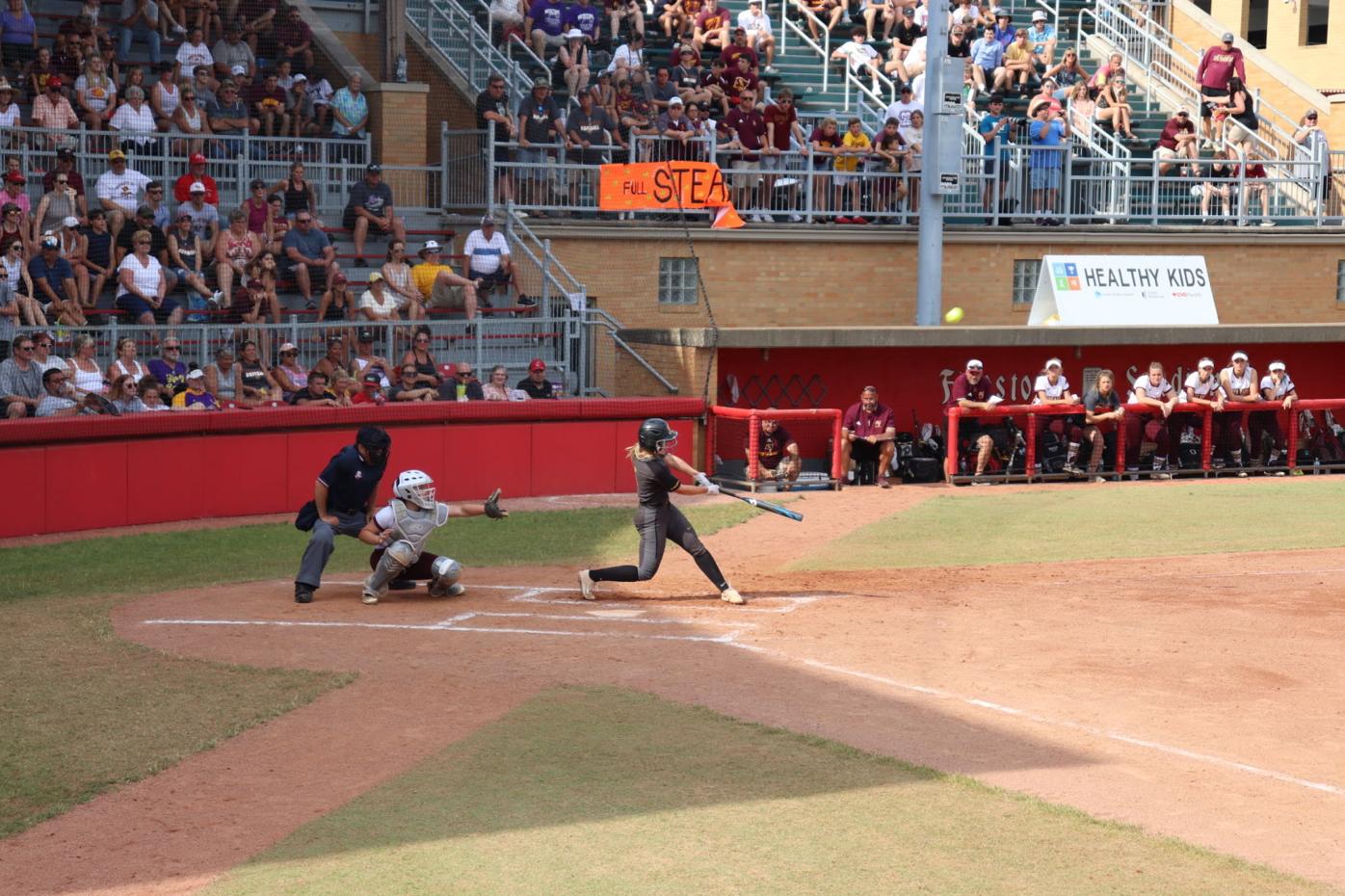 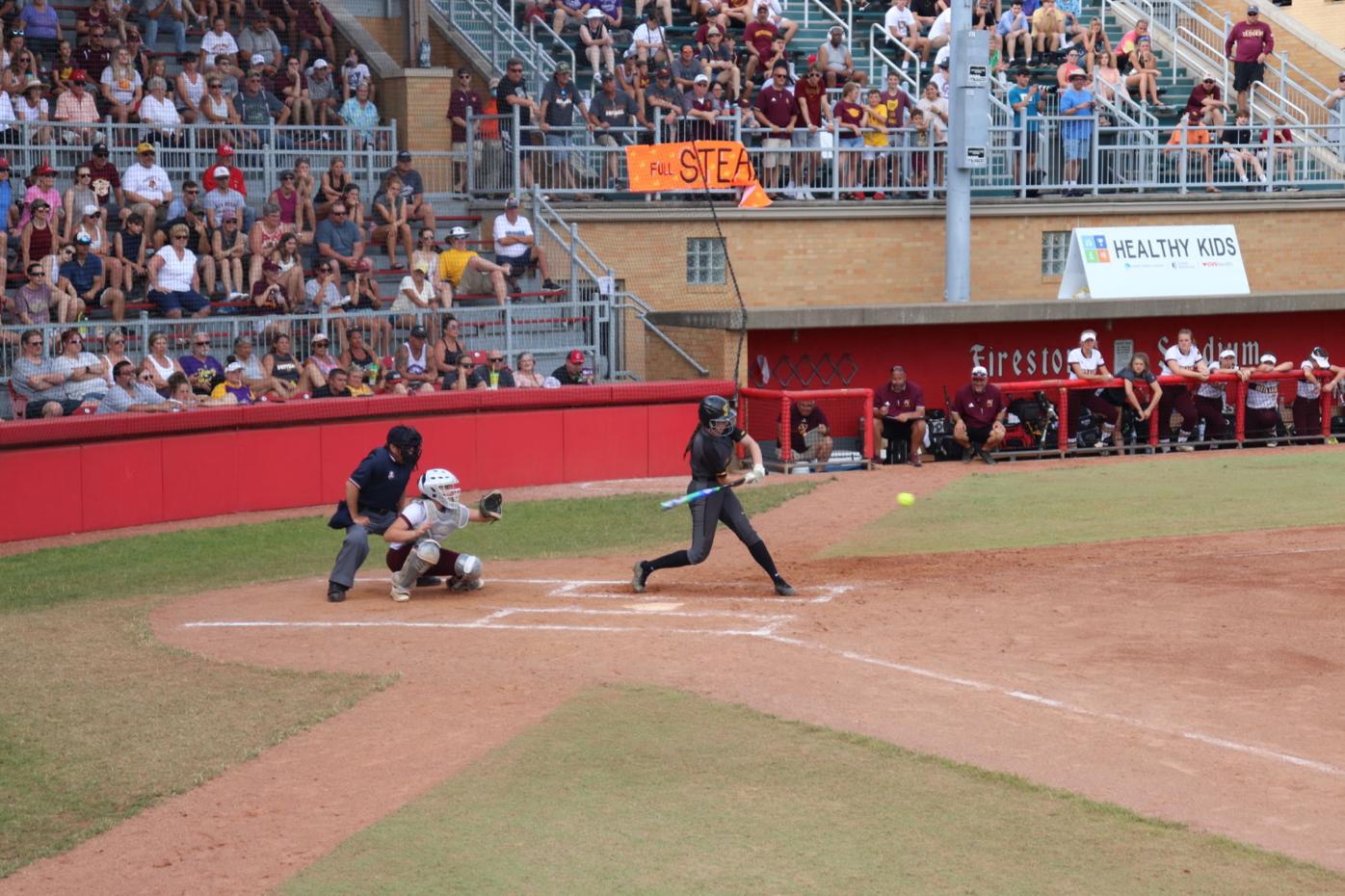 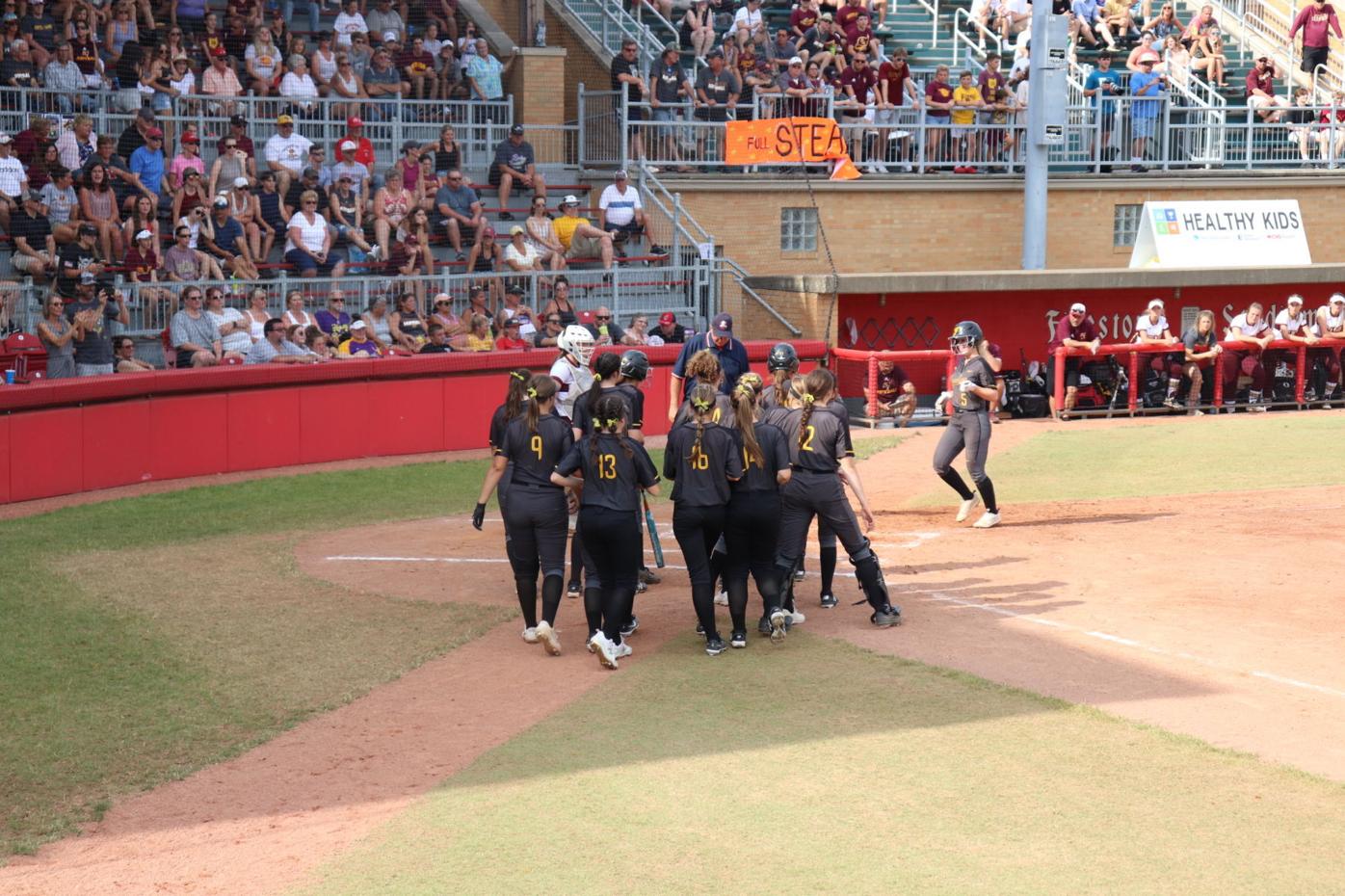 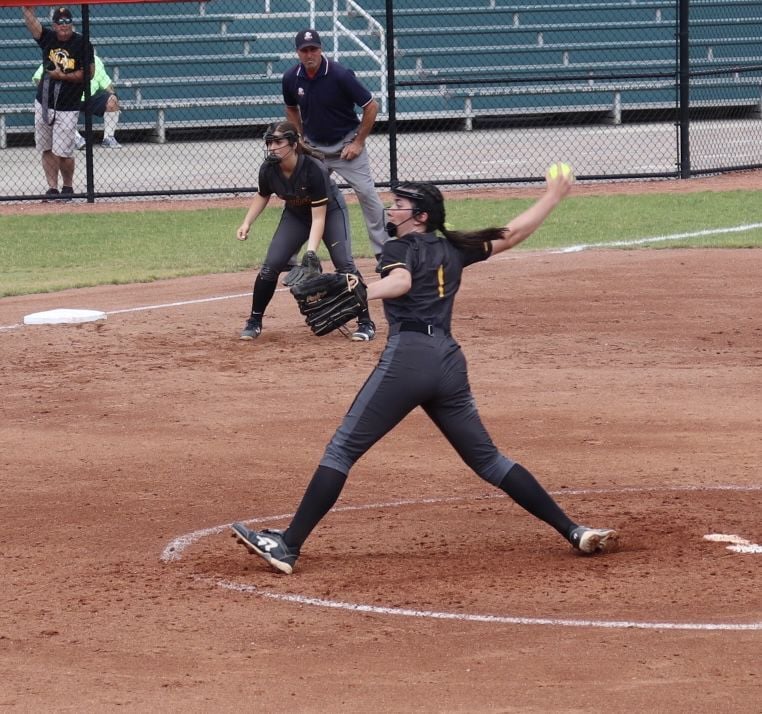 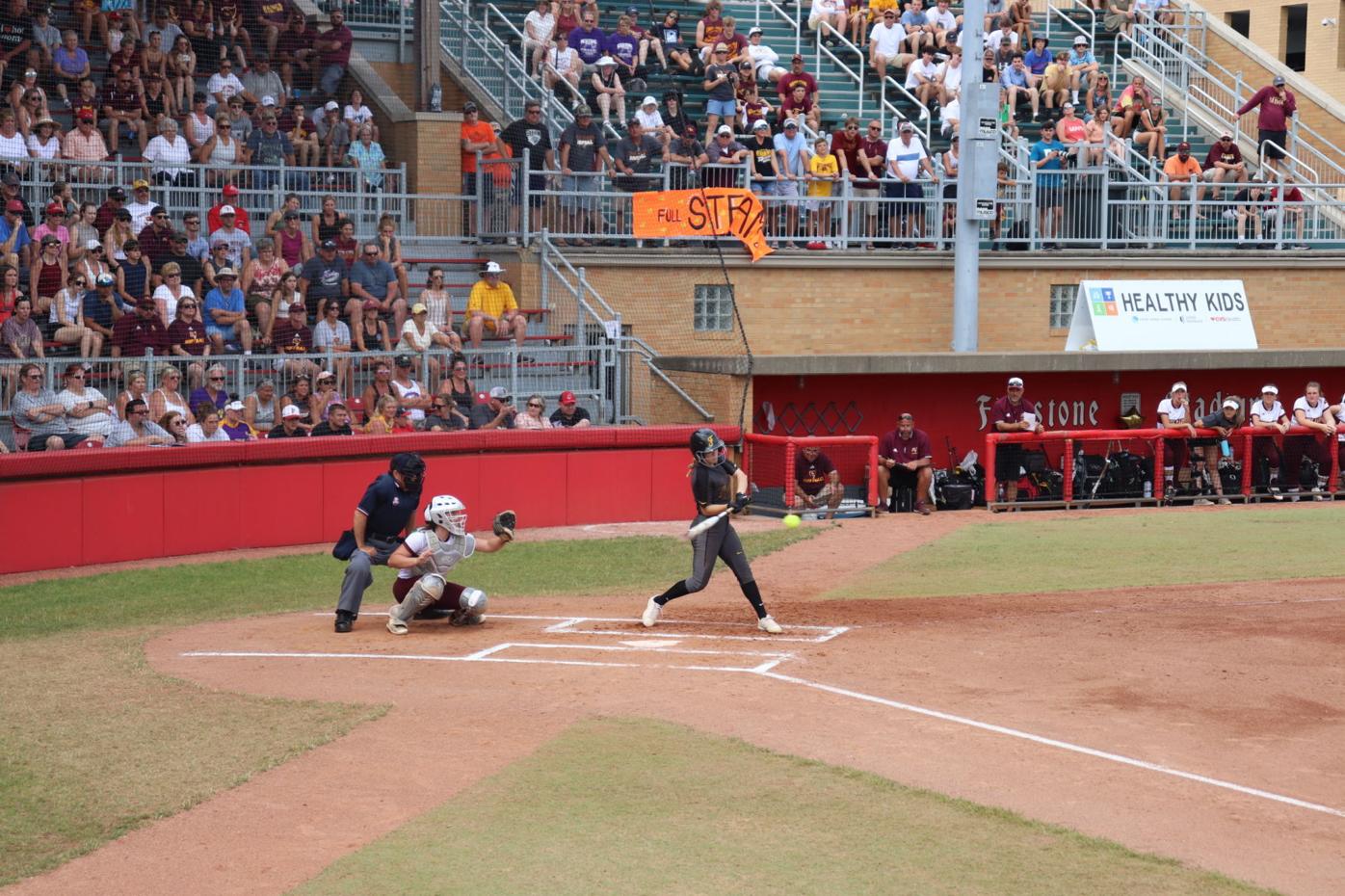 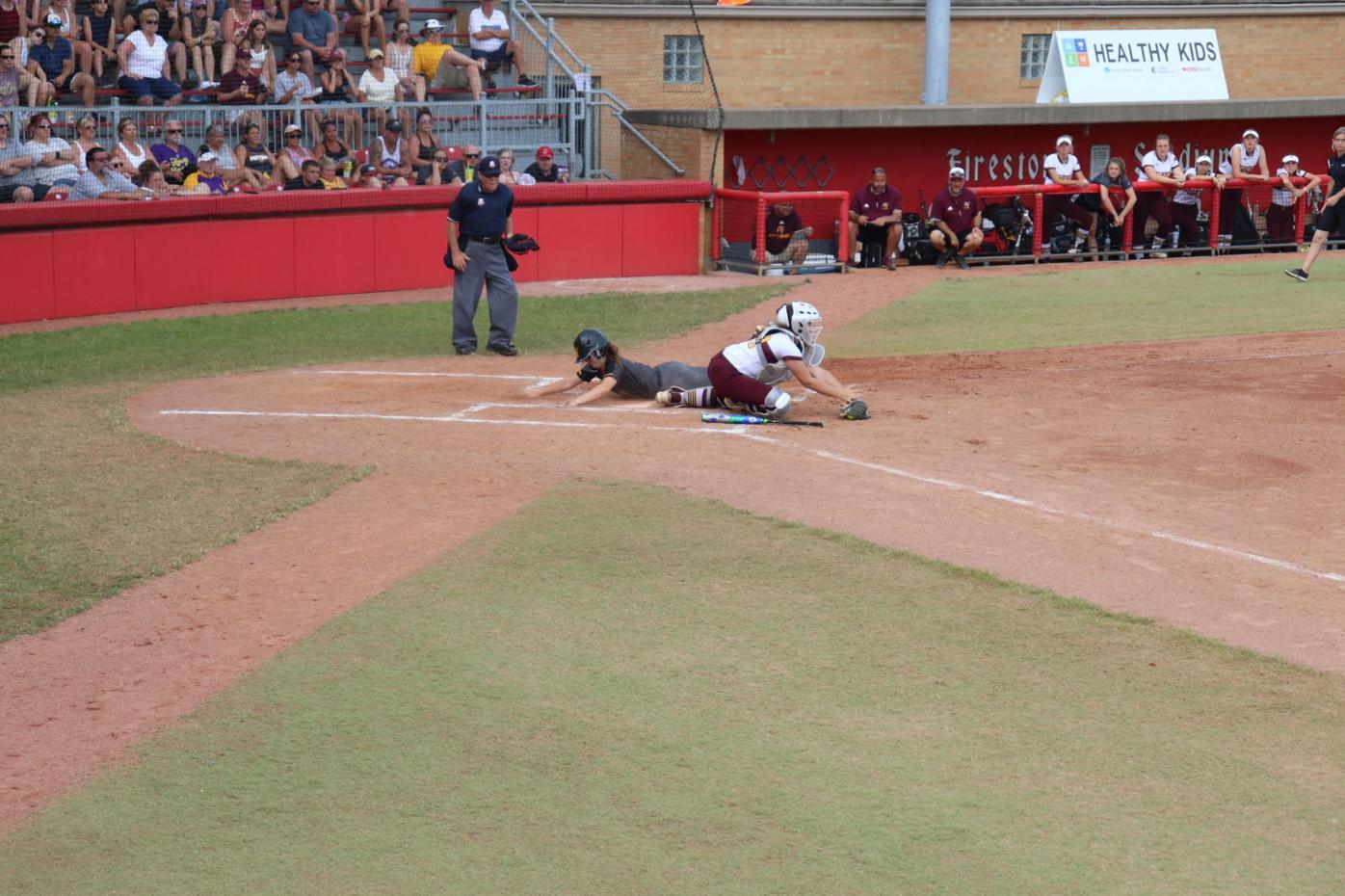 Whether the sign near the Fairview softball team’s hotel in Akron was the real positive omen on Sunday afternoon or not, the Apaches decided the Division III state championship game was the best time to have a good day.

Fairview checked all the boxes for softball success in Sunday’s D-III final against Canfield South Range at Firestone Stadium with a 10-0 six-inning run-rule victory and the program’s first-ever state championship.

After Saturday’s wild 10-8 state semifinal win over Wheelersburg that saw Fairview (28-1, No. 7 Division III OHSFSCA) smack 15 hits but commit five errors, the Apaches (28-1) put it all together in the team’s 28th straight victory. Fairview scored 10 runs in six frames, pounded 12 hits, did not commit an error and held South Range (30-4, No. 5) to three hits in a shutout performance in the circle from sophomore Paige Ricica.

“I actually felt as calm today as I have all along because of the girls’ demeanor,” said Fairview coach Staci Renollet, who has now guided the team to 367 wins and a long-awaited state title after five heartbreaks in the regional tournament the last six years. “We came pretty close to a perfect game in my mind because our defense made some unbelievable plays. Paige and Olivia pitching a shutout, us making some huge plays then aggressive running, taking extra bases and (hitting) up and down the lineup, we did it all.

“Being able to come and make those plays at Firestone Stadium was huge too. We’ve made those plays all season long but to play in front of the hugest crowd that I’ve ever seen at any type of softball game. The community and the crowd support that we had was just unbelievable.”

The Apaches got things started early with a leadoff error and an Alyssa Merrit single to put two on for senior Clair Shininger. The nine-hole hitter for the Apaches came through in a big way, ripping a two-run double to left field to draw first blood and break the tension.

The big break came in the third frame for the Apaches with all nine batters seeing an at-bat and four runs scored. Seniors Cassie Mavis and Kiersten Cline each reached by hustling out infield singles and fellow senior Olivia Ricica repaid their efforts with a two-run double to left field.

Two batters later, Paige Ricica laced an RBI single past South Range shortstop Jillian Strecansky and as Ricica hesitated on a steal attempt at second, a pickoff throw went into center field to score sophomore Allison Rhodes and boost the lead to 6-0.

Fairview closed the door for good in the sixth inning in fitting fashion.

After striking out, flying out and grounding out in the state final, senior star Anna Ankney had one last bomb left in her bat, taking a pitch from Youngstown State commit Bree Kohler deep over the left field fence for a solo home run. The round-tripper marked the fourth home run in the last three games for the all-Ohio shortstop.

“This feeling is just unbelievable,” said Ankney of hoisting state gold. “We’ve worked hard ever since we’ve been little and everyone just played their amazing game.”

Added senior Emerald Rittenhouse-Starbuck: “It feels like a dream. I don’t think any of us going into it expected this but … once we got deep in the tournament, we said we might as well go all the way.”

“It’s amazing to know that we never lost our last game,” said Shininger with a smile.

Olivia Ricica connected on a two-run base hit to left to score Cline and Mavis and with Ricica and Rhodes aboard, Paige Ricica put the Apaches in position to close it out early with an RBI base knock. In the bottom of the sixth, the sophomore hurler closed out Kohler, Reagan Irons and Juli Stachowicz in order to close out a three-hit masterpiece.

On the state’s biggest stage, Ricica found the best time to put together a virtuoso performance as the sophomore finished the year 21-1 with a 57-pitch masterpiece. Ricica struck out three and did not allow a walk or a Raider to get past second base the entire game, retiring the last 12 South Range batters she faced.

Olivia and Paige Ricica, Mavis and Cline all finished with a pair of hits on the day, with Olivia Ricica finishing with four runs batted in.