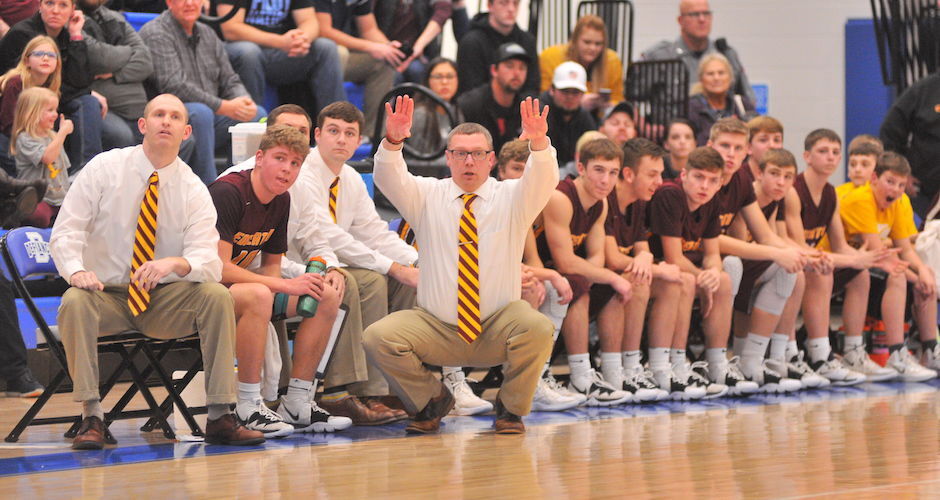 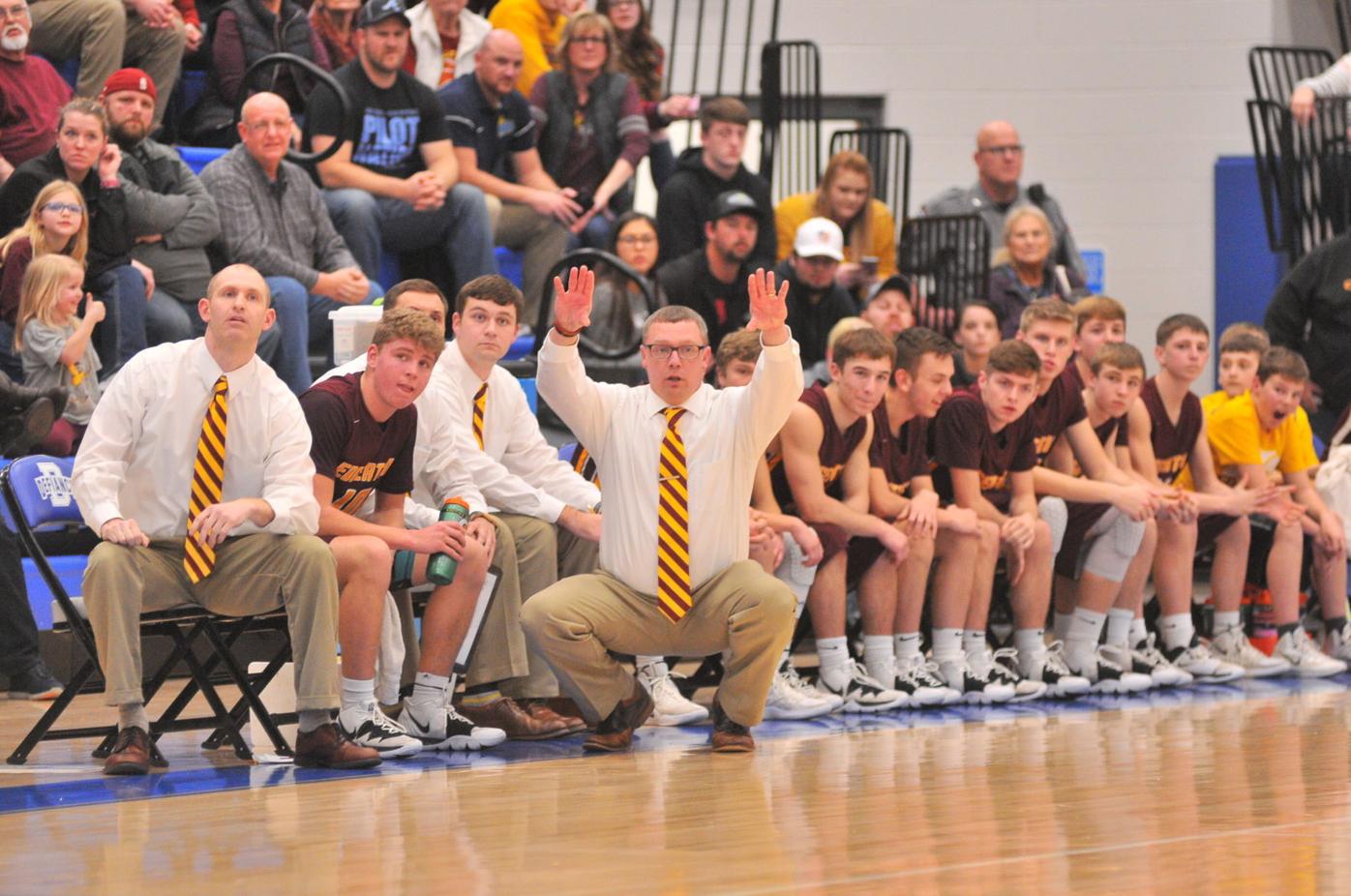 Edgerton coach Matt Ripke calls out to his team during a 2020 D-IV district semifinal against Antwerp. Ripke resigned after 12 years in charge of the Bulldog hoops program.

Edgerton coach Matt Ripke calls out to his team during a 2020 D-IV district semifinal against Antwerp. Ripke resigned after 12 years in charge of the Bulldog hoops program.

EDGERTON — New leadership will be sought on both the boys and girls hardwood next winter in Edgerton as both boys head coach Matt Ripke and girls head coach Nathan Davis resigned their posts in recent weeks.

Ripke departs after a dozen years in charge of the program with an 185-99 career record, second-most in school history behind Babe Shoup’s 198. The Ayersville grad guided the Bulldogs to two of the program’s four all-time Green Meadows Conference championships in 2010-11 and 2011-12 and reached the district tournament 10 times in 12 seasons.

“It was a personal decision and something we discussed as a family to move onto the next chapter and see what opportunities present themselves,” said Ripke. “I’m so grateful for our players and assistant coaches that have come through our program and the time and hard work they put in over the years.”

For Davis, family reasons were the main impetus for the changes following three years at the helm of the Edgerton girls program. The Bulldogs were 19-50 under Davis’ tutelage, finishing 2-21 (0-6 GMC) in 2020-21.

For Ripke, some of the highs were marked early in his tenure as the Bulldogs reached the district tournament after a 9-11 regular season in his first year (2009-10).

The next three seasons were some of the highest peaks of the program, as the Bulldogs won three straight district championships, including an unbeaten regular season and run to the D-IV regional championship game in 2011-12 before falling to Arlington in the finals. Ripke was named Ohio’s Division IV co-Coach of the Year for the team’s efforts. The regional trips marked the first such achievement since the school’s 1999 trip to the state tournament.

Even after the 2012 regional run, the Bulldogs finished with a losing record just once and reached districts seven of nine times. Ripke’s squads acquitted themselves well against talented teams, knocking off higher seeds like Pettisville and Antwerp in recent years while also taking the then-unbeaten Archers to the brink in the 2020 D-IV district semifinals at Defiance before falling 49-48.

The 2020-21 season was a trying one as Ripke’s program battled COVID-19 quarantine issues. The Bulldogs played 17 games, including a first-round tournament loss to Holgate on Feb. 24.

“Honestly, with this group this last year, this group of kids was built for a year like this,” said Ripke. “I couldn’t ask for a better gruop of kids. They didn’t allow the distractions to take them off track, they didn’t make excuses, they always played hard and always did what the coaching staff asked.

“One of the things we’ve developed over the last 12 years was toughness,” continued Ripke. “Not just physical toughness, but mental toughness as well. We’ve been tremendously fortunate for the 122 young men that have come through our program. Seeing them develop over the four years they were with us and now into fine adults, that’s the most rewarding thing.”

Ripke entered the 2020-21 season with a two-year limited contract with performance goals following a May 2020 board approval.

Ripke noted that with the decision still fresh, he has not looked ahead to the future as of yet.

“It’s early and right now, I’m taking a step away,” explained the former Bulldog mentor. “If the right opportunity presents, I’ll evaluate it if and when that happens. For me, it was time to make a change for personal reasons, with the support of my wife and my kids.”