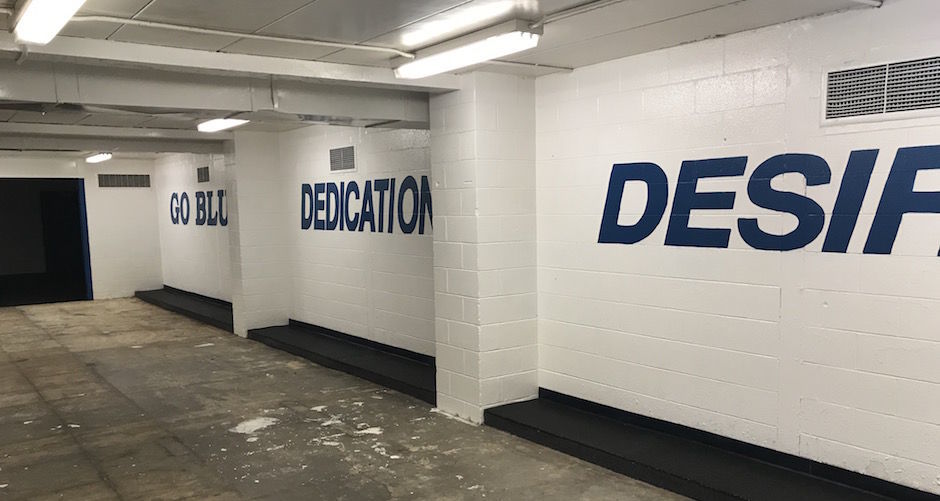 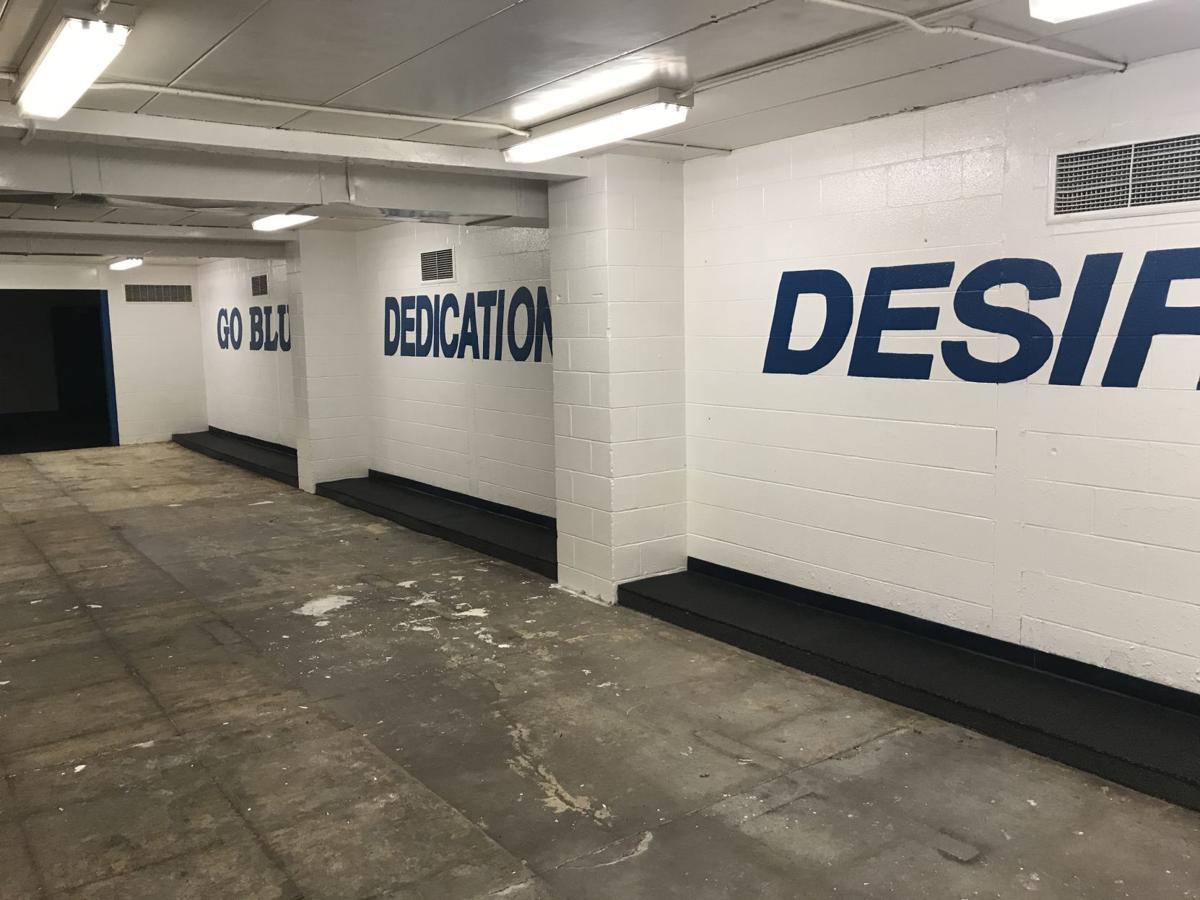 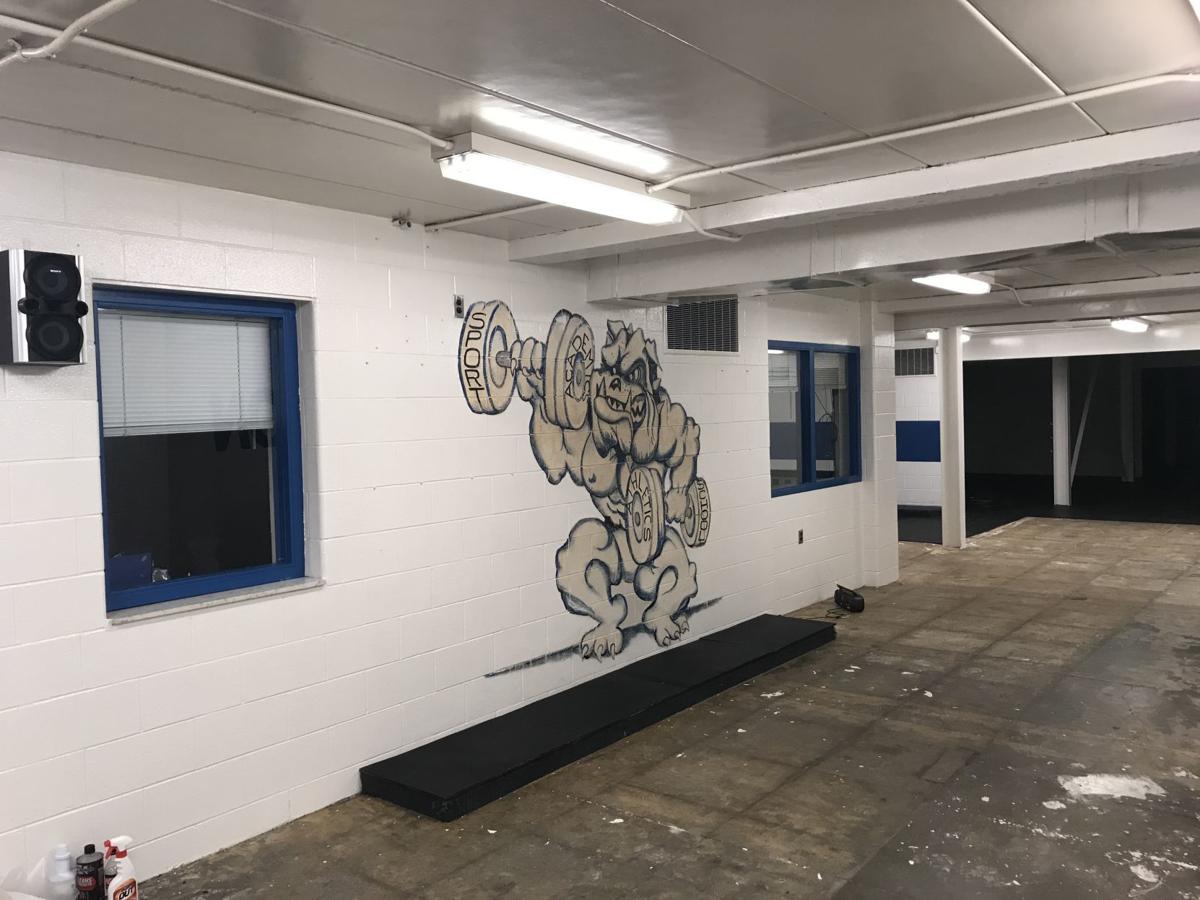 With facilities at the caliber of the new gymnasium and baseball/softball complex at Defiance High School, the bar is set fairly high.

The locker rooms and weight room facility inside Fred J. Brown Stadium is the next major project for the Defiance athletic department to tackle and the school has already begun work on an update to the facility.

“That’s kinda been my pet project – along with trying to hire coaches,” joked Defiance High School athletic director Jerry Buti. “It’s been a goal of mine to update our weight room for a while. There was a time before all these new facilities got built that the weight room was the nicest facility in the school campus.”

With some water damage now addressed by resealing work and an opportunity to clear out some things from the second level of the stadium, the opportunity to grow is now here for the Bulldog sports programs.

“At this point, it’s just aged. Of course, our stadium was leaking for a while before we got it fixed,” said Buti. “It was embarrassing as far as I was concerned, when you consider our facilities and our programs.

“I’ll say this, though, there is not a better project for a booster program to touch than a weight room. It’s used by all our kids, nothing touches all of our kids like a weight room.”

Though there may likely still be the stereotype that weight rooms are the domain of bulky football players trying to max out reps on the bench press, all sports, regardless of gender, have found ways to utilize the facility and will reap the benefits of the improvements in store.

“When I took over the (girls basketball) program five years ago, that was kind of a priority of mine,” said Rafael Manriquez, head coach for both the Bulldog girls soccer and girls basketball teams. “I wanted to focus on getting our kids stronger, that would get them confident in themselves and comfortable in that environment ... We can utilize those facilities to help our athletes across the board.”

“We have as many female athletes going through and working out in the weight room than there’s ever been,” said Kline. “Our cross country teams use it. Of all the facilities on the Defiance campus, it’s probably the most used, maybe the high school gym might be close to it. Everyone will benefit from this project.”

The project, which rounds out a total cost of 38,000 for the weight room and $27,000 for the lockers, will involve a re-painting of the locker rooms on the lower level of the stadium, all-new lockers, new rubber flooring on both levels and six new half rack machines, along with other amenities.

Most of that cost has been deflected from taxpayers, with donations from the Defiance Athletic Boosters ($20,000), the Defiance Football Alumni Association ($5,000, specifically for the lockers), $1,000 from the Shindler Family and around $5,000 from the Judy Scott Memorial Fund.

Buti noted that the only expense taken on by the school system was the cost of the paint and for the insulation of the second-floor ceiling.

“We’re really indebted to them for that,” said Buti. “It was on our list and the school jumped in on that. With cutbacks, we know it’s a bad time to ask for money but we’ve already accumulated almost all of the cost on our own.

“This stadium of ours is an outstanding facility inside. We’ve kinda junked it up for years and not used it to its full measure.”

The second floor previously held track pits for spring season at Fred J. Brown Stadium and also was utilized by the baseball team. With the construction of the Jon Niese Center and Chad Billingsley Batting Cages, the baseball equipment has been shifted out of the second floor and Brandon McCann has allowed the department to store the track pits in his storage area.

“Our idea is to design a two-story weight room,” explained Buti. “Upstairs will be a lot of our machines, downstairs will be six new half racks that kids can bench, squat and power clean on.”

Naturally, the continuing issues of social distancing and safety amid the COVID-19 pandemic are at the forefront and the changes in the stadium facility will accommodate that fact.

“With this new weight room, we can socially distance more,” explained Buti. “We can put two different teams on two different floors.”

“There’s things that we were doing before in the weight room as far as cleaning that we’re doing even more now,” added Kline. “It’s good that we can still do some of these things despite what’s going on.

“This stuff doesn’t happen if Jerry Buti’s not behind it. We joke because he calls this Plan Z, he literally had four, five plans in place in case we didn’t have the finances and we didn’t want to go to the community with it.”

“We’ve got all these great facilities, it’s time to take a step back and really work with these kids,” said Buti. “Success, to me, starts with a good strength program. It’s all for the kids, that’s the bottom line.”