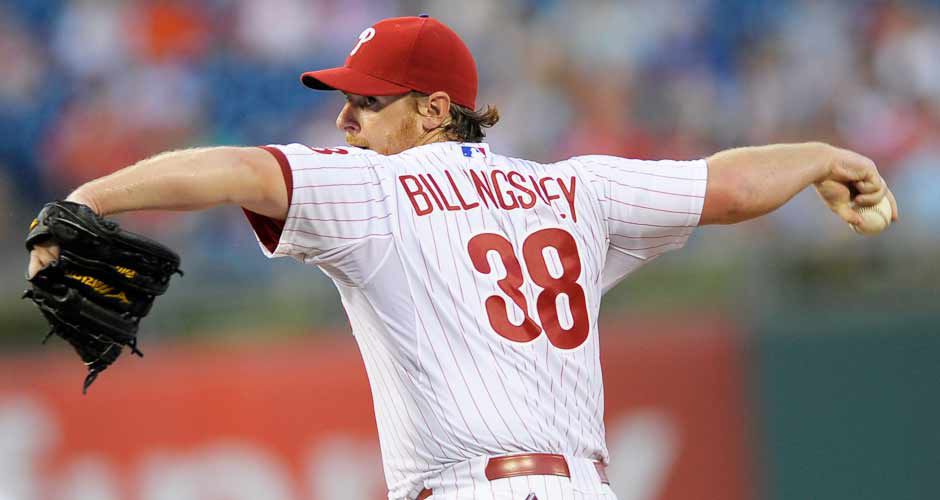 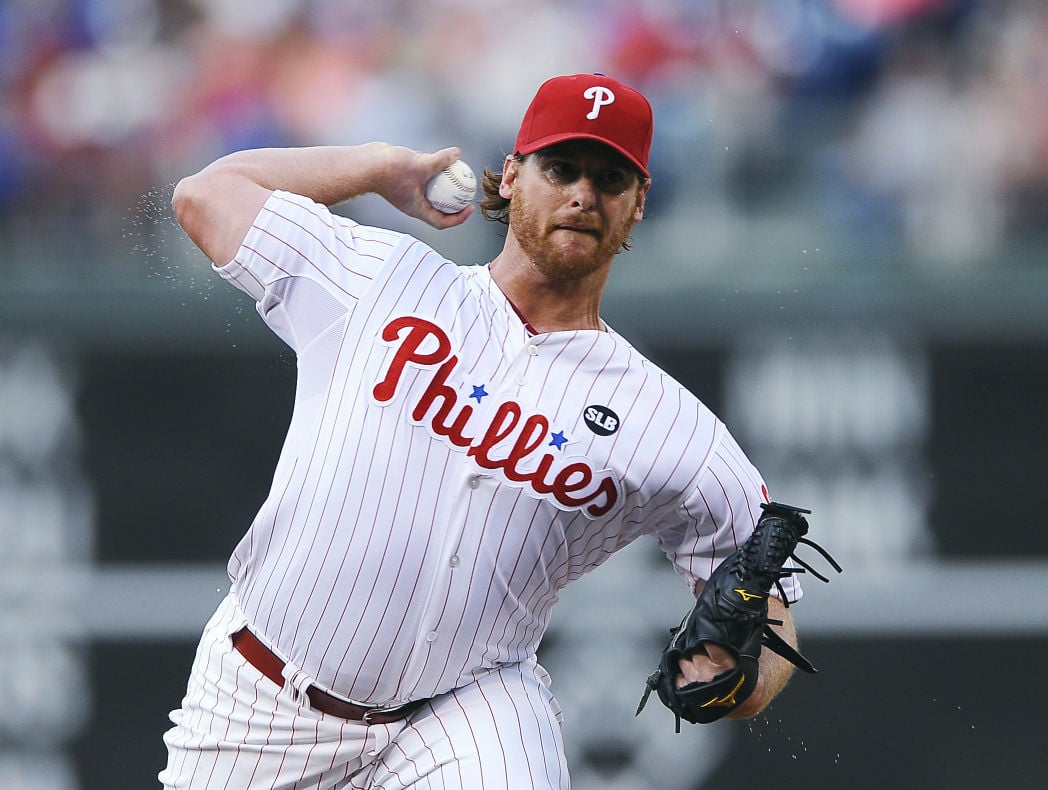 Chad Billingsley throws for the Philadelphia Phillies in what was his last time on the mound against Miami back on July 18, 2015. 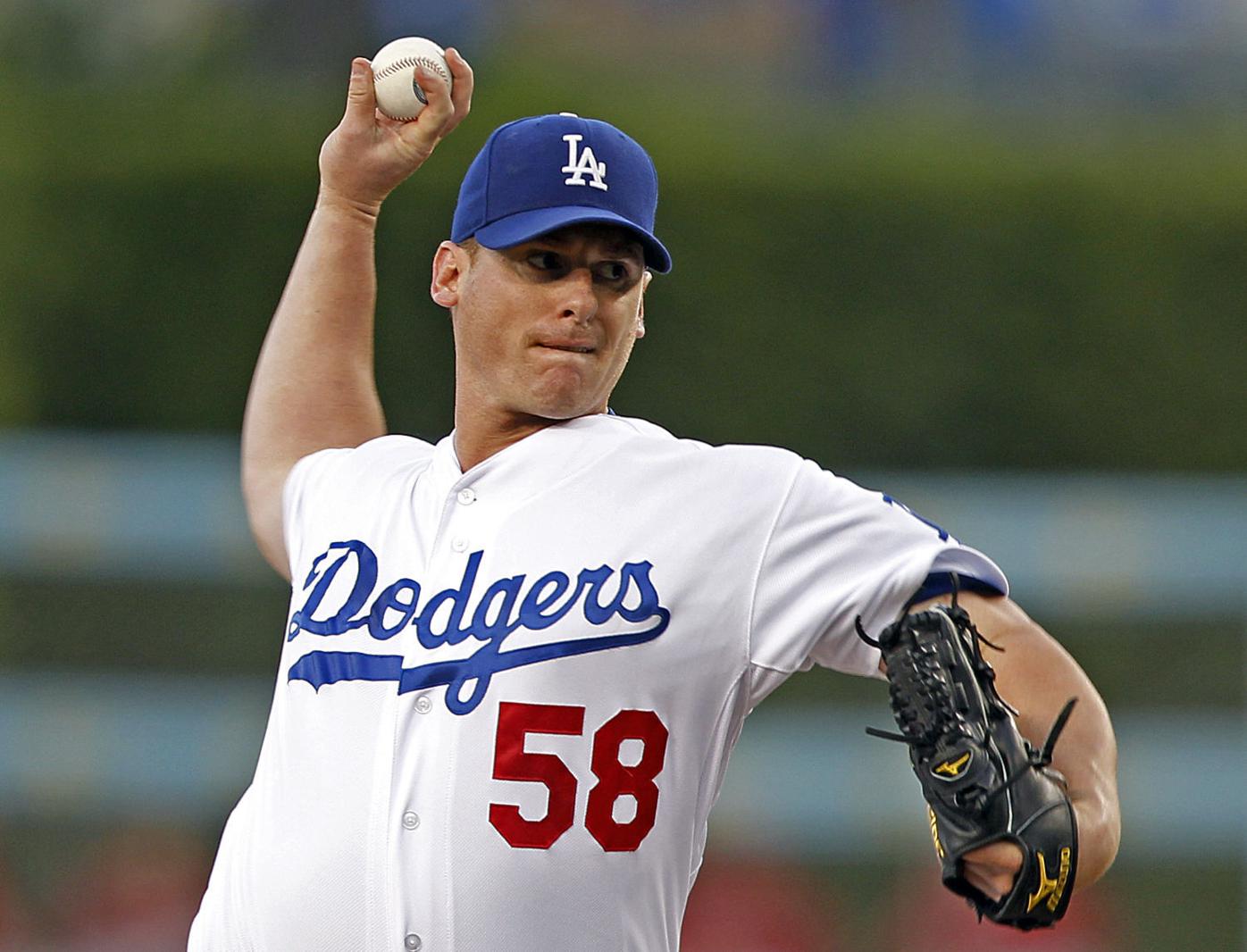 Chad Billingsley throws a pitch to the plate against the Arizona Diamondbacks in the second inning of a baseball game in Los Angeles on Tuesday, May 15, 2012.

Chad Billingsley throws for the Philadelphia Phillies in what was his last time on the mound against Miami back on July 18, 2015.

Chad Billingsley throws a pitch to the plate against the Arizona Diamondbacks in the second inning of a baseball game in Los Angeles on Tuesday, May 15, 2012.

ROBESONIA, Pa. — Since graduating from Defiance High School in 2003, baseball has been Chad Billingsley’s life.

But an injury has changed all that.

It has been 11 months since the hard-throwing right-hander pitched in the major leagues. An elbow injury has resulted in numerous surgeries and left his future in the game in doubt.

“I can throw a baseball at 50 to 60 percent, but when I ramp it up it starts hurting,” the former Bulldog said.

Rest is the only hope at getting back to where he once was.

“I talked to the doctors at the end of last season and they said don’t do anything for seven months,” Billingsley explained. “They said don’t stress it.”

The seven-month time frame has arrived, but the rest continues. No other remedy is in sight.

“The elbow can’t stand when I throw with intensity, where I want to be,” Billingsley said.

It brings concerns about his future, in or out of baseball.

“If a tendon tore it would be total reconstruction surgery,” Billingsley noted. “If that happens you start flirting with everyday life. But I’ve not totally given up.

“Most likely it’s career ending. The doctors don’t know anybody that has come back from it. If I do come back, it will most likely be out of the bullpen in some kind of short relief.”

A high school All-American at Defiance High School, Billingsley holds more career records than any player in program history while also helping the Bulldogs reach the state tournament in 2002.

A first-round draft pick by the Los Angeles Dodgers in 2003, Billingsley made his major league debut on June 15, 2006. In 5.1 innings, the 24th selection in the 2003 MLB draft gave up two runs on six hits and two walks while fanning three in a no-decision.

Billingsley went on to finish 7-4 that first season with a 3.80 ERA.

In his first season with the Phillies in 2015, Billingsley pitched in seven games with a 2-3 record. In 37 innings, Billingsley allowed 53 hits and eight walks while striking out 15 with a 5.84 ERA.

Ironically, his last outing was his best in a Philadelphia uniform. Billingsley surrendered four hits and one walk while striking out two in five shutout innings to pick up the victory in a 3-1 win over Miami last July 18.

“Ten years in the majors and a couple in the minors,” Billingsley reflected. “I miss pitching but also just hanging out in the clubhouse with the guys.”

Billingsley, who will turn 32 years of age on July 29, currently resides with his wife Tiffany in a small town just northwest of Philadelphia. His parents live across the street.

“Fishing and hunting are what I normally do,” Billingsley said of his daily routine.

But he’s also not totally out of the game right now.

“My first year away from the game I’ve had more time to do leisure-type things,” Billingsley explained. “I’ve been helping out with youth baseball. I help 11-year-olds up to high school and legion age.”

It is quite a difference from playing in the big leagues.

“You’re gone seven to eight months a year traveling out of a suitcase,” Billingsley said of baseball as a career. “Right now I’m mentally happy what I’m doing.