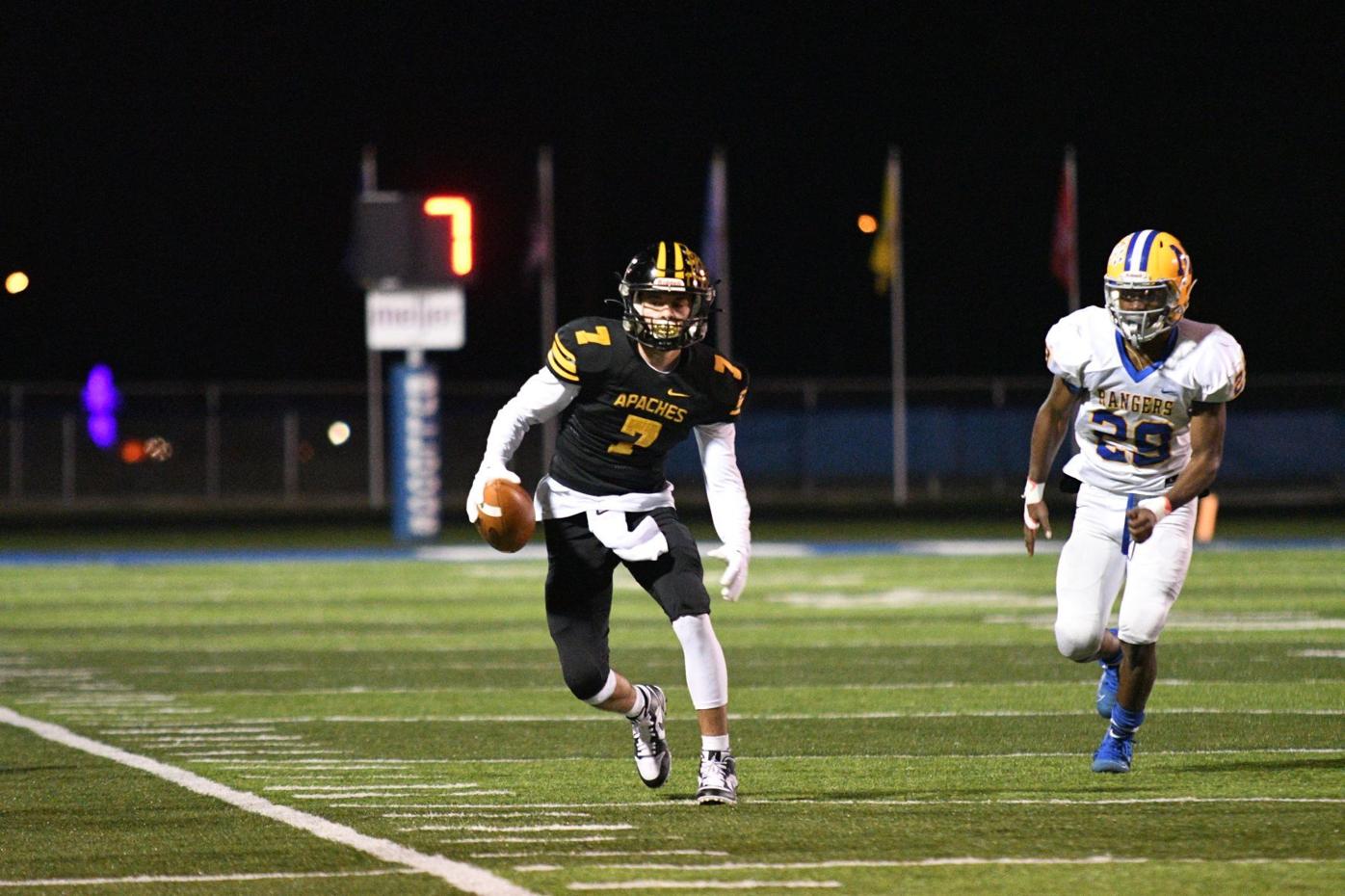 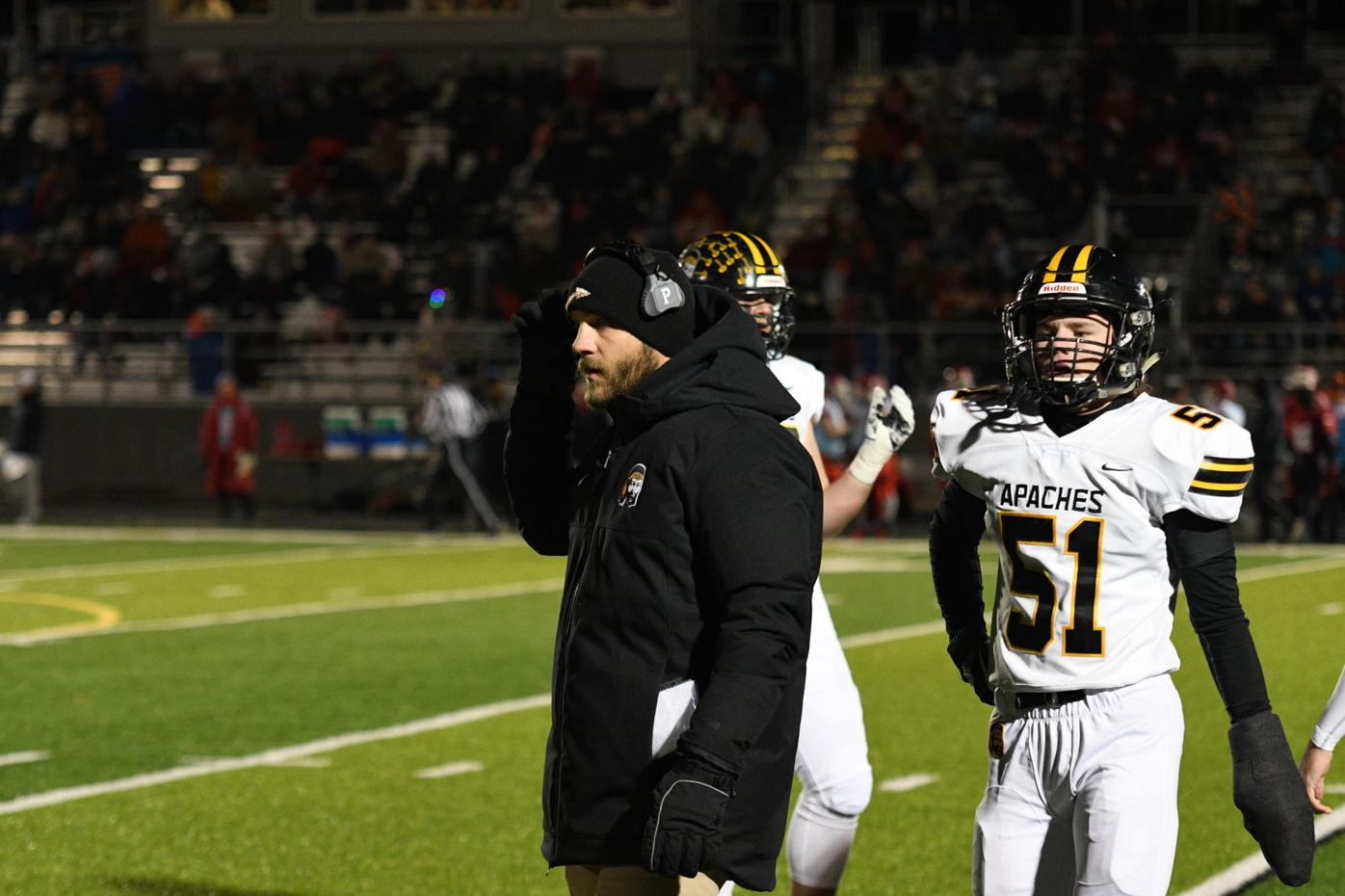 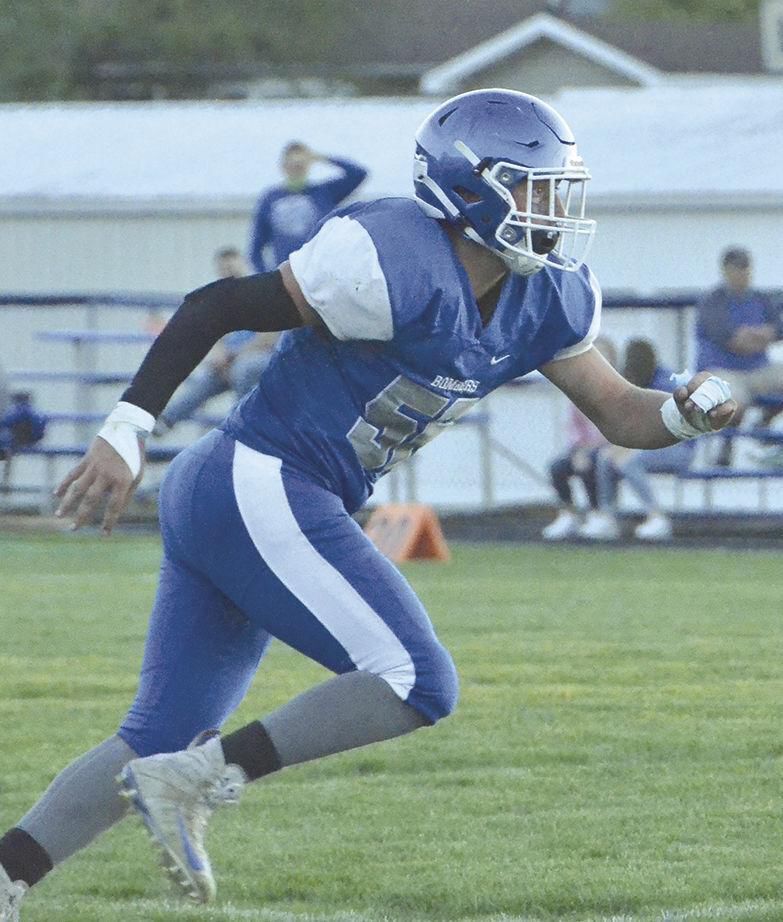 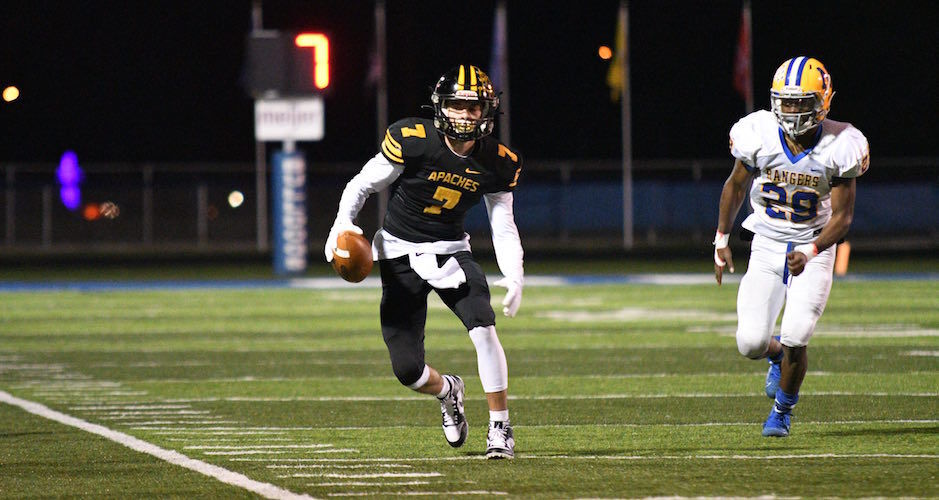 A continued run of success in Sherwood has been rewarded again, this time by the six-county area’s head coaches as the Crescent-News‘ 51st annual Football Award winners have been determined.

For every football program in the area, the 2020 season was one that began in uncertainty and trucked on amid the continuing coronavirus pandemic. For Fairview, the season marked one more shot at a postseason with a core of outstanding athletes.

Following the graduation of Cade Polter last season, Rakes moved over from wide receiver to the QB position and lit up the area scene with his arm and his shifty legs. The 6-0, 160-pound senior field general was nearly impossible to take down all season, racking up 613 yards and 12 touchdowns on the ground on just 66 rushes while completing an impressive 202-of-294 passes for 2,987 yards, 42 touchdowns and just six interceptions.

“I definitely wasn’t expecting that,” said Rakes of winning Offensive Player of the Year. “I knew I had a good season but I wouldn’t have imagined winning an award like this.

“It was cool that we had the opportunity to play this season because we weren’t sure with COVID. We’ve definitely had the talent there but we’ve been in the weight room since fifth and sixth grade. When you put the work ethic and the talent together, you can do some awesome things.”

Rakes even saw limited time on special teams and made the most of it with a 59-yard punt return for a touchdown against Woodlan (Ind.).

“Going into the preseason, it was a question mark for us. How do we replace Cade,” admitted coach Rakes. “Doug would tell you his favorite position is playing wide receiver. We knew we had an athlete that we could put in there but we didn’t know how much we’d have to adjust. We saw through the preseason, we wouldn’t have to change much at all. That’s a testament to a lot of different things.

“First and foremost it’s about the offensive line and the receivers. When you’re able to surround someone with five really good skill kids like Caleb Frank, Cade Ripke, Luke Timbrook, Kaden Blair and Russ Zeedyk and then Keaton Singer late in the year and then the guys we had up front in Aaron Layman, Corbin Keegan, Bubba Lucas, Noah Volz and Austin Bostater; it’s a testament to how hard the kids worked.”

In the win-loss column, the Apaches claimed nine wins in 10 games on the field, including three postseason victories before falling 42-21 in the Division VI Region 22 championship game to end an unbeaten season.

The impact was still felt, as Fairview secured its second straight outright Green Meadows Conference and its third straight season with at least one playoff victory.

The elder Rakes is now 50-36 in eight seasons as Apache head coach, helping snap an 11-year GMC title drought a season ago and now with five straight seasons with a record of 5-5 or better.

“It’s a humbling experience, you look at all the great coaches in this area,” said Rakes. “You’re nothing without great players and we definitely had that this year and these past few years. When you have good players and good assistant coaches, it makes you look good.”

Rakes Jr. becomes the first quarterback to win the Offensive Player of the Year award since Archbold’s Gabe Petersen in 2017 and becomes the first Fairview player to claim the award since a run of three straight Apaches in the late 2000s (Ryan Radcliff in 2006 and 2007, Ben Wonderly in 2008).

“He’s a kid that was very driven,” said Olwin of Carlson’s efforts this season. “He played with so much intensity this year. If there was a tackle to be made, he was there. I wouldn’t say he’s the greatest athlete in the world, he’s not a guy with blazing speed, but he’s played with great heart and a desire to be successful. I’m really proud of the kid.

“He played hurt all year with a broken thumb he got in the first game of the year and he didn’t miss a practice. He’d get taped up for practice, get taped up before the game and go in there. He injured his other thumb and he’d have both taped up during games. He got a stinger later in the year, missed one play. He’s a throwback tough kid.”

On the coaching side, Doug Rakes became the first-ever Fairview mentor to win the C-N Coach of the Year award and the fourth GMC coach to win the award in the last six seasons (Edgerton’s Ben Wilhelm in 2018, Ayersville’s Chris Dales in 2016, Hicksville’s Lucas Smith in 2015).

Rakes finished with 111 total points (10 points for first place, five for second, one for third) in the coaches’ voting, just eight ahead of Columbus Grove coach Andy Schafer. Archbold’s David Dominique, the 2019 C-N Coach of the Year, was third.

The father-son double victory is the second time a father has won Coach and his son has Player of the Year in the same season. In 2016, Ayersville head coach Chris Dales was named Coach of the Year while son Dauson won his second straight Defensive Player of the Year award.

“Thankfully we’ve been blessed with being able to have a season and to have it together was really special,” said Rakes Sr. “I know Chris Dales was able to coach his son and coach Olwin in the past here with his son Steven, I think all of them would say it’s challenging at times but it’s so rewarding.”