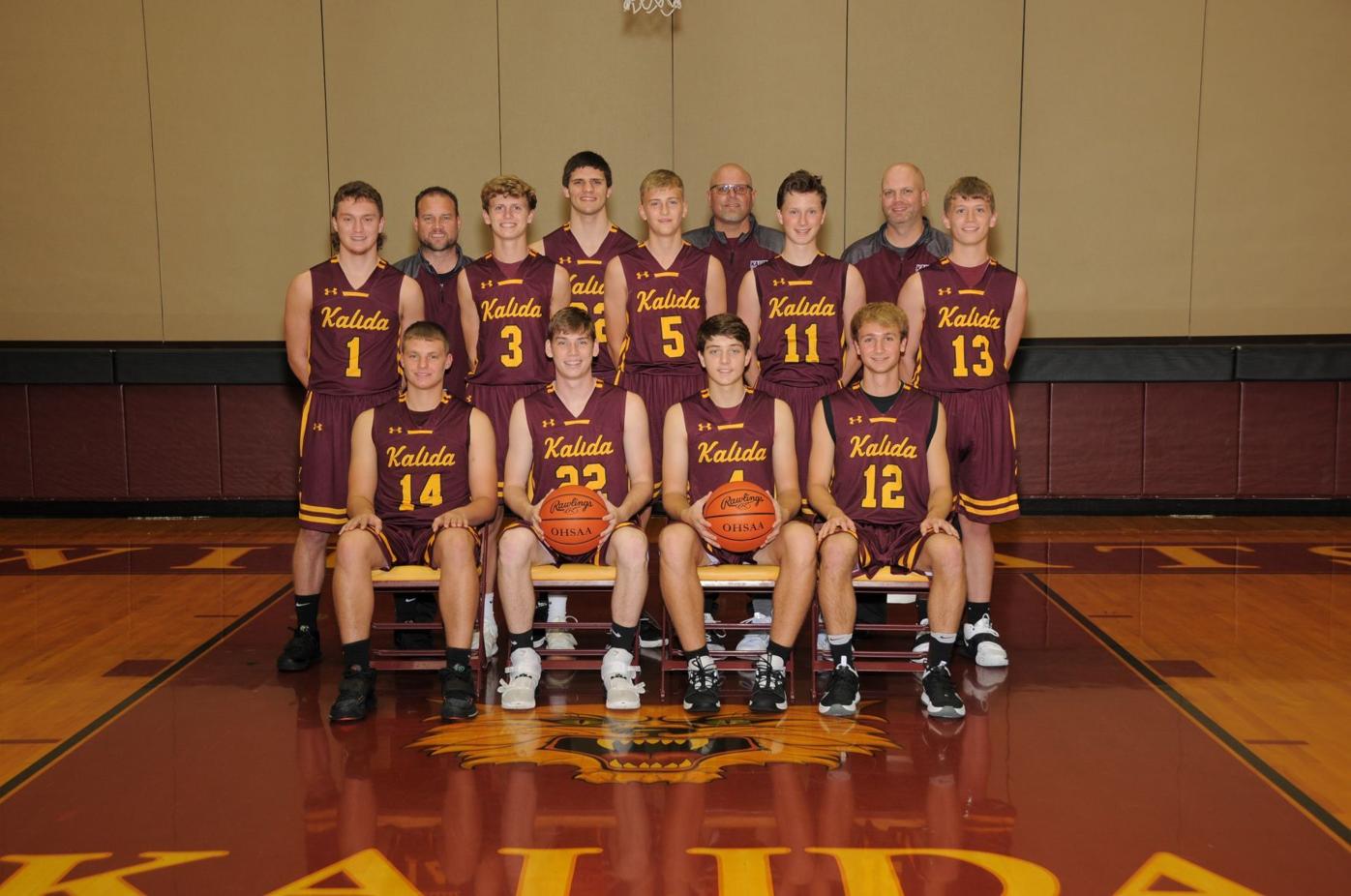 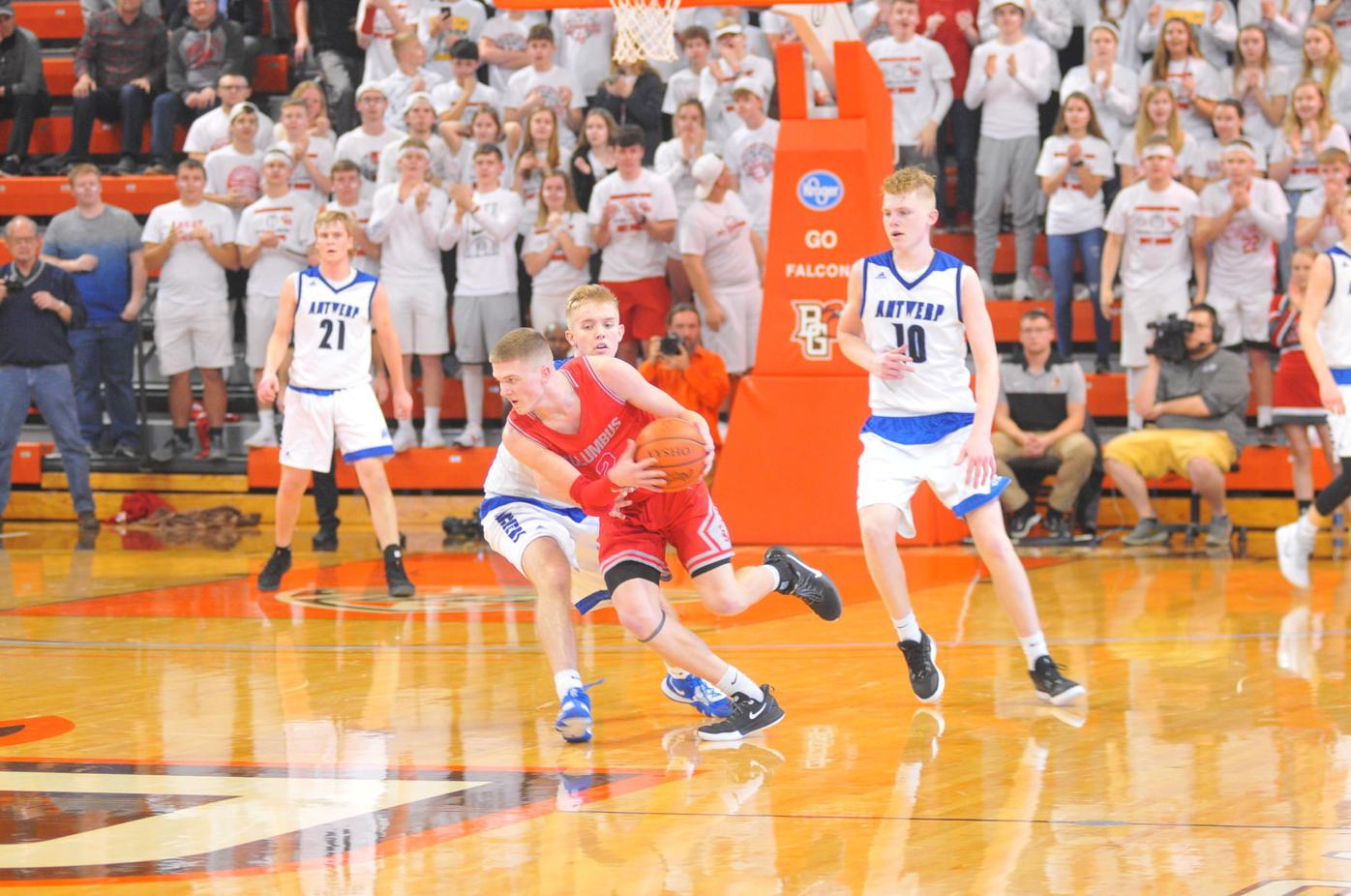 The Putnam County League, steeped in history and tradition among all its member schools, had perhaps one of its greatest squads emerge in 2019-20.

Already fueled by a run to the regionals in 2018-19, Columbus Grove reached new heights a season ago with a 26-0 campaign that saw the Bulldogs knock off No. 2 Antwerp in the regional finals and sat poised to contend for a D-IV state championship before the COVID-19 outbreak caused the season to be shut down ahead of the regional finals.

The league’s depth was shown off as well with six of the eight squads finishing with 10 or more victories.

The following is a preview of the PCL’s eight teams in alphabetical order:

COLUMBUS GROVE — In an already tradition-rich program, Chris Sautter’s fourth season was nearly as good as it gets with a 26-0 record and outright league titles in the Putnam County League and Northwest Conference.

Four seniors depart from the team that finished unbeaten, including scorers Evan Hopkins (7.7 ppg) and Alex Schneider (6.4 ppg) but the heart of the team returns and has one goal: finishing the job.

PCL and NWC Player of the Year and first team all-Ohio star Blake Reynolds returns after averaging 16.7 points, 8.9 rebounds and 5.2 assists per game as a junior. The 6-4 guard, who completed an outstanding season as quarterback for a state semifinals run for the Bulldog football team, is far from the only weapon.

Ethan Halker, a 6-1 forward, will also look to boost his production after netting 5.7 points per night at an outstanding 73 percent clip (69-of-94).

“Returning four lettermen and starters from a team that won botht he PCL and the NWC, expectations are high,” admitted Sautter. “We need to handle the expectations and play to our potential becuase we are going to get everyone’s best shot. Our success will be determined by the growth and improvement of our returning lettermen and how well our newcomers can fill the shoes of the seniors we lost.”

CONTINENTAL — Continental took its lumps a season ago, finishing 1-6 in the PCL and 5-19 overall but with a key scorer to lean on and six returning lettermen, first-year coach Scott Keck will ahve a place so start.

Keck, a Contiental graduate and an assistant on Maag’s staff last seaosn, will have senior sharpshooter Mitch Coleman to lead the charge. The 6-0 guard hit 52 treys last season and netted 16.2 ppg, good for a spot on the all-league second team.

“All of our returning lettermen were able to play at the varsity level since freshman year,” explained Keck. “Mitchell Coleman is a very good scorer. He has the school record for most 3-pointers in a game and we expecthim to continue to score at a high level.”

“I expect this team to compete each and every game,” said Keck. We have a very quick and athletic group of kids that work extremely hard.”

FORT JENNINGS — Though Fort Jennings battled through a 4-19 record a season ago, new head caoch Todd Hoehn will have the Musketeers’ top two leading scorers from 2019-20 to help get the Orange and Black going this eason.

Senior forward Evan Hoersten netted 13.8 points and 7.8 rebounds per contest last seaosn, good for a spot on the all-PCL second team. Meanwhile, senior wing Zach Schulte’s 10.1 points and 44 makes from long range should provide a dangerous inside-out tandem for opponents to take on.

Hoehn cited varsity experience with five returning lettermen and five seniors on the roster as a sterngth for the Musketeers this seaosn as Nick Trentman (Jr., guard, 6.5 ppg, 2.3 rpg, 3.2 apg) and junior forward/center Jon Grote (2.9 ppg, 3.2 rpg) rejoining the fray.

“We will be striving to compete with all our opponents and our schedule is filled with very good teams and coaches so it will be a challenge every night out,” said Hohen. “We will always try to get better.”

KALIDA — Though Kalida finished just 4-3 in the Putnam County League a season ago, the Wildcats won when it counts and with five returning lettermen, Ryan Stechschulte’s squad has plenty of optimism heading into 2020-21.

The Wildcats started last season 2-5 before a 13-2 stretch to end the season, including a perfect 6-0 sweep of their February regular season slate. The Wildcats then knocked off Patrick Henry, Lincolnview and No. 2 seed Ottoville 44-40 in the district semifinals before battling close against unbeaten and top-ranked Columbus Grove in the D-IV district finals at Elida.

Luke Erhart, a 6-5 senior with three years of starting experience to his credit, will anchor the Kalida lineup after averaging 14.9 points, 7.8 rebounds and 3.2 assists per contest last season and a spot on the all-PCL first team.

“The guys give great effort and compete every day in practice,” said Stechschulte. “With the lack of summer basketball and many new faces at the varsity level, it may take some time for our team to gel.”

“We will lean on (Luke Erhart) for a lot of things, especially early in the year,” said Stechschulte. “However, we do feel we have the potential to be a very balanced team as our kids gain varsity experience.

“Basketball in the PCL and northwest Ohio is full of excellent, veteran-led teams. It’s going to be important for our team to get better every single day we touch the floor in order for us to be where we want at the end of the season.”

MILLER CITY — With four returning lettermen donning Blue and Gold for another year, Miller City ahs hopes on boosting its standing in the Putnam County League this season.

Austin Ruhe, who garnered second team all-PCL status as a sophomore with 12.3 points and 3.6 rebounds per game last season, is back for the Wildcats and third-year head coach Ross Kaufman.

“We’ve got a lot of strong shooters back and the majority of our scoring returns,” said Kaufman, 21-25 in his two seasons as Wildcat mentor. “We want to stay competitive in the league and put ourselves in good positions to beat some strong teams.”

OTTOVILLE — After overcoming some injuries to starters early in the season, Ottoville caught fire as one of the better teams in northwest Ohio, turning a 5-3 start into a 19-3 regular season and runner-up finish in the PCL.

Though the Big Green were ousted by Kalida in the district semifinals, Keith Utendorf’s fifth year in Heckman Gymnasium is primed for success with a whopping 10 seniors on the varsity roster.

Joshua Thorbahn, a University of Findlay commit, leads the way after garnering first-team all-PCL and District 8 status and honorable mention all-Ohio in Division IV. The 6-5 guard averaged 13.6 points, 7.2 rebounds, 3.3 assists and 1.5 steals per game last season and is one of multiple threats in the Big Green attack.

“We have a long, athletic lineup that we can use to our advantage at times,” said Utendorf. “Our length and athleticism should allow us to play our style defensively and create easier opportunities at the offensive end. These kids have played together for the better part of three, four years and that experience, we hope, will be a catalyst for us to reach our goals.”

The Big Green ratcheted up the schedule difficulty for 2020-21, adding a non-league game against Lima Central Catholic, and will compete against Botkins in the Flyin’ to the Hoop Showcase in Kettering on Jan. 18 and against Toledo Rogers on Feb. 6 in the Ottawa-Glandorf Winter Classic.

The Rockets finished 3-4 in the PCL standings and 10-12 overall, falling to a four-win Continental team in their postseason opener, but even without Macke’s 12.9 ppg from last season, the cupboard isn’t bare.

“We’ve got some added depth, which will make for more competitive practices,” said Lee. “We’ve got flexibiility with multiple positions. We do need to find consistent scorers, however.

“The goal is to be much more competitive. We need to find consistency at both ends.”