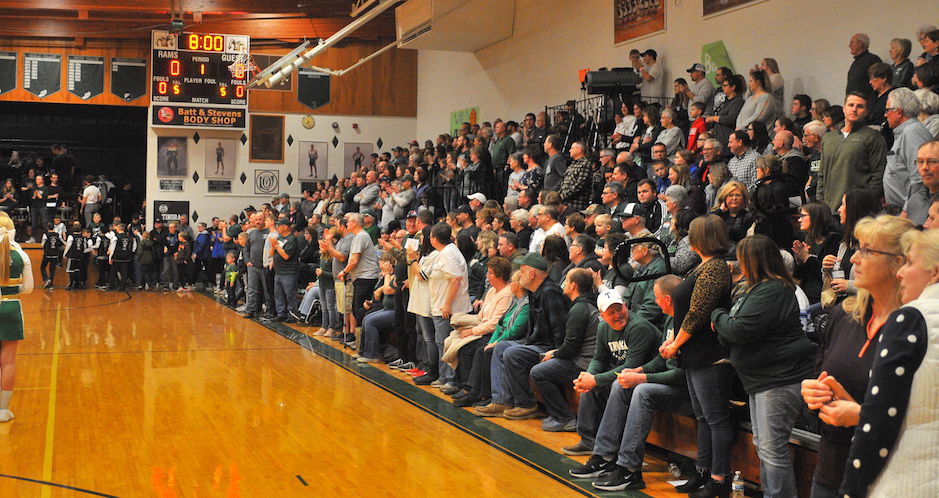 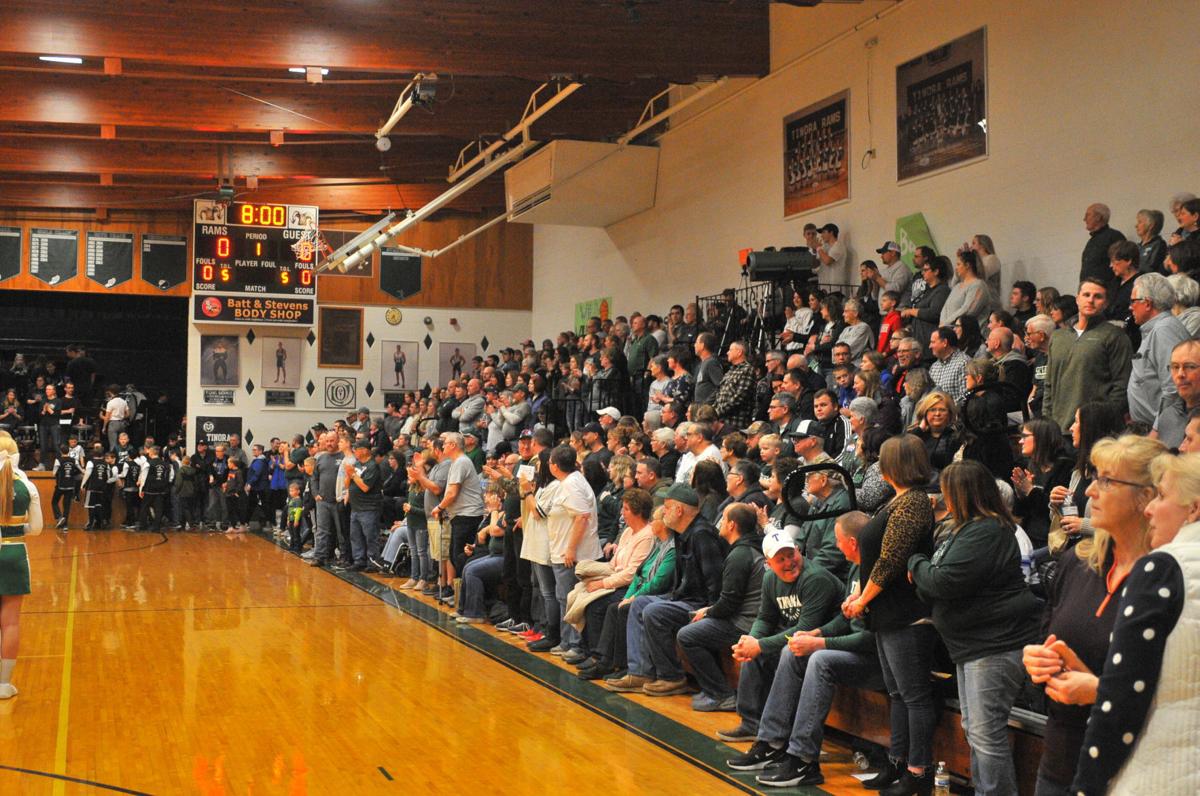 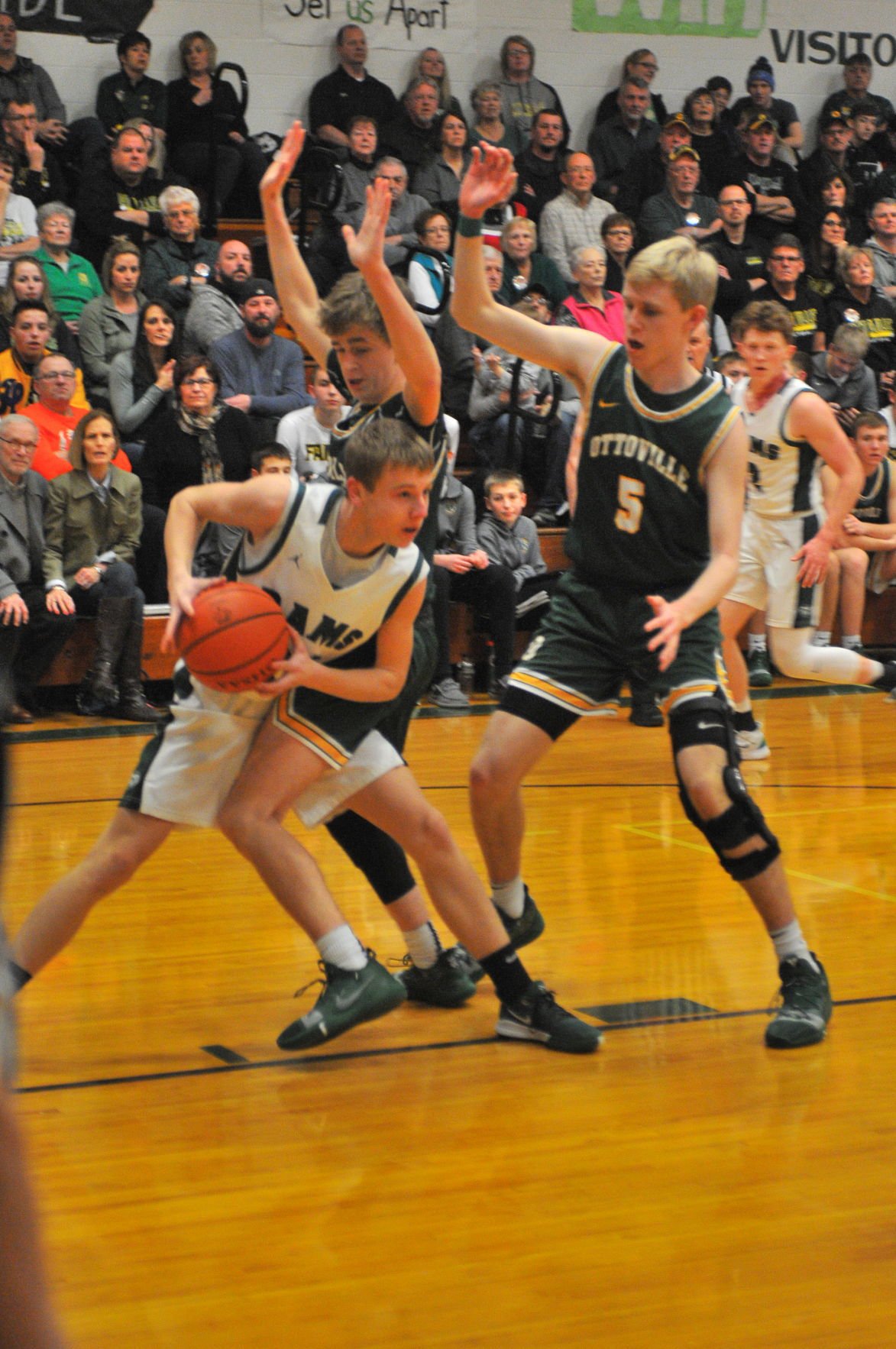 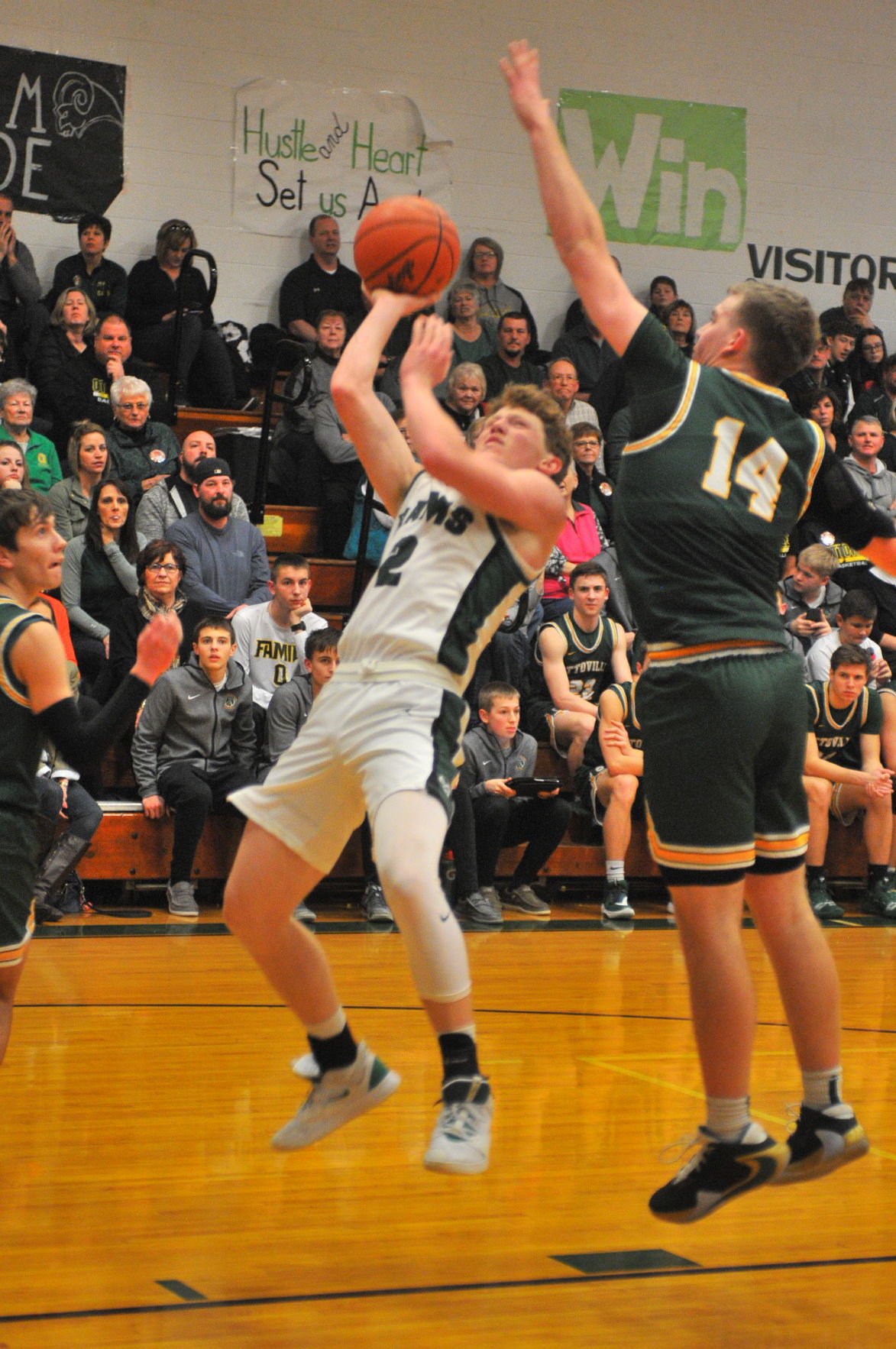 Thursday night marked the end of an era at Tinora High School.

“Having a lot of the past players here that have played in this gymnasium, there have been so many great players,” explained Tinora head coach Paul Wayne. “It was a special atmosphere and you could feel the emotion. I can’t speak highly enough of Alan Moore and all the predecessors here.”

As the final buzzer sounded on a 56-33 Ottoville win, so too did it sound on the last game at the Alan R. Moore Gymnasium.

“We wanted to just get to a good start with all the adversity with them (Tinora) having their last game here tonight,” said Ottoville junior leader Josh Thorbahn. “We knew coming in that we were going to come out hot because it’s their last home game, anybody would be fired up with that. If it was our position, we would be fired up as well. Just come out with a hot start. Good thing we were shooting the ball well, that was a plus big time, but I think our defense was really good in that stretch.”

Ottoville gained a strict hold of the momentum early with a 7-0 run to start the game, including a 3-point shot and a layup for Thorbahn. Ottoville’s defense was a big help to the run as the Big Green (18-3) forced seven Tinora turnovers in the first quarter. After the Thorbahn layup, Tinora head coach Paul Wayne called a timeout to talk to his players.

“We wanted to get out to a good start,” explained Ottoville head coach Keith Utendorf. “We thought it was essential to get pace of play, especially in this game. We knew that if they would be able to play at their own pace, it was going to be a battle all night. So I thought the quick start was a good thing for us to get going and get our guys going and in the flow and get our game to where we wanted it to be.”

Coming out of the timeout, Tinora (12-10) stole momentum with a 6-0 run after Marcus and Max Grube connected on back-to-back triples to make the score 7-6, but Ottoville regained momentum with an 11-0 run to close the first quarter, including three straight treys for an 18-6 lead after one period.

“It was nice and I’m proud of our kids,” said Wayne . “They get ahead 7-0, and they had the momentum at the time and we kind of regained a little bit there. I was really proud of the kids they were able to execute and make a few plays. But credit to Coach Utendorf and Ottoville, they can hurt you in so many different ways. They’ve got the size and can score down low, they were hitting their three balls when we were late on our rotation. Real credit to Ottoville.”

“We were just trying to limit their good players,” stated Tinora senior Evan Willitzer. “14 (Josh Thorbahn) is a good shooter and he can drive the ball, so we were just trying to help in on him everytime he got the ball. Number 5 (Ryan Suever) is a good post player, so everytime he caught the ball in the post, we wanted to double him. Just tried to limit their good players.”

Tinora chipped things down to a nine-point game with a 6-0 third-quarter run and trailed 41-30 entering the fourth and final quarter but an 11-0 run, kick-started by a Joseph Miller 3-pointer secured the game for the Big Green.

“We made some mistakes that we don’t usually make which led to a couple transition baskets for them,” added Wayne. “Then we got back to offensive execution and were able to real it back to nine. We had a good look at a three and missed it. Just proud of our kids, we were very vanilla offensively with tournament coming up next Wednesday, so we didn’t show our playbook. So it’s a real credit to our kids for keep battling with a very vanilla offense.”

“It means a lot,” stated Thorbahn. “I’d rather have balanced scoring than have one person score so much and nobody else. Nobody on our team has scored more than 20 points individually in any game this year, and that was a plus. Our last game, we scored 86 points and nobody had over 15, so if you can have that, it helps a lot because you get the ball moving and you know you have four other guys that can be weapons for you.”

Tinora senior Evan Willitzer, the only senior on the team, closed out the scoring for the Rams with 1:48 left in the game on two made free throws to make the score 54-33 in favor of Ottoville.

Ottoville’s Caden Edelbrock scored the last two points ever at Alan R. Moore Gymnasium with a pair of freebies with less than 30 seconds left in the game. With both teams’ backups in, Tinora tried to add one more basket with six seconds left, but the attempt was blocked and rebounded by Ottoville’s Kaiden Trentman to end the game.

“It was a really emotional night for me,” added Willitzer. “I just tried to play for these alumni and all the people that came before me, but I didn’t play that good of a game. But I left it all out there on the floor and I guess I can live with that.”

Ottoville will play Wayne Trace on Friday to end the regular season while Tinora will look ahead to the Division III postseason and a first-round matchup with Mount Blanchard Riverdale at Miller City on Wednesday, Feb. 26 at 8 p.m.