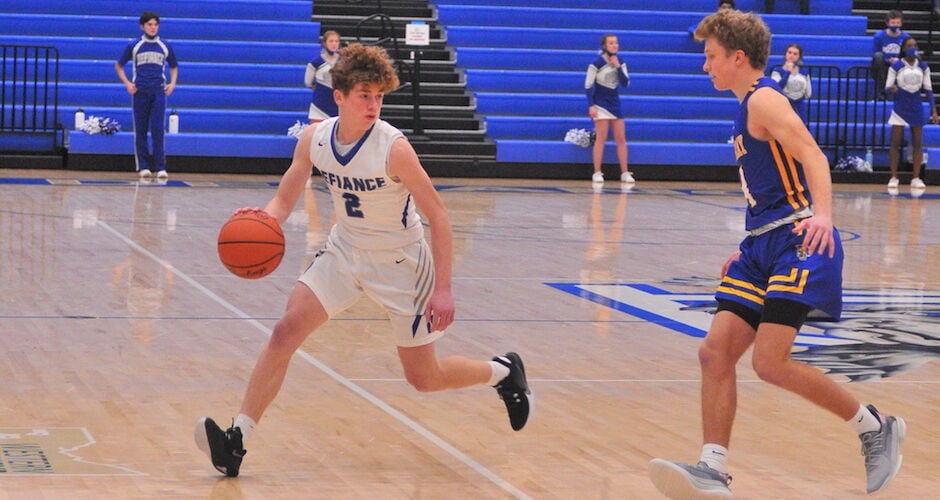 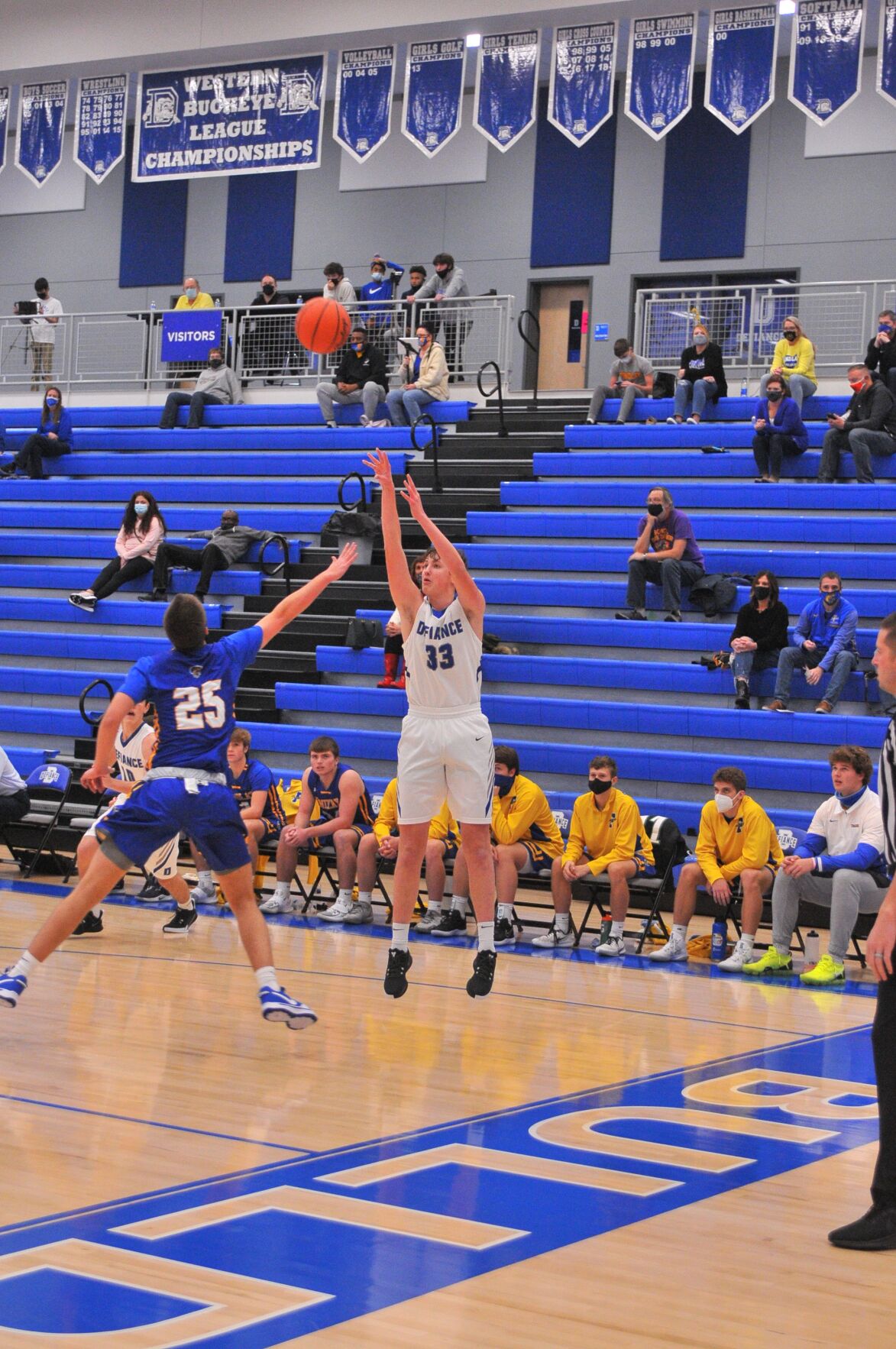 With a new season, more experience and the confidence of a better-than-expected campaign in 2020-21, Defiance brings some confidence into the 2021-22 edition of Bulldog boys hoops as the regular season tips off with a weekend doubleheader of action.

Hancock County will be the featured contributor in both Friday and Saturday’s season opener for Defiance, which finished 15-9 and earned a sectional title last year in Bryn Lehman’s first year as head coach.

As with last year, Findlay High School will be the opponent for the Bulldogs’ first contest, a matchup that has been owned by the Trojans (47-23 Findlay advantage) but won by Defiance last year 51-41 in Lehman’s first game as head coach. Saturday will see the third all-time meeting between Defiance and Liberty-Benton as DHS leads that series 2-0, including a 61-47 win at L-B a year ago.

“Some coaches may view the beginning of the year as a way to gain some footing and confidence but we’re jumping straight in, it was the same thing last year,” said Lehman of the challenging duo of contests to open the year. “These first two games, they’re both extremely well-coached teams. They’ve got things established and they get their kids to play hard every single night.”

Defiance turned some heads last season when a promising Findlay team visited “The Dawg Pound” to open the year and were dealt a 51-41 defeat by a DHS team replacing two 1,000-point scorers and starting four sophomores.

The Bulldogs won’t have the luxury of sneaking up on the Trojans this time following last year’s victory that saw Defiance hit 15-of-17 free throws and out-rebound Findlay 34-27.

“At the end of the day it does help because we know we’ve done it”, said Lehman of the experience against last year’s Trojan squad, which finished 17-4 as a D-I district runner-up a year ago. “They’re going to be really good. I think this year, they’re probably going to be more balanced and more of a team effort. They do have a superstar kid in Max Roth but they’re balanced and have five, six guys that can score, defend and handle the basketball.”

However, athletic senior and four-year starter Max Roth (6-1, 13.5 ppg, 2.8 apg, 2.8 spg), a second team all-TRAC and honorable mention all-Ohio performer last year, does return after committing to the University of Findlay, along with senior Justin Roth (honorable mention all-TRAC, 2.3 ppg) and some size in the paint in Division I football recruit Luke Montgomery (Jr., 6-5, 260), who did not play in last year’s meeting.

6-6 wing Brock Makrancy is back after hitting 43 percent from outside the arc and averaging 8.3 ppg, along with 3.3 ppg from senior guard Terrion Ross. The Trojans have size across the board with 6-9, 287-pound senior Rahzik ‘Zeke’ Crutcher back on the hardwood after last playing as a freshman, the Trojans’ roster is plenty formidable.

“One thing I think they do well offensively is execute,” said Lehman of Friday’s opponent. “They have that system in place and every Findlay kid knows it like the back of their hand. They’re going to take high-percentage shots and they’re going to be physical.”

Building depth behind that group will be key with senior sharpshooter Joe Lammers sidelined with a foot injury.

“Where they have the advantage over us is in their athleticism and their physicality,” Lehman cited as areas of focus against the Trojans. “It’s going to be two teams that play very hard defensively. Obviously, neither of us have played a game yet so we’re not sure what we’ll get offensively but it’s going to be a battle.”

Much like Findlay, an early-season setback to Defiance did not derail the season for L-B as the team rebounded to finish 11-10 on the year with an 8-2 record in the Blanchard Valley Conference to share the league crown with Riverdale.

“Similarly to Findlay, I think L-B’s going to be a lot more team-oriented and I think they’re going to play with a huge chip on their shoulder,” said Lehman of Saturday’s foe. “They’ve got guys that don’t have a ton of experience, maybe two guys with a lot of varsity experience but that doesn’t mean a lot. Look at us, we went into the season last year with a lot of new guys and we were able to get a win over at their place.”

Defiance seized control early in last year’s road win over L-B, staking out a 22-point lead in the third quarter and shaking off an L-B comeback attempt to seal a 61-47 win.

Four players reached double figures for the Bulldogs in that win, including 11 points from Schlatter and 10 each from Jimenez and Shaw, while the Defiance defense forced a dozen Eagle turnovers.

“I want to see us come out in each game with motivation and physicality,” said Lehman of what he hopes to see from the weekend. “In both games we need to match the intensity of the opposing teams, that’s something we haven’t done in our scrimmages so far outside of the (Toledo) St. Francis scrimmage. We need to compete and be tough, both mentally and physically.”

Defiance will return for a pair of tilts on home hardwood on Dec. 3-4 against Paulding and Rossford, respectively, as part of a five-game homestand from Nov. 27-Dec. 11.