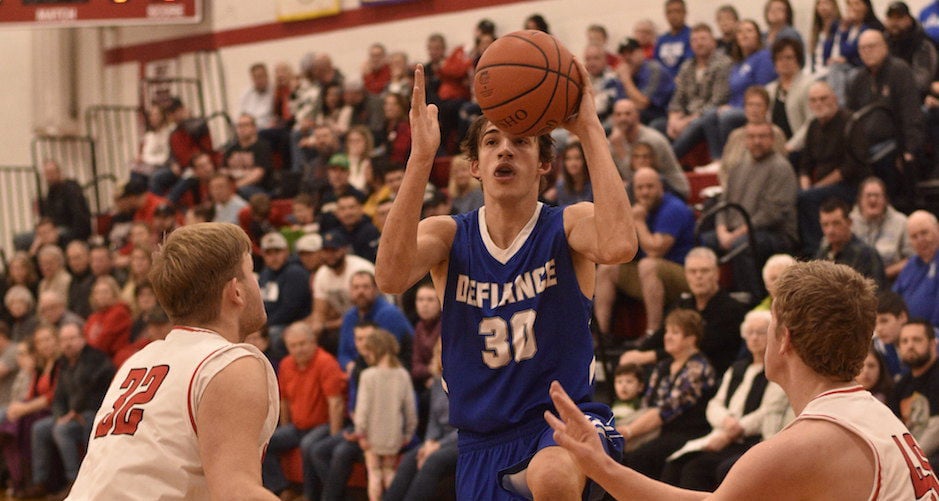 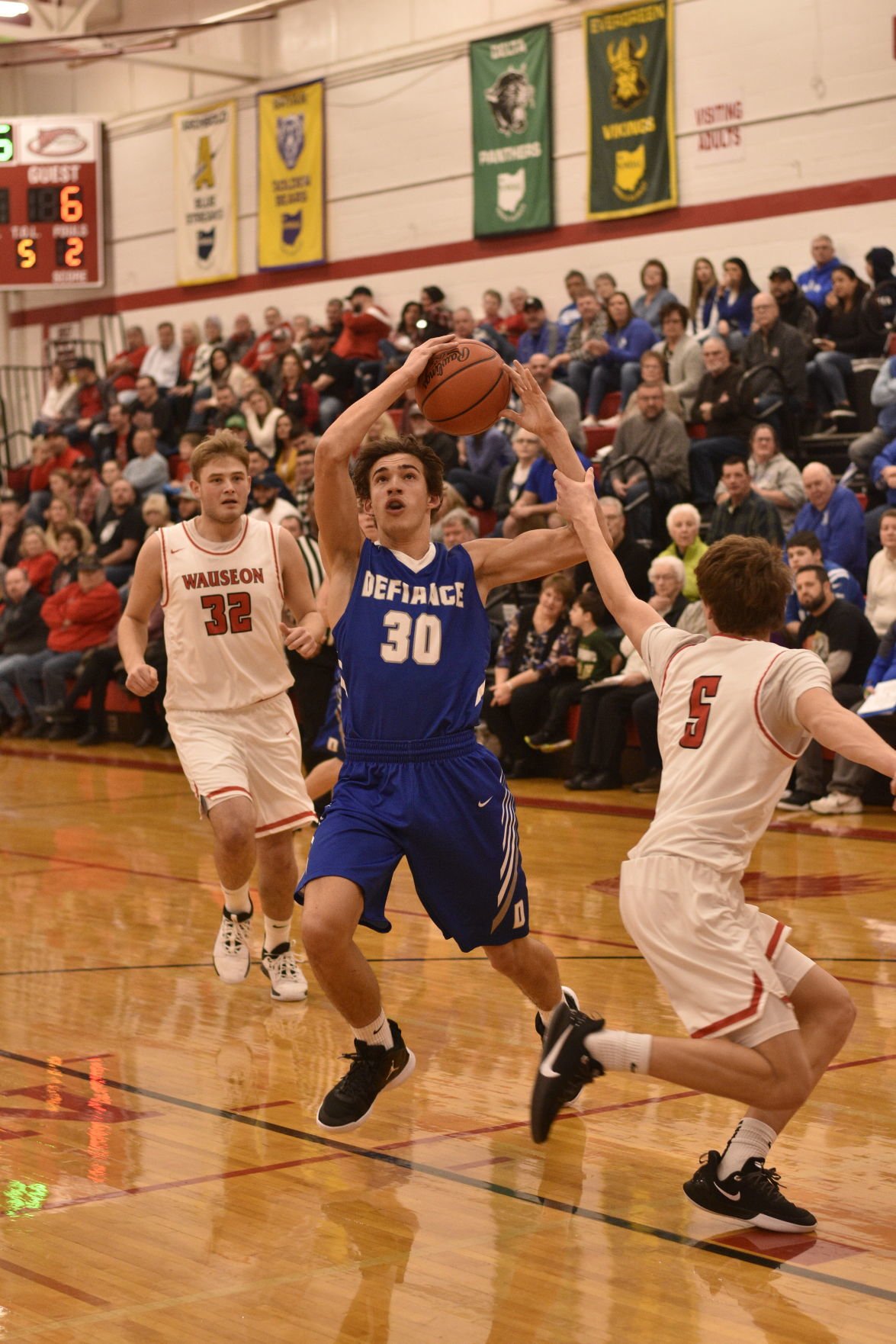 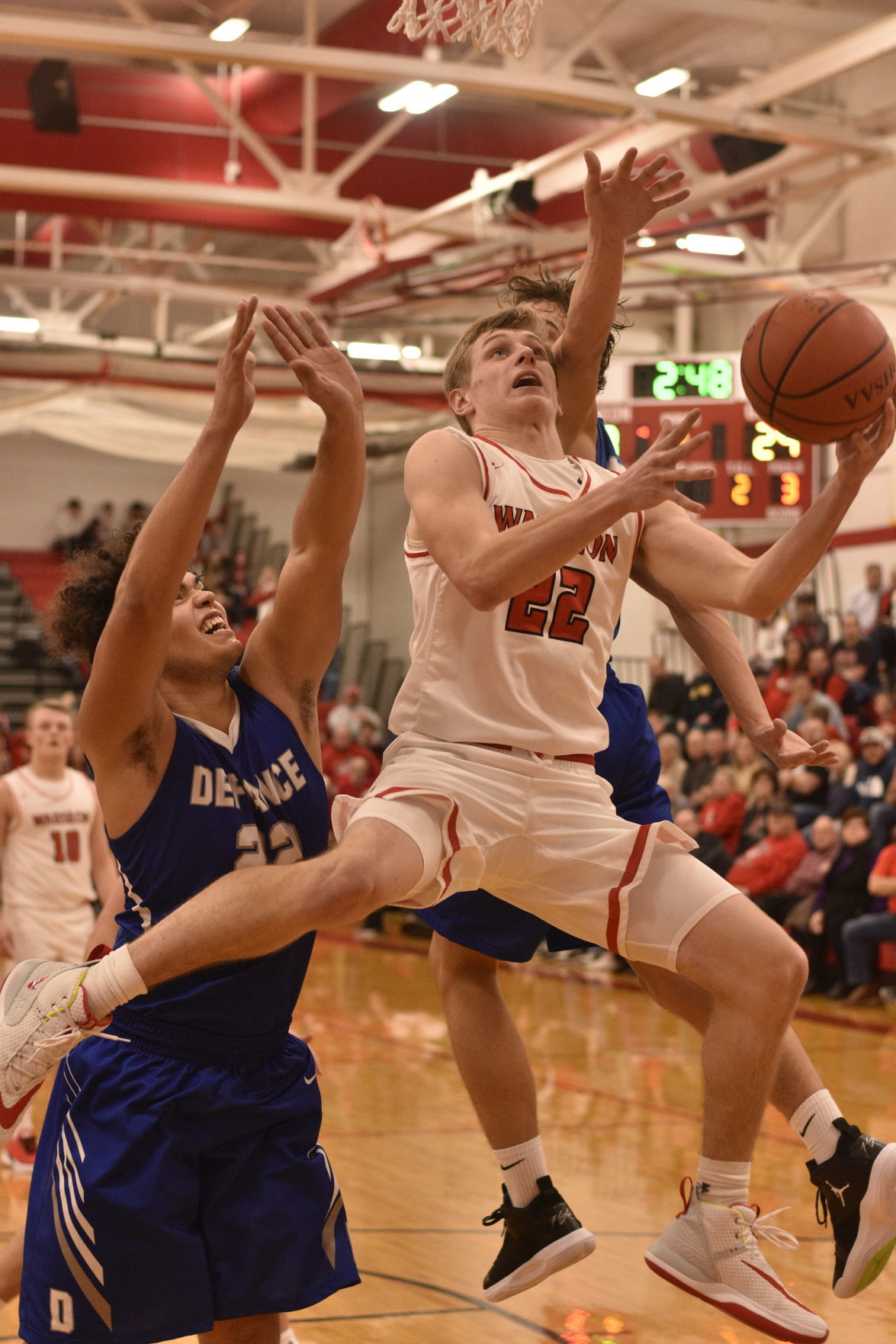 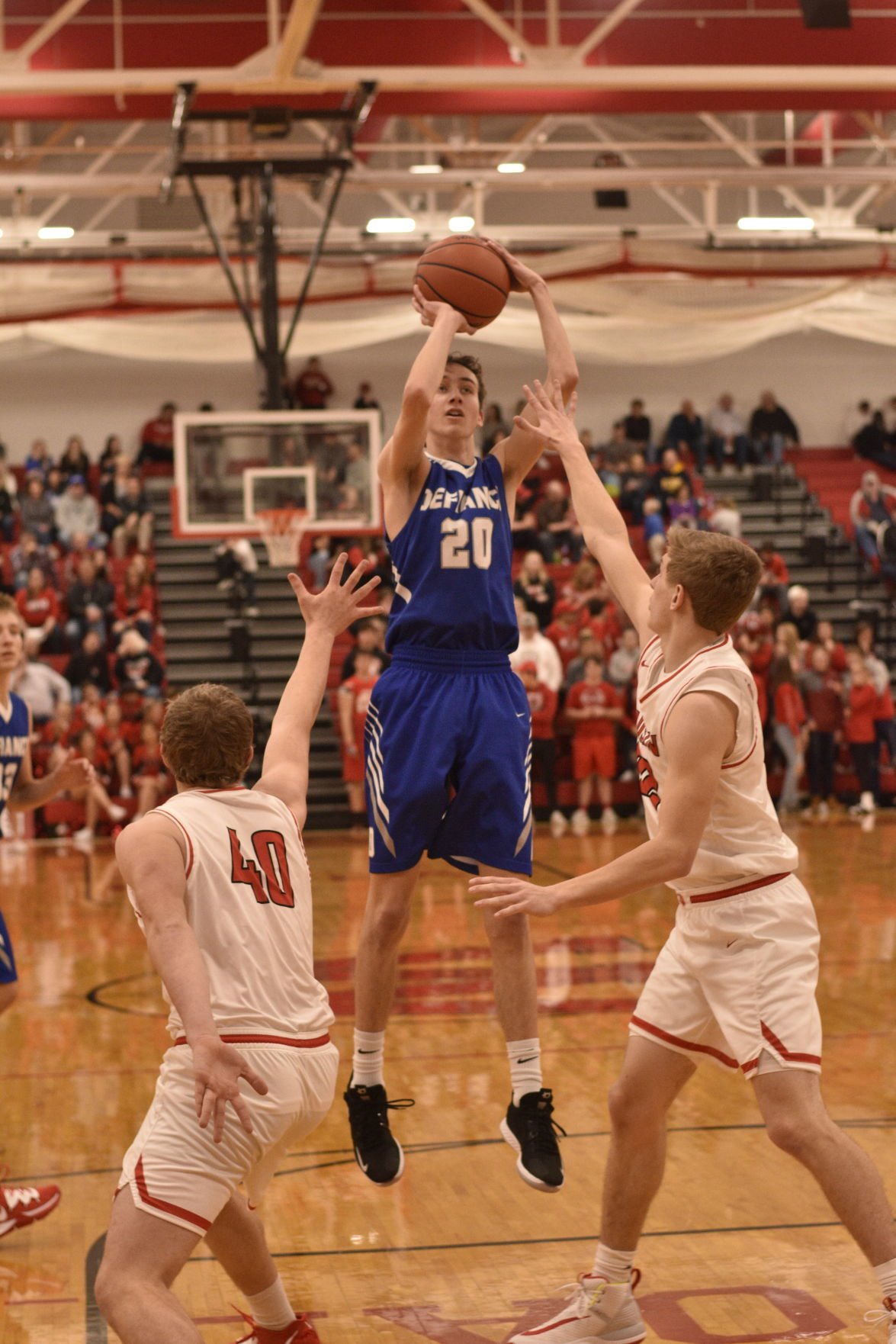 WAUSEON — One night removed from falling short late in a game against Kenton, Defiance came out and put the clamps on Wauseon in the second half – holding the Indians to four points – in a 32-29 win by the Bulldogs where they needed to rally from 10 points down.

The comeback was a slow and methodical one by Defiance. Trailing 25-15 at the break, Tyrel Goings started the half with a score on the opening possession. The rest of the half did not play out in the same fashion. Caden Kline split a pair of free throws and Goings found a rhythm, scoring twice nearly a minute apart, to cut the lead down to 25-22 with 3:06 left in the period.

The clock ran down to the 1:27 mark before the next score, two free throws from Wauseon’s Sean Brock. It would be the only points the Indians scored in the period.

“I thought we had some good looks, but we just weren’t able to convert,” said Wauseon coach Chad Burt. “I think their length bothered us a little bit.”

Defiance was able to come up with a couple more scores before the period ended to tie the game. CJ Zachrich hit a jumper from the elbow and Jack Vander Horst drilled a corner trey with 21 seconds left to tie the game at 27.

Wauseon found an answer for the Defiance zone when Brock stepped into the lane and scored, but that would be the final points the Indians would muster the rest of the night. Goings, who scored all eight of his points in the second half, tied the game with a score at the 6:09 mark.

Once again, the defense of both teams took control. For Wauseon, it was forcing Defiance into six turnovers in the final period. For the Bulldogs, it was holding the Indians to one made shot the entire second half.

“The second half was rough both ways,” mentioned Burt. “Both teams played very hard and both teams got after each other. Unfortunately, we didn’t make some shots down the stretch. Give credit to them.”

Finally, with 2:32 left in the game, someone was able to break through. Jacob Hutcheson was able to come off a screen at the top of the key and hit a jumper to put Defiance in front 31-29.

Wauseon had chances, but couldn’t come up with a score. Off a miss with 21.9 seconds left, Will Lammers was fouled and he added the final point when he made the front end of a one-and-one.

The Indians had a couple looks in the final seconds, but again could not get a shot to fall.

“You have to give them credit, they defended well,” said Burt. “We had some looks. Our kids played hard tonight. The effort was there, it was just a struggle on the offensive end.”

Wauseon raced out to a 12-2 lead thanks to an early 10-0 run. Defiance cut the lead in half, but again Wauseon — and Brock particularly — stretched the lead back out to double digits. Brock had six points in an 8-0 run by the Indians to give them a 24-11 lead with 1:36 left in the half.

Brock finished with 15 points — 11 in the first half — and tallied the final 10 points the Indians scored in the game.

“I thought our guards, and even our wings, were a little more aware of who was on their side,” said Lehman. “If Noah Tester was on their side, they had to cheat to the perimeter. If not, we wanted a double team in the paint and have the big guys give the basketball up.”

Defiance employed a 2-3 zone that gave the Indians fits.

“We had seen Archbold had some success against Wauseon a little bit on Thursday night,” explained Lehman. “We’ve got some length and we thought we could get things covered on the perimeter enough and keep it packed in so they couldn’t get many lay-ups, but that didn’t work in the first half. Give our kids credit, they did a great job of shoring that up in the second half.”

Defiance (6-4) gets back to WBL play Friday when the Bulldogs host Elida. Wauseon (7-4) hosts Perrysburg Tuesday. Before the game, Wauseon inducted its latest class into the Athletic Hall of Fame.