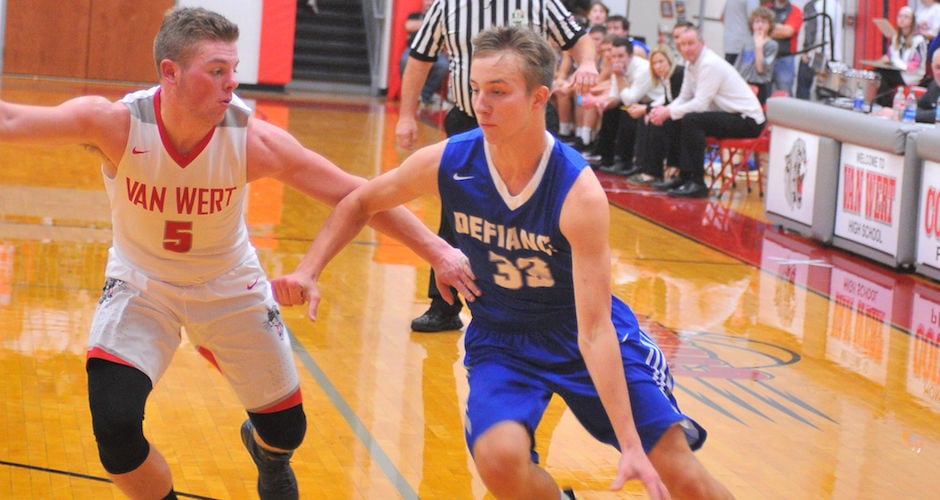 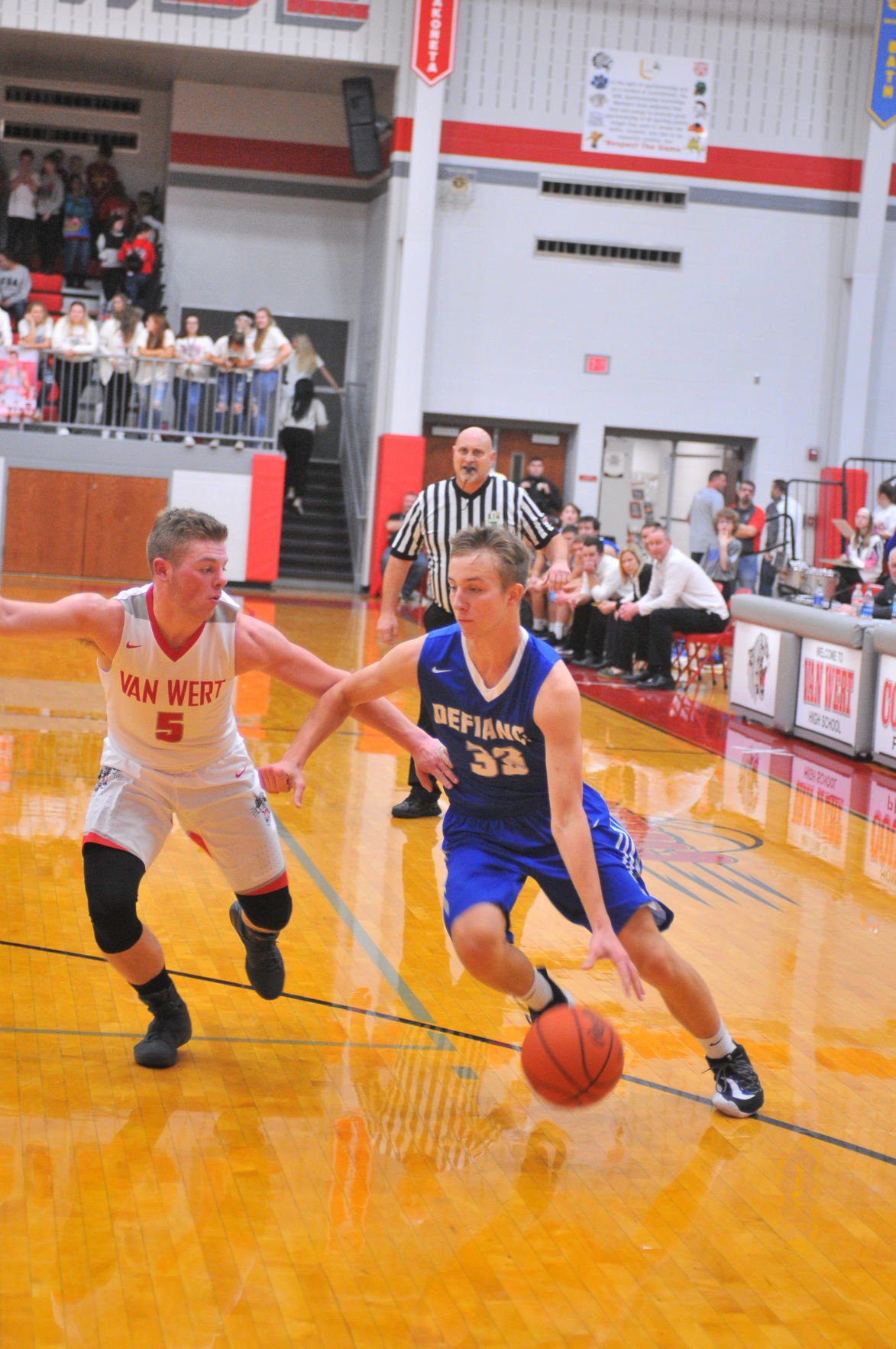 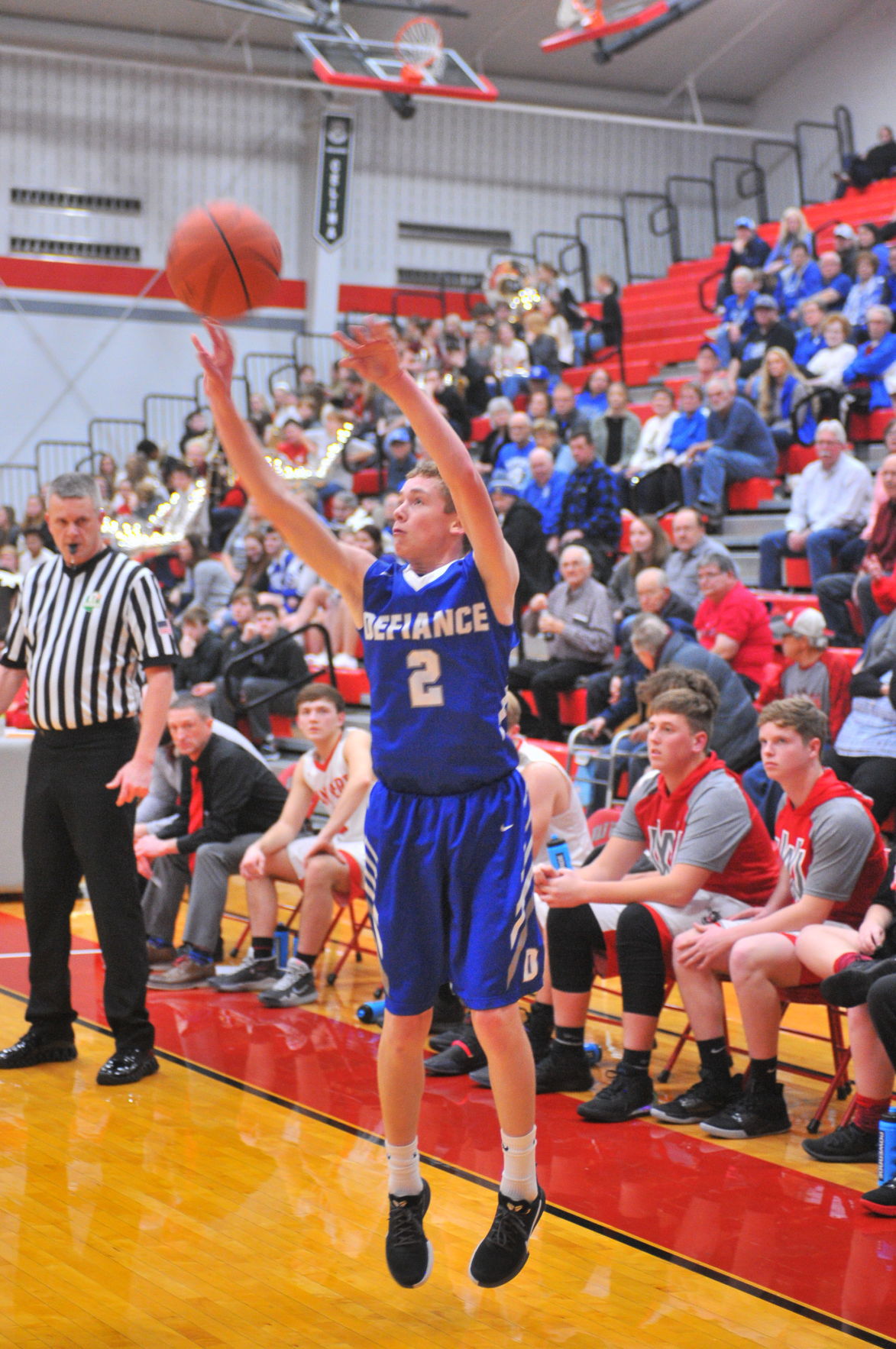 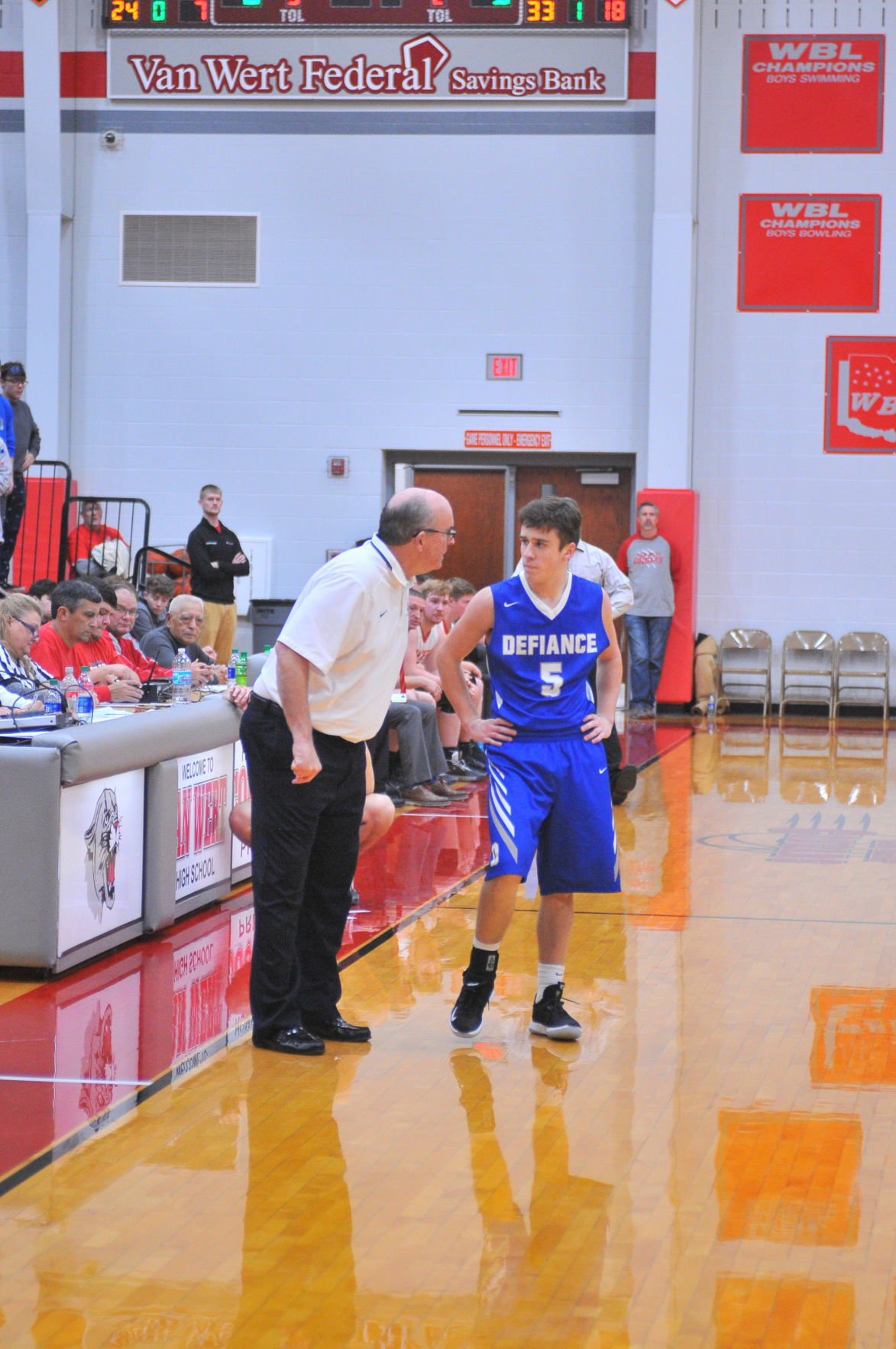 VAN WERT — Defiance clamped down defensively on Friday evening as the Bulldogs held Van Wert to just 41 points in a double-digit win in both teams’ Western Buckeye League opener, 51-41.

Will Lammers struck fire early for the Bulldogs (3-1, 1-0 WBL), scoring 10 of the team’s 13 first-quarter points and finishing with a game-high 16 in the league lidlifter. Defiance ripped off a 13-2 lead in the first period alone, though the host Cougars cut the deficit to five points after one quarter and just three points at the halftime break.

Van Wert even saw a lead on its side of the scoreboard early in the third stanza, converting a pair of buckets to take a 25-24 lead. The Bulldogs then exploded for a 11-0 run to seize control and Van Wert got only as close as five points the rest of the way.

“It’s a shot in the arm because it’s a road win in the league,” said Defiance coach Kirk Lehman of the league opening win against a squad that knocked the Bulldogs off twice a season ago. “We felt like we could win the game but you go to a place like Van Wert where you know they’re going to play hard. You want to go out and be able to steal one on the road.”

Things did get a little dicey near the midway point of the fourth period as four straight missed free throws kept Van Wert alive with just a five-point deficit to deal with.

However, the fourth missed freebie ended up in the hands of Defiance for an offensive rebound and then out to senior guard Jack Vander Horst, who drained a clutch 3-pointer to keep the Cougars at bay.

Vander Horst chipped in 11 markers for the Bulldogs, which will host Bryan in a rivalry clash at “The Dawg Pound” tonight.

“That was a huge play for us,” said Lehman. “Give Will credit for battling for the rebound, for Caden (Kline) for tipping it out and to Jack for knocking down that shot.

“When you get to the point where you’re not playing well, someone’s got to step up and make a play. I thought we showed some toughness which was tremendous to see.”

The Cougars struggled from the field in the loss, shooting just 17-of-52 from the field and a frigid 3-of-15 from the perimeter. The Bulldogs’ defensive clampdown extended to Van Wert star guard Owen Treece. The Cougar scorer, averaging 28.7 points through the team’s first three contests, was held to 13 on the night.