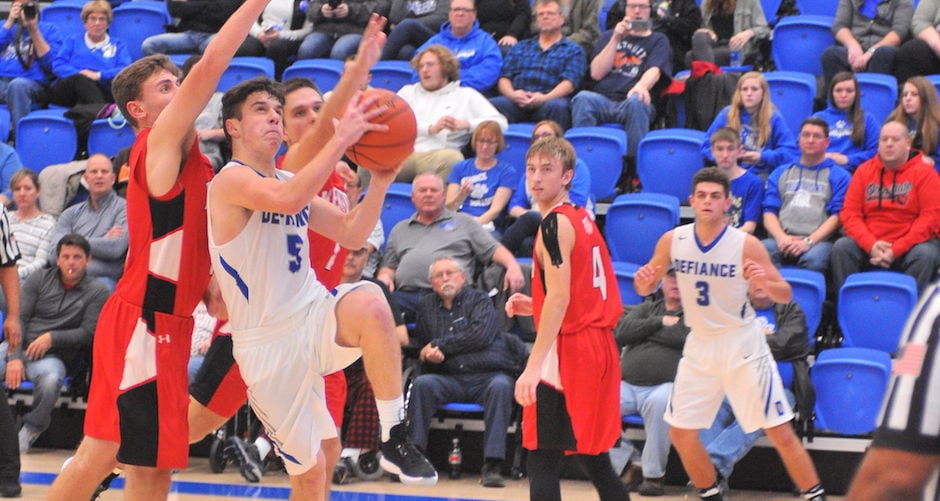 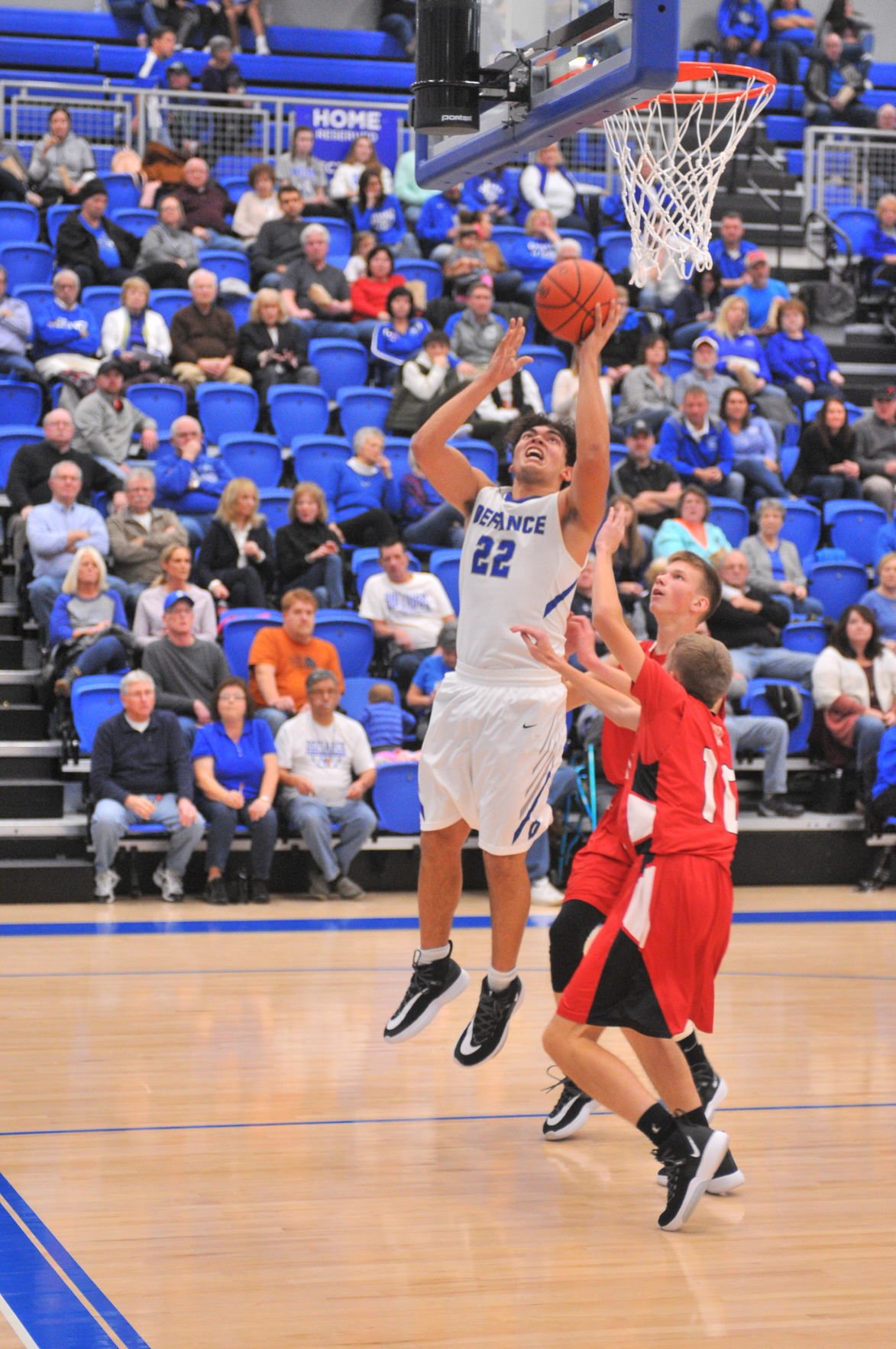 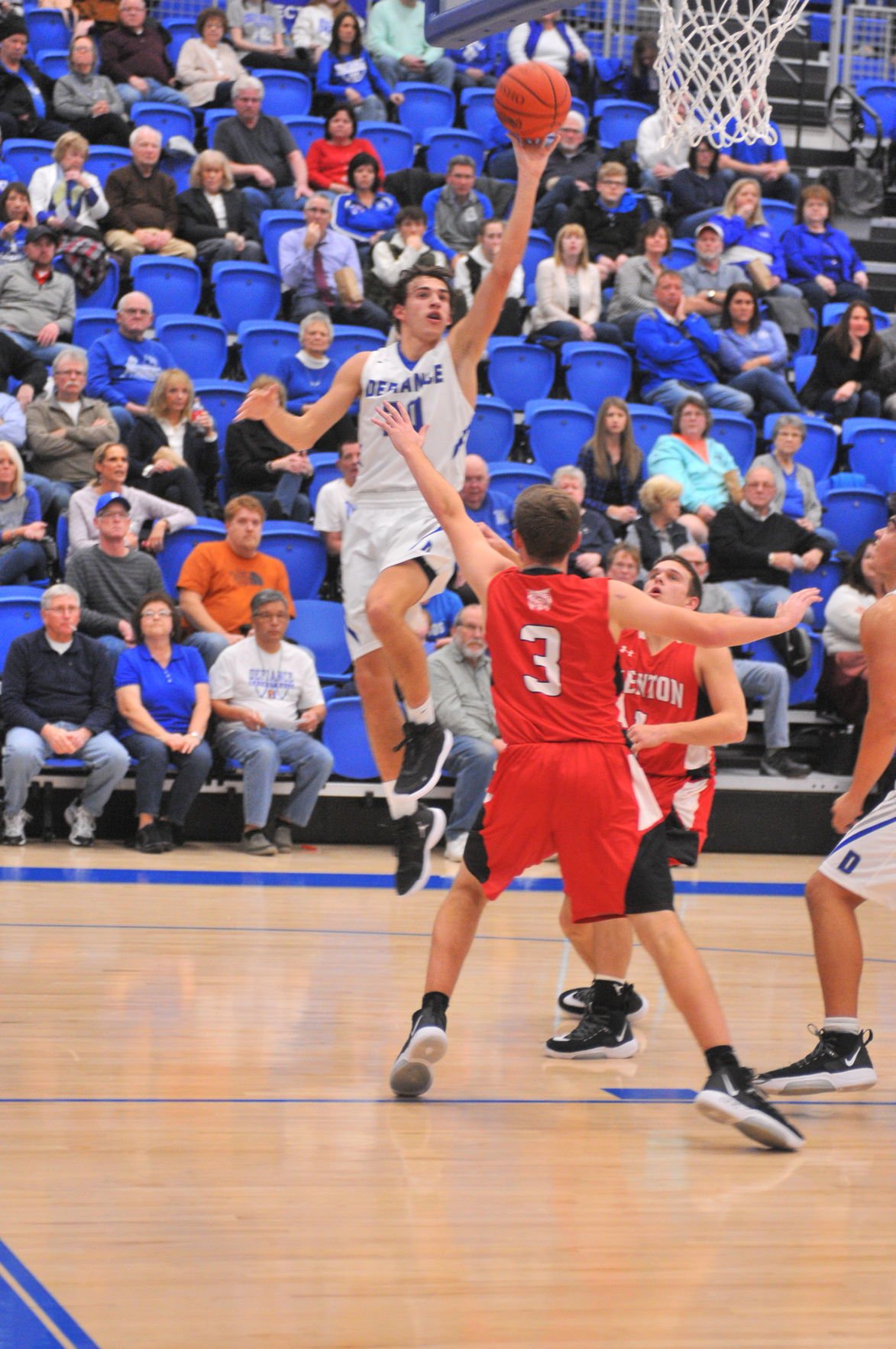 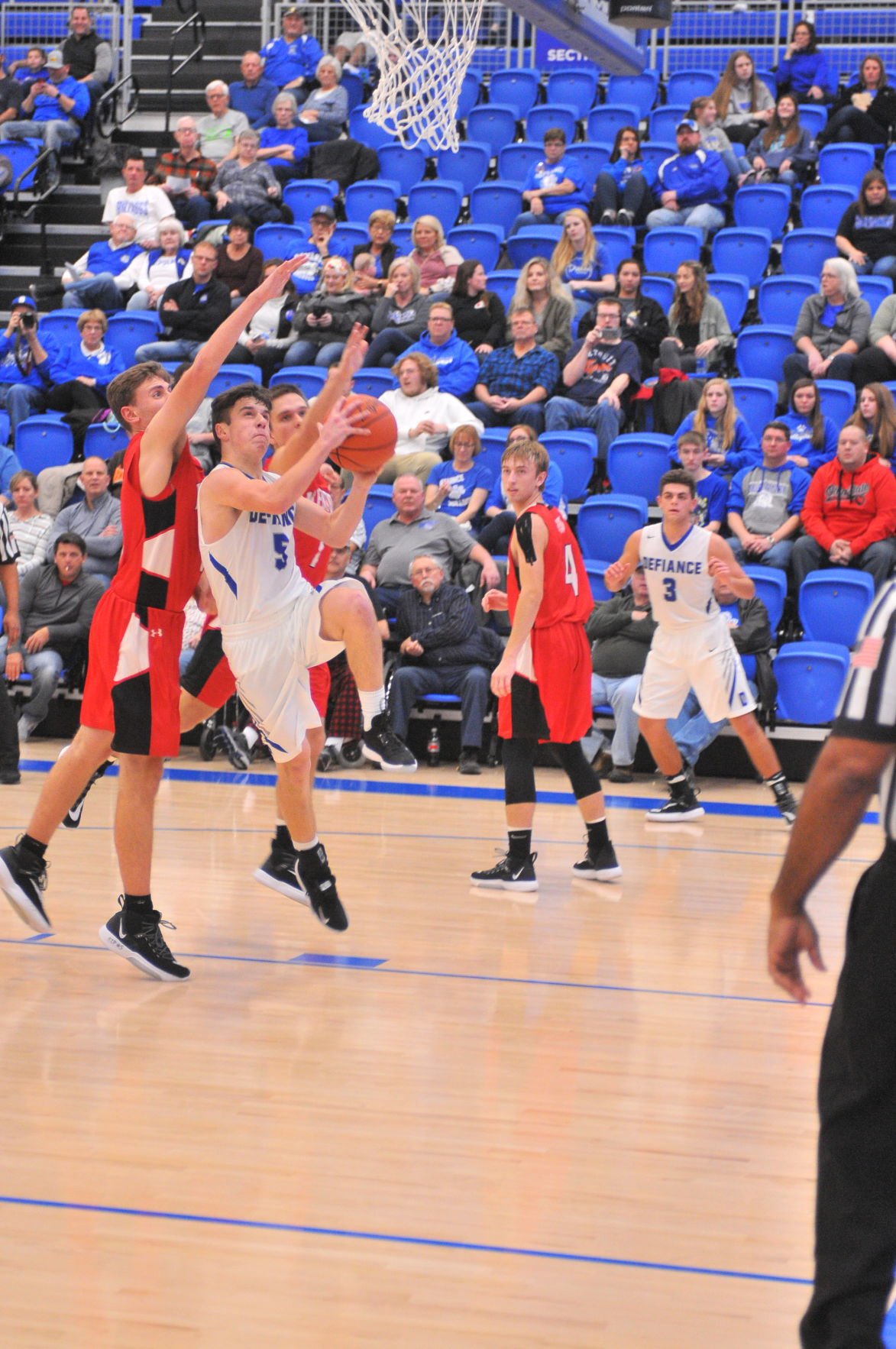 Friday’s Western Buckeye League contest at “The Dawg Pound” was a key opportunity for Defiance to build on a solid start to 2020 with Kenton in town, a team the Bulldogs had beaten eight straight times.

That opportunity was squandered, however, as the visiting Wildcats ripped off a 7-0 run in the final minutes to pull away and knock off Defiance 48-39 at home.

The win keeps the Wildcats perfect in WBL contests at 3-0 and 8-4 overall while Defiance dropped its second league clash in three tries and fell to 5-4 (1-2 WBL) in the squad’s second-lowest scoring output of the season.

The loss overshadowed an outstanding 22-point, 15-rebound effort from senior Tyrel Goings and a commanding 34-22 advantage on the glass for Defiance.

“We just didn’t get in the flow offensively all night long and credit (Kenton’s) defense,” said Defiance coach Kirk Lehman. “They played pretty hard and I thought defensively right there. It was a one-point game, we just couldn’t get out of our way offensively.”

Defiance entered the final stanza down just one point at 31-30 and finally broke through for only its second lead of the night on a pair of Will Lammers free throws with 7:05 left in regulation. The two squads traided points for the ensuing three minutes as a Goings layup was followed by a clutch corner trey from senior Bryce Ellis that put Kenton up 38-34 with 4:18 left. Defiance answered back with another pair of freebies from Lammers, keeping the ‘Dogs right back in it at 38-36.

From then on, however, the lid shut on the Bulldogs’ winning efforts.

After a missed Defiance trey, 6-3 senior Trey Jeffries lined up a corner trey that was nothing but net, putting Kenton up five. Aided by back-to-back DHS turnovers, point guard Jayden Cornell and forward Jacob Eversole each hit key buckets that turned a five-point hole into a nine-point chasm with 1:35 to go.

A trey from Zachrich with 10 seconds to go was the only bucket keeping Defiance from an 0-fer over the final five minutes in a disappointing finish following the Bulldogs’ convincing win over Napoleon a week earlier.

“I think it comes down with our experience and us being battle-tested,” said Kenton mentor Matt McCullough. “The guys stepped up, made some big shots and we got some big defensive stops when we needed them.

“We wanted to limit both Goings and Lammers. Goings has just had his way with us the last three years and he had another good game tonight but our defense on Lammers was excellent and we did a good job of taking him out of his comfort zone.”

Aside from Kenton’s late run and an early 10-2 Kenton lead, the game was played in a narrow margin the entire way. Following a corner trey in the first period from Caden Bolling, Defiance clawed back with a pair of buckets from Goings to make it 10-6 after one period.

In the second, two buckets from Goings, a runner from Caden Kline and a triple from CJ Zachrich brought the Bulldogs even at 15 and kept the team in it heading into the half down 23-19.

“Defensively we had pretty good effort and I thought we rebounded pretty decent at times,” explained Lehman. “Offensively we just didn’t have good movement and togetherness ... our basket cuts and our movement have got to start getting better and for us to have more fluidness, that movement’s got to happen.”

Lammers finished with just six points on the night, half his season average, while Zachrich added eight.

“It’s always disappointing when you lose a home game but again Kenton came in and they played determined,” added Lehman, whose job gets no easier with a trip to Wauseon (7-3) tonight. “They played great defense and got after us. They were physical with us and we’ve just got to find a way of getting better.”