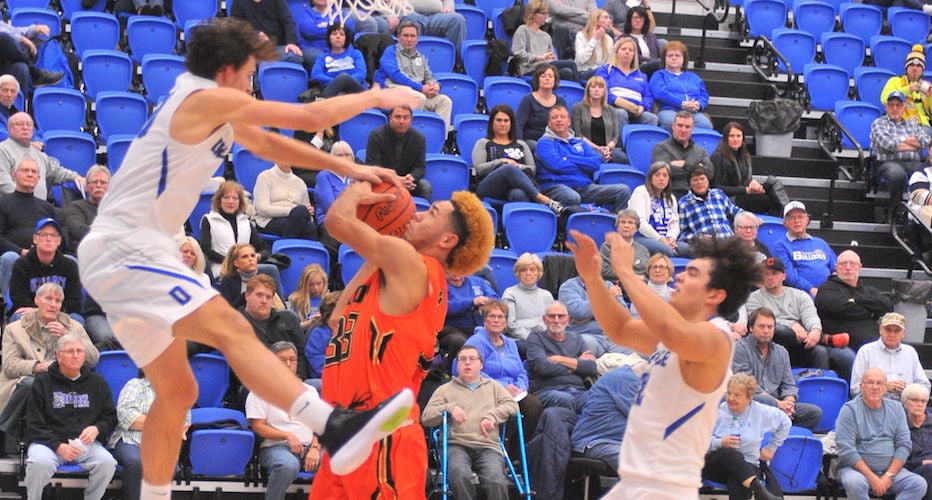 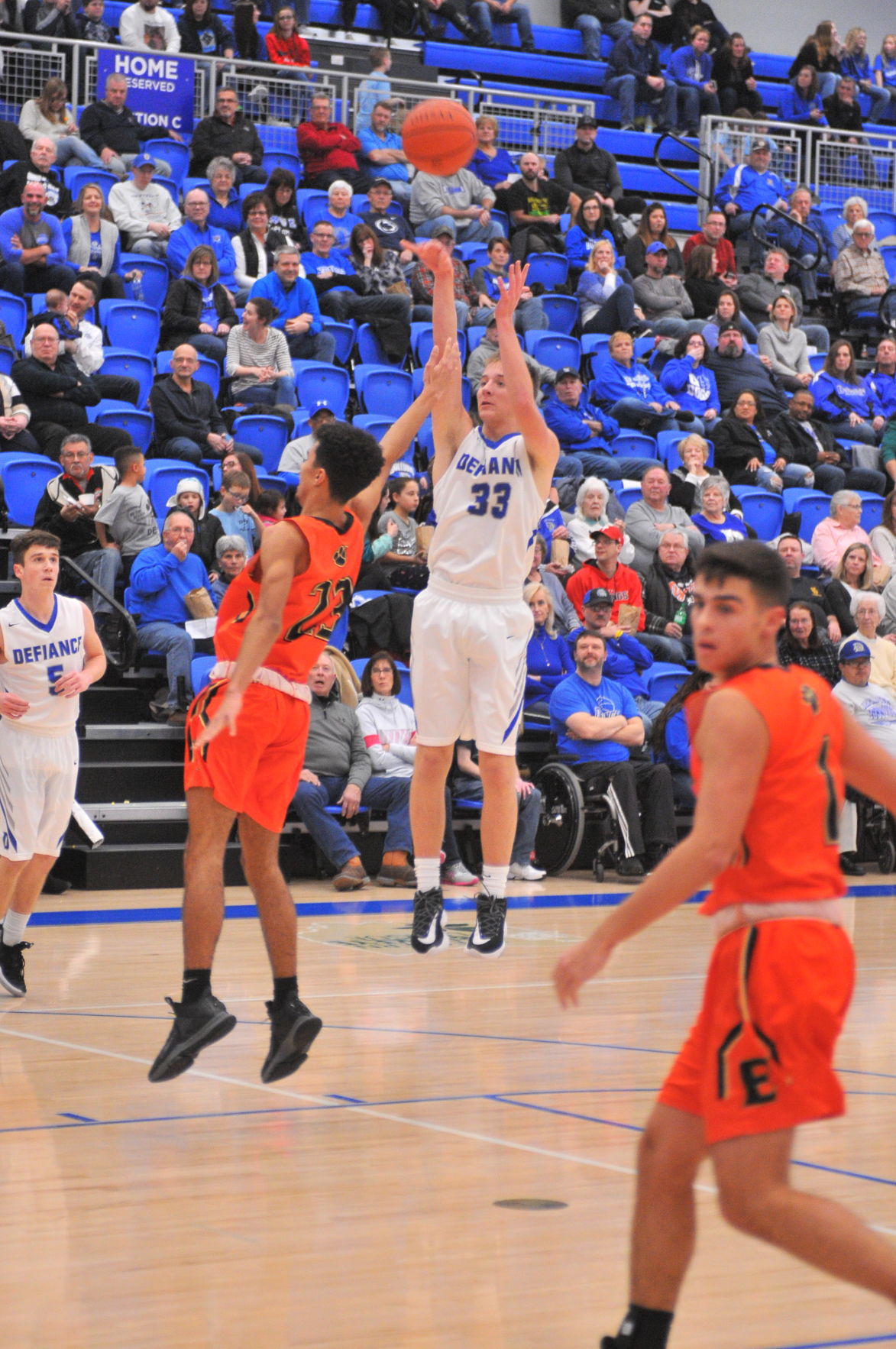 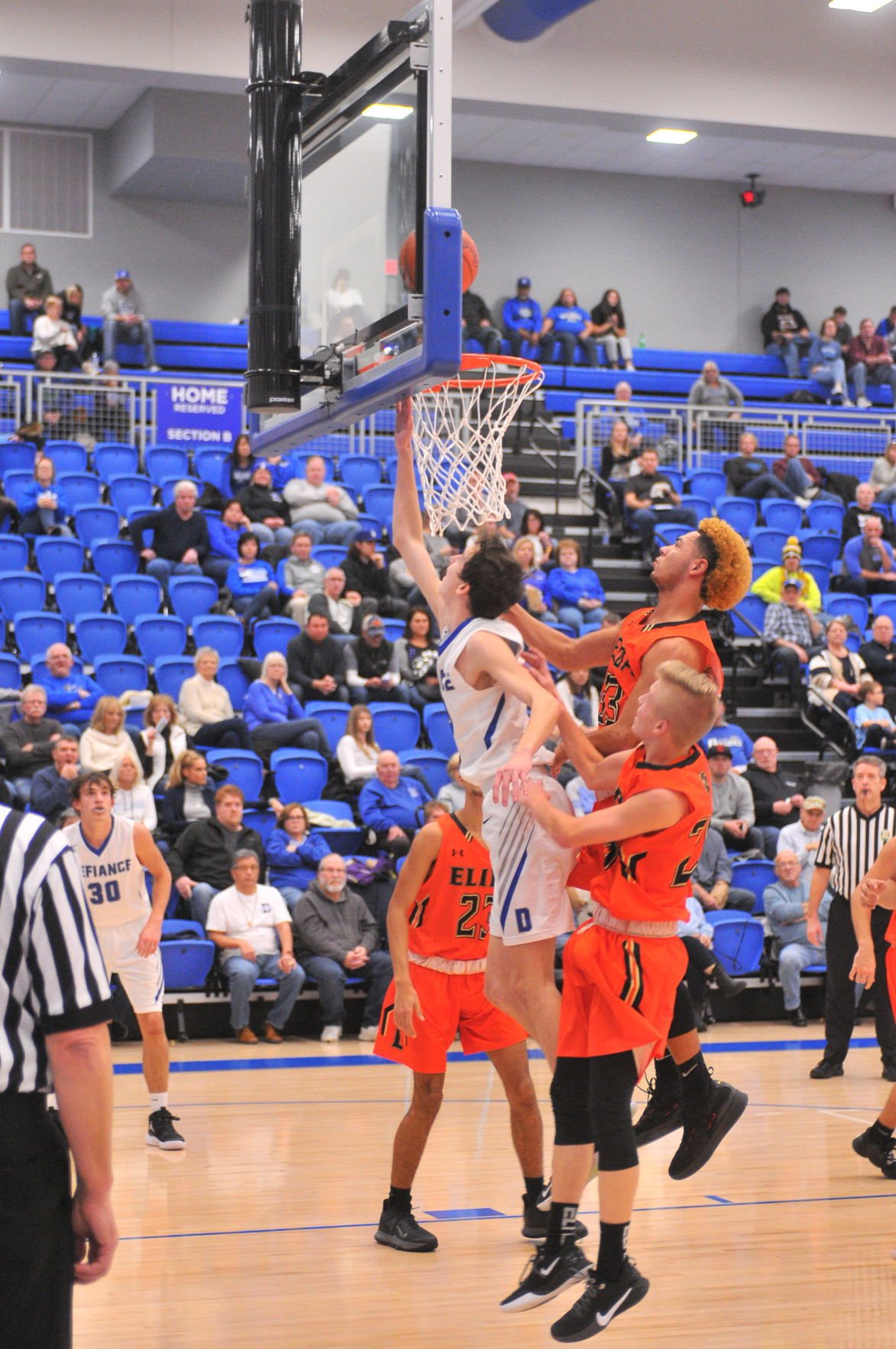 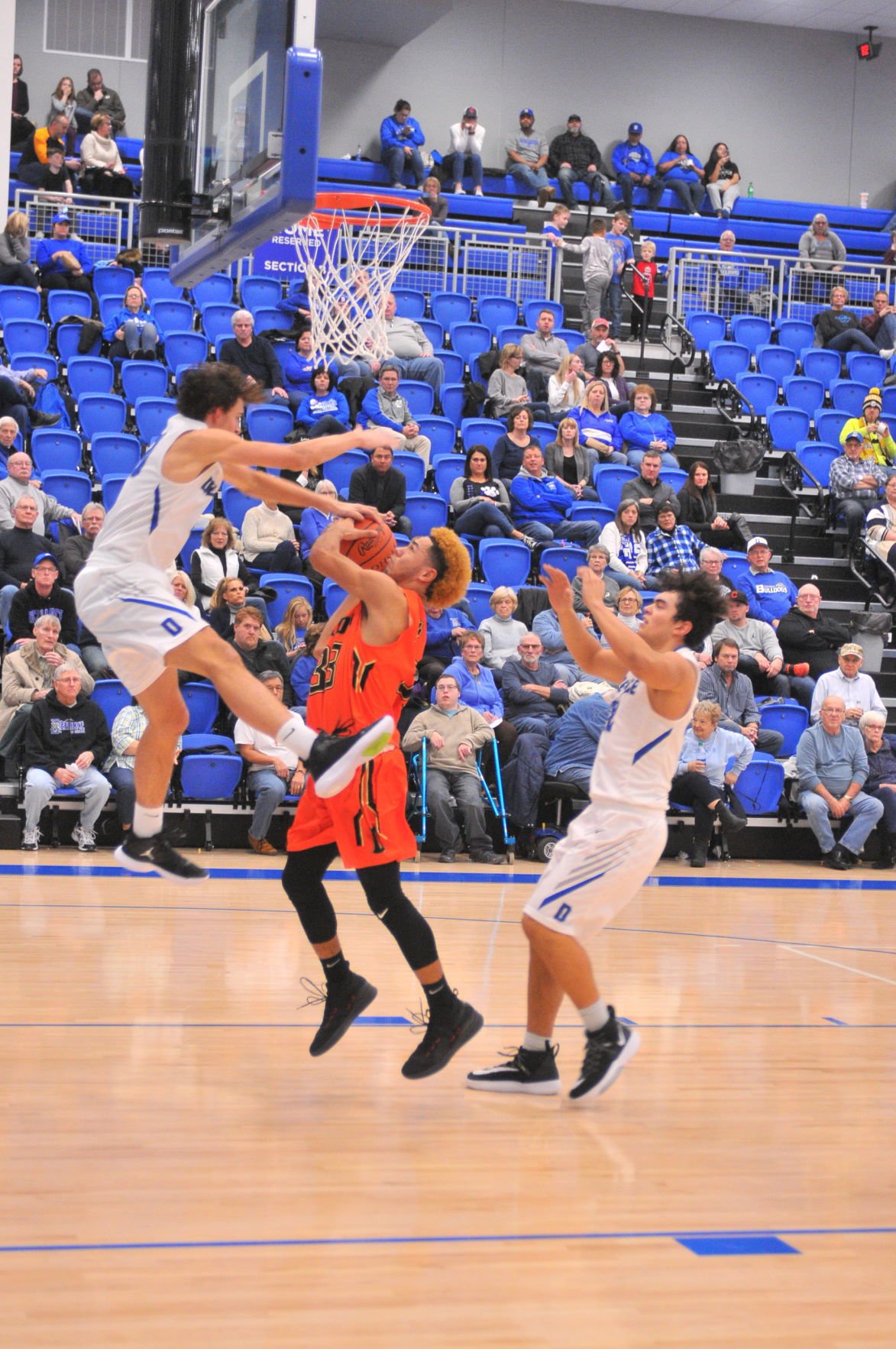 Heading into Friday’s Western Buckeye League tilt with Elida at “The Dawg Pound,” Defiance and head coach Kirk Lehman had searched for a contest with consistency in all the phases of the game and had come up wanting in recent weeks.

The Bulldogs found it against Elida.

The DHS offense picked up its aggressiveness with 19 buckets inside, the Bulldog defense stifled Elida to just 32 points and ice-cold shooting and Defiance owned the glass to the tune of a 39-25 advantage, all of which helped the hosts double up the visiting Bulldogs from Allen County, 64-32.

“I was really proud of the guys in the way they attacked things, both offensively and defensively, all night,” lauded Lehman, whose Bulldogs upped their season mark to 7-4 (2-2 WBL) with the win. “We moved the basketball a little better, we had good player movement and it opened up some driving lanes for us. We’ve started to get the ball inside really well to Tyrel (Goings) and I think that opens some things up.”

Goings recorded yet another double-double inside for Defiance with 13 points and 11 boards but it was the hot shooting of senior sniper Will Lammers that stole the show with a near season-high 24 points in the victory.

Known for his outside prowess, Lammers hit nine shots from inside the arc in the scoring outburst while snaring five boards.

Things went the host Bulldogs’ way early and often in the contest as Defiance came out hot with a stretch of six makes in nine attempts to turn a 2-0 ballgame into a commanding 16-2 lead late in the first period.

Seven points from Lammers, five from senior Jack Vander Horst and some aggressive plays from fellow senior Jacob Hutcheson helped build the lopsided lead on Elida (5-8, 1-3 WBL), which dropped its fifth straight and its third without leading scorer Ja’Quan Moore (17.7 ppg), out indefinitely with a health issue.

“That’s the second Friday in a row we’ve shot the ball very poorly and generally that’s the one thing we have the ability to do is shoot the basketball,” lamented Elida mentor Denny Thompson. “In our five wins we were shooting 48 percent from the three-point line, now obviously we’re not.

“Our kids can say they’re ready (to play without Moore) and they can talk the talk but right now we’re not walking the walk. There’s some time yet her, we’re gonna be OK but we’ve got some work to do.”

A last-second trey from senior guard Dylan Buetner cut the lead to 18-7 after one quarter but Elida got no closer than 12 points early in the second as Defiance rolled to a 33-12 halftime advantage. The visitors did get a jolt at the end of the half as senior Devon Barnett hit from the halfcourt stripe to create the margin at the break.

Lammers finished with 10 points in the first half and 14 in the second in the triumph for the Bulldogs, which marked the first back-to-back wins for Defiance since Dec. 13-14.

Junior C.J. Zachrich added a boost off the bench with a pair of treys and a 10-point night while Vander Horst added four made free throws in a nine-point effort.

“Any time you run four out and you run your motion that we like to run, you’ve got to be able (to be aggressive) and I think we’re getting better and better,” said Lehman. “Hopefully we can continue to improve because I think there’s some weapons there that we can do some things with. CJ Zachrich has started to shoot the basketball really well and Jack got to the line four times tonight. Will had a tremendous night and that’s good to see.”

Buetner finished with 14 points to pace Elida, which finished a frigid 11-of-43 (25.6 percent) from the field. Riley Creps hit a pair of 3-pointers and added eight markers.

Defiance will take to the road for the first of four straight visiting contests, starting with a trip to Sherwood Saturday for a matchup with 8-5 Fairview.

Added Lehman: “I think overall it was probably the most consistent that we’ve been at both ends and I thought our transition was really good as well.”