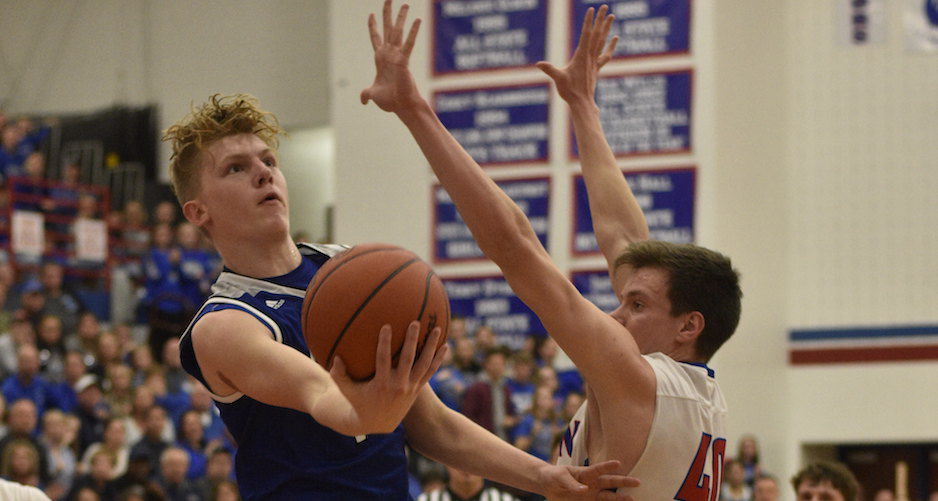 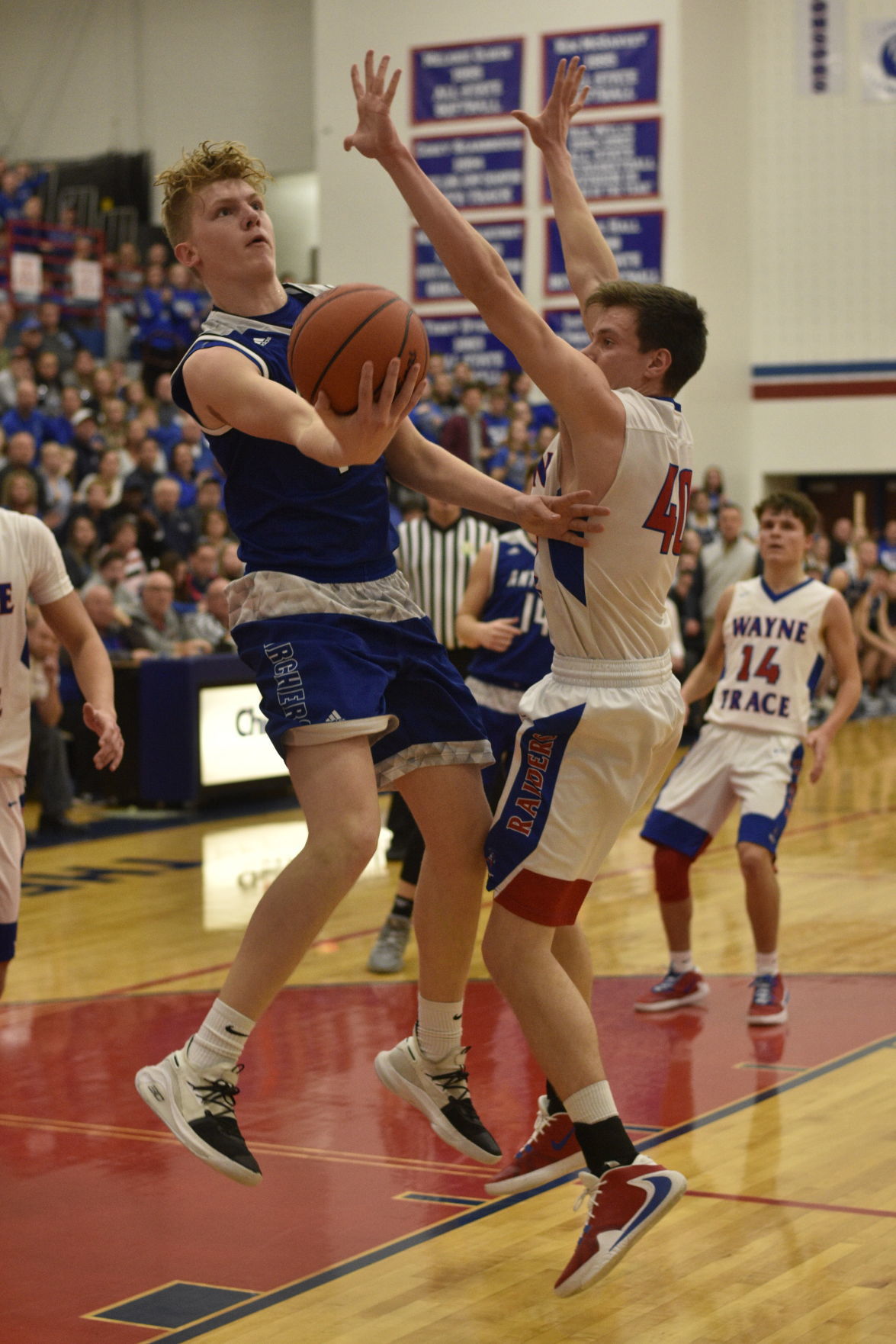 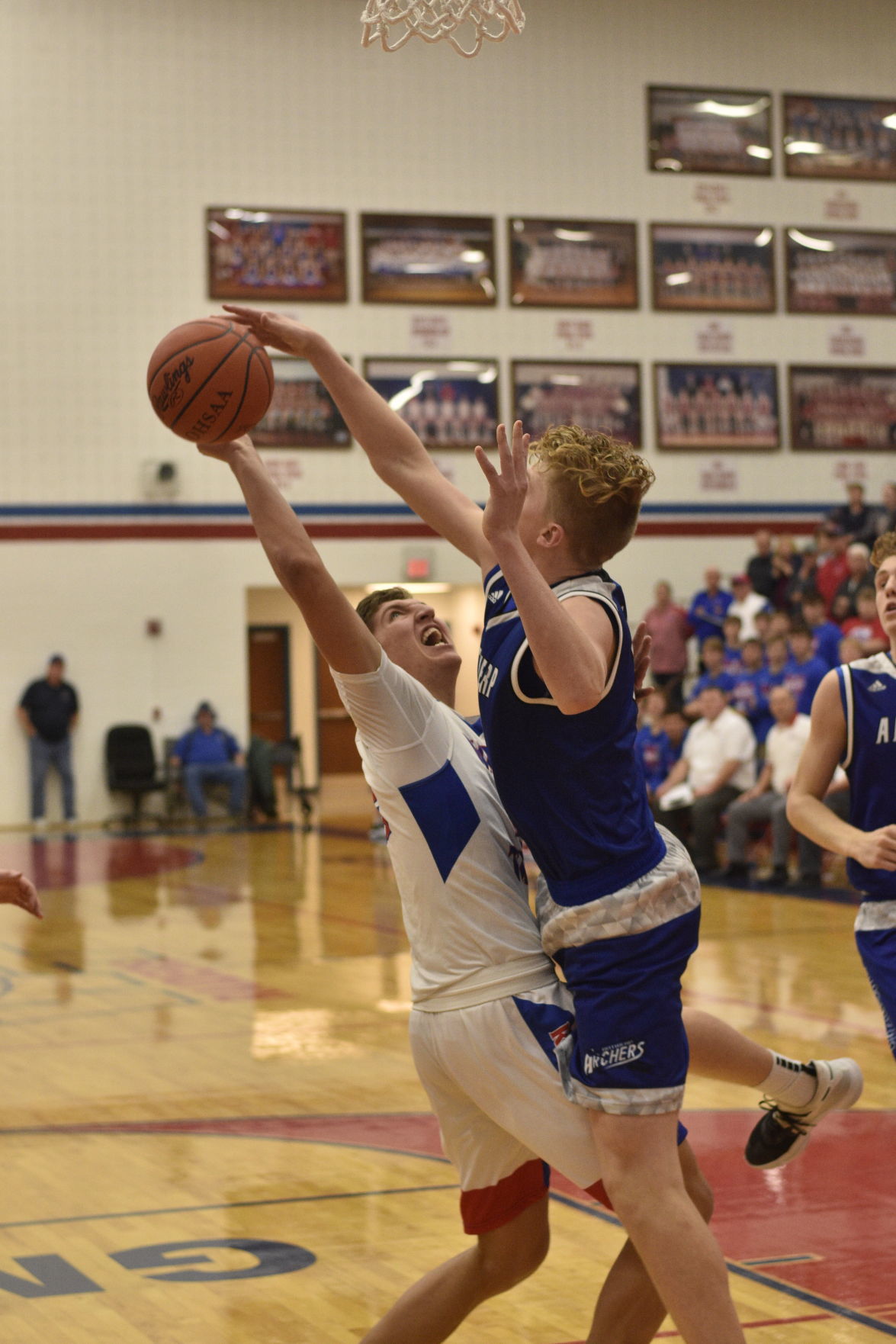 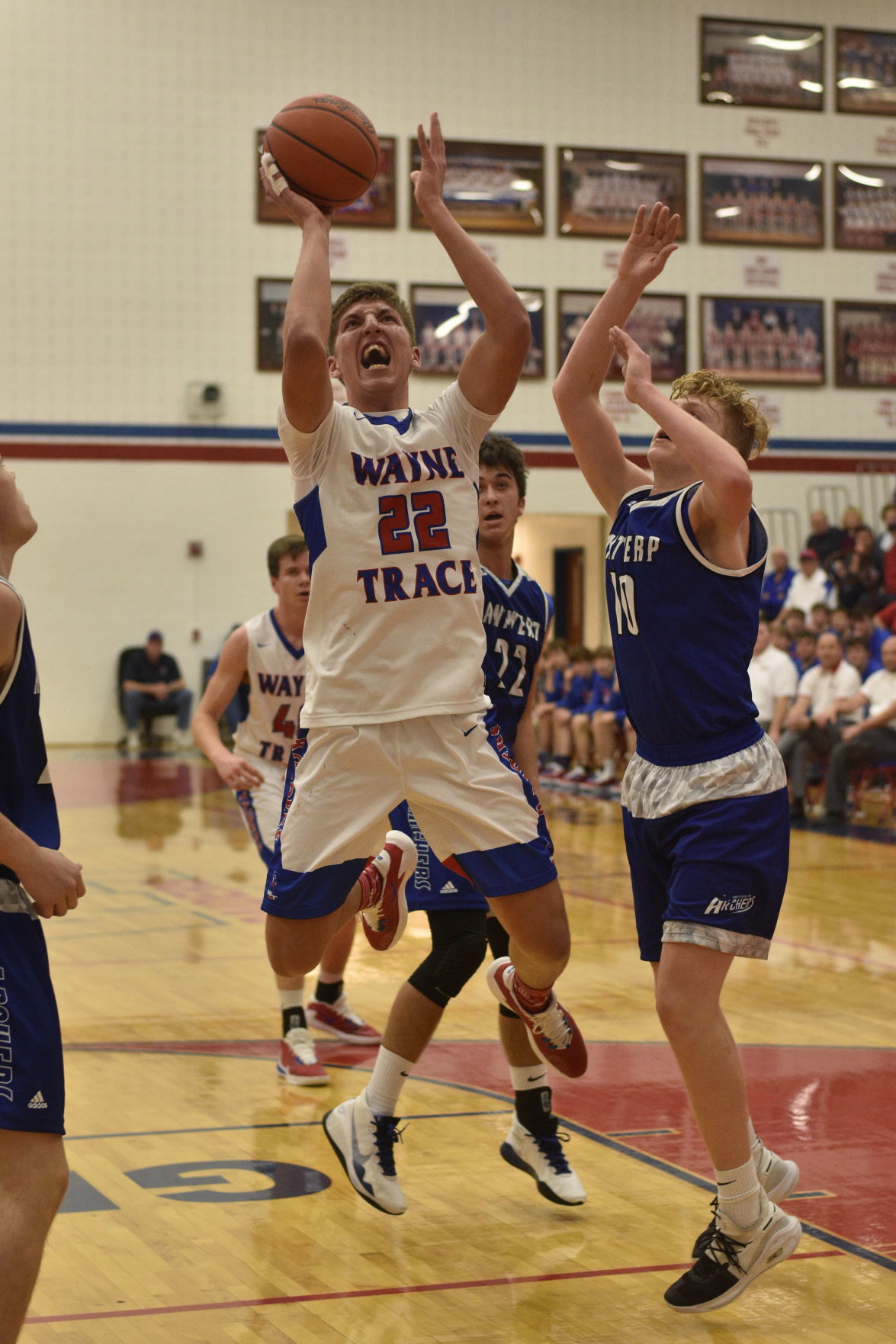 HAVILAND — In the Green Meadows Conference, the saying has been that to win the league crown, you had to go through Wayne Trace.

On Thursday night, the Antwerp Archers did just that and, in turn, took control of that race with a 60-53 victory at the Palace.

The game was tied only once, at 2-2, and Antwerp never trailed in staying unbeaten in ten games overall and two conference battles.

Antwerp controlled the game throughout, jumping out to a double digit advantage in the opening quarter and then holding off a late Wayne Trace rally to post the big road win.

“To win our league, we know that you have to go through Wayne Trace,” stated Antwerp head coach Doug Billman. “We talked with our guys about playing through adversity and handling tough situations and I thought they did a tremendous job of that tonight.”

The Archers seized control early in the contest, jumping out to a 9-2 lead, before extending the margin to 15-6 at the end of eight minutes on a Jacob Savina basket.

Savina finished the opening quarter with ten points to provide critical play for the blue and white.

“He just plays hard for us and battles,” noted Billman. “He just wants to win and he came up big for us tonight.”

Antwerp widened the margin to 23-8, getting three-pointers from Savina and Jagger Landers to force a Raider timeout with 5:25 left in the half.

Wayne Trace did cut into the deficit, using a pair of Alex Reinhart baskets along with a Trevor Speice bucket to close within 30-19 at the break.

“I am proud of our kids,” stated Raider head coach Jim Linder. “They battled and they never gave up.”

The Archers led by as many as 15 in the third quarter, getting a basket by Austin Lichty to push the margin to 34-19.

However, the Raiders did close within eight at 40-32 on a Reid Miller three-point play but Antwerp would answer any run.

A Jayvin Landers three-pointer pushed the Archer lead back to 43-32 before eventually the blue and white took a 50-40 advantage into the final period.

“We knew they were going to make a run and it was something we talked about at halftime,” Billman continued. “But, I thought our guys did a good job of responding and we had several guys make big plays for us tonight.”

Wayne Trace made its final run in the fourth quarter.

The Raiders sliced the Archer lead to 53-49 on a Trevor Speice three-point play with 2:32 remaining and pulled within 53-51 after two Nathan Gerber foul shots at the 1:55 mark.

After an Antwerp turnover, the Raiders had a chance to take the lead but a three-point attempt was off the mark and the Archers sealed the win from there.

Savina hit a pair of free throws to make it 55-51 before a Miller basket brought Wayne Trace within 55-53 with 26 seconds remaining.

From there, Jagger Landers hit five of six foul shots down the stretch to ice the 60-53 Antwerp win in front of a tremendous Thursday night crowd in Paulding County.

“It was a great atmosphere and a great high school basketball game,” Billman concluded. “This is just one game though and we know we have some work to do yet.”

Nathan Gerber had 18 points to lead the way for Wayne Trace while Alex Reinhart recorded a double-double, posting 14 points and grabbing 13 rebounds.

Both squads return to non-league action on Saturday. Antwerp welcomes in North Central to the home of the Archers while Delphos Jefferson visits the Palace to battle the Raiders.