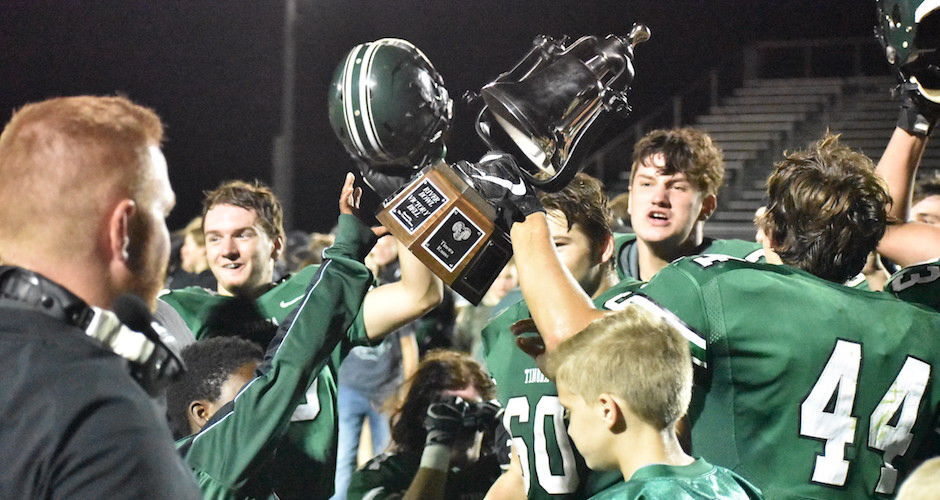 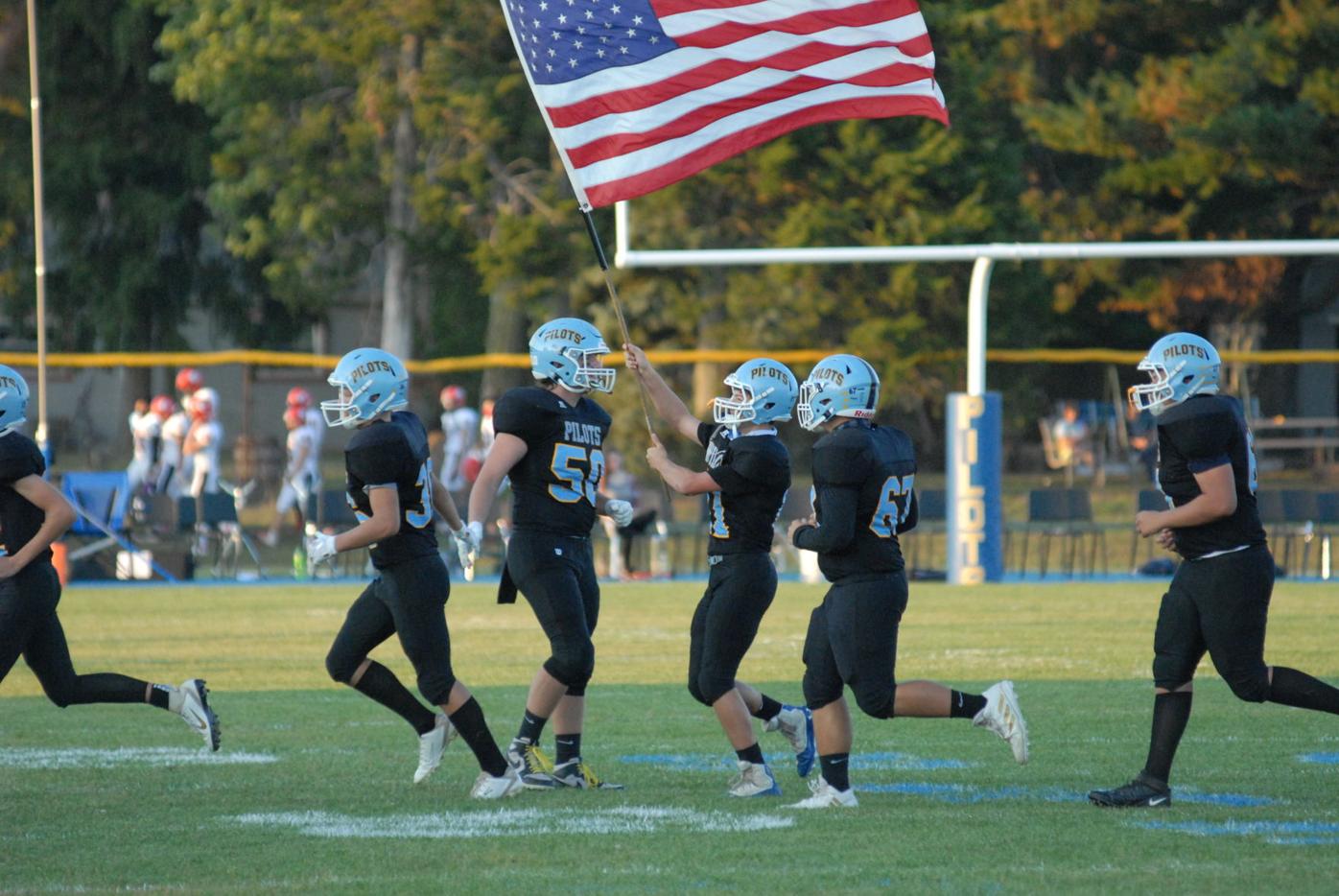 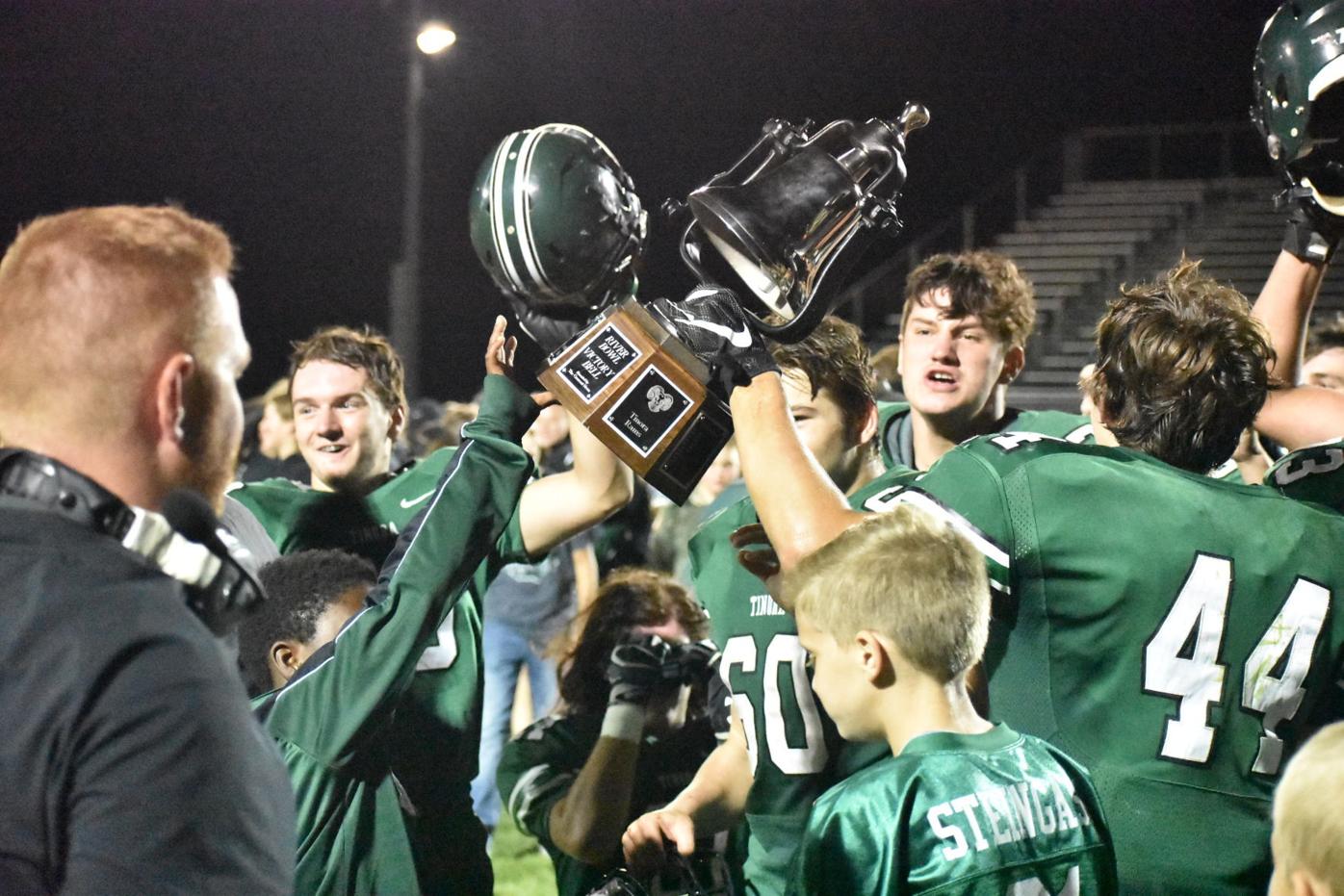 The 45th edition of the River Bowl rivalry between Ayersville and Tinora got even more flavor to it with last week’s results — not that it needed it.

With an unbeaten Tinora squad and its powerful rushing attack rounding into form at 4-0 heading into Friday’s clash at Justin F. Coressel Stadium, Ayersville put a charge into its season with a 38-31 showstopper of a win against Hicksville to snap a three-game losing streak.

“They grabbed everybody’s attention, they’re playing good football right now,” said Tinora head coach Kenny Krouse, who is 15-8 in 23 meetings with the rival Pilots in his tenure. “They’re obviously on a roll, coming in off a quality win against Hicksville.

“You don’t need any motivation for this game, we don’t have to say a word.”

The Pilots (2-3) found the offensive spark they needed in the win over the Aces as the Blue and Gold tallied a season-best 456 yards of offense, including 280 yards on the ground.

Junior QB Jacob Trevino was a textbook dual threat for Ayersville, throwing for 176 yards and a score while battling for 128 yards rushing on 30 carries, scoring three touchdowns, including the game-winner with 1:13 left in regulation.

“Our game on Friday was important in a lot of ways,” explained Chris Dales, who owns three wins in 14 career meetings with Tinora. “Number one, we stressed all week that we need to fight every play. Number two, we’ve been telling the guys, never quite. If we do those two things, a lot of things take care of themselves and they did that Friday night.

“I’ve coached 17 years, that was one of my proudest moments of my career.”

Friday’s 7 p.m. kickoff at Tinora will also mark the sixth time that the winner of the annual rivalry contest will celebrate with the Victory Bell Trophy, sponsored by The Crescent-News.

For the Pilots, Trevino continues to be the straw that stirs the drink in the Ayersville offense with 617 passing yards (42-of-94) and five touchdowns while leading the Pilot rushing attack with 356 yards and six scores.

Blake Eiden, who rushed for 122 yards and a TD against Hicksville, has 251 yards and a score on 58 totes this season. Ike Eiden caught a touchdown pass against the Aces and leads the receiving corps with 10 catches for 255 yards and four TDs. Run-pass weapon Weston McGuire is another threat for the Pilots with 18 catches for 210 yards on the year while Isaac Miller could be a threat following two kick returns for 89 yards last week.

Blake Eiden and McGuire had double-digit tackling efforts last week and lead the team with 38 and 35 takedowns, respectively.

On the Green and White sideline, the Rams’ Wing-T rushing attack has provided plenty of power for Krouse’s squad. Tinora rumbled for 350 yards rushing in a 41-20 win at Wayne Trace a week ago and averages 285 yards on the ground per contest.

Halfback KP Delarber leads the charge with 439 yards and three TDs on just 53 attempts, rushing for 168 yards and two scores against the Raiders. 6-2, 210-pound sophomore fullback Christian Commisso has brought the thunder to Delarber’s lightning, adding 315 yards and eight scores.

Sophomore Brandon Edwards has spelled well for the top two backs with 127 yards and three TDs on 20 rushes while junior QB Nolan Schafer is a threat throwing (25-of-46, 377 yards, two TDs) or running (119 yards, three TDs).

“It’s been a luxury to be that diverse and we think that makes it difficult to prepare for us,” said Krouse. “We’ve got a lot of weapons.”

“They’re typical Tinora, defensively they’re sound, they’ve got athletes and they run to the ball and tackle well,” noted Dales. “You have to stay true to your fundamentals and be as sound as you can be … if you can be sound and not give up the big play, you’ll be OK. It’s not a really complicated thing.”