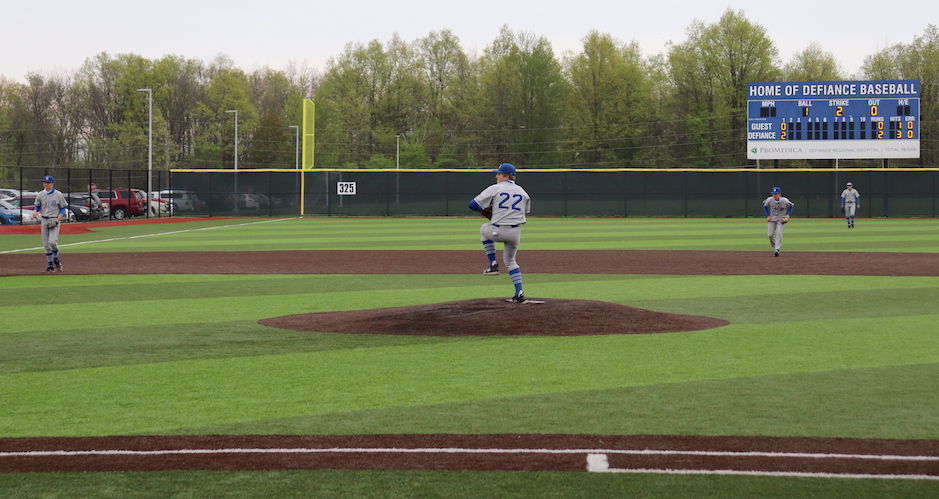 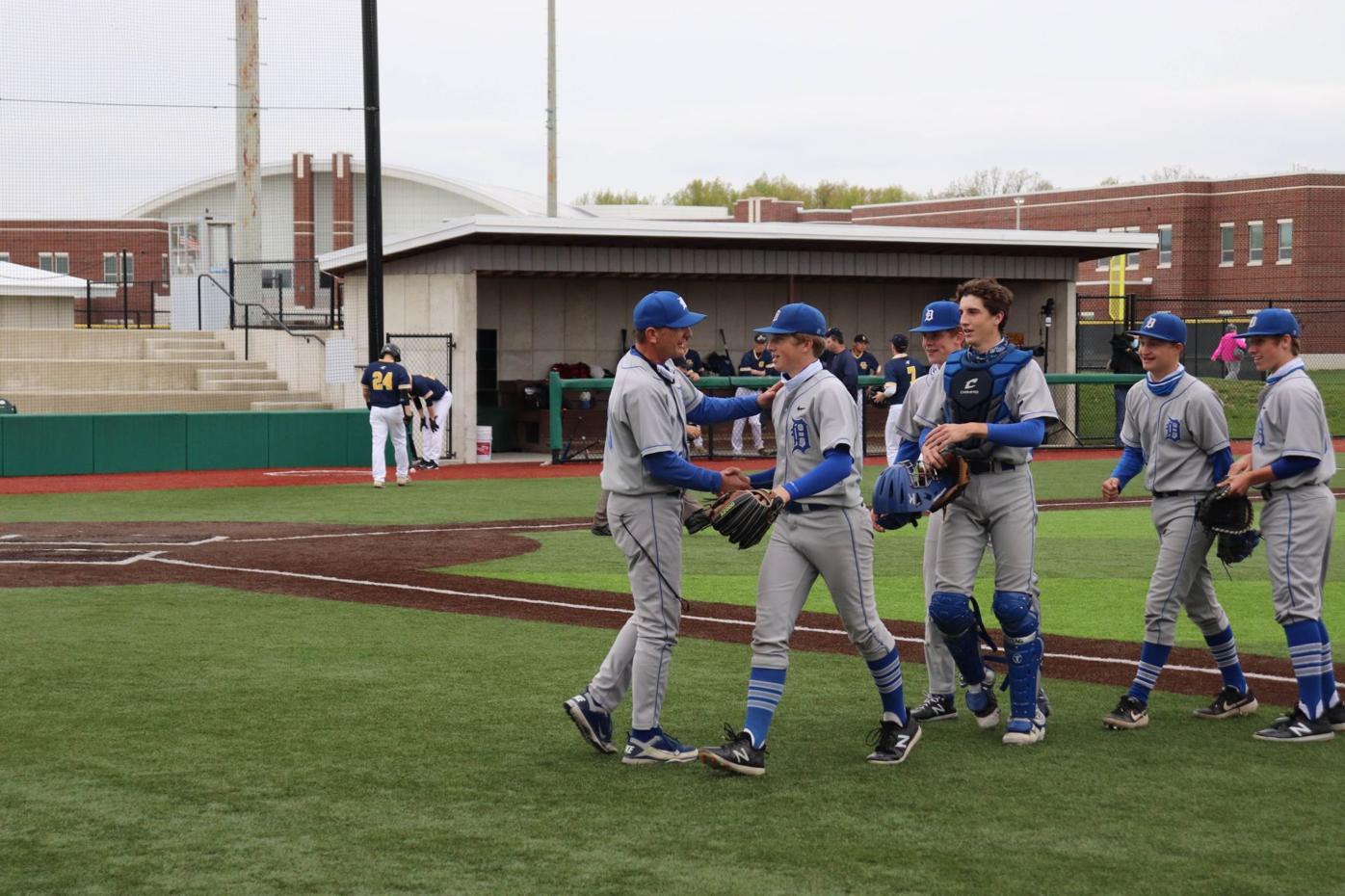 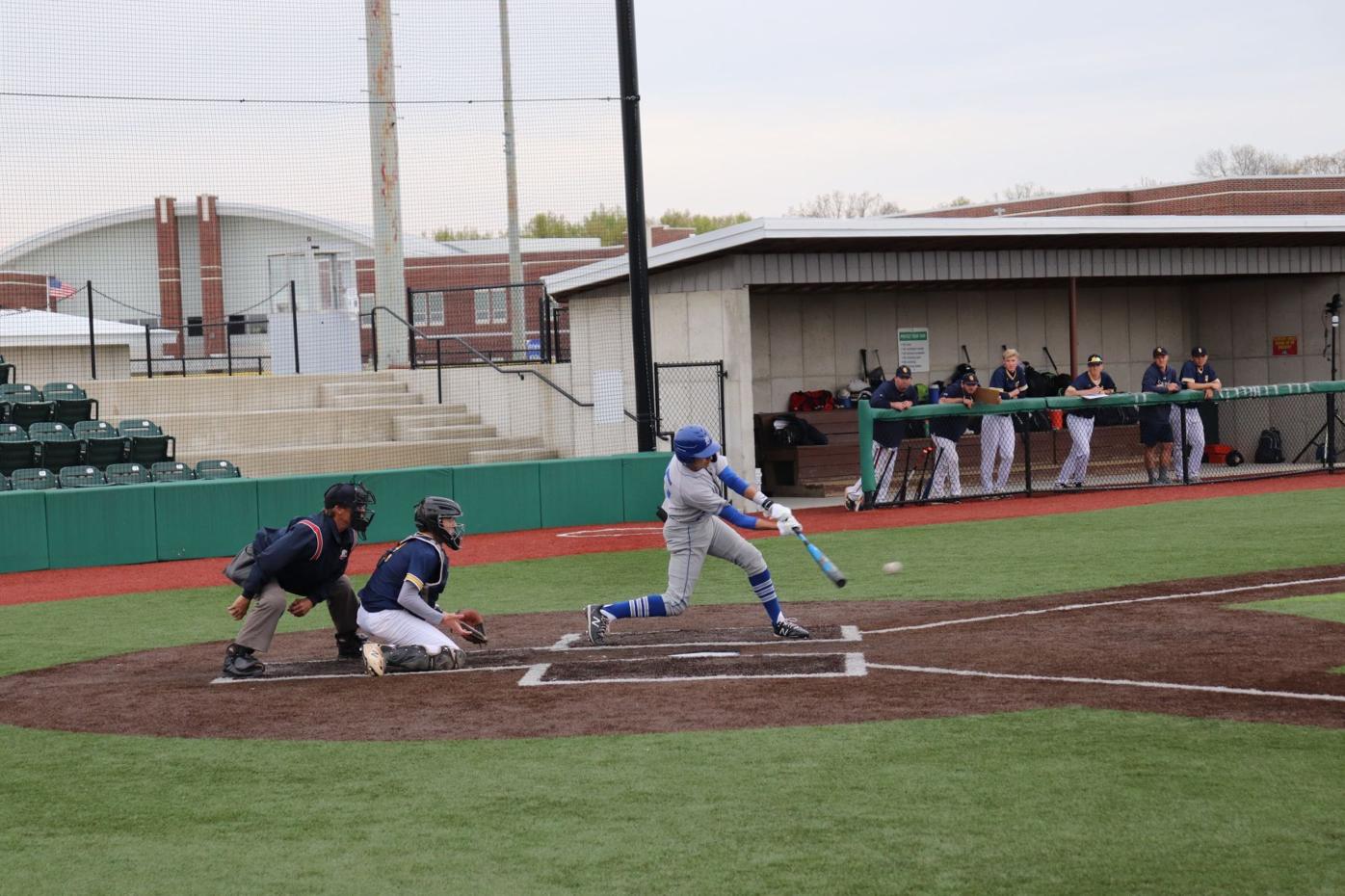 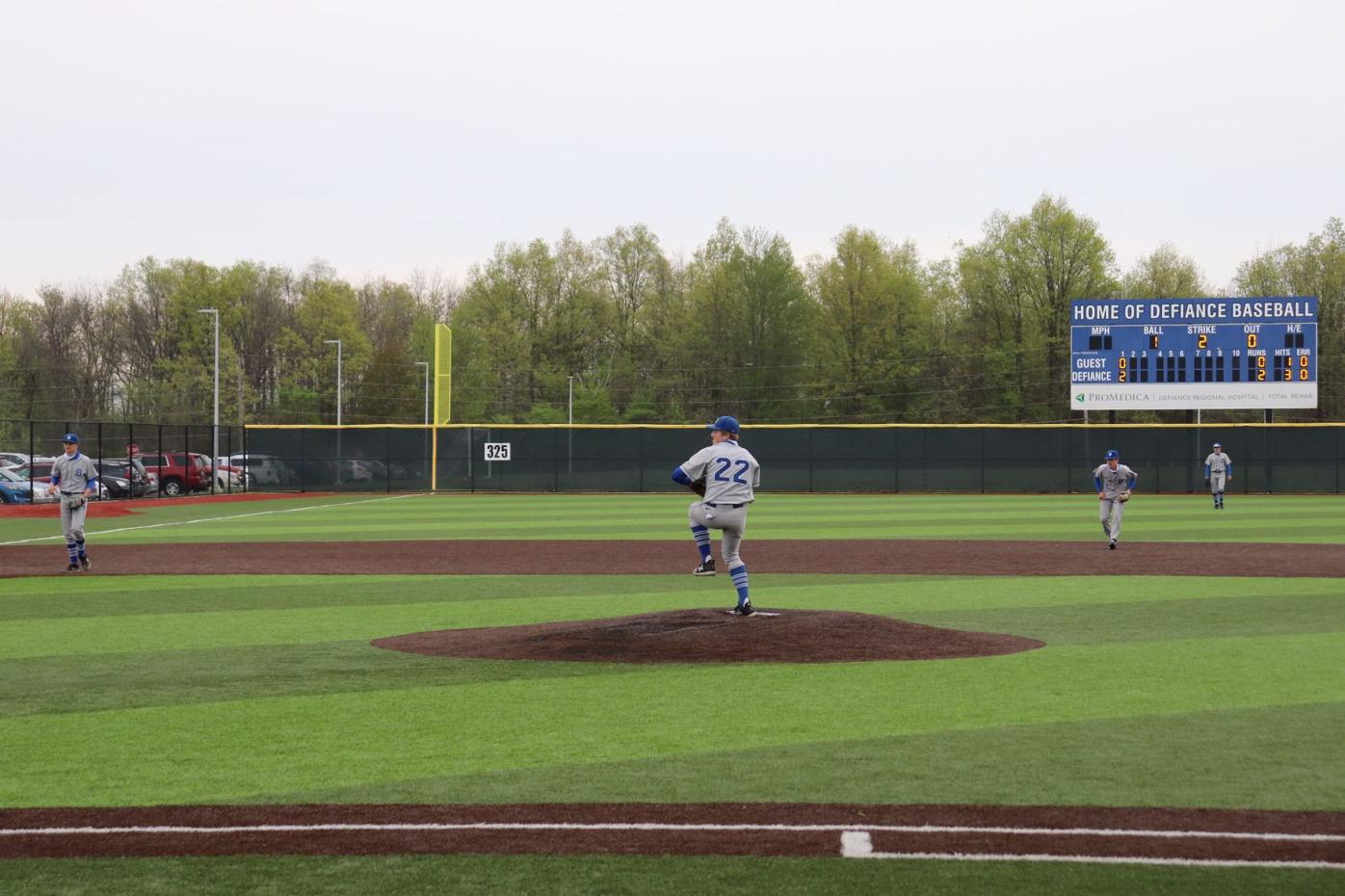 Outstanding pitching, solid defensive play and a timely hit are simple ingredients for a successful baseball program in Defiance and the recipe came out just right Tuesday.

Junior Jayden Jerger struck out 11 in a one-hitter for the No. 5 Bulldogs as the program clinched at least a share of its 26th Western Buckeye League championship with a 2-0 win over Ottawa-Glandorf.

“It’s kinda funny, the game was over, I didn’t even really think about that we won the league (with this win),” said Defiance coach Tom Held, who has helmed the program for 15 of the 26 league crowns. “The first thing we addressed was the seniors. Whether you’re an everyday player, whether you’re the leader in the winter workouts, whether you’re a role guy, it’s your team and you’re the one that goes up on the board for the WBL champions in the gym.

Aside from a tough infield play that allowed Carter Schimmoeller to reach via single on the first at-bat of the game, Jerger kept the Titans under wraps with his fastball, curveball and changeup all landing for strikes on a chilly league evening.

Following the Schimmoeller knock, Jerger retired 12 straight Titans before a fifth-inning walk that was followed by seven more retired batters in a row.

“It was the team, it wasn’t me. We progressed from the beginning of the game,” said Jerger of the title-clinching outing. “I usually start off a little cold in the first inning but I know with my stuff, I’ll come back and we’ll be fine. I’ve got a good defense behind me so we’ll be fine every time.”

“He had a special one tonight,” said Held of Jerger’s effort. “There’s been a lot of good pitchers come through here and there haven’t been better outings against a good team like O-G for a league championship.

“Jayden really was a bulldog, no pun intended. He was very confident, got ahead of hitters. Very rarely do you see a high school pitcher — in all my years I bet we haven’t had anybody that could throw three pitches for strikes and three quality pitches. We’re talking the (Chad) Billingsley’s, the (Jon) Niese’s, the (Tyler) Burgoon’s, the (Dace) Kime’s, you can go on and on and on.”

The first inning was also all the Bulldogs needed on the scoreboard. Bradyn Shaw laced a single to center on the first pitch he saw with two away in the first frame. Senior Camden Roth followed with a sharp grounder just past the shortstop’s glove to put runners at the corners. Following a Roth steal of second, sophomore David Jimenez ripped a two-run single to left to put the Bulldogs on top.

Titan hurler Nate Maag settled in from there, stranding a Bulldog baserunner in the third fourth fifth and sixth frames.

With Jerger set to take the mound in the seventh after throwing as fast as 88 miles per hour throughout the game, a leadoff strikeout put the Bulldogs in business in the seventh.

However, Owen Macke drew a one-out walk and Trevor Schimmoeller was hit by a pitch to put the go-ahead run at the plate in pinch-hitter Carter Duling.

Not to be deterred, Jerger came through with a pair of swinging strikeouts against Duling and Wes Davidson to close out an 11-strikeout, two-walk masterpiece and improve to 7-0 on the year.

“I’ll give credit to (Maag), I thought we had good AB’s today and thought defensively, they were pretty good,” said Held. “We were fortunate, it was big to get there early in the first inning.”

For seniors Roth, Jack Mortier, Simeon Sweeney, Dade Robinson, Evan Brown and Dan Hoffman, the opportunity to repeat as league champs was a driving force after the 2020 season was canceled.

“It means a lot, we didn’t have that season last year,” said Roth. “We were working really hard for it and to have it stripped from us that season, it really killed us so being able to come back here and work harder, it means a ton.”

Added Jerger: “It’s huge for everyone but those seniors, they didn’t get a season last year. It’s huge for them and I think it means a lot for some of the guys who don’t get in as much. It’s everyone.”

The Bulldogs will face a stiff test Thursday, hosting Division I No. 2 Perrysburg at 5:45 p.m. ahead of Sunday’s tournament draw.

“It’s a confidence booster for sure,” said Roth. “We’re going to come out here, practice even harder, get prepared for this tournament coming up and finish out the regular season and keep working.”