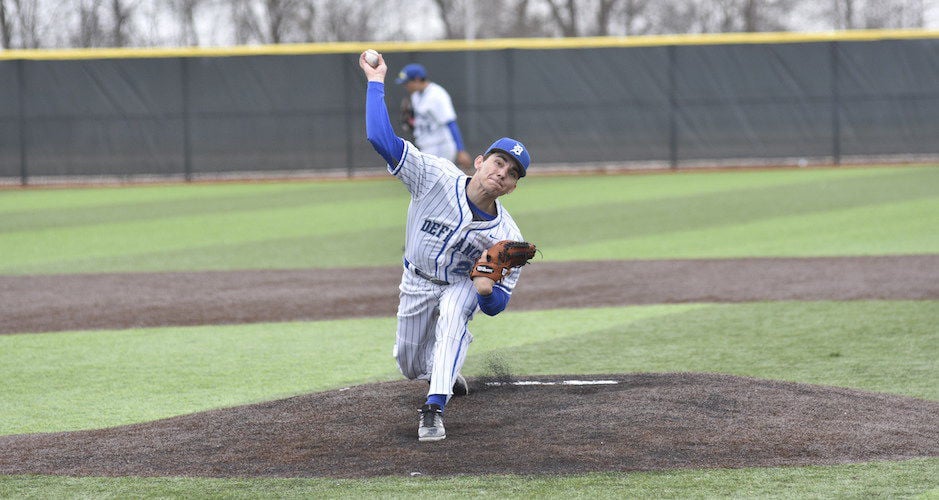 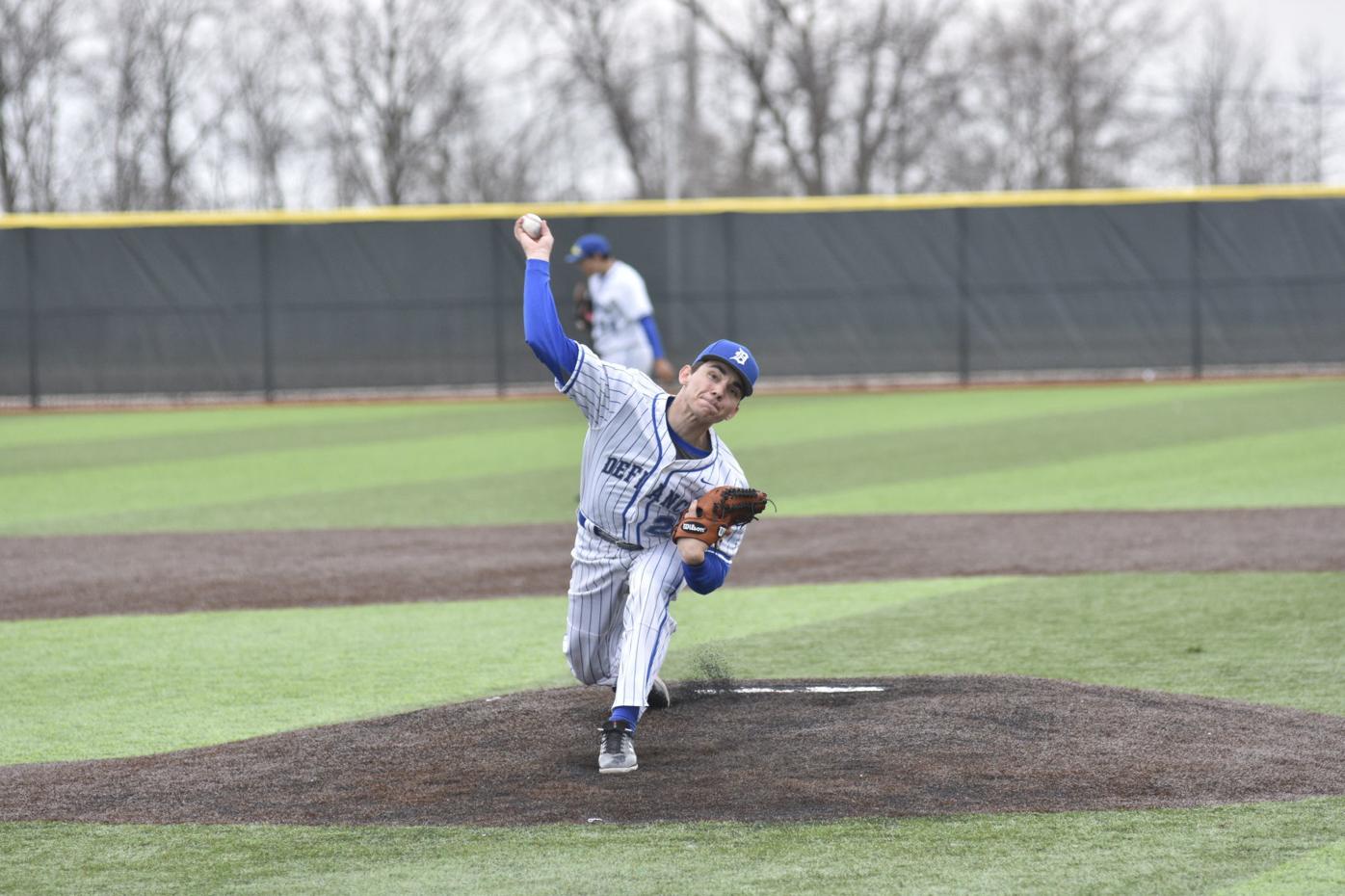 Mitchell Spencer throws a pitch while competing as a Defiance Bulldog in high school. Spencer is chasing down a professional career, one that includes stops at Lincoln Trail College and South Carolina-Upstate for college baseball, plus two stints with the Ohio Marlins in summer collegiate action.

Mitchell Spencer throws a pitch while competing as a Defiance Bulldog in high school. Spencer is chasing down a professional career, one that includes stops at Lincoln Trail College and South Carolina-Upstate for college baseball, plus two stints with the Ohio Marlins in summer collegiate action.

For Defiance native and alum Mitchell Spencer, the chance to play Division I college baseball at South Carolina-Upstate is just the next step in his plan to play professional baseball.

“Playing Division I baseball has been a dream of mine,” said Spencer. “I’ve been blessed to have some great coaches and trainers.”

His plan isn’t to stop when his career in South Carolina is done.

“It’s been a dream of mine ever since I’ve been old enough to play baseball to go pro,” added Spencer, a 2018 Defiance High School grad. “I’ve always worked my butt off. I don’t plan on changing anything.”

Spencer’s journey to USC-Upstate has been a road not unusual to Defiance baseball players. After an outstanding career for the Bulldogs that saw him record a 6-2 mark in eight starts and 10 appearances as a senior (two saves, 49 strikeouts, 2.33 ERA), he went on to play at Lincoln Trail College – a two year school in Robinson, Illinois near the southern Indiana-Illinois border.

He was helped out by having four high school teammates – Nick Rodriguez, Bryce Borton, Jackson Meter and Austin Taylor – plus Archbold’s Jeron Williams, all playing for the Statesmen.

“We all lived together,” Spencer said of the Defiance group at Lincoln Trail. “None of us had an idea on what to expect. It was definitely easier to meet new people. When one of us made new friends, eventually we’d all meet them.”

“Mitchell obviously had a really good senior year for us on the mound and he’s got a great arm, he’s a hard worker and he’s continued to mature on the mound,” said Defiance coach Tom Held. “He’s gotten better each year and Lincoln Trail has been a great place for our guys. Coach Bowers does a heck of a job with those guys to get them to the next level.”

He signed with USC-Upstate this fall, and Spencer has spent his time getting ready. That has included playing this summer for the Ohio Marlins in summer collegiate action.

“I played for the Marlins back in 2018,” said Spencer. “I went to Indianapolis and pitched for them. This summer, I had other plans lined up. Because of the coronavirus, I was stuck and didn’t have anywhere to play. I got a hold of the team to see if they could use another arm.”

The pipeline from Defiance High School to Lincoln Trail is a robust one, with four DHS players on the 2020 roster before the season was cut short by the COVID-19 outbreak.

When the summer season wraps up, Spencer will work on getting ready for next spring, a season where he will begin his dream of Division I baseball at South Carolina-Upstate.

“He was a 90 (mile per hour) clubber for us out of high school and he really made a big jump that senior year to learn how to pitch,” added Held. “Bottom line, if you work at something and keep working and keep plugging and find a place to go where you’re going to play and get better, you’ve got a chance to play at the D-I level. He’s another alumni that our young guys can look at and say, ‘hey, if he can do it, I can too.’”

Spencer plans to keep playing baseball after his days for the Spartans are done. Chasing a professional baseball career right now during the pandemic has not chased the Defiance graduate away.

“I have some friends that are really good at baseball who should have gotten some money,” Spencer said of the pro draft being shortened to five rounds from the usual 40. “The whole draft is going to be different for a couple of years.”