You are the owner of this article.
Edit Article Add New Article
Home
e-Edition
News
Sports
Obituaries
Crimewatch
Business
Classifieds
Multimedia
On the Wire
Reader Services
Find A Job
1 of 2

An Archbold Area Schools bus was struck by a semi dump truck Wednesday afternoon on U.S. 6 west of Ridgeville Corners. 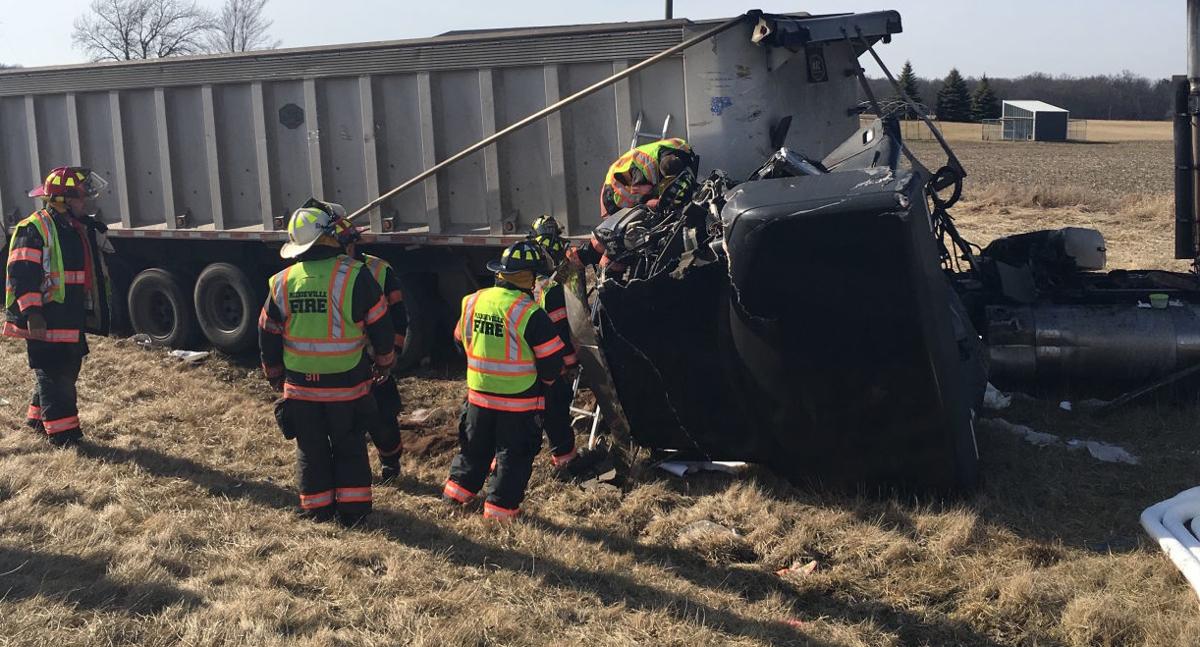 An Archbold Area Schools bus was struck by a semi dump truck Wednesday afternoon on U.S. 6 west of Ridgeville Corners.

According to the Henry County Sheriff's Office, at 4:06 p.m., an eastbound Archbold Area Schools bus driven by JoAnn Cousino, 57, Archbold, was stopped and had just dropped off two students in front of Triple 6 Outdoor, 24703 U.S. 6. Seconds later, an eastbound semi dump truck driven by Kelly Braden, 48, Monroe, Mich., failed to stop in time, striking the left rear corner of the bus.

The two remaining students still on the bus were uninjured in the crash.

The drivers were taken by Ridgeville Township and Archbold EMS to Fulton County Health Center, Wauseon, where condition updates were unavailable.

The accident remains under investigation. U.S. 6 was closed to motorists while the scene was cleared.