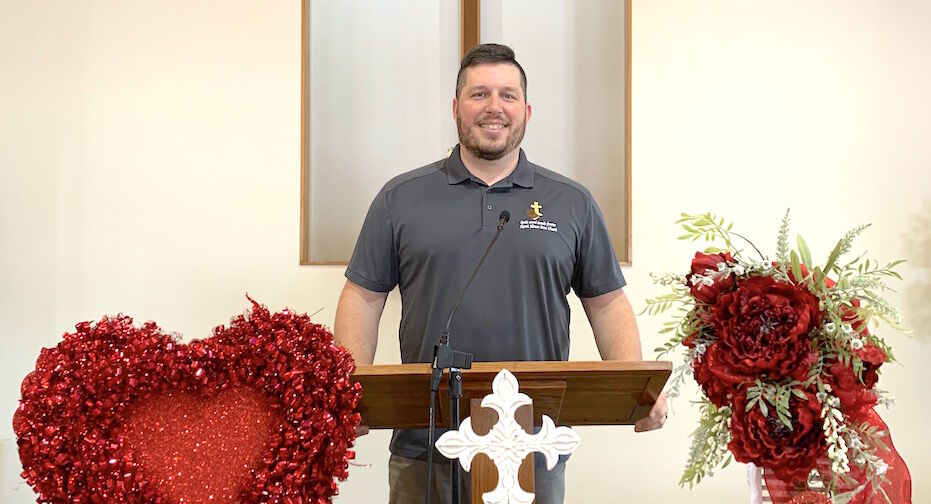 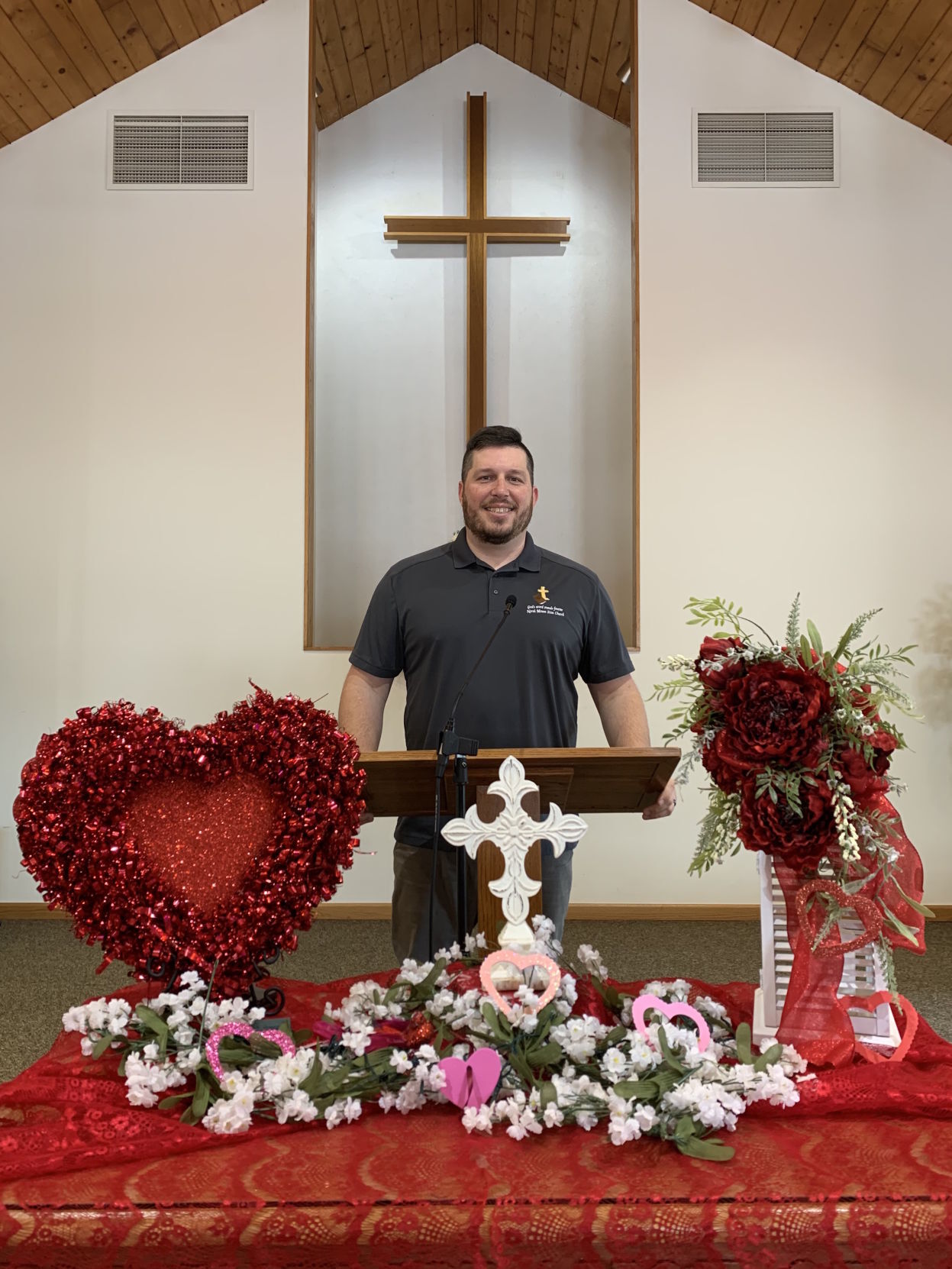 CONTINENTAL — North Mount Zion Church in rural Continental welcomed a new pastor on Feb. 1, but it’s not someone the congregation “will have to break in.” In fact, the members of the church are very familiar with their new spiritual leader.

Pastor Joey Stevens has assumed the pastorate from Pastor Brent Gibson, who officially retired Jan. 31 after leading the church for 18 years. Gibson, who spent 42 years in full-time Christian ministry, spent 18 months with Stevens in preparation for the transition before officially retiring.

In August of 2019, the church selected Stevens to follow Gibson, who just happens to be Stevens’ father-in-law. Stevens has been involved with North Mount Zion since 2012 (except for 20 months he and his family lived in Houston). In 2016, Stevens, his wife, Christi, and their family, which now includes Uriah (7), Anna (5) and Alice (3), moved back to Ohio so he could serve as associate pastor at North Mount Zion.

“I knew Pastor Brent from church camp, but also I married one of his daughters, so when I was close to finishing college, he sent me more than one application to be an intern here at North Mount Zion,” said Stevens. “I had worked at two youth retreats here, so by the third time, my wife and I knew we wanted to come here.

“I am a West Virginian at heart, I love West Virginia, so to leave it had to be the right opportunity,” added Stevens. “Now, I love it here, too, although the winters are longer and colder here. So, I did an internship here for two years, before heading to Texas (in 2014 to attend the Houston branch of Dallas Theological Seminary and be close to his parents). We didn’t like the style and pace of life there, we missed this small rural area, so we came back in 2016.”

As Stevens explained, it was a leap of faith to return to Ohio. Christi and he both left full-time jobs in Houston, so that Joey could serve as associate pastor part-time at North Mount Zion. At that point, they had two small children, but they put their faith in God “that He would provide.”

“In the fall of 2015, I spoke with the deacon board here, and there was an expressed interest on both our parts for me to come back and serve as associate pastor,” said Stevens, who earned a Regents bachelor of arts degree in 2012 from Marshall University. “When we came back there was no talk of me transitioning into senior pastor when Brent retired, we came back because we felt the Lord was calling us back here.

“We walked by faith, with two kids in tow, trusting that the Lord would provide, and he certainly did,” continued Stevens, who will graduate from Dallas Theological Seminary in the summer of 2022. “We are most thankful for the Lord’s provisions.”

When Gibson made it known that he was considering retirement, the church deacons, who serve as the pastoral search committee, learned Stevens had aspirations to become senior pastor at North Mount Zion. Stevens explained the deacons met to discuss the direction the church wanted to take to replace Gibson, before coming to a decision to offer Stevens the first candidacy.

“I took part in a congregational meeting where people were able to ask me questions, and just have a dialogue,” said Stevens. “The people here knew me, they had heard me preach, so in August 2019 the people voted to have me become senior pastor after an 18-month transitional period with Brent. The plan was for me to slowly take over more responsibilities, with Brent giving up responsibilities.”

The “slow plan” was working, until the COVID-19 pandemic hit.

“COVID really accelerated the plan, which the Lord used to shoot me into a maturity I needed to take on the new role,” said Stevens. “Brent stepped aside and let me handle board meetings and take the lead on our initiative to put COVID safety measures into place. What was an unfortunate situation, God used for good in me because it brought a maturity I needed, and it also allowed the church to see me in a more defined leadership role.”

Stevens also took the lead in bringing the church’s technological capabilities into the 21st century. During the 12 weeks the church was closed, Stevens learned how to use the church’s camera equipment, he purchased a new laptop and learned new software, so that the church could live-stream its services.

“It was all about keeping our congregation connected,” said Stevens. “I think COVID brought a decade worth of changes to our church in about 10 months.”

Now that he is serving as senior pastor, Stevens is thankful to God, and to the people of the church, for the opportunity to do what he loves.

“What drew me back here was the fact that our church is like a family,” said Stevens. “When I was an associate, the Lord just made it clear this is the place He wants me to be. I had two churches ask me for my resume, but I could feel the Lord calling me to be here, not because of the job, but because of the people. My wife and I love the people here, and it’s our desire to be a part of the North Mount Zion family. I’m just so grateful for this opportunity.”

To learn more about North Mount Zion Church, call 419-596-3990, go to nmzonline.org, or send an email to pastorjoeynmz@gmail.com.