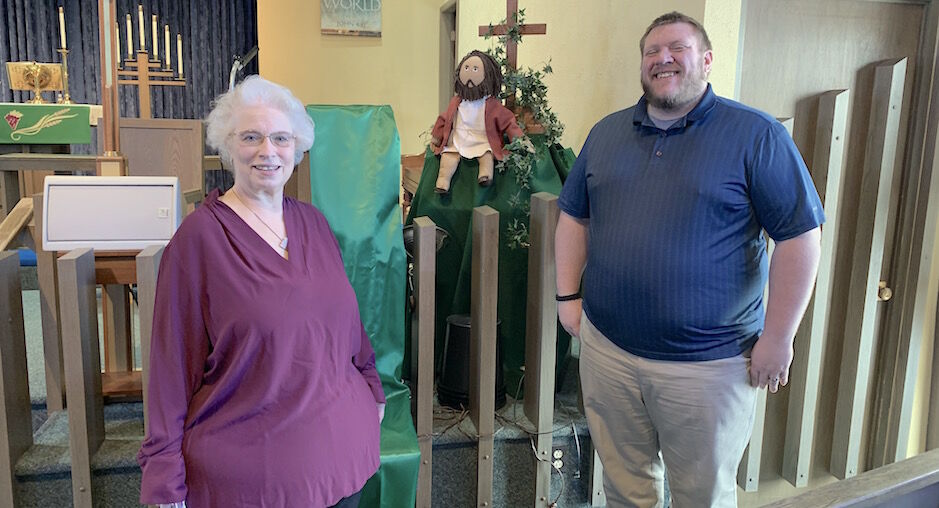 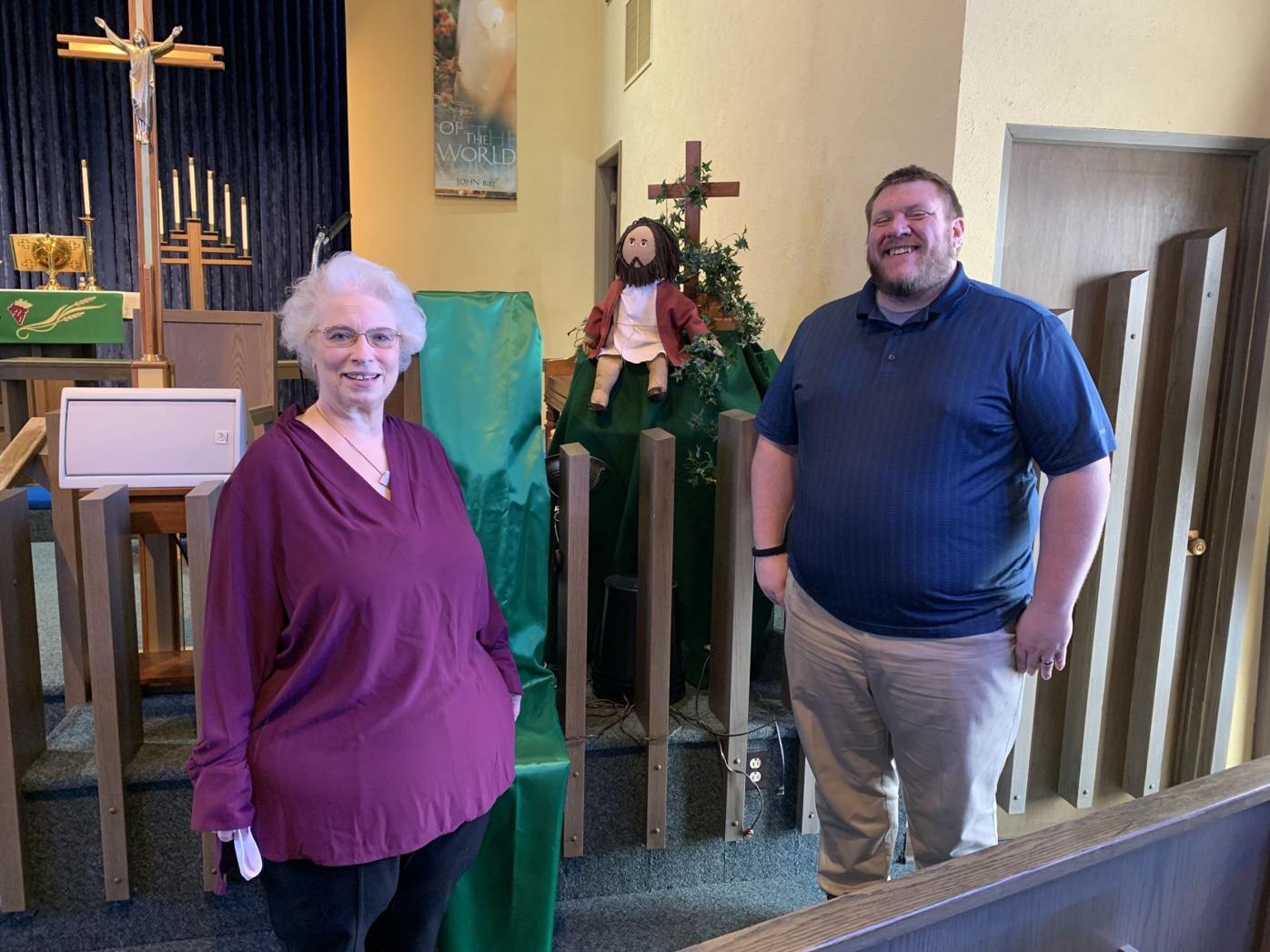 On Monday, Coombs was officially retired with plans to move to Newark, near Columbus, to be closer to her son, Matthew, and his family, including grandchildren Jamie, 16, and Noah, 7.

The good news for the church is that it didn’t have to look far to find Coombs’ replacement.

Leading the church as of Monday is Alex Heffelfinger, a 2000 Hicksville High School graduate, who grew up going to church at St. John’s. For years, Heffelfinger heard people say he should be a pastor, but it wasn’t until Coombs told him he should think about becoming a pastor that he finally listened.

“When I was in high school, my pastor said something to me back then (about becoming a pastor), but I think my response was, ‘I’m going to college to play football,’” laughed Heffelfinger. “Over the years, various people mentioned it, but when Pastor Vicky mentioned it to me, the time was right and everything in me said, ‘Say yes! Do it!’ That was about a year and a half ago, so after that we (Heffelfinger and Coombs) dove right in.

“My wife (Courtney) had my back, so did my daughters (Makayla, 16, and Cash, five months), and that made it a lot easier,” added Heffelfinger. “The congregation didn’t blink, so many of them said, ‘We’ve been telling you that for years!’”

Coombs has been mentoring Heffelfinger for more than a year to prepare him to lead the two churches. Heffelfinger is working on an online bachelor’s degree in advertising and public relations from Penn State University (he will graduate in 2022), before moving on to a graduate program to become a pastor.

“It’s been wonderful working with Pastor Vicky in what I would call a mentorship, she’s taught me to dot as many ‘I’s’ and cross as many ‘T’s’ as I can before I was on my own,” said Heffelfinger on his first official day as pastor. “She has been great at teaching me about the things most people don’t know about. There is day-to-day stuff, the stuff people don’t see ... she’s been amazing at showing me that, and how to handle situations that pop up. That has given me a tremendous head start.”

Said Coombs: “Watching Alex go from, ‘I don’t know about this,’ to ‘Yes, he’s got it,’ has been wonderful. God has a hold of him.”

While Heffelfinger shared he looks to build on Coombs’ legacy of service the churches are known for throughout their respective communities, he is also eager to reach youth in the churches and the communities.

He is not only interested in seeing where the churches can be of service in Hicksville and Harlan, Ind., but to bring back events such as youth mission trips, and other events to get youth involved.

“I enjoyed mission trips as a youth, and I think that is just one of many events we can do,” said Heffelfinger. “I feel God calling me to help our youth.”

While Heffelfinger is excited about this new chapter in his life, Coombs will be starting the next chapter of her life.

She felt a call as very young girl to ministry, but when she graduated from college in the early 1970s, the opportunities to be a woman pastor were just not there. So, she married a pastor and become a licensed counselor for 25 years.

Later, she and her husband reversed rolls, he became a psychologist and she became a pastor. Coombs graduated from Trinity Lutheran Seminary in 2005, and took her first call at St. Peter Evangelical Lutheran Church in Ridgeville Corners, where she stayed until 2013.

The two churches have a combined attendance between 80-100 members during the pandemic.

Coombs explained why now is the right time to retire (part of the reason is to spend more time pursing her love of ballroom dancing).

“The demands of ministry have changed, you need to be more tech savvy, to do online stuff and Zoom calls, and that’s just not my skill area,” said Coombs.

However, Coombs and Heffelfinger are confident the people of St. John’s and Trinity will continue to be a blessing in their communities.

“My first two years here, I realized that we needed to set up the church to be successful for the future, to take some chances and try new things,” said Coombs, who lives with her mother, Violet, who is 95, and is moving with her to Newark. “We found some of the ‘old ways’ of doing church can still exist, some of the ‘new ways’ work, so we do both.

“What I love is the people of the two churches get what it means to be Christian people, they don’t just sit in the pews, they do what they can to help in the community,” added Coombs. “And, they do it in a way that makes people feel welcomed and loved, like they belong. That, to me, is very special. I’m excited to see what Alex does here, I can see God working in him, and I’m glad he stepped up to accept God’s call.”

Said Heffelfinger: “I’m excited to see what God has in store for our future. I see a lot of good coming from this congregation, because the people here are great at serving the Lord, and their fellow man. I am looking forward to see just how I can help them with that.”