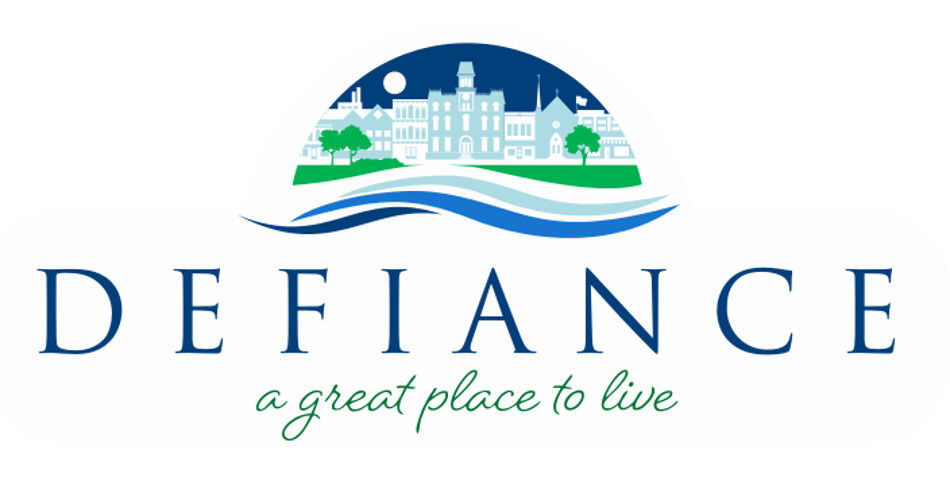 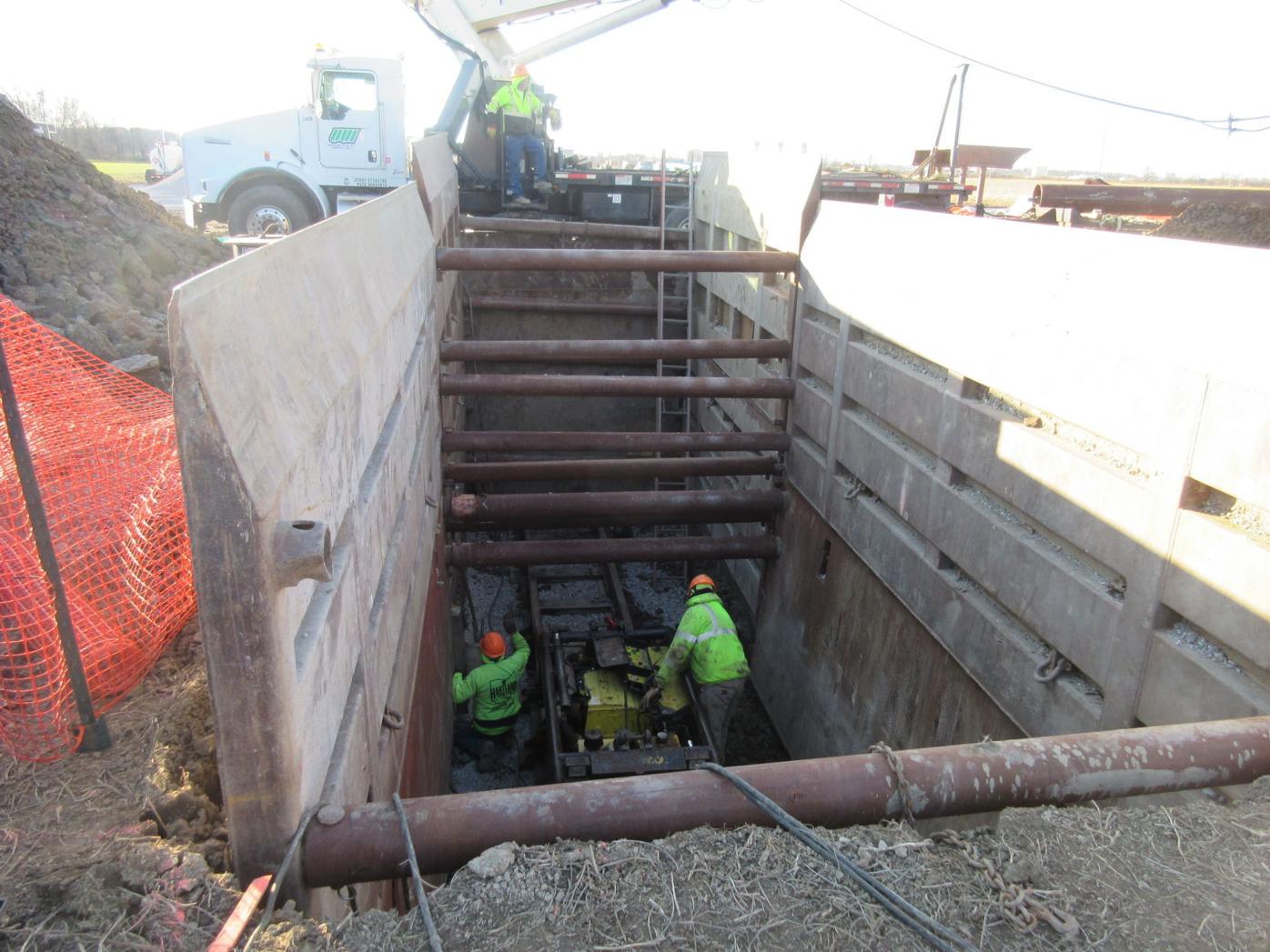 A crew from Logan Creek Construction Co., Oregon, works in the new Harmon Business Park next to Domersville Road, on Defiance’s eastern corporation limits. In this photo taken Wednesday, a sanitary sewer line is being installed beneath Domersville Road with boring equipment. The site is being prepared for a new 80,000 square-foot speculative building that is designed to attract a new or expanding company.

A crew from Logan Creek Construction Co., Oregon, works in the new Harmon Business Park next to Domersville Road, on Defiance’s eastern corporation limits. In this photo taken Wednesday, a sanitary sewer line is being installed beneath Domersville Road with boring equipment. The site is being prepared for a new 80,000 square-foot speculative building that is designed to attract a new or expanding company.

An economic development project that has been in the dream and planning stages in Defiance for several years is coming to fruition.

Work began in recent weeks on the Harmon Business Park, located due west of Domersville Road, north of the Maumee River, on Defiance’s eastern corporation limits.

Specifically, the general contractor — Logan Creek Construction Co. of Oregon (near Toledo) — began installing the underground infrastructure for a new 80,000 square-foot speculative building and a road bed (Commerce Drive) which will extend 600 feet west from Domersville Road. The building’s purpose is to attract a new, or expanding, industry to the site.

A groundbreaking ceremony had been planned last month for the park — being developed by NAI Harmon Group, Toledo, with help from the City of Defiance and JobsOhio— but this was canceled due to weather conditions. The project got started anyway, which brings to reality an idea that Mayor Mike McCann had pushed not long after he took office in 2016.

“This really has been almost a five-year project for me,” he said. “... just a couple months into being mayor, I met Ed Harmon (of NAI Harmon Group). We developed a relationship and convinced him to invest in Defiance and now he’s doing that, obviously, with the help of JobsOhio, with their (Ohio site inventory) program. It’s a dream come true. ... We’re excited.”

“The Defiance-Harmon partnership started when Mayor McCann took the initiative to introduce himself to Ed Harmon at a Regional Growth Partnership event in Maumee,” explained Defiance County Community Improvement Corporation (CIC) Executive Director Jerry Hayes. “From that initial contact, months of investigation, team-building and planning ensued. Scores of attorneys, engineers and government officials have assisted in getting us to the point of moving dirt at the site, but all of these efforts started because Mayor Mike invited Mr. Harmon to check out Defiance.”

Project manager Logan Howell explained Wednesday at the site that his company was installing a sanitary sewer line beneath Domersville Road. Crews were positioned inside a steel-supported pit where boring equipment allowed the line to be installed without impacting the road or traffic that motored by.

The sanitary pipe is connected to an existing north-south line on the east side of Domersville Road that will run to the city’s wastewater plant a little further south (and next to the General Motors plant).

The project is expected to be completed in the spring, with the building ready to be occupied thereafter.

NAI Harmon Group will handle marketing for the building, but the Defiance County Community Improvement Corporation also will help in that regard.

Although only 600 feet of road is being built for now — with access from Domersville Road only — McCann said this will provide enough room for several buildings. Eventually, the city hopes to extend Commerce Drive westward to Carpenter Road, where the western end of it already exists.

The extension joining both ends could cost some $2.7 million, according to city documents. McCann said the city has a grant commitment for some of this money, but it’s not ready to proceed along the whole street at the moment.

Hayes noted that the Defiance CIC purchased 78 acres from landowner George Masterson with $2 million provided by the city to help get the park on its way. This land has been transferred to the Harmon Group, which is paying the cost of the street, the building and utilities.

A tax increment financing plan is in place allowing the redirection of some property taxes to help pay the city’s debt on the project.