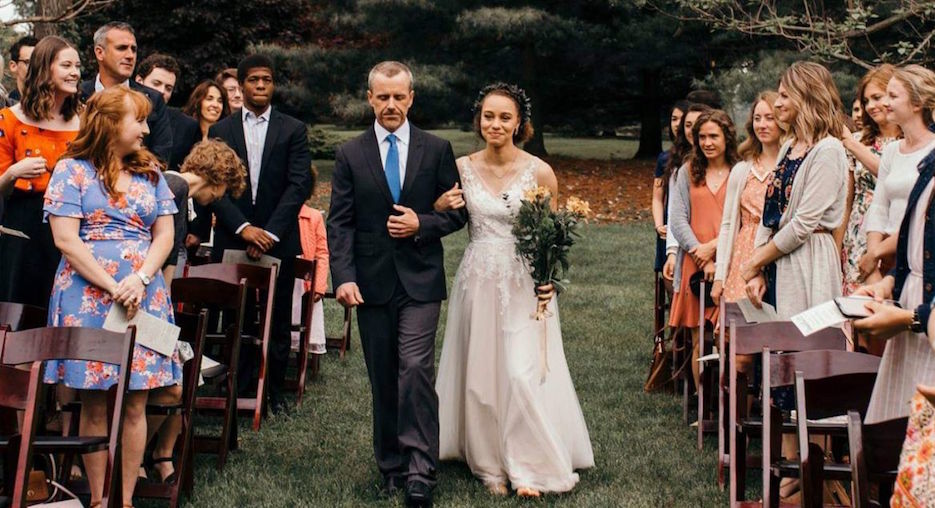 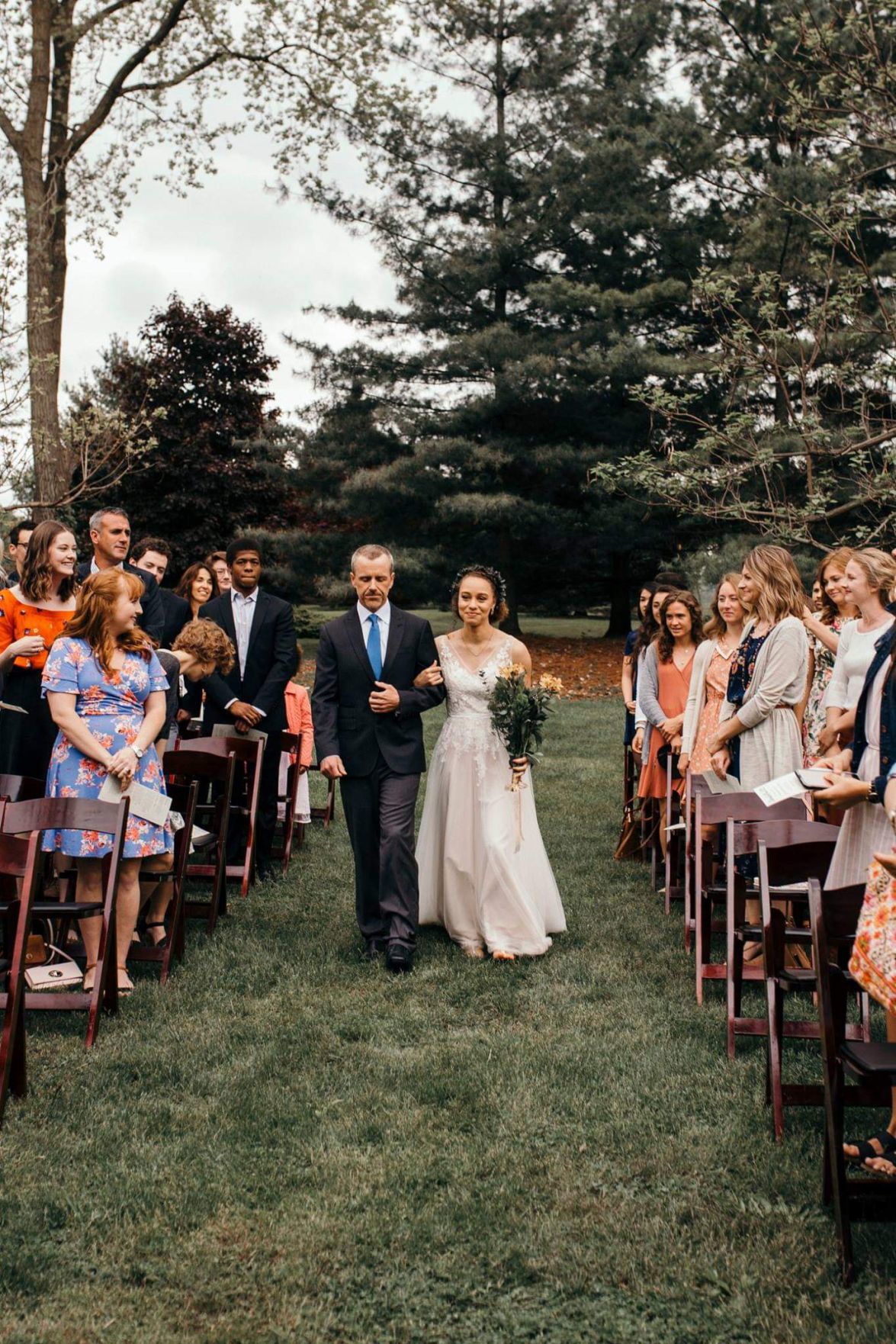 Scott Wichman, the track coach who guided Tori Abdul to four separate state victories, walked his daughter down the aisle to marry Jacob Petersen. Tori changed her name to Wichman before marrying Jacob. 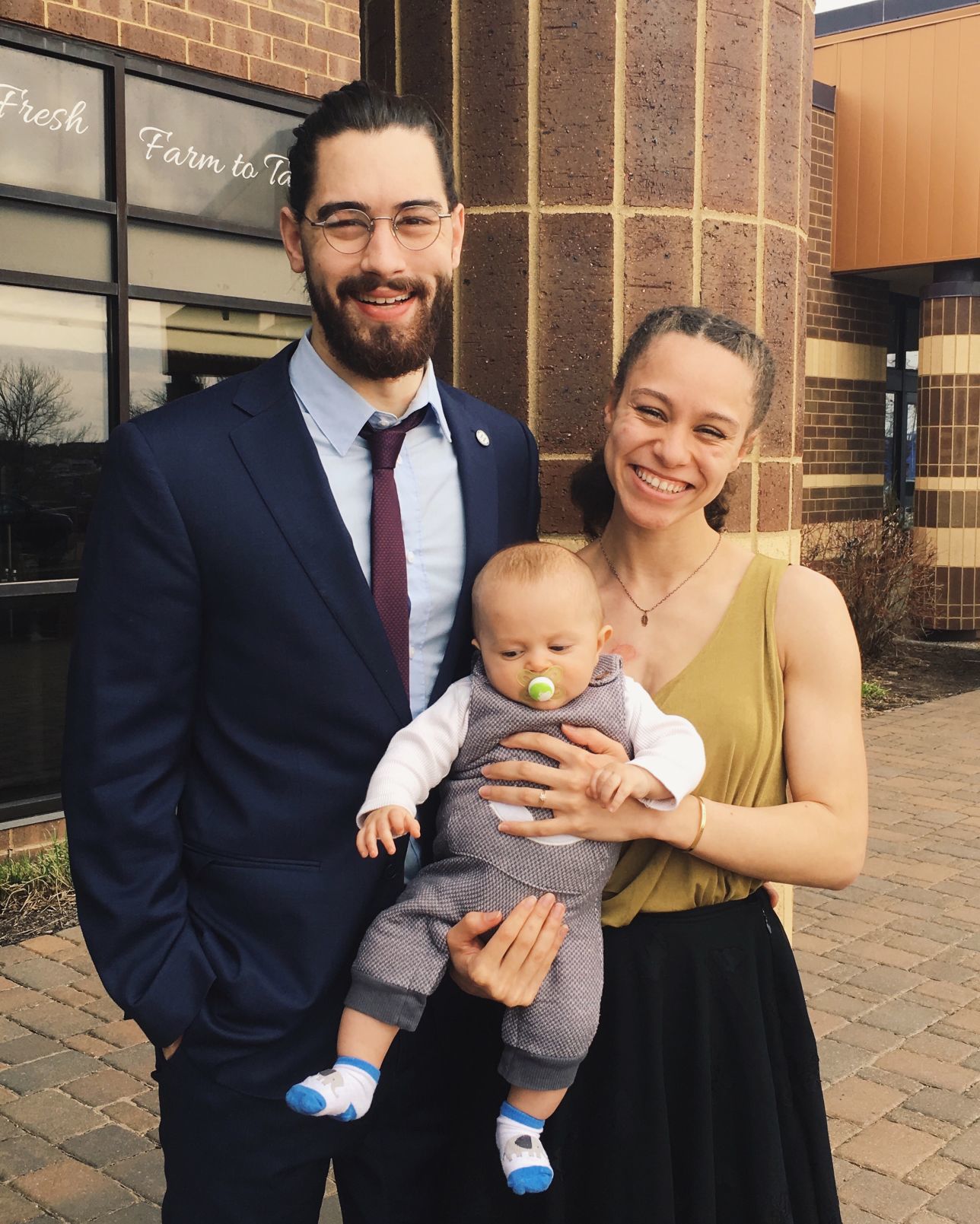 Scott Wichman, the track coach who guided Tori Abdul to four separate state victories, walked his daughter down the aisle to marry Jacob Petersen. Tori changed her name to Wichman before marrying Jacob.

By the time she turned 15, those around her were expressing concerns about her becoming pregnant or incarcerated, or not graduating high school.

Yet within just a few years, Petersen stood on top of the podium at the state track championship meet in Ohio — not once, but four separate times.

And she has three people to thank for it... herself, Jesus Christ, and her track coach Scott Wichman, the man she thinks of as her dad.

Now 23, the Tinora graduate lives in Albert Lea, Minn., with her husband, Jacob Petersen, and son, Leyander, and she remains close to the family that ultimately helped her succeed.

Growing up in the foster care system, Petersen had her fair share of moments of bad behavior, but, she said, considerably fewer than most children her age did. “I didn’t have temper tantrums often,” she said, “but when I did, they were pretty bad. I’d cry and yell at people. (But) I disobeyed a lot less rules, in my opinion. And with no stable adult figure and after enduring a lot, yeah, I’m gonna say it: I was a pretty good kid.”

Unlike many in her situation, Petersen threw herself into schoolwork and running, and avoided drugs. “I got really good grades,” she said, “and I was dedicated to academics and athletics. I wanted to learn more, and knew if I was athletic I couldn’t get involved in substances.

Petersen made friends also, but the circumstances of her life didn’t lead to an easy time there, either. “When I was in foster care,” she said, “my caseworkers didn’t allow me to go to friends’ houses without their parents having a background check, fingerprints, and proof of license and insurance,” she said. “I had a couple of friends’ parents who did it, and the fingerprinting process could take a long time, so going to get-togethers planned a couple of days prior was never a thing. Unfortunately, it left me feeling pretty isolated among my peers.”

Scott Wichman entered Petersen’s life as her sophomore track coach, and as is often the case with many encounters with new people, she had no idea that her life was about to change in the matter that it did. “When I met Scott,” she said, “I was just running track because academics and running were the only things I was good at, and the two things I was allowed to do outside of my foster home,” she said.

Wichman, meanwhile, saw something special in his new runner. “She is a very determined person,” he said. “Very goal oriented. She was willing to put in extra time, and I tried to be there as much as I could to support her.

“I saw something in her; she had a lot of raw talent, but some of it needed to be refined.”

Wichman’s performance as a coach also featured feedback, which Petersen valued. She would go to every practice and sometimes find herself the only one there. One-on-one time, she said, particularly in her senior year, led to more in-depth conversations and strengthened their friendship.

But just as she became used to him, Wichman made a statement that threw Petersen for a loop. “He said, ‘I think you can win state,’” she said, “’if you do what I say.’ I didn’t consider that.”

As the friendship with her male role model and her father figure continued to strengthen, Petersen’s growth expanded as a person and a runner.

But when she turned 18, she was emancipated out of the foster care program, finding herself an adult... and homeless as well. Continuing to run, Petersen would allow Wichman to drive her to wherever she would be staying that night. “Sometimes she would sleep on the floor, sometimes the couch,” he said.

And then she was surprised yet again.

“Scott and his daughters said they wanted me to be a part of their family,” she said. “I stayed at a lot of places, but for every holiday I came back home.”

“When track practice became difficult and I couldn’t breathe,” she said, “I’d ask myself, ‘Would a champion quit this workout?’” And I’d answer myself, ‘Nope.’ And I’d ask myself again, ‘Then how would you become a champion?’ And I kept running.”

The moment she started working for the championship was when Wichman said he believed in her. “But I didn’t think it was really possible until one of my relay members’ dad came up to me and said, “I think you can win state in all of your events,’ she noted. I remember I put my hand over his mouth, which we were both shocked I did, but someone else saying it made it more real than I was ready for.”

Ultimately, when she crossed the finish line and stood atop the winner’s podium for the first time, she thought, “Me and Scott did it! God did it! These trials are my triumphs. This is His story, and I’m a part of it!”

Eventually, she came to share the last name of Wichman and his daughters, Madison and Emma, whom she came to regard as sisters. “I was her dad after she graduated,” Wichman said.

A week following Petersen’s college graduation, she found herself beside Wichman once again... but this time as a daughter being walked down the aisle by her track coach and father figure.

Today, Petersen is writing a memoir detailing her struggles and triumphs.

“I write a lot,” she said, “and share my stories on different platforms. I try my best to communicate the love of God through every story. God saved my life through the gospel and community. I want others to experience that love.

“None of it would have been possible without knowing my identity and possibility in Christ. I am who I am because He loved. He sent people to love me, and He loves you.”

On the cover: Tori Petersen poses for a picture with husband, Jacob, and son, Leyander.