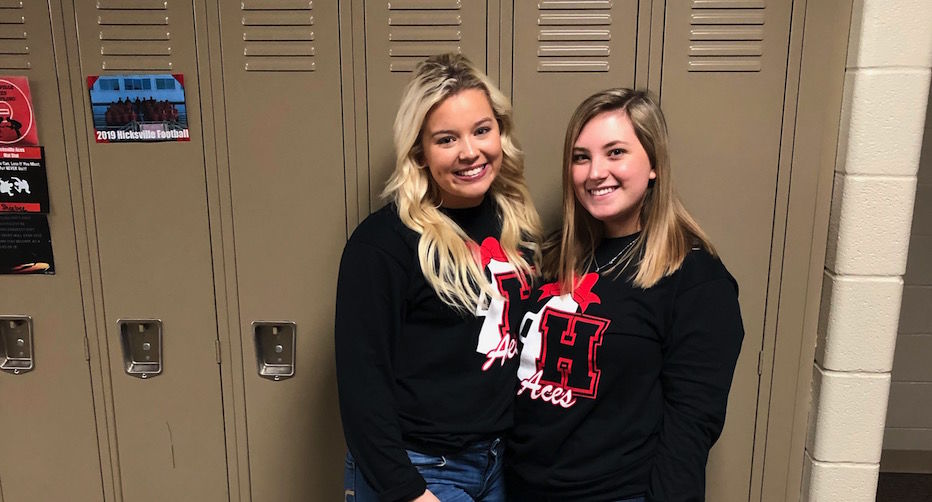 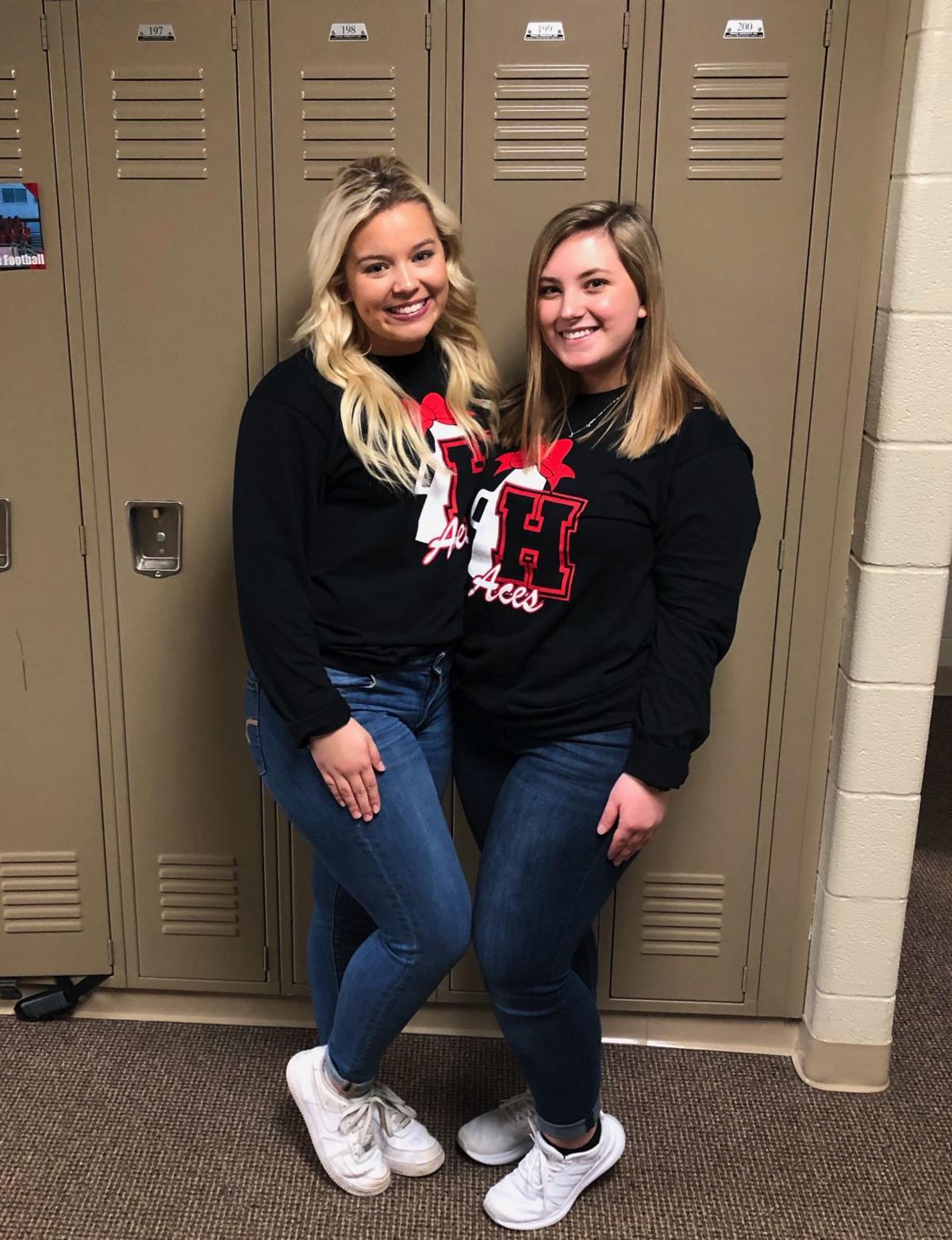 Hicksville High School seniors Sophie Clark (left) and Brooklyn Graber are at work on separate class projects to honor the memory of late HHS alumna Audrey Davis. Graber is forming the Audrey Davis Scholarship, while Clark is holding a supper next month to raise funds for the scholarship.

Hicksville High School seniors Sophie Clark (left) and Brooklyn Graber are at work on separate class projects to honor the memory of late HHS alumna Audrey Davis. Graber is forming the Audrey Davis Scholarship, while Clark is holding a supper next month to raise funds for the scholarship.

HICKSVILLE — Two local high school seniors are currently working on two separate class projects in memory of one who has come before them.

Brooklyn Graber and Sophie Clark, both Aces cheerleaders, are working on projects to honor the memory of Audrey Davis, an HHS alumna and cheerleader who died in December of 2018.

Graber, 18, is developing the Audrey Davis Scholarship, which she hopes to see bestowed on deserving students for years to come.

Graber got to know Davis during her time as a Mini-Aces cheerleader, despite Davis’ being several years older. “I was friends with her friends, and I had older cousins (she knew),” she said, “(and) we hung out a couple of times. A lot of cheerleaders always looked up to her.”

She got the idea to develop a scholarship in Davis’ memory during the Aces’ last summer cheerleading competition. “An older friend sent me a picture,” she recalled, “and I was wearing a cheerleading uniform (in the picture) that was huge on me. Audrey was in the picture. I started to wonder, what if I did something like a scholarship.”

With that thought in mind, Graber began to develop fundraising ideas toward the Audrey Davis Scholarship, with the first idea taking shape as a Facebook auction, which proved successful.

Next on her list is a silent auction and bake sale scheduled for Jan. 18. “I plan on doing other fundraisers as well,” she said, although she does not yet choose to reveal what these might be.

The Jan. 18 silent auction and bake sale will be part of another event, this one run by Clark, who plans to hold a charity meal in Davis’ honor before the Aces take on North Central that evening. All funds raised from the dinner will be used to help fund Graber’s scholarship.

Clark has arranged for 250 chicken sandwiches to be sent over from Chick-Fil-A on the day of the event. The rest of the meal has been supplied by local residents.

Unlike Graber, Clark said she never really knew Davis personally but has great respect for her father John, whom she had as a history teacher during her freshman and sophomore years. “I have a pretty good relationship with her father,” she said.

For his part, John Davis noted, “I think it’s awesome that there will be this legacy to always honor Audrey.”

While Clark was thrilled to have found a restaurant that was willing to work with her to bring her idea to fruition, both seniors noted that Chick-Fil-A wasn’t the only generous party involved.

“Everything has been donated,” said Graber, who reported being pleased with Hicksville’s generosity. “I haven’t spent a penny yet. I want to thank everyone who helped with this.”

For tickets, contact Clark via email at sophie.clark@hicksvilleschools.org. or purchase tickets at the Studio Salon and First Federal Bank, both in Hicksville.

An account for the scholarship is available at The Hicksville Bank, and anyone interested in doing so may donate.

“We plan on keeping (the scholarship) going,” said Graber, noting that a number of HHS juniors are preparing to take it over once she and Clark graduate. “As of now, there’s enough to keep it going for quite a while.”