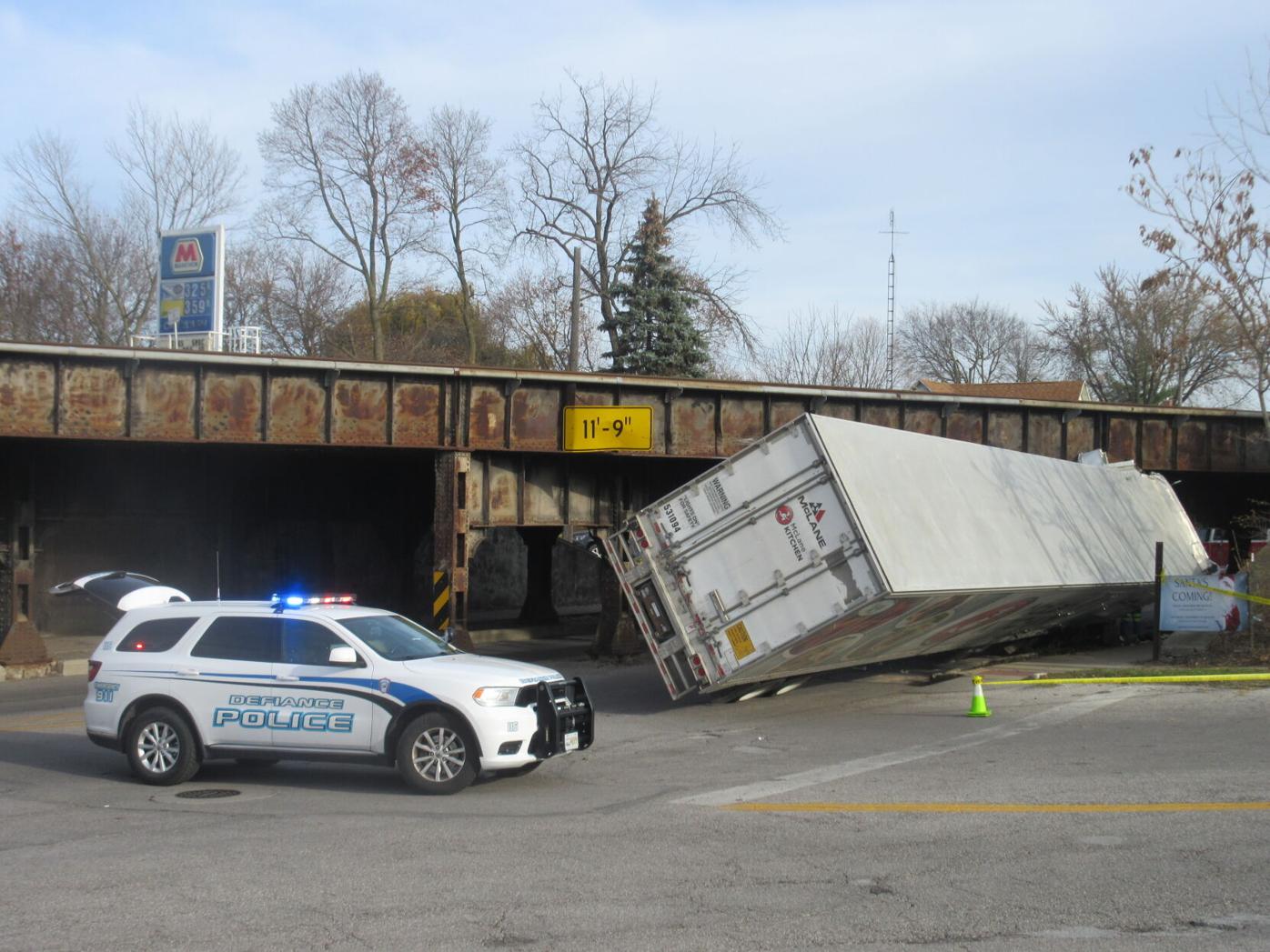 A Defiance police cruiser blocks traffic on South Clinton Street at the CSX Railroad viaduct Wednesday morning after this tractor trailer rig became lodged underneath. The driver and passenger were not injured. 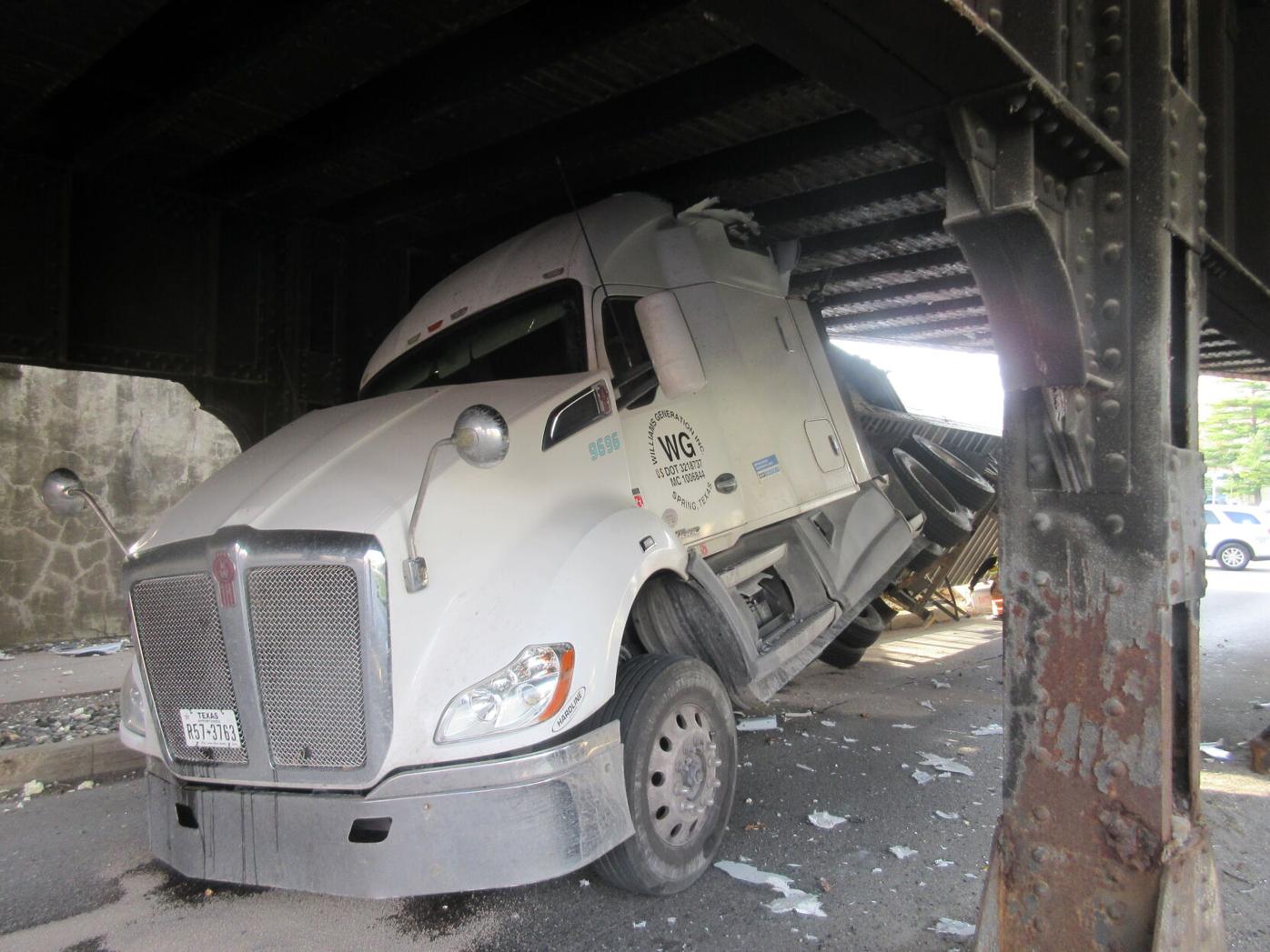 A Defiance police cruiser blocks traffic on South Clinton Street at the CSX Railroad viaduct Wednesday morning after this tractor trailer rig became lodged underneath. The driver and passenger were not injured.

The driver and his passenger were not injured in the crash which occurred around 9:40 a.m. Wednesday.

He was northbound on South Clinton when the top of its cab and trailer struck the top of the CSX Railroad viaduct, which has a clearance of 11 feet, nine inches. The collision partially dislodged the sign noting the structure’s clearance.

The top of the truck cab was heavily damaged along with the front part of the trailer. Both were lodged firmly beneath the viaduct while the trailer twisted sideways and nearly came to rest on its side.

Authorities closed South Clinton Street traffic at the viaduct immediately after the crash, and reopened it about 1:30 p.m. Wednesday after the truck was removed. City firefighters applied material to the street as a small amount of diesel fuel had leaked from the truck.

Each time the viaduct is struck, CSX Railroad sends an inspector to insure that the damage does not compromise the structure. Train traffic is shut down before the okay is given, according to Defiance Police Chief Todd Shafer, but generally no problems are found because “those things (viaducts) are built like tanks.”

Too, he noted that tractor trailer components made of fiberglass and aluminum that strike the viaduct usually don’t do much damage to the structure.

He said Wednesday’s crash was one of the more interesting ones, given the nature of the damage and how the truck was lodged under the viaduct. The driver will be cited for assured clear distance, as are all drivers whose trucks or loads strike the viaducts in Defiance.

“You have to make sure your vehicle can make it whether it’s a bridge or road obstacle you might encounter,” explained Shafer.

“Generally,” he said, the viaduct crashes are caused by drivers who’ve “missed the posted truck routes, and depending upon what GPS system they’re using ... it might direct them that way.” Even so, he noted, drivers would have to have “missed the multiple (warning) signs. That’s generally how we get them and they occur.”

Shafer estimated that 2-3 such crashes occur each year in Defiance, either at the South Clinton viaduct or at one on Jefferson Avenue with a little higher clearance.