Get Started
You are the owner of this article.
Edit Article Add New Article
You have permission to edit this article.
Edit
Home
e-Edition
News
Sports
Obituaries
Crimewatch
Business
Classifieds
Multimedia
On the Wire
Reader Services
Submission Forms
Contests
Find A Job
1 of 4 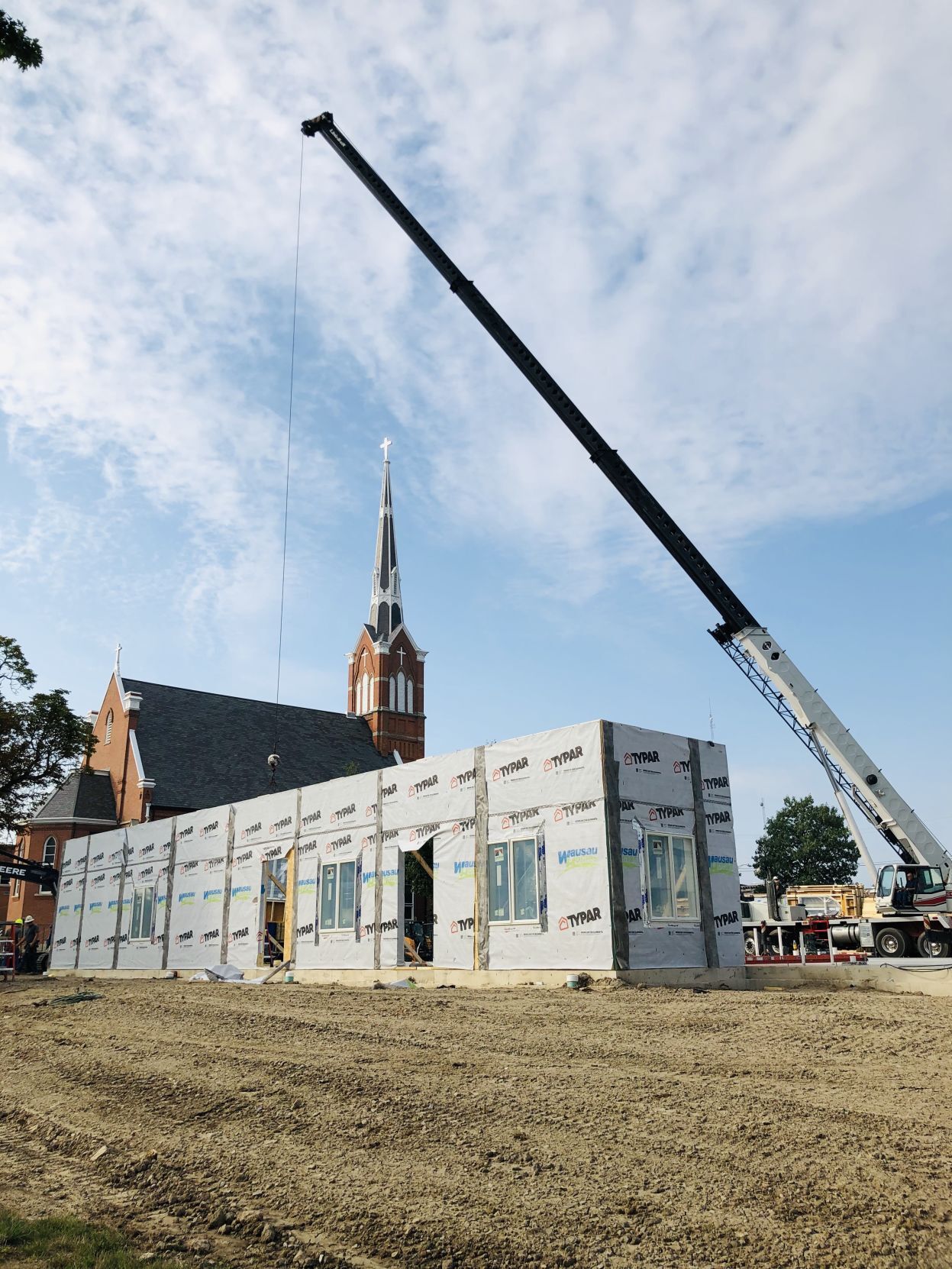 Crews from Rupp Rosebrock Inc., Napoleon, put together the exterior walls of the new St. Augustine Center across from St. Augustine Catholic Church in Napoleon on Tuesday. 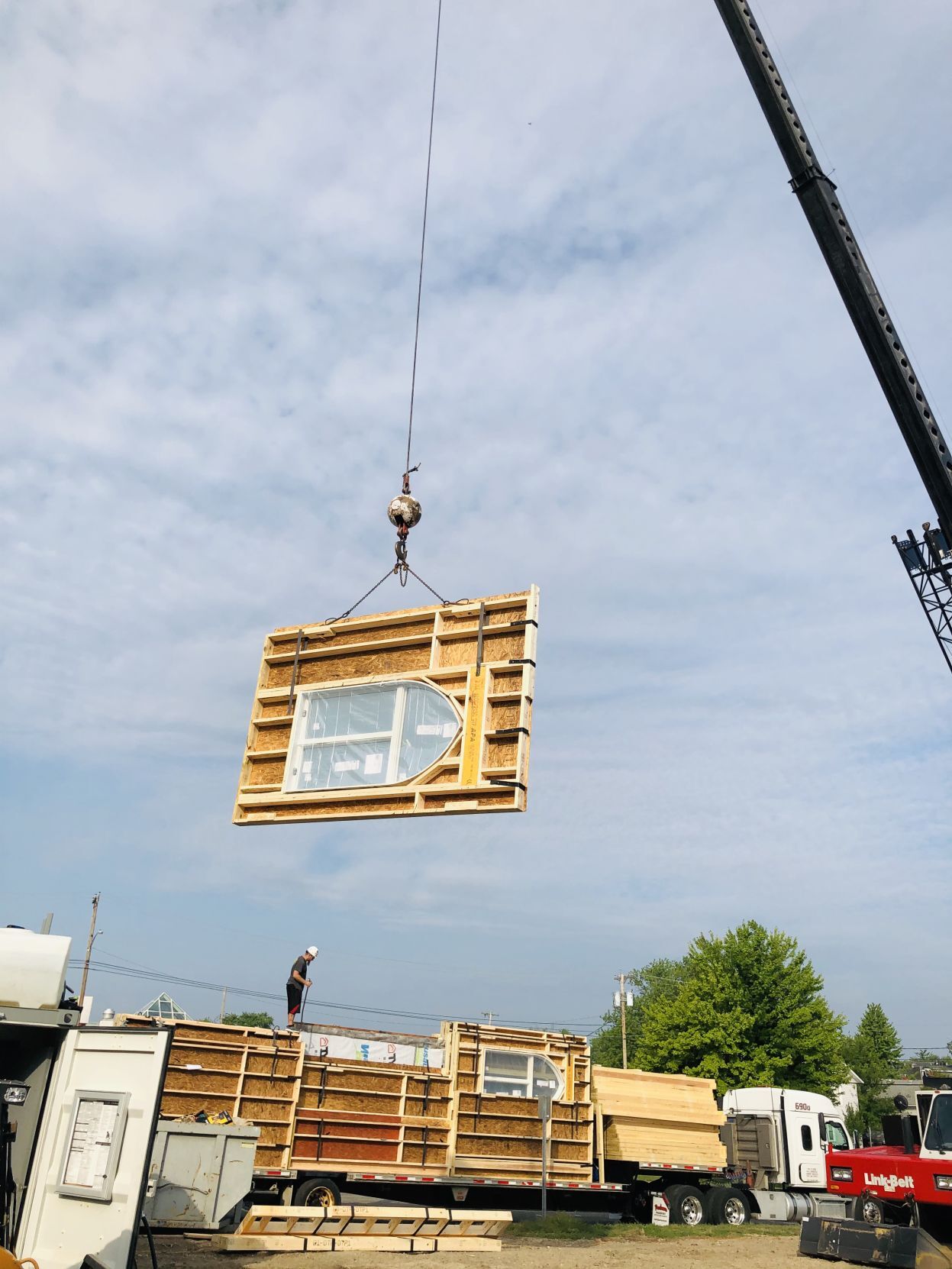 Crews from Rupp Rosebrock Inc., Napoleon, use a crane to move one of the exterior walls of the new St. Augustine Center into place on Tuesday. The center is located across the street from St. Augustine Catholic Church in Napoleon. 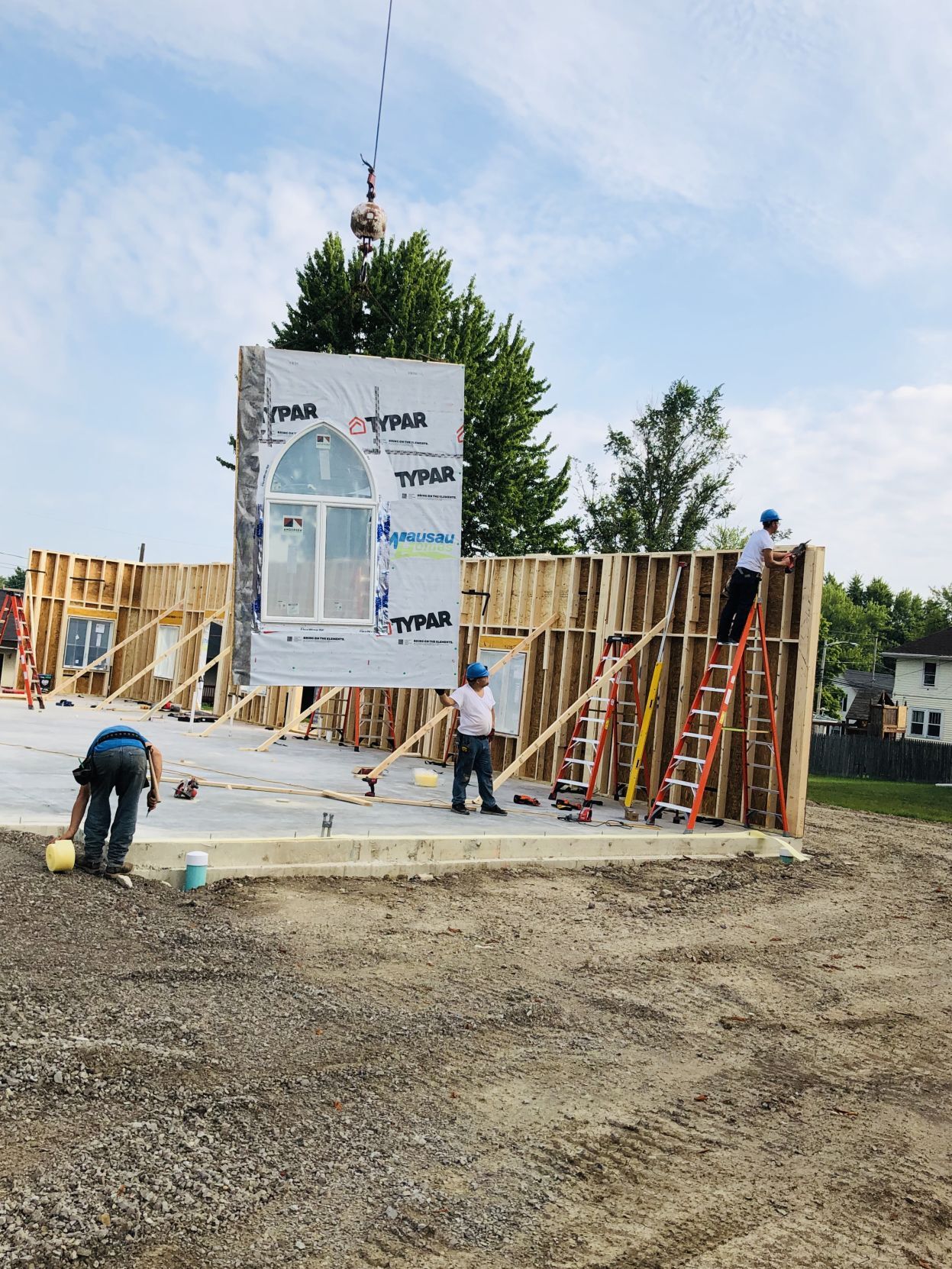 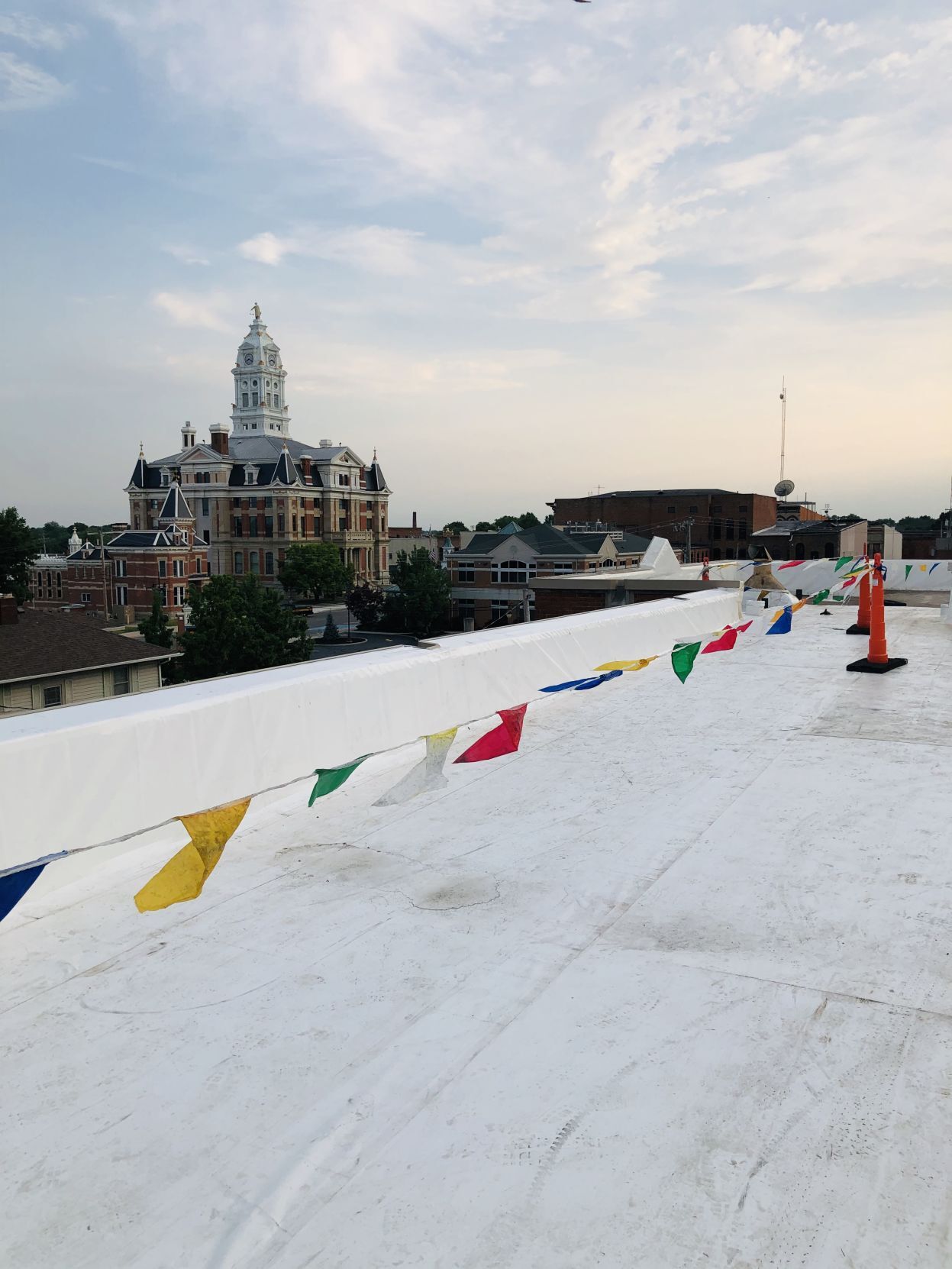 Crews from Rupp Rosebrock Inc., Napoleon, put together the exterior walls of the new St. Augustine Center across from St. Augustine Catholic Church in Napoleon on Tuesday.

Crews from Rupp Rosebrock Inc., Napoleon, use a crane to move one of the exterior walls of the new St. Augustine Center into place on Tuesday. The center is located across the street from St. Augustine Catholic Church in Napoleon.

NAPOLEON — The walls of the new St. Augustine Center were put into place here Tuesday, marking another step forward in the St. Augustine Catholic Church “Building and Sustaining Our Legacy” capital campaign.

According to Rev. Doug Garand of St. Augustine’s, the campaign, which kicked off in 2019, has raised $715,000, and has the rest of the $1.1 million needed pledged ($385,000), to erect the building (which is necessary according to guidelines set forth from the Diocese of Toledo to start a building project).

“It’s amazing to see it go up so fast,” said Garand on the site of the build on Tuesday. “The building was pre-built at the Wausau Homes plant (in Wausau, Wis.), before being trucked here. They arrived at 6 a.m. this morning with the building panels that are wrapped and have the windows already installed. Rupp Rosebrock of Napoleon is the local builder for Wausau Homes in northwest Ohio, in fact, this building is the first project Rupp Rosebrock has done with Wausau Homes.

“It’s humbling and inspiring that people have come forward with their resources to make this building happen,” continued Garand. “They saw a need so that we could not only continue our ministries, but hopefully expand the ministries of the parish. This space will allow us to do more with our parishioners, to help them grow in the faith and to grow in their relationship with God.”

That parishioner even joked to Garand that they needed stained glass.

Said Garand: “I told him I was going to call him for a donation to pay for the stained glass, and he joked, ‘I don’t have the same phone number!’”

In addition, the “Building and Sustaining Our Legacy” capital campaign is continuing to raise money for brick replacement on the church steeple; the installation of new windows at St. Augustine Catholic School (located next to the church); the replacement of the lift at the church with an elevator; as well as painting, pew restoration and new flooring for the church.

Repairs to the roof of St. Augustine Catholic School were completed this summer, with the work done by Damschroder Roofing of Fremont.

With the former mobile units that housed the church offices and the food pantry removed to make room for construction, the church has been renting space at the Vocke Building in downtown Napoleon, while the St. Vincent de Paul food pantry has moved to North Perry Street.

In all, $1.2 million of the $2.3 million needed for all projects has been raised/pledged to date.

“The center is expected to be completed by April ... it’s the finish work (inside) that takes the most time,” said Garand. “The plumbers, electricians, the dry wallers, all that takes time. We’re hoping and praying it will be done sooner, and if they deliver it earlier, it will be a bonus.

“This project is just starting, and we still have other projects we would like to get done,” added Garand. “We’re very mindful of the budget, we don’t want any surprises, and we’re continuing to push forward. We’re thankful to have cost savings and time savings by going through Wausau Homes, but there’s still plenty of work ahead.”

Garand is very appreciative for the support the capital campaign has received, and he is hopeful the final goal will be reached to complete all projects.

“I would like to thank everyone who has participated in making the St. Augustine Center a reality, especially for their generosity and having a vision for the future for St. Augustine,” said Garand. “But like I said earlier, there’s still more work to do, and I look forward to the day when we finish all our projects.”