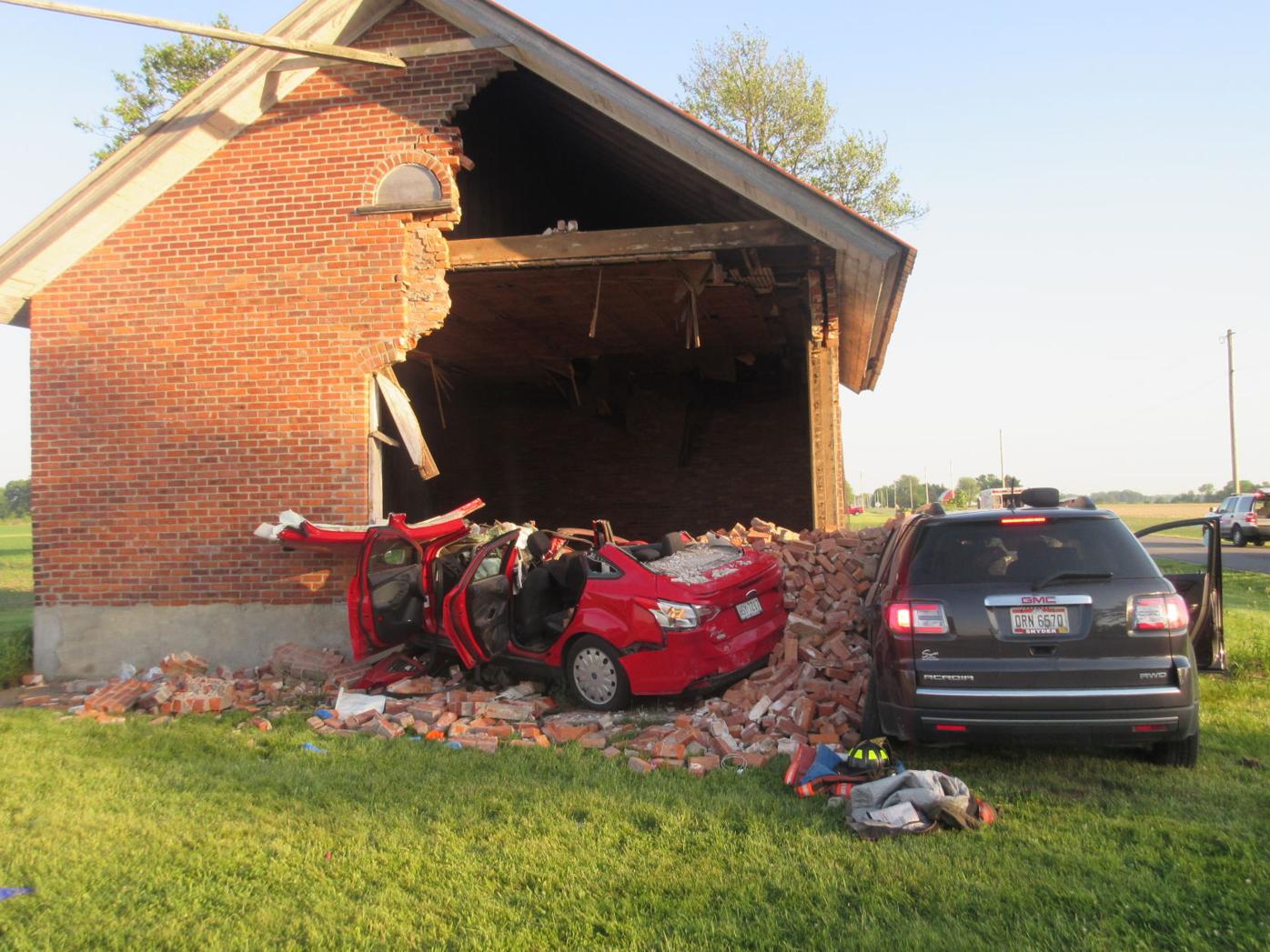 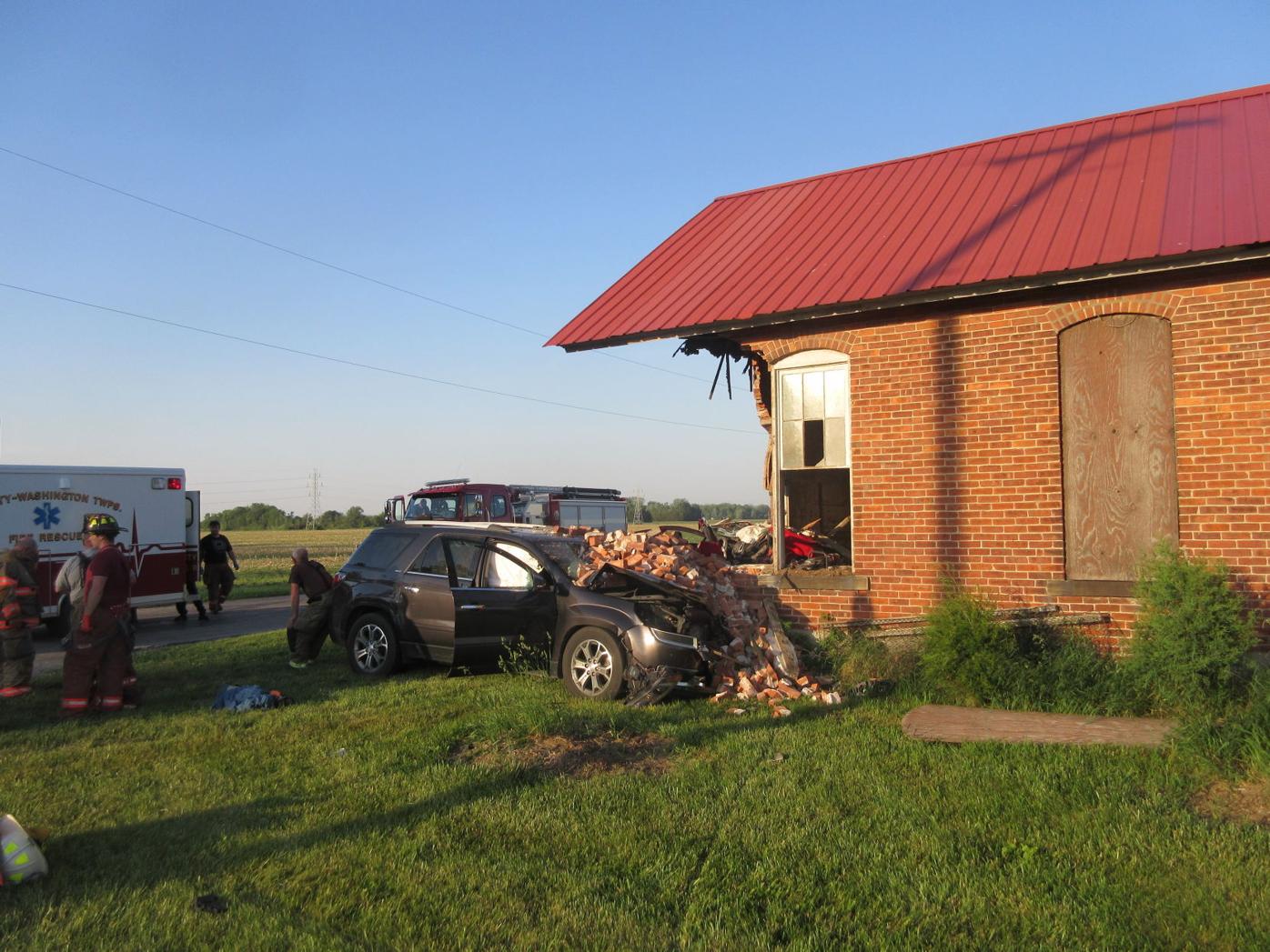 The above photo shows an SUV that struck a former one-room schoolhouse during a two-vehicle crash Tuesday evening at Henry County roads V and 10 near Liberty Center. Bricks from the building’s wall came down on the vehicle.

The above photo shows an SUV that struck a former one-room schoolhouse during a two-vehicle crash Tuesday evening at Henry County roads V and 10 near Liberty Center. Bricks from the building’s wall came down on the vehicle.

An air ambulance and fire/rescue units from three area departments were summoned to the two-vehicle crash that occurred at 6:51 p.m. Tuesday at County Roads V and 10, three miles northwest of Liberty Center.

In all, four juveniles and two adults were injured, according to the Henry County Sheriff’s Office crash report.

Deputies reported that a Ford Focus driven by Lesley Carter, 17, 1033 Riverside Ave., was southbound on County Road 10 when it failed to stop at a stop sign and collided with a GMC Acadia driven by Brenda Kruse, 42, Napoleon, which was eastbound on County Road V. Both vehicles then struck a former one-room brick schoolhouse on the southeast corner of the intersection.

Much of the building’s north brick wall and part of its west wall came down, with bricks striking and coming to rest on both vehicles.

Kruse, Carter and four passengers in her vehicle were transported to northwest Ohio hospitals.

Carter was taken by Delta Rescue to Fulton County Health Center, Wauseon, while Kruse was taken by Liberty Rescue to Henry County Hospital. Kruse’s three teenage passengers were not injured.

Extrication equipment was needed to remove the roof of the Ford Focus and free the injured persons inside.

No citation was listed on the crash report although the accident may still be under investigation.

On Sunday morning, a single-vehicle crash occurred on U.S. 6 about one mile east of Ridgeville Corners, injuring two Indiana residents, one seriously.

Jewel Pickett, 52, Butler, Ind., was taken from the scene by air ambulance to St. Vincent Mercy Medical Center where her condition was unavailable Tuesday evening.

Pickett was a passenger in a vehicle driven by Michael Pickett, 55, Butler, Ind., which was westbound on U.S. 6, between Henry County roads 19 and 20 east of Ridgeville, when it traveled off the right side of the road and into a ditch. The vehicle then struck a culvert and two trees before rolling over and coming to rest upright, according to the Henry County Sheriff’s Office crash report.

The sheriff’s office was assisted in that crash by the Ridgeville Township Volunteer Fire Department as well as the Henry County dog warden.