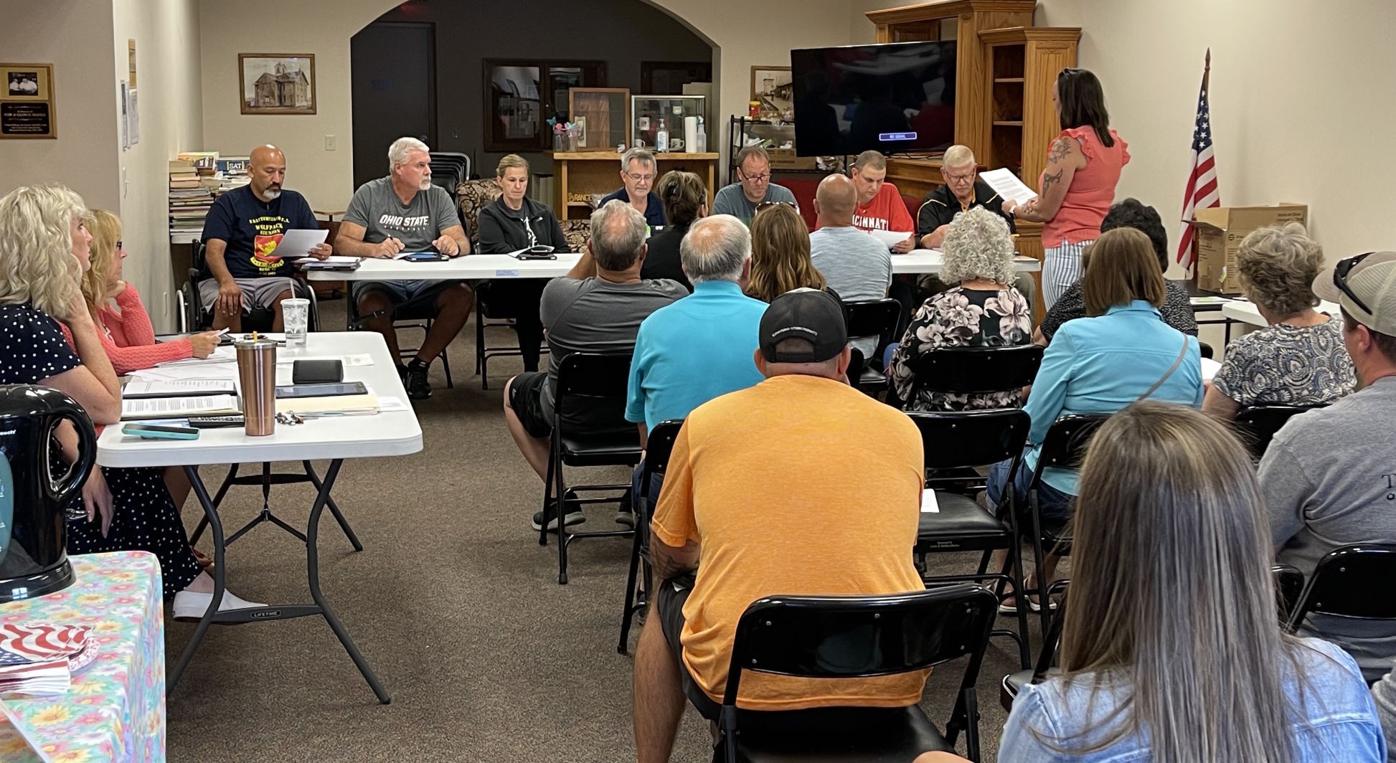 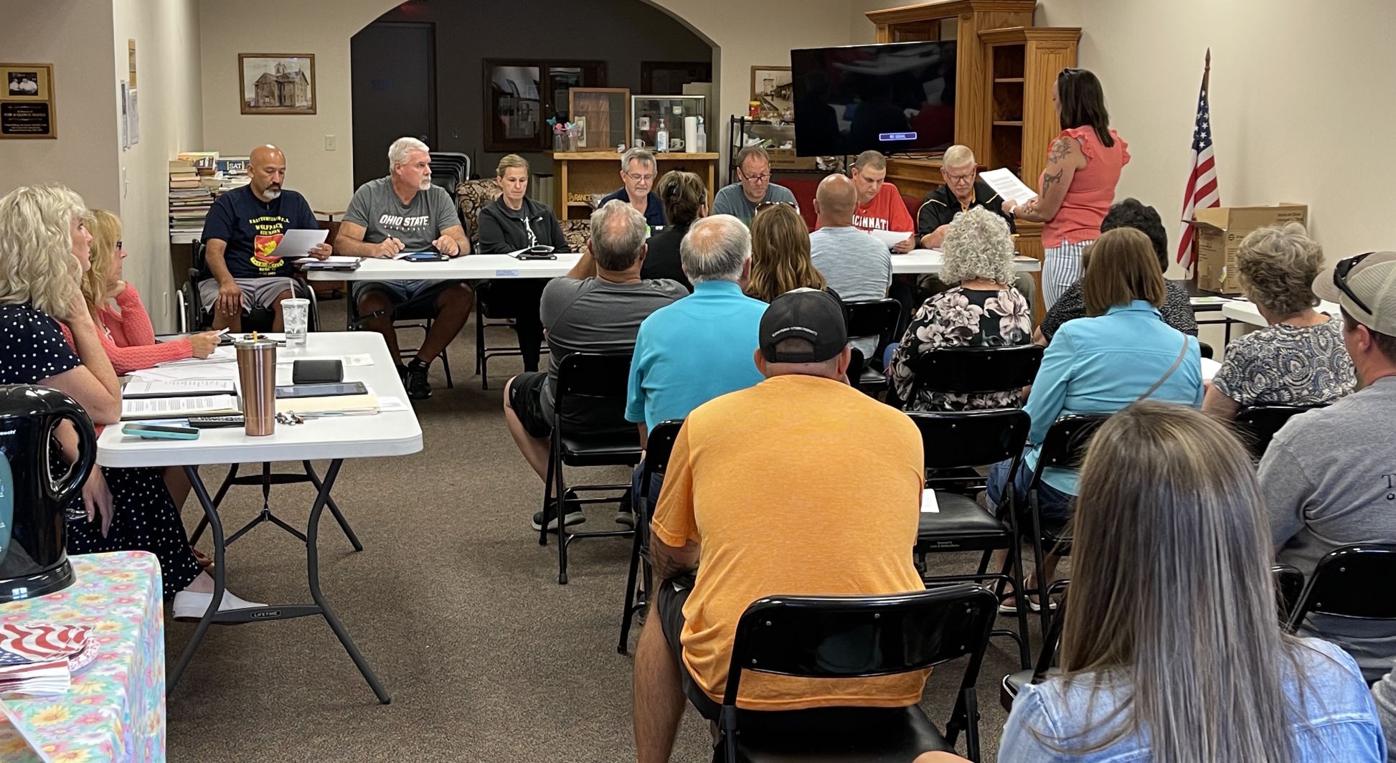 SHERWOOD — Monday’s monthly meeting of the Sherwood Village Council was attended by nearly two dozen citizens looking to voice their concerns about a possible upcoming project.

The “Cepheus Solar Project” has been a hot-button topic for several months, not only among those who reside within the village but also among township and county officials.

The proposed solar field project is set to occupy acreage to the north and east of the village.

On, Monday those opposing the project had their opportunity to voice their displeasure about the project.

Hange, who provided village officials several pages of research materials, added that many of the concerns with the project “included but aren’t limited to” issues like exposure to chemicals, excessive storm run-off, devaluation of properties and lack of economic growth for the village and its businesses.

Others like John and Kate Hagerty questioned the long-term plan for the project, questioning the fate of the land when the solar panel project is no longer running and the effect the panels will have on the regional wildlife.

Land owner, Todd Rosebrock, who is leasing his land to house the project, also joined the meeting via telephone to state his opinion and answer questions.

“This project came along and the company explained to us the benefits that would come into the Sherwood community,” said Rosebrock about his family’s thought process to lease the land for the project. “And it sounded pretty good to us. A lot of people talk about clean, renewable energy and a project like this is (one).

“And according to the contract, the company would have to return (the land) to its original condition,” added Rosebrock. “So at the end of the contract it would be farm-able just like it is today. But really, I can think of three million reasons why this project is good for all of us.”

Another worry for Sherwood-area residents is the sale of the project’s parent company.

7x.energy, the original company behind the project, recently sold the rights to Light Source BP, causing further concern from residents about “promises” that were originally made. According to the project director, however, those promises will be kept by the new company.

“BP is a company with strong backing and an interest in developing solar fields,” explained Cliff Scher, who also joined the meeting via phone. “They look to continue the commitments that we’ve given and those that we’ve talked about.”

Some of those commitments, according to Scher, include more than $200,000 for the Central Local School district and more than $250,000 that will be received by townships, Defiance County, and Four County Career Center among others.

Village and county officials reminded residents, both for and against the project, that they can let their opinions be heard by contacting the siting board. And one county office that was represented Monday told residents it would be doing just that.

“I cannot speak for the county commissioners,” explained Erika Wilitzer, executive director of the Defiance County Economic Development office. “But our office will formally put a letter into the Ohio Siting board opposing the project, but we’re waiting until after they submit their application.”

Residents who would like to state their opinion on the project can do so by sending their letters to the Ohio Power Siting Board at 180 E. Broad St., Columbus, Ohio, 43215. The case number that should be cited on the letter is 21-0293-EL-BGN-Cepheus Solar.

Residents can also contact the Ohio Power Siting Board at PUCO.ohio.gov or at OPSB.ohio.gov.

In other business, ,council:

• approved a quote from Buckeye Roofing on fixing the roof leak on the community room.

• learned that the water line project on Water St. will begin soon.

• reminded residents that the fireman/EMS recognition dinner will be held Sunday at 4 p.m.

• told residents that paving will begin at the end of the month on Vine St. The paving project will case the availability of the yard-waste bags to be moved to the other end of the building.

• approved applying for the first round of Coronavirus Local Fiscal Recovery Funds. Officials noted that the grant would provide around $84,000 made in two payments.

• reminded residents that the food pantry will be open on July 21 from 8-10 a.m.

• heard from a local resident about water issues near the condominiums in the Heritage Drive area. Recent rains have caused sewer problems.

• discussed options for cutting the grass growing around the new fire station facility.