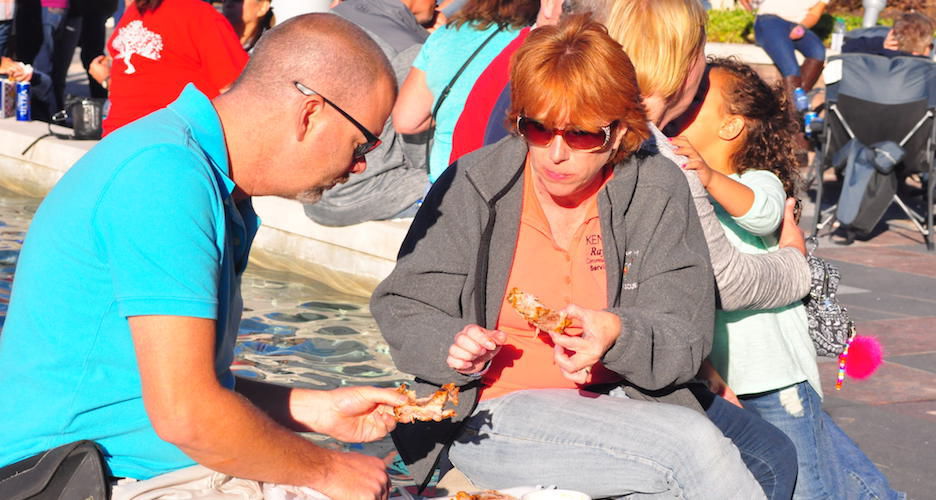 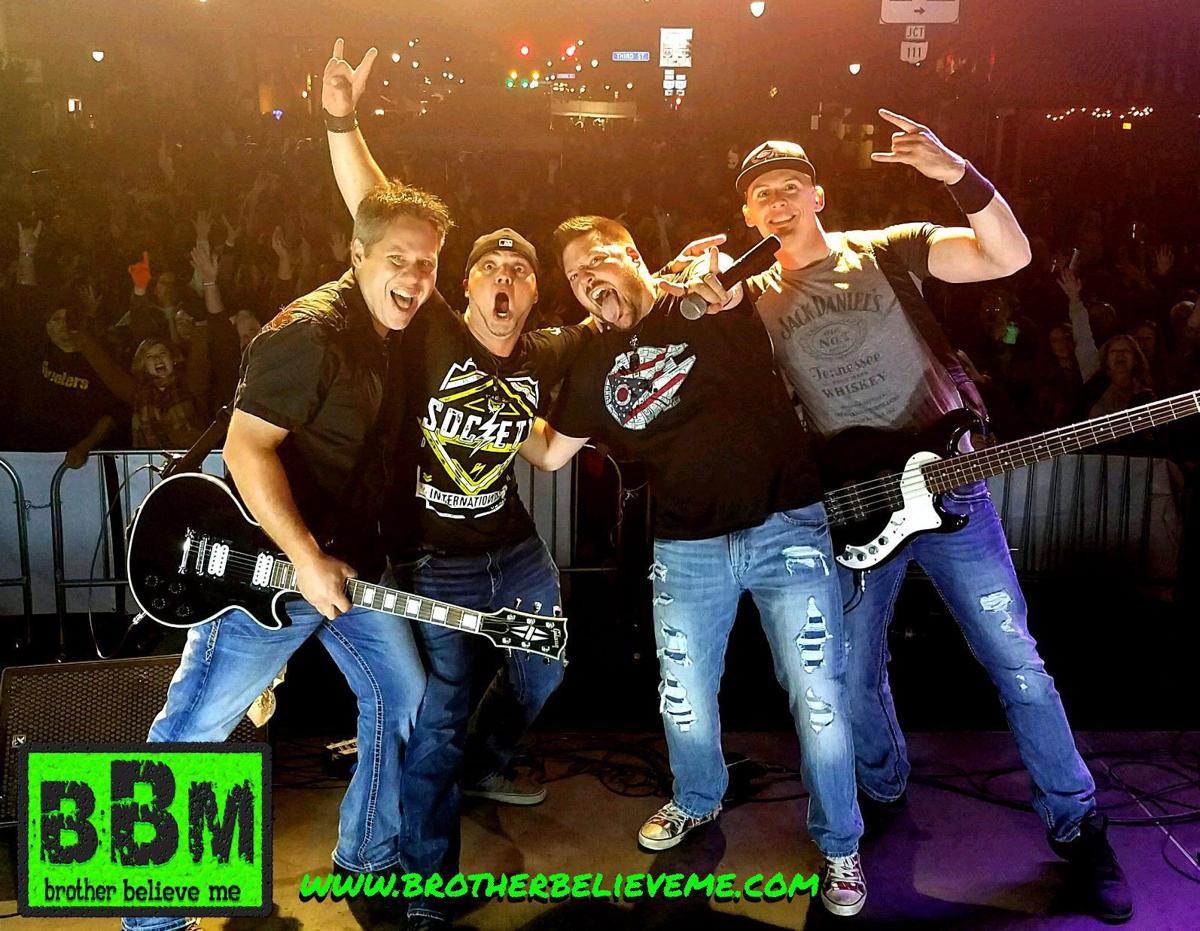 Brother Believe Me will have an encore performance at the Rockin’ the Rivers Rib Fest in Defiance on Saturday. They are shown here at last year’s event.

Brother Believe Me will have an encore performance at the Rockin’ the Rivers Rib Fest in Defiance on Saturday. They are shown here at last year’s event.

The annual Rockin’ the Rivers Rib Fest will be held Saturday in downtown Defiance (see additional story, Page A11).

There will be a few changes this year to the event, which is organized by the Downtown Development and Visitors Bureau (DDVB). Starting off, there will be no gate location at Clinton and Second streets.

Kirstie Mack, executive director of the DDVB, said safety concerns have caused that gate to be eliminated.

“We didn’t want people to be standing in that intersection (waiting to get in),” she said.

There will be gates on West Third and Perry streets; East Fourth and Clinton streets; and Clinton and Fifth streets. Gates will open at 3:30 p.m.

Admission is $5 per person, with individuals age 65 and older and those age 10 and younger admitted for free. Approximately 7,500 people attend the rib fest each year.

Another change to this year’s event will be a large beer garden, as well as a beer tent.

“We’re bringing that back so attendees have a place to watch the Ohio State-Penn State game,” Mack said, adding there will be four big screen TVs. Mack also thanked the Optimist Club and City Beverage for the adult beverages at the event.

To ensure everyone makes it home okay from the rib fest, Grant Insurance Agency is sponsoring two cabs.

“So if anyone needs a ride, they will be parked outside the gate on West Third (Street) starting at 8 p.m.,” Mack said, adding the rides are free.

The main draw of the day will be the ribs, with 10 vendors available. A two-piece sampler will be $4, with a half a rack costing $11 and a full rack $20. Pulled pork sandwiches will be available for $4.

It is free to vote on the people’s choice award. Eight judges also will decide on the judges’ award based on the taste, tenderness and sauce of each vendor’s ribs.

The panel of judges also will vote on the Walter Nickerson Award. The Nickerson award is given in honor of Walter Nickerson Sr., who passed away in 2016 and was a staple of the local barbecue industry. It is given to the vendor with the best sauce.

While people are sampling the ribs, they also have the opportunity to purchase a 50/50 ticket. Individuals will be walking around selling tickets, with the proceeds benefiting the downtown beautification efforts. The winner will be announced Monday and need not be present to win.

Downtown also will be rocking with live entertainment.

Taking the stage from 4-6:30 p.m. will be Nashville-based country musician Angel Edwards. The singer and songwriter was born and raised in Toledo before she headed to Nashville. According to her website, Edwards has plans to release a new EP in 2019 which will feature her acclaimed single, “High On The Good Times.”

The headlining band is Brother Believe Me, aka BBM, who is returning for an encore performance after playing the rib fest last year. The band will take the stage from 7-11 p.m.

“They felt our crowd was so fantastic that they used a photo from our event in their 2018 promotional package,” Mack said.

Mack thanked everyone for their support for the rib fest.

“There’s no way we could do this without the support of the community — organizations, businesses and people who attend,” she said. “Be sure to come and have a good time in downtown Defiance.”

For more information on the Rockin’ the Rivers Music and Rib Fest, go to VisitDefianceOhio.com or Facebook at Facebook.com/RockinTheRiversRibfest.