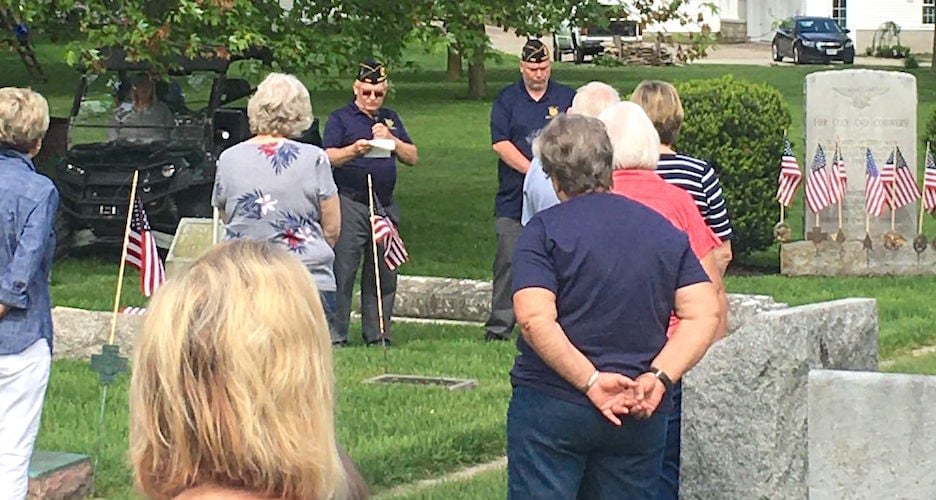 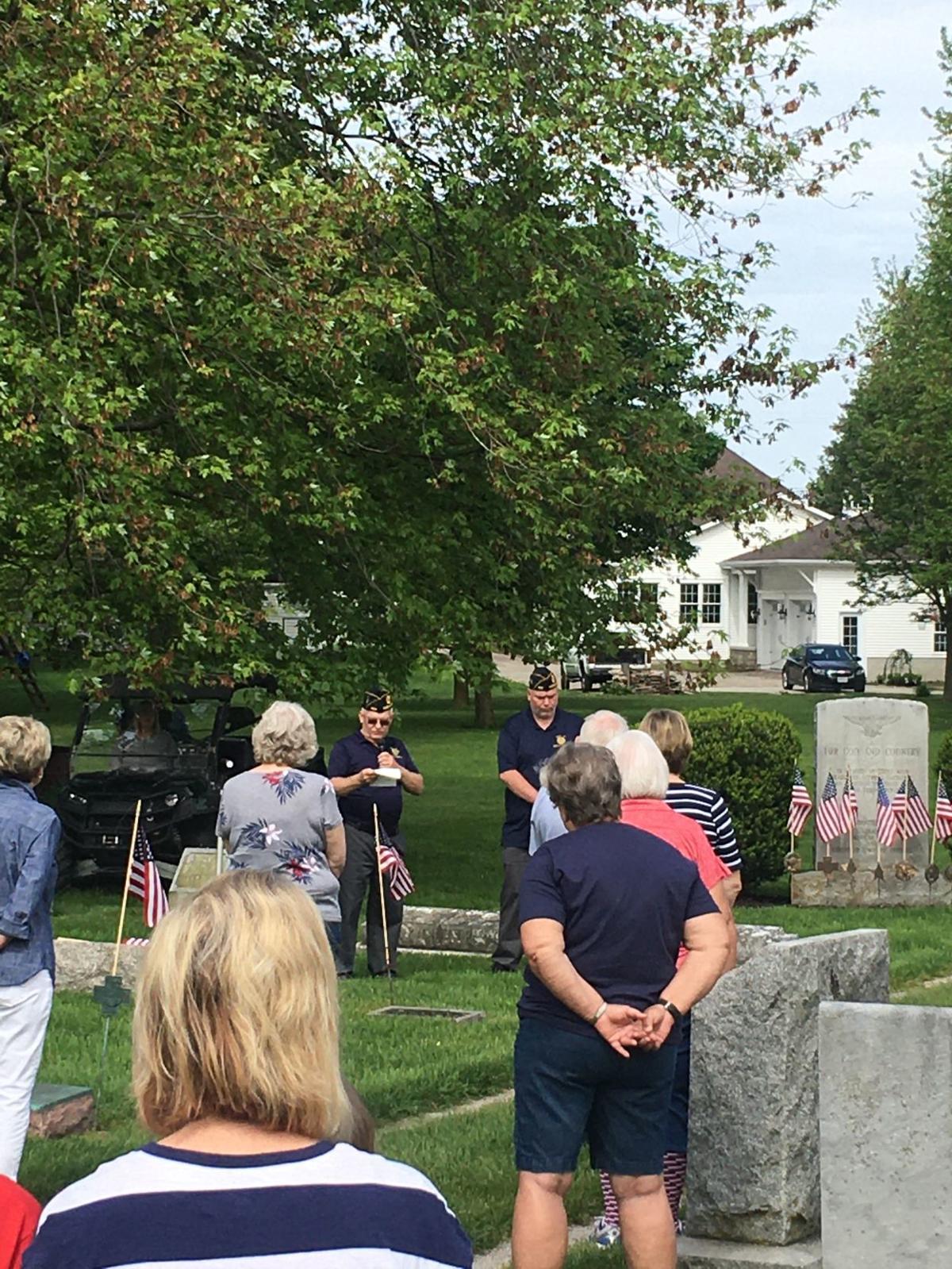 Ted Ripke, commander of American Legion Post 454 in Henry County, reads off the names of fallen U.S. service members during a Memorial Day ceremony Monday morning at Locust Cemetery in Ridgeville Corners. The post held an abbreviated ceremony this year due to the coronavirus situation.

Ted Ripke, commander of American Legion Post 454 in Henry County, reads off the names of fallen U.S. service members during a Memorial Day ceremony Monday morning at Locust Cemetery in Ridgeville Corners. The post held an abbreviated ceremony this year due to the coronavirus situation.

RIDGEVILLE CORNERS — On a day when most communities were not holding a Memorial Day service due to the coronavirus situation, one local American Legion post decided to continue the tradition here on Monday.

Post 454 didn’t stick to its usual Memorial Day script, opting for an abbreviated ceremony at Locust Cemetery in Ridgeville. But during sunny, warm weather Monday morning, post members gathered around the cemetery’s war monument to honor U.S. veterans who had fallen in the service of their country.

Ted Ripke, the post’s commander and a Vietnam War veteran, named nearly two dozen veterans from Napoleon, Ridgeville and Henry County’s Freedom Township who fell during World War I, World II, the Korean War and the Vietnam War. (None have died in the line of duty since the Vietnam War, he noted).

The playing of "Taps" by a bugler, a 21-gun salute by an honor guard and a prayer concluded the brief program which lasted approximately 10 minutes.

About 60 residents attended, along with about two dozen persons who carried out the ceremony.

Ripke said approximately 400 people have attended that more lengthy ceremony in past years. While the program was shortened this year and moved to Locust Cemetery, Ripke said the post had been committed to the program for several weeks.

“It was our duty no matter what to show respect and honor men and women who gave their lives in defense of our country,” said Ripke. “And we were going to do it outside this year, so we figured we could social distance and still achieve the effect of honoring our fallen comrades.”

He explained that the post decided on May 1 it would not be able to hold the traditional, longer service due to the coronavirus situation.

“... May 1 we decided we couldn’t have it in the hall as we normally do,” Ripke said. “... it’s been a number of years since we’ve been able to come to the monument to do it here in the cemetery, and we thought what a better time and place than with the circumstances we have?”

He was pleased with the turnout.

“We’re happy with that,” Ripke said. “When we have it at the hall we usually have 400. But being out here, we’re just happy with the people that did want to come out and show respect.”

According to Ripke, the post’s past services have included a flag drill and songs by area children, musical selections by the Archbold High School band and a guest speaker in addition to the regular presentations.

This year’s planned speaker was from Fort Riley, Kan., Ripke said, but he cancelled due to the situation.