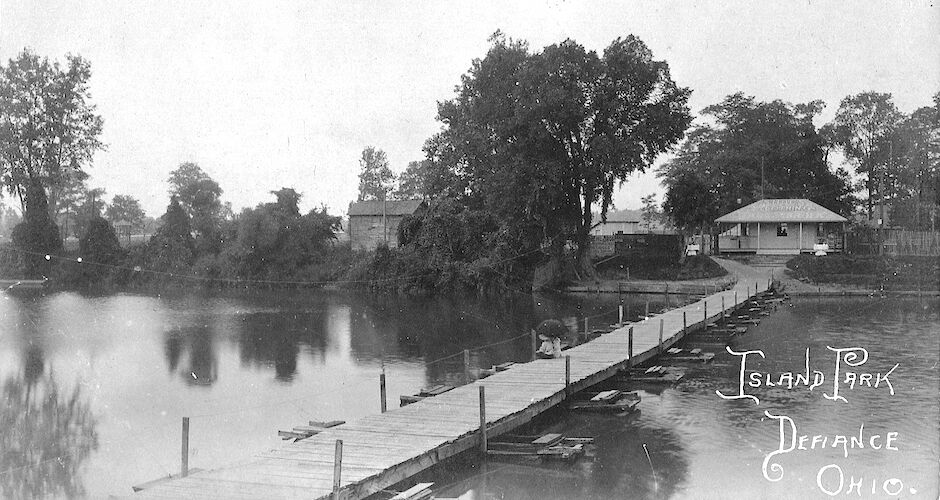 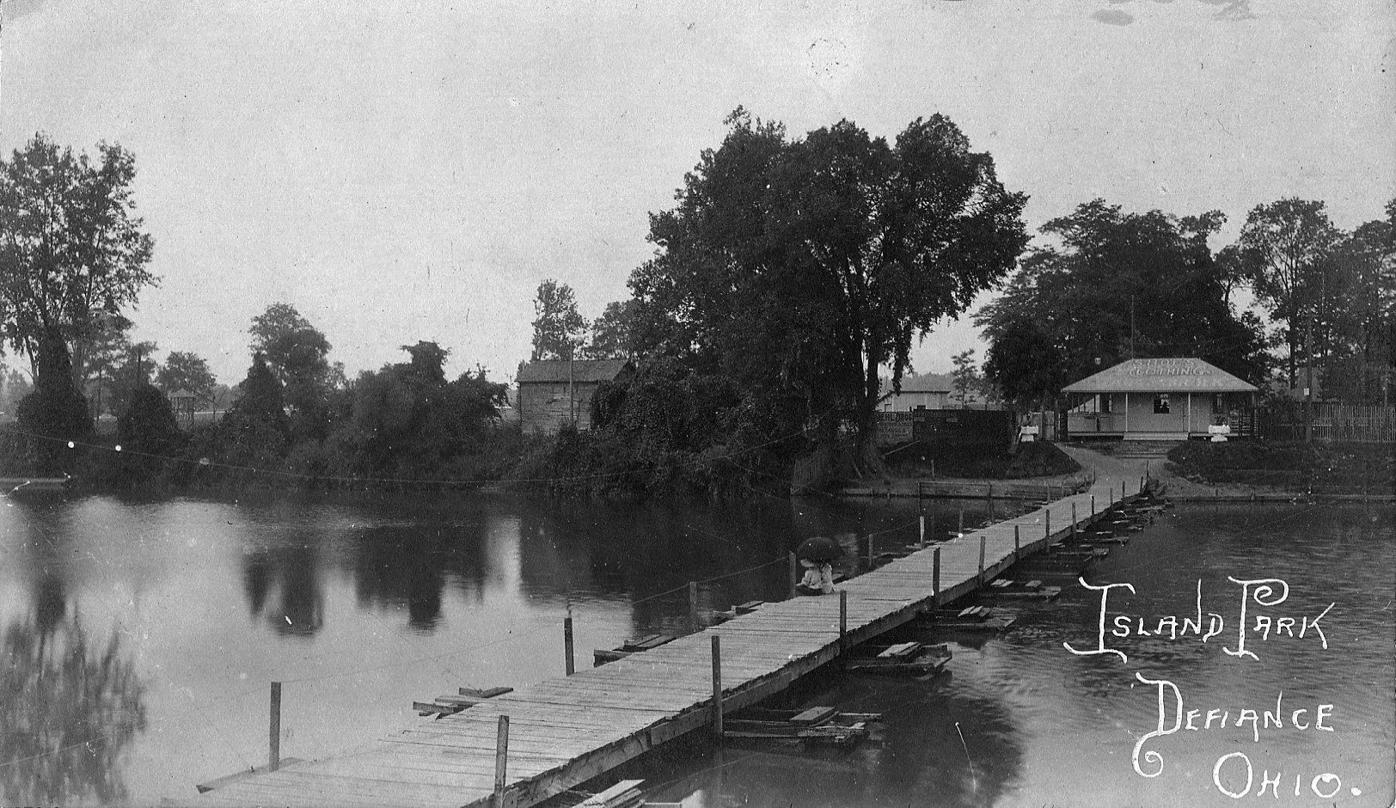 Officials from a nonprofit Indiana organization that recently acquired Defiance’s Preston Island visited the city Monday afternoon to learn a little more about the land mass in the middle of the Maumee River.

The lunch meeting was hosted by former Defiance Mayor Rita Kissner, whose Biede Place home on the south bank of the Maumee River has a clear view of the island, now owned by ACRES Land Trust in Huntertown, Ind. (just outside Fort Wayne).

Much of Younger’s presentation centered on the famous 1913 flood which covered the island and reached 20-25 feet above flood stage, he explained.

“The island as you’re looking at it was washed clear in 1913 with a terrific flood,” Younger told ACRES officials and several other persons who attended Monday’s event.

According to Younger, Preston’s use had been considerable. Once located there were an auditorium, administrative building, a pavilion, restaurant, race track, softball field and football field, he noted.

From 1902-1913 the island also served as home of an annual chautauqua event. These are described by one source as “an institution that provided popular adult education courses and entertainment in the late 19th and early 20th centuries.”

“It was dedicated to education and to political know-how, and some dealing with poverty,” explained Younger.

Also before the flood (in 1902), he related, local officials recreated near Preston Island the Battle of Santiago Bay in Cuba from the 1898 Spanish-American War.

“... even though chautauqua was big on the island ... the people that ran the island had a lot of great ideas about it,” said Younger.

But not much information remains available about the battle recreation, he indicated.

“... they did an awful lot of that kind of activity and none of it was really recorded very well,” Younger said.

An advertisement promoting the island before the flood noted that “Island Parkway is nature’s own creation,” Younger related. “It is situated in the middle of the Maumee River, about a mile and a half below the confluence of the Maumee and Auglaize, two of Ohio’s most majestic streams ... .”

Younger said before the flood “the island was absolutely a beautiful spot.”

Access was provided by a pontoon bridge via Island Park Avenue, a street just north of East Second Street. The street remains in use today, but its north terminus near the river has no view of Preston Island.

Earlier, McCann said he has spent time on ACRES website (acreslandtrust.org) and welcomed its officials to town.

“I’m excited about some of the things that you are doing in the various communities that you are involved in,” he said. “... if there’s anything I can do to assist you in anything you want to do in Defiance please let me know.”

Kissner also provided a brief overview of the history that took place within a short distance of Preston Island. This included events in the late 18th century involving Native American villages at the confluence of the Auglaize and Maumee rivers.

ACRES acquired the property in July 2017 at no cost from the Black Swamp Audubon Society.

The property is listed on the Defiance County Auditor’s website as comprising 23.2 acres.